A week and a half into Lent, how are things going for you?  On Ash Wednesday we heard of the three pillars of the season of Lent, of Prayer – Fasting and Almsgiving and usually, there are plenty of people who start off pretty enthusiastic about giving up some things, adding different practices, making changes, as they try to embrace those disciplines. But as those first days pass by, its not uncommon for many to find it to be a bit more challenging than they imagined when they started.  That’s particularly true with college students.

Thanks so much for stopping by to read my homily for the SECOND SUNDAY OF LENT – March 13, 2022, for sharing it on your social media posts and your feedback and comments…  I’m also grateful for all those who’ve asked for the audio version and share them as well at SOUNDCLOUD click HERE or from ITUNES as a podcast HERE.  May the Lord be glorified in your reading and sharing Sincerely in Christ – Father Jim

Working with college students, it’s not only rewarding spiritually on a personal level – but it’s also incredibly hysterical.  And Lent opens itself to a wide variety of examples to prove that point.  There was a year when one guy who was a missionary and working at our Newman Center had decided to give up eating meat for the entire season of Lent.  I don’t think he realized at the time that there was a “Men’s Night” scheduled that – the non-religious aspect of the night was a 5-course meal that featured bacon (the men’s night was called “Bacon Night” – real original).  When I out of compassion purchased a box of tofu bacon (I think it was made out of tofu…) So he could still feel included, as he took a bite of this fake bacon, he looked at me like he was going to cry and said something about how this just had made everything worse.

Or – one of my first years working with these characters, one student couldn’t wait to tell me how seriously he was taking Lent.  That this being his first year he could legally drink alcohol that he was giving it up for Lent.  Which, suffice it to say, I can attest was a tremendous sacrifice for him.  Knowing his Irish heritage and how in previous years he had gone into NYC with his fraternity brothers I said “wow, that’s impressive, your first legal St. Patrick’s Day and you’re going to be sober.”  The eyebrows went up as did both hands “Oh, St. Patrick’s Day doesn’t count” – “Really?”  I asked – by my calendar March 17th falls during Lent.  “Yeah, but that’s one of those you know days you get a free-bee” he pronounced – “you mean you’re dispensed from it?”  “Yeah that’s it… dispensed” – well who told you that???  This literally went on for a good 5 minutes, where I threw in a few bombs like “heaven’s not for everybody” “I must’ve missed that part of the passion narrative when Jesus said he was tired of being on the cross, so he was going to climb down…” Who says Catholic guilt doesn’t work anymore – he was completely dry that St. Patrick’s Day.  I’m usually not that aggressive with my beloved, but that year I had given up coffee (and all caffeine) for Lent which yeah, was a bit of a disaster for me personally.  Whatever spiritual good would’ve come from such a sacrifice and act of self-denial I know I ruined by my complaining about it every single day up until Easter.

Why do we go through these ordeals each year?  What is the point of Fasting, Prayer, and Almsgiving?  I think for a lot of us we kind of have it in mind that it’s something we “have” to do or are “supposed” to do during Lent – but the why can start to fade in our everyday lives and we just find ourselves aggravated as we stop ourselves from grabbing for that thing I promised myself (and the Lord) I was going to refrain from; or feeling a bit stressed trying to keep up with that extra time for prayer or that devotion I was committing to… or as I see gas prices and prices for everything going up, start to re-calculate exactly how much I was willing to offer to give to someone else in need. 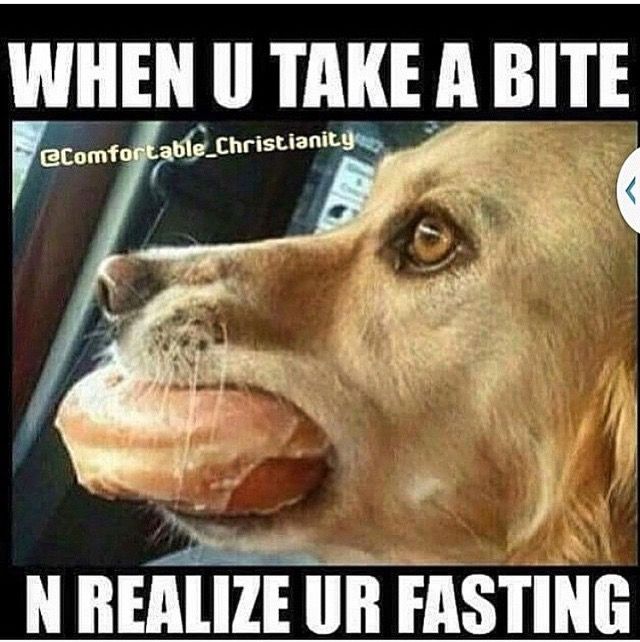 These readings for the Second Sunday of Lent speak to those understandable human impulses.  Especially today’s second reading from St. Paul’s letter to the Philippians.  St. Paul lays out the two very different paths that are available – and that there are only two.  Living as people who are enemies of the cross of Jesus Christ or as people who embrace it.

That probably strikes us as a bit extreme.  We’re conditioned to want to accommodate a wide variety of degrees in between.  But Paul is giving voice to the needed “wake-up call” that Lent is supposed to unsettle within each and everyone of us.  Are we following the ways of the world, looking to fit in, not wanting to rock the boat and in the process, even very subtly becoming “enemies” of the cross?  Our being here can make us defensive to say “obviously the answer is no.”

But St. Paul isn’t speaking to us to accuse us or make us feel guilty.  He’s speaking from his own personal experience where before his conversion to Christ how he was in fact a vicious enemy to Jesus Christ and His followers.  He’s speaking from his own personal experience after his conversion to Jesus Christ how different sins, different temptations would re-emerge that he would pray that God would just remove from him – that the temptation itself, the weakness, whatever it was that was tormenting him (which he describes as a “thorn in his side”) – would simply be removed from being a thing at all in his life.  To which Jesus responded to Paul “my grace is sufficient for you.”    In a sense, Jesus was telling him as hard as it was to resist the temptation to sin he still had that freedom, that free will within to make that choice, to make that decision not to.

This is why Paul in today’s reading is helpful for us to reflect on this Second Sunday of Lent. He doesn’t say that everything in this world, everything that we feed on, that we enjoy is evil.  The things my college students gave up: meat, alcohol aren’t evil.  Coffee is most definitely not evil but yet another sign of the goodness and benevolence and blessing of our All loving, All good God…  What Paul talks about is our passions, our desires, our appetites that can VERY EASILY be out of whack.  That’s where there’s the contrast between those who are enemies of the cross of Jesus Christ or those who embrace it is coming from.    And our fasting, our prayer, our almsgiving is designed to help us become masters of our passions, to learn to purify our desires, to get a handle on our appetites to be sure they aren’t becoming things that I’m enslaved to, that they’re not becoming gods I’ve created for myself that I end up serving – end up obeying.  Which is a bit more common in our world.  Where there are other things that have become idols, gods that people end up serving

That isn’t something that is new either.  In that first reading, Abram – before his name change to Abraham is confronted with that same challenge.   God asks Abram who he wants to follow, whose voice he will listen to and trust, who will in fact be his God?   As unimaginable to him these promises that the Lord was proposing to him which seemed so at odds to his life and his experience – namely being old and he and his wife childless to be told that he would have descendants as numerous as the stars of heaven – the divine author of Genesis captures the decision simply and profoundly as “Abram put his faith in the Lord” – and we hear this bizarre episode of cutting animals and mysterious items “smoking fire pot, a flaming torch” passing through those sacrificed animals.  That was the way ancient civilizations made irrevocable promises.  This was a covenant that said – if either of us breaks this bond, may what happened to these animals happen to us.  What’s most remarkable is that we only read that God walks through it – the Lord made that covenant with Abram – but we don’t hear that Abram did so as well.  Meaning God bound himself to this.  He wanted that same commitment but didn’t put Abram under that same penalty.  God knows the human heart and how temptations, this struggle to choose Him or to give into our desires, our passions, our appetites and become enemies to Him will be a recurring thing.

Look at Peter, James, and John in today’s Gospel.  In Luke’s account of the transfiguration, as they’re experiencing Jesus’ glory, becoming dazzling white and oh yeah SPEAKING WITH MOSES AND ELIJAH – What’s their reaction?  They fall asleep!    Not to beat up or pile on them here…it was a human reaction, a human response.  They felt at peace… it was comforting. And Peter’s default – is understandable… it’s human – let’s stay here.

But love isn’t meant to be selfish or self-oriented like that.  Jesus loves Peter, James and John, which is why they were there and experienced the Transfiguration in the first place.  And Peter is still learning that love calls him to embrace God’s vision.  To yes see the good things they’ve experienced and rejoice in their blessings, but always with their hearts, their minds, their souls open to the voice of the Lord. Who makes things crystal clear once again in the Father saying “this is my chosen Son, listen to Him.”  Making that choice to follow Him, knowing now beyond a shadow of a doubt (again) that Jesus is who He says He is… following Him down that mountain, and to the cross.

Yes, to the cross.  That’s our call too – not just this Lent, but our entire lives as disciples of Jesus Christ… To be sure we’re not becoming enemies of the cross by giving into ourselves and our inclinations and impulses.  May our continued steps this lent through our personal commitments to pray, fast and give, renew that choice for each of us to purify us within, to let go of anything, any way that undermines our commitment… and instead reaffirms we’re embracing the Cross.  Finding when we do, the intimacy of being embraced by Him.