Hi everyone, here’s my homily for – April 25, 2015 – Fourth Sunday of Easter. The readings for today’s Mass can be found at: http://usccb.org/bible/readings/042615.cfm Thanks as always for reading, for your feedback and for sharing this on Twitter, Facebook, Reddit, etc. Have a great week – God Bless, Fr Jim 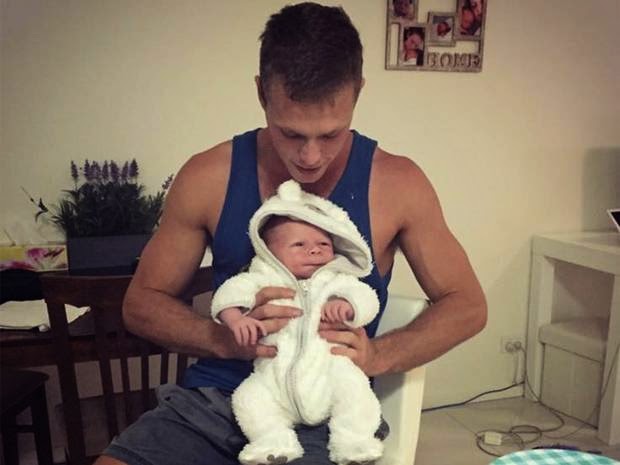 The picture that floated on my facebook feed looked like it could’ve been one of many of the students I minister to at Montclair State. That’s probably why it caught my attention: this young guy, dressed like he just came back from being on the beach, holding this beautiful newborn baby boy. Was this a current student with a new brother or nephew? Maybe an alumn holding his son? And then I noticed the headline attached to the picture: 23 year old Australian student adopts pregnant, homeless 17 year old cousin to ‘give her a chance at a better life.’

Tommy Connolly who was an aspiring athlete went to track down his long-lost cousin before resuming studies at the University of the Sunshine Coast.  It had been almost a decade since he had last seen her, but never in his wildest imaginations could he have imagined how much had changed for her in those years.  She was sleeping outdoors near the coast; 32 weeks pregnant; the father of the baby was in jail; the girl’s parents being heroin addicts themselves were not a part of her life (as Tommy describes it, “She’s spent more time on the streets than anywhere else, and knows the police better than she knows her own family”)  She was practically illiterate, no phone, no shoes. So Tommy made a bold decision:  he took his cousin into his home during her last weeks of pregnancy; and then began to sell fruits and vegetables in between studies to cover the cost of moving into a new, bigger space and to prepare to welcome his baby cousin.


Most of this would’ve remained anonymous, had it not been for Tommy’s older brother starting a go-fund me page to help them get a little more secure. As his brother describes it: Without giving a second thought Tommy took her in and spent all his spare time working to get her clothes, medical needs and government assistance. At the age of just 23 Tommy took in our little cousin and found them both a place to live that was safe and could house them both plus the new born baby. He did all of this whilst studying, training and working long hours to make ends meet. A month ago our little cousin gave birth to a health baby boy and the first person he saw that cut the cord was my brother Tommy. So dedicated he was that he sat patiently in the emergency room finishing his University assignments while he waited for her to recover from the birth. As you can see by this picture mum and baby are perfectly healthy and happy and Tommy was there for the whole thing. [The GO-FUND Me page can be found at http://www.gofundme.com/helpmybrotommy]

Every year on this Fourth Sunday of Easter we hear one of Jesus’ “The Good Shepherd” gospels. Being removed from farm life, not knowing much about sheep or shepherds, the full weight of the symbolism, the meaning, the significance of all that can fly over our heads. But for Jesus and his original listeners, it would’ve resonated quite profoundly. 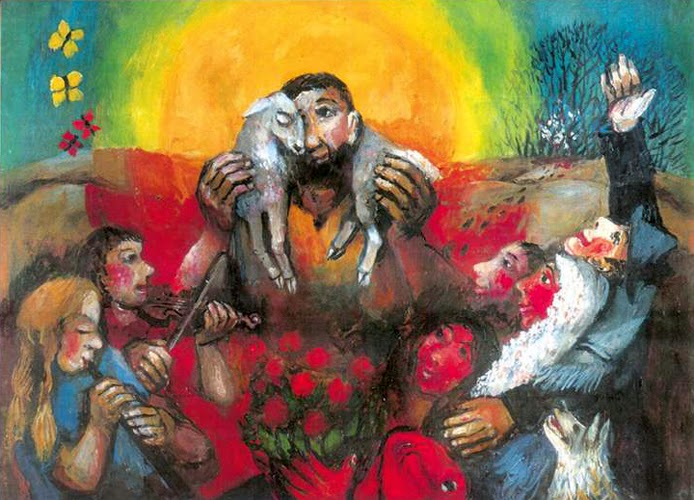 Shepherds are by their nature protective of these simple, needy, lovable creatures, these sheep.  They become so protective that they end up sleeping in front of the gate of the pen to make sure they don’t wander off or, even more, to keep watch to make sure that some other vicious animal – like a wolf – preying on these weak animals, don’t come and attack them.  Should one of the sheep get lost, the Shepherd would know, and the sheep would be able to identify their shepherd by his voice, by his smell as they were being sought after by the Shepherd.

Sadly that dedication seems foreign to many in our day and age. We might be more accustomed to the image of the hired hand – who works for a period of time, does his “job” – but his mind, his heart is elsewhere.  Taking care of the sheep, feeding them, getting them to their pen, yep – fine, but 5:00 its quitting time – see ya sheep. And you can bet if there’s some wild, ravenous wolf on the scene, he’s out of there.  Which is why Jesus makes the contrast – For the Shepherd, his life is tied to His sheep. Good times, bad times, they are his and he is theirs. The shepherd knows that in his heart, as do the sheep, who hear his voice and follow him.  So throughout these 7 short verses, Jesus keeps repeating I am the good shepherd. A good shepherd lays down his life for the sheep.
We know the depth of the meaning of those words to Christ as we look at the Cross. We see the standard he has set. And while on some level those images – whether they be sheep and shepherd or the cross on Calvary are familiar, and speak to us on some level, they still seem removed, still seem like a distant, foreign example for us to comprehend or ever begin to emulate.

Which is why stories like 23-year old Tommy Connolly are important for us to hear.  Interestingly, his older brother shared that previously Tommy had volunteered to work and raise funds for a school for underprivileged children in Ecuador.  No doubt most people would look at doing something like that as making him a “good person” – almost fulfilling some unwritten expectation that would place that title on him – and see this recent act, of putting himself out to the extent he has might even be dismissed or characterized as “extreme”  (I can almost hear some friend or relative saying to Tommy “that’s sweet Tommy, but don’t get involved… That’s not your worry…”) Yet, when we think about it, to go to the lengths he has, taking on his cousin’s burdens and new cousin’s needs – truly laying down his own wants, his own needs, his life–  all with the single hope of trying to help the little boy have the life his mother never had seems to be the personification of being a “Good shepherd.” 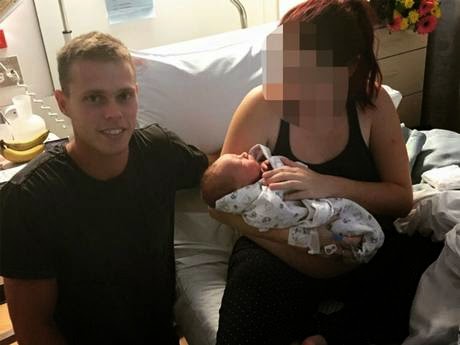 His cousin beautifully expressed her gratitude (where else but on facebook) as she said: Since carrying this gorgeous boy, all of my friends kept telling me that he would be taken away from me. This made my pregnancy very difficult. All I wanted was to give this little man a better life than I had – a second chance was all I wanted. Thank-you, Tommy for everything, and for helping me with my spelling.
To give birth to that kind of hope, to reawaken a faith – not even in God, but just in humanity, in her own family – that wasn’t something that could’ve been accomplished simply with a few generous donations or the perfunctory actions that any number of hired hands could’ve offered.  No, like Jesus, our Good Shepherd, Tommy seemed to know there was a call to lay down his life for another.

For you and I, we know that we’re being called and challenged at this very moment to do something for someone…  Who is it that we’re being sent to go out and seek? Who is it that is lost, scattered, forgotten that we need to bring back?  Who are the people filled with fear and doubts who need to have rekindled within themselves their great value, gifts and talents?  How are we being asked to bring the peace and justice of God into our relationships and communities? Jesus is giving us this true model of leadership – of humble, selflessness – of being Good Shepherds ourselves. Will we answer that call?