Latest News
Home /Blog/WHO ARE YOU TO SAY ANYTHING? 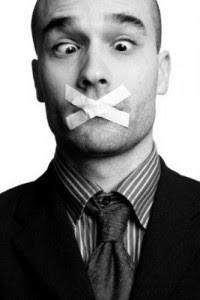 Hi everyone, here’s my homily for the FIFTH SUNDAY OF LENT – March 17, 2013.  The readings for today’s Mass can be found at http://usccb.org/bible/readings/031713-fifth-sunday-lent.cfm.

I am most grateful to the thousands of visitors who joined me “virtually” on my pilgrimage to Rome last week – and for the many, many comments, emails and messages.  God Bless, Fr. Jim

“Who are we to say anything?”  That’s a spoken and unspoken thought that many of us have when it comes to questions of morality, the reality of sin.  And often times that’s attached with a mis-reading of this gospel.

A few weeks ago here at Montclair State University, Newman Catholic Campus Ministry was able to welcome Chris Stefanick, a Catholic evangelist, author  and international speaker to talk on the subject of relativism (hopefully I can figure out how to upload the MP3 of the talk so you can listen to it in its entirety on the blog) One line that he said in his talk that really stuck with me and came to mind with this Gospel reading was (and I’m paraphrasing/elaborating on it) was Truth without Love is cruel, its harsh, its unapproachable.  But the flip side of it is that Love without Truth is misguided, enabling, and leads to, at best, sloppy sentimentality.

The devil is a liar.  And a clever one at that.  And the devil has been clever at helping us to become comfortable with separating the two – Truth and Love from one another.  Which is the heart of what’s happening in this Gospel.  In this growing relativistic society of ours (meaning the only criteria to moral questions is whether I want to do something or not, believing there really is no “right” or “wrong”) people will mis-use, mis-quote, and bastardize this Gospel passage to somehow give credence to that destructive philosophy.  So they will misquote Jesus from tonight’s gospel saying:  “Let the one among you who is without sin be the first to throw a stone at you. (Adding ellipsis, you know those three little periods where you can edit stuff out) going to the very end and saying “Neither do I condemn you” with three more dot…dot…dots….

Think about the effect of that on all of us.  How often have we refrained from telling someone something because we’ve become so conditioned to this manner of thinking?  Your roommate is becoming a sloppy drunk – going from having one or two beers once in awhile to finding a reason every night of the week for getting loaded.  A friend starts to dabble with pot and begins to argue more and more how – healthy it is, and a safer option than drinking (which is patently false by the way) Two friends of yours are dating and their relationship is getting serious – very serious, very quickly.  And in all of these situations, and many others that we can think of, we refrain from saying anything because we’ve separated truth from love.  We ask ourselves – who are we to say anything?  As we just let these destructive things continue toward people we care about.

The flip side is true too.  How often have we seen someone offer what they think is “advice” or “correction”that comes across in anything other than loving.  People very quickly and somewhat cruelly smacking people down by telling them why they shouldn’t receive communion (and then wondering why they never come back to Mass again); Christians going up to non-Christians and explaining to them that they’re going to go to Hell unless they convert; or We somehow are made aware of someone elses sin, someone elses failures and dare to think of ourselves as better and the other person as someone who is worse.  In all of these situations and many others, we find ourselves having no problem pointing out others failures and sins in a way that is cruel and harsh because again, we’ve separated truth from love– who are we to say anything?

Who are we?  The Gospel, the fuller, un-edited version of today’s Gospel, tells us who we are called to be… That loving Friend – no even more, that loving brother or sister that is always aware of their own sinfulness, their own failures to be a voice of mutual accountability – that calls the other to truth, but in a loving way.  To acknowledge ourselves as ones who have experienced (and remembers) their own failures and the joy, the precious gift that is the mercy and forgiveness of God.

Because Truth without Love is cruel and Love without Truth is misguided.

Yes, Jesus does say “Let the one who is without sin cast the first stone” and “Neither do I condemn you.”  He loves this woman and that Love is essential in his interaction with her and everyone of us… Love of God, Love of Christ is the foundation, the bedrock to all of the commandments.  But where those ellipsis come in is where we attempt to edit out points to somehow make the commandments void.  That’s where we omit Jesus telling the woman to “Go and from now on sin no more.”  Jesus is speaking Truth with Love.  This adultery has to stop… because it’s hurting her, it’s hurting the man, it’s hurting their families. It’s diminishing them.  This sin has to stop.  Not because if it doesn’t “ANGRY GOD” is going to punish her and get even with her.  But because the truth is, she’s already living and experiencing hell.  She’s living a less full life than God ever imagined for her and for the unknown man…

The same is true for the motley crew who are standing their with stones in their hands.  They’re so excited to find someone with fault, with sin, that their vengeance, their murderous rage is just desperate for the slightest approval from Jesus that it can be unleashed on this poor woman caught in adultery (notice they forgot to bring the guy she got caught with along… perhaps it was one of their friends?).  When Jesus doesn’t do that, rather than they re-evaluate, reflect, change their hearts – they will stew, and grow angrier and turn that rage onto Jesus himself – which we will hear about next week as we enter into the Lord’s Passion on Palm Sunday.  They don’t realize how devoid of meaning the truth has become without love; how the thing that we should all unite in, the thing that we should all come to hate – sin, evil – is the thing they are embracing more and more fully themselves.

As we enter these last days of Lent, this Gospel calls us to recognize quite simply that unless we acknowledge and unite against the powers of evil; unless we’re willing to humbly, & sincerely accept responsibility for the sins we commit, we can never be free of them or help one another to be free of them.  And then, that will be the heaviest stones that we will have to carry ourselves…