So by now you’ve probably heard there was not an election of a new Pope today. Not that any of us really expected it that first (although standing in the cold and rain for four hours you kind of hoped they would).

But anyway, what was so crazy was how many people came out to watch for news. I’ve never experienced anything like this. At the start there was maybe a several hundred people milling around. Maybe 2 hours later the entire square was filled with tens of thousands.

Just shows that, despite Catholics (and even non-Catholics) who struggle or even disagree with Church teachings, that there’s something about the Papacy, a recognition of this unbroken connection to St.Peter, and ultimately to Christ, who promised to leave us in the hands of good shepherds. Just because the sheep don’t always listen, doesn’t mean they don’t want a shepherd.

And so the world waits….

Some pics from the square: 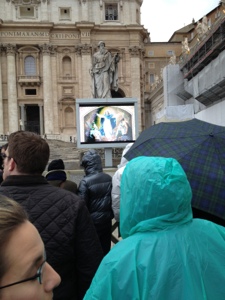 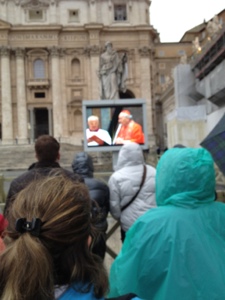 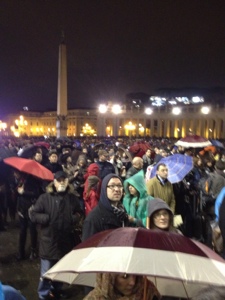 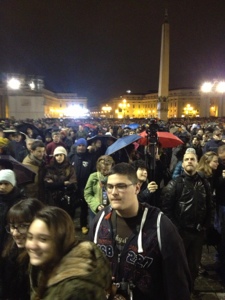 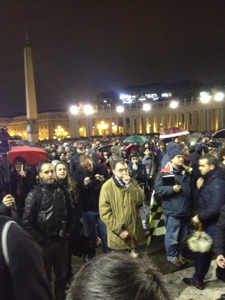 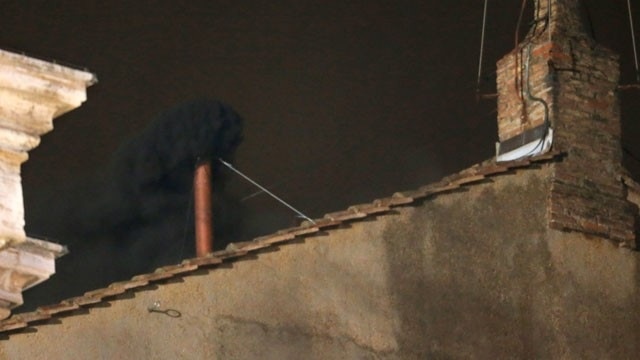 Thankfully after a long night, Italians know how to make you forget black smoke and cold wet nights: 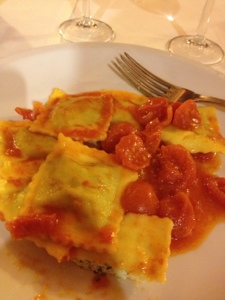