So we learned that all the Cardinals were celebrating Sunday Mass in their titular Roman Church (each Cardinal from around the world has their own Parish in the City of Rome). So we raced through the Roman forum to travel 30 + min on the other side of the city with the hopes of seeing Cardinal Dolan, Archbishop of New York in his last public appearance before entering the conclave.

To say the scene was crazy is an understatement. Got interviewed by 3 different news stations from US (2 Italian ones). As did most of the pilgrims from our trip. 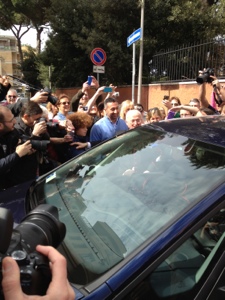 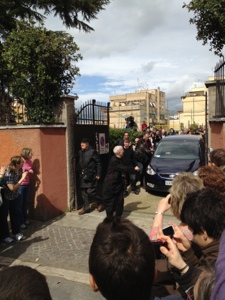 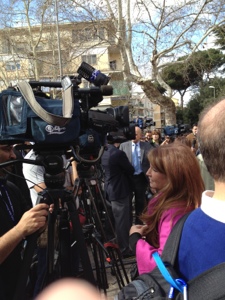 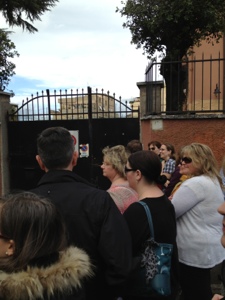 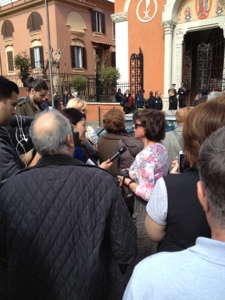 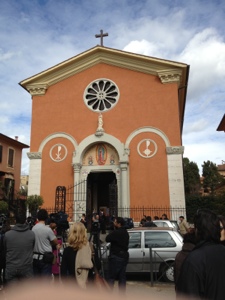