Wednesday Night I was trying to be a good, responsible, diligent priest.  I had gone back to reading through this Gospel passage, had some biblical commentaries out, and was making some notes and such when my phone started to vibrate that I had a text message.  Foolishly I looked at it and read a message from a friend saying “Quick, put on comedy central” and foolishly with the immediacy and obedience I wish I always had in my spiritual life, I grabbed the remote and turned it on.  What was the urgency that required such attention?  It was a re-airing of one of my favorite television shows “The Office” and one of my favorite episodes called “The Dinner Party.”

Thanks so much for stopping by to read my homily for the 22nd SUNDAY IN ORDINARY TIME – August 28, 2022, for sharing it on your social media posts and your feedback and comments…  I’m also grateful for all those who’ve asked for the audio version and share them as well at SOUNDCLOUD click HERE or from ITUNES as a podcast HERE.  May the Lord be glorified in your reading and sharing Sincerely in Christ – Father Jim

For those who are unfamiliar – “The Office” is a sitcom whose premise is that a documentary crew is filming the everyday life of the employees from the Scranton, Pennsylvania branch of the Dunder Mifflin Paper Company. Over the 8 seasons of the show, they hysterically depict the idiosyncracies and idiocy of a variety of characters from the Branch Manager, Michael Scott, to salespeople, warehouse employees, and bosses from their corporate office.  You’re constantly confronted and amused by the variety of egos, inappropriate behaviors, and relationships that the characters of “The Office” depict – whether it’s someone saying something offensive and being clueless about it or just their being oblivious to how their actions are affecting people around them.

Well, it has been said that “the Dinner Party” is one of the most cringe-inducing episodes in their 8-year run. This considering every episode is designed to make you go from rolling your eyes to actually feeling the tension and awkwardness from the storylines – is saying something.  In this episode, Michael Scott and his former-boss-before-she-was-fired-and-now-girlfriend, Jan host a dinner party for two sets of couples Jim and Pam and Angela and Andy.  Eventually, that turns into three couples when a previously uninvited employee, Dwight Schrute, shows up at their home with a date, (a woman easily 30 years older than him who had been his babysitter when he was growing up… just to set the stage).  Even with multiple viewings of it, the discomfort never breaks in the 22-minute episode as the dysfunction of relationships are on display – where even during a casual game of charades the levels of hostility ratcheting up with each round intensifies.

Providentially that episode interrupted my reflection on this Gospel passage.   Not that I think the Lord directed television programmers for my homily preparation, but He does know how to use things for his glory, including my Attention Deficit Disorder.  Because here I am watching an episode that I’ve seen more times than I can even imagine and then I go back to this Gospel.  Now I can’t get the office characters out of my head as Jesus seems to be giving etiquette lessons for a dinner party.

The characters of The Office demonstrate that even though they are gathered for a dinner party, which should be something enjoyable and fun, each of the characters demonstrates the complete opposite of that.  Michael and Jan basically hate each other and are constantly demonstrating that while at the same time calling each other “Babe” and telling embarrassing stories about one another to their guests; Andy desperately wants to be in any relationship so he’s with Angela who is only dating him to punish Dwight for killing her cat – so even the slightest of displays of affection from Andy are outright and dramatically dismissed;   Jim and Pam just want to be anywhere but there and try their best to speed the night along as well as outright escape the party with claims of a flood or a fire happening at their home. . .   No one seated at that dinner party is remotely happy and it’s dramatically and comedically on display for all the viewers.

It probably wasn’t as apparent to the guests in this real-life dinner party that Jesus Himself attends how unhappy they are.   Which is even more tragic.  Because with Jesus in their midst, they have the opportunity to dine with, and encounter love incarnate.  God draws near to them.  As St Paul, in his letter to the Hebrews, today describes, God’s no longer distant from them with these great signs and wonders symbolized with blazing fire and gloomy darkness and voices speaking words from lofty heights that in a sense made them afraid of God.  St. Paul contrasts that with the reality that God has drawn near to us in Jesus.

Yet how is Jesus welcomed?   What is the response as He shows up to be with this dinner party?  This isn’t just any meal, but a Sabbath meal, which is meant to be a place of rejoicing and resting in God’s abundant goodness – to take stock of His blessings and enjoy them.

Right from the outset, the Gospel tells us that “the people were observing him carefully.”   Unfortunately, the Lectionary cuts out the 6 verses that follow it, where Jesus heals someone who was suffering from a physical illness on the Sabbath, which was forbidden by their reading of the law of God.  So in short, people were whispering “Who does He think He is?” “What is He doing here?”  gossiping: “Isn’t that the guy?” Here, Jesus had been invited into this Pharisee’s home and instead of true hospitality and authentic, genuine welcome, there was judgment.  There was making determinations of who he was and who he wasn’t – how he measured up (and failed to measure up) according to these other people’s terms… applying their own standards.  They had their preconceived notions as God’s chosen people and all of those preconceived notions and judgments made them fail to see what God was doing – pouring out His personal love for each and every single soul, extending His mercy and healing, wanting them to know that to the deepest recesses of their souls and to fall deeper in love with Him themselves.

In all of their arrogance and self-righteousness, they were not just blind to God in their midst, they were blind to how unhappy they were as individuals.

This is why this parable Jesus offers isn’t a scolding or as random at first glance.  It might seem awkward that Jesus, the Messiah, the incarnate God who comes to save all humanity from sin and death starts talking about seating arrangements, proper attitudes, and behaviors when attending a home meal.

But Jesus uses this dinner party to remind them of the importance of knowing who you are—and who you are not.  This is why Jesus gives an etiquette lesson on manners on the concepts of humility and humbling oneself.  Those are often misunderstood.  Some go around berating themselves: diminishing their gifts, their talents, and their abilities, thinking that it’s better to be like that than be seen as boastful or braggadocious; all the while secretly hoping that someone else will notice these attributes and basically demand that we accept their praise and admiration. That’s not humility, that’s false humility.

The beauty of the Gospel message proclaimed here and now is that we are reminded that Jesus loves us, seeks us out, invites us into not just any meal, but in receiving His body and blood in the Eucharist, into an eternal relationship with Him that begins now and is meant to bring us into eternity with Him.  He chooses us.  Essential to experiencing that, we’re also reminded that we need to choose Him.

We have two important things to do in response:  First we have to allow that truth to sink in – to know that we have been chosen by Jesus Christ, loved by Jesus – right here and now, for all eternity. That requires humility as the devil is ready to help supply a list of reasons why we think we don’t belong or shouldn’t be welcomed here: We know our sins and our failures, and we know how we struggle with temptation.   Jesus has invited us, broken and imperfect as we are, He welcomes us, and meets us where we are in order to heal us, to restore us.

He reminds us that we are not to be defined by any of our imperfections and that we are not to let our identity be determined by our mistakes.  No – we are beloved sons and daughters of a loving Father; a Father who sent his only son to make us just so.   That has enabled us to take and receive his Body and Blood in the Eucharist…  Jesus has done that for us.  Jesus has made us worthy.  And when we allow that to sink in – when we recognize the intimate, personal love He has for each of us that allows us to be here; allows us to partake of this sacred meal.     This leads to the second thing response.  That message needs to be shared.  This is why Jesus couples this with a call for us to be mindful, looking for those in need, and inviting and welcoming them to a relationship with the God who knows them, loves them, and waits for them.

We are blessed to be invited to be here.  In humility, we rejoice and accept the Lord’s hospitality.  May we have the openness of hearts to be transformed by this most sacred of dinner parties. 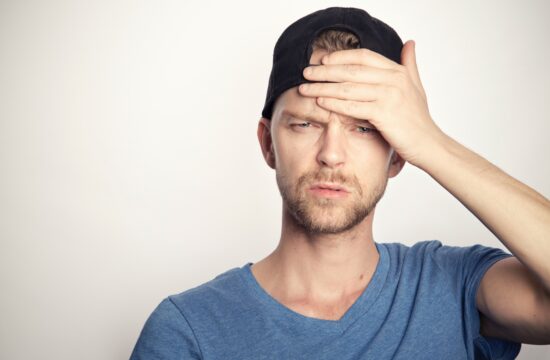 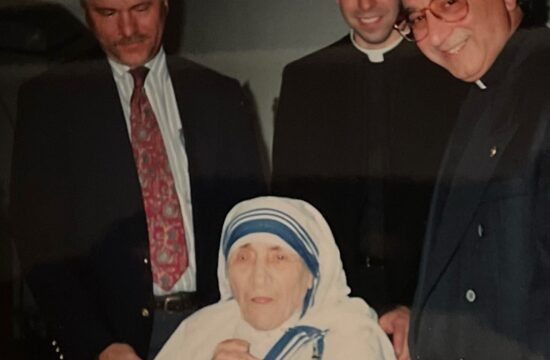 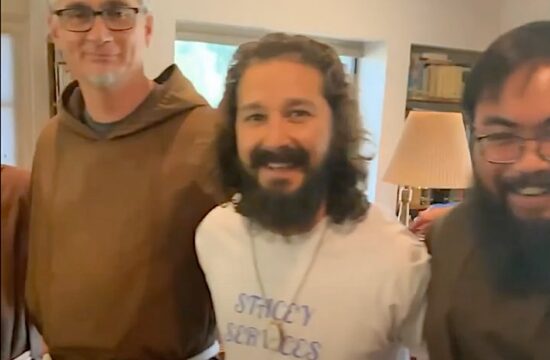 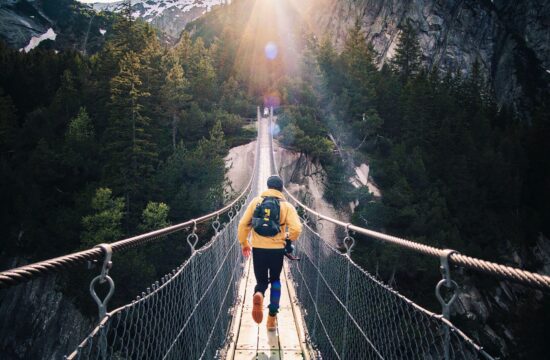