Being the youngest of three brothers, I’m still prone to sibling pressure.  It was a few years ago that my brother Craig was very insistent that I needed to watch this television show that he had gotten addicted to (pun intended) called “Breaking Bad.”  When I resisted, quite surprisingly (and I assure you without the slightest of expression of any desiring this from me) that Christmas he got me the entire series of Breaking Bad on DVD – saying that I needed to watch it, because “he needed someone to talk with about this.”  I did end up watching it, and while I too found myself drawn into the drama, it was a horrendous show.  I literally woke up one evening from a deep sleep from a nightmare in which agents from the Drug Enforcement Agency were breaking down my door until I remembered “that’s right, I don’t do meth.”  Great drama – Horrible show in which truly everything did in fact “break bad.”   So I’ve learned to take my brother’s recommendations in stride.

Thanks so much for stopping by to read my homily for THE FEAST OF DIVINE MERCY – SECOND SUNDAY OF EASTER – April 24, 2022, for sharing it on your social media posts and your feedback and comments…  I’m also grateful for all those who’ve asked for the audio version and share them as well at SOUNDCLOUD click HERE or from ITUNES as a podcast HERE.  May the Lord be glorified in your reading and sharing Sincerely in Christ – Father Jim

When another good friend of mine had encouraged me to check out the TV series “Ted Lasso” and I explained that had been one of my brother Craig’s recommendations and why I was resistant – he assured me it was funny and something heartwarming and that I would really like it.  I didn’t realize that “Ted Lasso” had become this monster-hit for Apple TV, receiving critical acclaim, getting the most Emmy nominations for a new show, surprising many in the entertainment industry.  As the star of the show, Jason Sudeikis observed: “it’s shocking to me because it is built around two things Americans hate: soccer and kindness.”  While I am a fan of kindness, I can say that for the most part, I’ve never been a fan of soccer.  The premise is that Ted is an American football coach who hails from Kansas City Kansas and has been hired by this British soccer team as their head coach.  (I should point out here for parents that this is an adult show, particularly when it comes to language lest people go home from Mass and say “oh Fr. Jim recommended this” and…well, yeah)

Without spoiling the plot twists of the program, one of the central storylines is that this team is struggling.  If their record of wins-over-losses doesn’t improve, they will be relegated to a less- prestigious league.  So you have this clever setup of having this sunny, optimistic Ted Lasso with these professional soccer players who think that this new coach being hired (who they describe in very colorful terms) is the final nail in their coffins.

From the moment he lands in England, Coach Lasso’s primary goal is trying to break his players out of yielding to the pessimism that they all are struggling with.  He’s seen over and over trying to get them to let go of their failures or mistakes on and off the field, not to keep overthinking and sowing doubts about themselves as individuals or as a team.  His approach is summed up with a handmade sign that he tapes up in the locker room that has a single word on it:  Believe.   No matter what happens – on and off the field – that’s the recurring theme.  Learning to accept that a win or a loss doesn’t define you as an individual as long as you’re trying your best.  The wild success of the show is notable because that’s not a common message you see depicted in entertainment anymore.  Coach Lasso doesn’t turn into a serial killer.  There are actual redemption stories and people who experience transformations.  Which is refreshing.

Like everything else in our day and age, when something becomes a hit, very quickly the message and images from the show become cultural memes.  So you can find coffee mugs, stickers galore, even ugly Christmas sweatshirts with mock-ups of Coach Lasso all with that one word on them: Believe.    I’m always fascinated by these things, when something goes“viral,” becomes a meme…  How is it that a show about soccer and kindness has become such a hit?  What is it about the message, that word “Believe” that resonates with people that they want to even have merchandise so that they can wear that word, or have that image displayed?  The fact that the show premiered in August of 2020 only a few months into the pandemic is one reason for sure.  This has been a time when people were feeling far more vulnerable and frightened and looking for an escape from such unpredictable and unprecedented things.  But even outside these strange times, there’s something about the word Believe that taps into something that people truly long for.

As clever and inspirational as the show Ted Lasso is and while that simple message has registered with so many – the word “Believe” is being marketed in very general ways that leave it almost like a blank canvas.  Where people are being invited to paint on it whatever it is that will make them feel optimistic about themselves and the world.    But that can only go so far.  How does believing go from being something that’s simply a feel-good, power of positive thinking type of thing in to something that is authentic, life-giving, transformative?  When you believe in something that is rooted to something truly authentic, life-giving, and transformative.

Which providentially this Gospel demonstrates.   One of the keywords that kept coming up was – yeah, you guessed it – Believe… was used 5 times in this passage.   And it’s being used in contrast to some very strong, somewhat debilitating unbelief.

Just a quick refresher on the verses right before this passage.   Right before this, St. John describes the revelation of the Easter miracle of the Resurrection of Jesus Christ from the dead. First Mary Magdalene arrives at the tomb and sees the stone rolled away.  She runs to Peter and John, who in turn run to the tomb and find it empty as well. 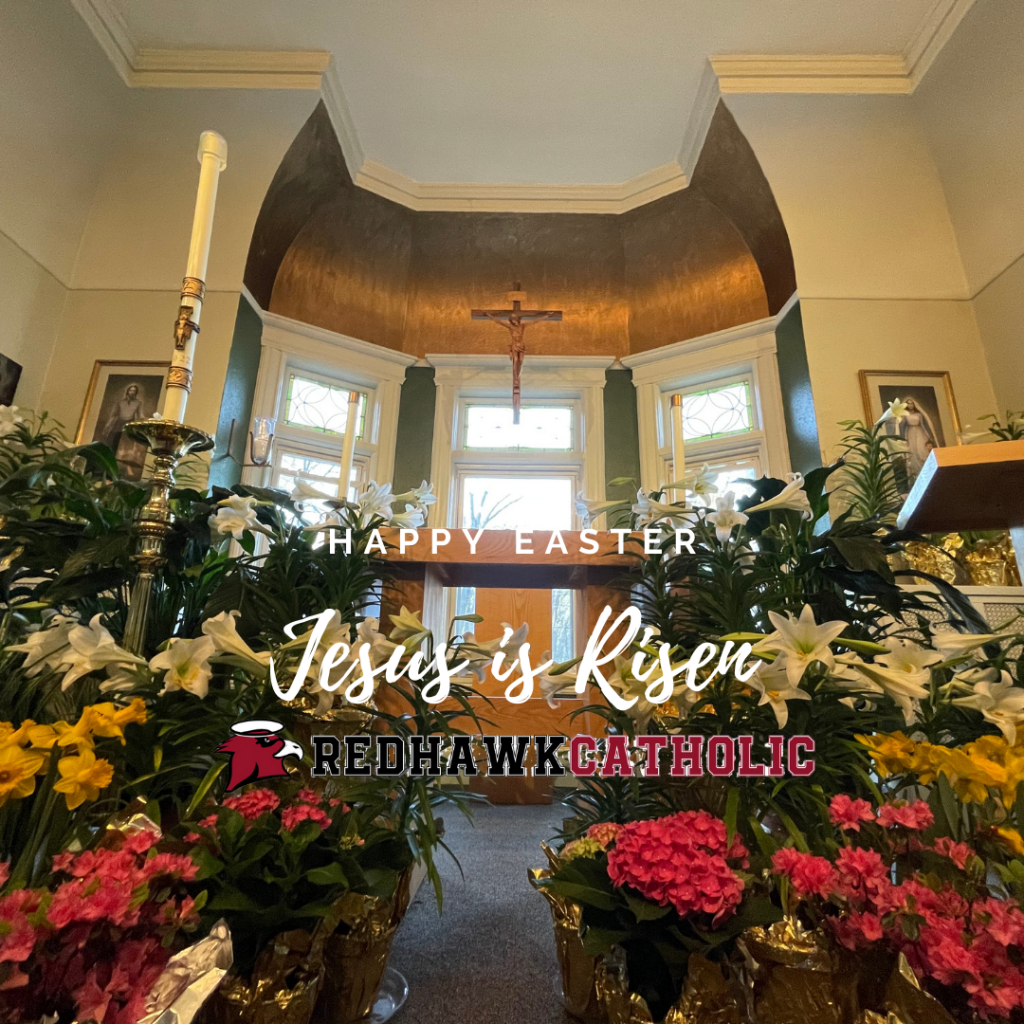 Let’s not forget, these were men who had left everything behind to follow Jesus.  These were men who had witnessed the feeding of the multitudes, exorcisms of demons, healings of life threatening illnesses, restorations of people’s sight, hearing, speech, ability to walk… even the raising of the dead.  When they see the empty tomb, discover the burial cloths rolled up (Jesus is very neat) – even when they a short time later when Mary Magdalene encounters the Risen Jesus Christ herself, grabs hold of Him in joy who tells her to announce this not good news – this great news, this amazing news, this-changes-the-entire-course-of-human-history-news of His Resurrection…  What is their response?

They’re huddled together, locked behind closed doors and gripped with fear.  We’re not sure whether they believe it or not.  Why is that?  They are overwhelmed by their own failures and betrayals – having abandoned Jesus during his hour of passion and death.   Thomas, who every year on this Sunday I argue has been unfairly labeled as the “doubting” one  – since he’s saying probably what the rest of them were thinking initially themselves (if he should be labeled anything, maybe the patron saint of people who miss Sunday’s since where was he that first week? But I digress…)  But Thomas’ missing that first encounter on Easter Sunday, sets things up for the unbelief to be highlighted again when Jesus returns 8 days later that following Sunday to the upper Room.  And notice that the rest of them who were there on Easter Sunday, yes, they are there again and they’re still scared. The doors are still locked out of fear and Jesus has to greet them again with His message of “Peace.”

What ultimately moves them from unbelief to belief?  Is Jesus pouring out His gift of Divine Mercy.  He knows that they’re stuck on themselves, fixated on their failures, their mistakes, their doubts about themselves as individuals and as a group.  This incredible news of His resurrection, His conquering of sin and death; His promise of eternal life comes not by just telling them to “Believe.”  It comes by His forgiving them.  And when they accept that and believe that, it renews everything they had already come to know and believe in Jesus before.

In fact, very beautifully, Jesus picks up where he had left off with them in that same room on Holy Thursday when he first instituted the Eucharist and ordained them as His first Priests.  In that room where He taught them that His Priesthood was one of selfless, sacrificial service demonstrated with the washing of their feet…  now He takes it a step further.  Telling them that this unimaginable gift of Mercy that they have experienced, they are now commissioned to go and forgive sins in His name.

Jesus is making it clear that everything He’s done and accomplished, he’s now empowering His Church to do.  He’s ordained priests to be His very presence, to go to every corner of the earth in every age to serve, to heal, to forgive, and to love as He has.  That comes about when the apostles humbly, honestly accept their limitations, their weaknesses; and when they in that vulnerability trust that love incarnate, who was nailed to a tree, comes back to life and still loves to enter into those limitations and weaknesses.

The joy of the Easter Season is that the word Believe is more than just a blank canvas or hopeful expression to make us feel good.  No for us as Catholic Christians, Easter is the greatest of feasts and seasons because it reminds us that God believes in us… He believes in the inherent goodness and dignity that He created us and fashioned us with… He believes in the potential that we carry within us when we cooperate with His grace and accept the gifts of the sacraments of the Church for us to become Saints ourselves.  What will be our response?  Will we recognize that He left us this Church, He gifted us with this tradition that we are privileged to intimately encounter the Risen Christ when we receive His body and blood in the Eucharist.  Where we trust in His gentleness and Mercy, see that He wants to enter into those dark, upper rooms of failure and despair we lock ourselves into, and offer us His peace in the Sacrament of Reconciliation.  That He wants to breathe on us and gift us with His Holy Spirit to make us faithful witnesses and agents of His love and mercy in the gift of the Sacrament of Confirmation.  It’s when we allow ourselves to enjoy these gifts, that the word believe moves from sentiment to something that defines and transforms our lives, now and for all eternity.