Do you remember Drivers Education?  For some of you, it was probably just a couple of years ago… Not sure how much has changed, because for me it’s now 31 years ago (and wow that is really not a fun revelation to stumble upon) but back then, there were two parts of it in one semester.  The first marking period we would be in a classroom talking about driving.  We had a book from the NJ Department of Motor Vehicles (that looked like it had been written in the 60’s) with all kinds of rules, laws about driving.  We had videos, – oh those videos! About how to drive.  Again, mostly looked like they were produced in the 60’s:  women in beehives and these poodle skirts, guys in shirts and ties demonstrating how to drive.  The one exception was a much more current film showing the effects of drunk driving (I think it was called “Death Highway” or something… I just remember it was pretty horrific – making the point of how horrific drunk driving was).   This part of drivers ed was designed to give you the theories behind the practice.  I remember them giving us “the rule of thumb” for highway driveway (or as they called it “on the speedway” or “the Motor-highway”) for every 10 mph you drove, you should be 1 car length away from the car in front of you (so at 40 MPH, you should be back 4 car lengths – that you’d measure by thumb in front of you…)  One guy in my class raised his hand and said “Mrs. Ratched, I thought we were supposed to keep both hands on the wheel, how are we supposed to use our thumbs to count car lengths.”  She threw him out of our class.  Anyway.

Thanks so much for stopping by to read this, my homily for the 31st Sunday in Ordinary Time -October 31, 2021, for sharing it on your social media posts and your feedback and comments…  I’m also grateful for all those who’ve asked for the audio version and share them as well at SOUNDCLOUD click HERE or from ITUNES as a podcast HERE.  May the Lord be glorified in your reading and sharing Sincerely in Christ – Father Jim

The second half of that semester, after we had completed the theory part was when we were finally put in a car with another drivers ed teacher and actually went out on the road.  And it was amazing – because as excited as you were to finally get behind the wheel and drive, there was a great amount of fear.  The one student that I was paired up with got behind the wheel first… and when one of the gym teachers (who we nicknamed “Gumby”) who was our instructor said to her “So what do you do first?”  She froze.  As I chimed in “put the key in the ignition” she said “adjust the mirrors” then I countered back“buckle your seatbelt.”  To be honest, I forget what the correct answer was, I just remember Gumby yelling at us telling us how stupid we were and how did we pass the first marking period.

There are a lot of rules and laws to driving that are all there for important, various reasons.  But there’s a day when after studying them, you gotta get behind the wheel, and start to drive, start to put it into practice, start to realize that – yeah there’s wisdom to the “rule of the thumb” if you have to stop suddenly to give you enough space to hit the brakes – but that becomes a bit of a drivers instinct that you develop (and at least here in this heavy congested area, rarely will you have room to give 6 car lengths to the person in front of you on the Garden State Parkway, so you compromise on that and try to at least not be right on top of someone).  – Or – When you’ve seen, or had an experience of what a drunk driver has done – usually that rule, that law becomes very real and sinks in as to why there is no compromise on that -if you have any alcohol or any drug that can affect your abilities to react, to be alert – you don’t drive.

But in some ways, these leaders, these scribes could end up so stuck in the theories, the studies, the particulars, it’s like they took the drivers ed class, but have yet to get behind the wheel of the car.  Because as Jesus approaches them, here they were encountering the Fulfillment  of the Law (as well as the fulfillment of the Prophets and the whole of the Hebrew Scriptures) yet they don’t recognize him as such.  Rather, they perceive him as a threat.  In the verses before this passage, they had been putting forth all kinds of law-related questions all in attempt to box Jesus into a corner to discredit him.

As this scribe though comes forth, there’s something different.  He asks a question which is an important one, one that no doubt his fellow scribes, Jewish leaders had all argued over as well – Which is the first of all commandments – I used to think, so what is he asking what is Jesus’ favorite of the top 10?   Actually, it’s a bit more complicated.  One of the things that had defined the Jewish people was the covenant relationship they had with God.  Essential in this was that the Chosen People were given the Law by God as a way of staying in right relationship with Him.  The number of commandments and laws that people were to follow as part of their covenant had grown from the ten commandment into hundreds of other that had developed as they recognized how difficult it was for us imperfect people to follow even those 10.  Interpretations, debates raged over which was “the first” -or,  what was the most important.  How Jesus answered, what was his interpretation would’ve put him in a particular camp which would’ve also put him at odds with other camps.

Jesus’ response is incredibly revolutionary to his listeners… Because he puts the Love of God on an equal pairing with the Love of neighbor.  A safe answer to this crowd would’ve been Love of God alone.  Because “love” could have left it somewhat general enough (and some could have argued that love of neighbors falls in that anyway)  But by Jesus equating love of neighbor, He’s telling them that the mere adherence to the letter of the law wasn’t enough… He was commanding them to start living in loving ways.  He’s telling them that their love of the one true God alone is only validated, only affirmed, only actualized when they actually go out and love others. 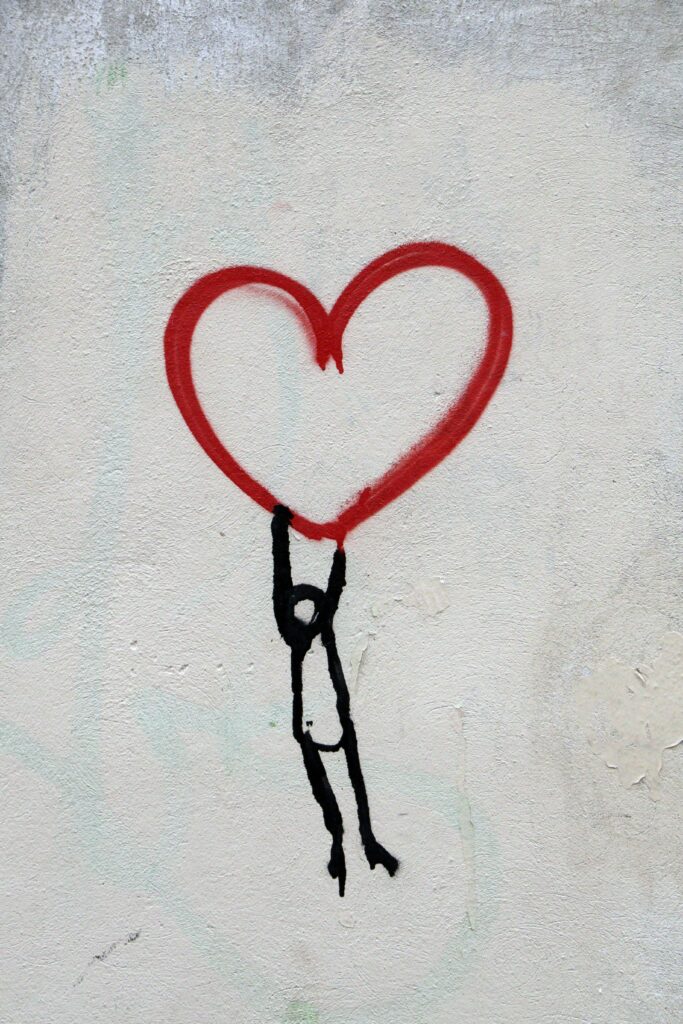 That’s why this response is still revolutionary, still challenges us collectively and individually.  Because if we only focus on “Loving God,” that is what gives life to extremism, radicalism….  That’s how you have terrorists driving planes into buildings in the name of “religion”   That’s how you have people calling themselves Christian and holding up signs saying “God Hates” and then insert a group of people who they have written off as sinners… Their pursuit of God leaves no room for the weaknesses, the brokenness of humanity…   Even outside those extreme examples though, if we focus simply on “Loving God” eventually that leads to a place of moral superiority where we simply believe we’re right and the rest of the world is wrong, and in the process forget to recognize our own faults, weakness and failures – our need for Jesus and His salvation.

Jesus putting Love of God and Neighbor on an equal pairing annihilates those extremes, and puts things into right order and balance.  Yes, our Love for God, calls us to turn away from sin and to do all that we can to eliminate sinful behaviors around us – but we have to do that in an encouraging way, recognizing our own failures and our own to work together as brothers and sisters in avoiding temptation.  And, yes, our Love for one another, means that we are called to be our brothers and sisters keeper – but not at the expense of recognizing who it is that made us brothers and sisters, and having reverence for Him and the Laws that he has given us.