Latest News
Home /Blog/FAKE IT TILL YOU MAKE IT?

Fake it till you make it   How often have you heard that phrase?  Been given that advice?    You’re getting ready for an interview for a job you really want, you really need… Your team is going up against the undefeated champions…  You’re auditioning for that role and there’s a list of people who you’re convinced sound, look, are better than you are.   A friend, a relative, a professor, or an advisor comes along and bolsters your confidence offers those words of advice.  Wanting you not to give into self-doubt as you interview for that job; challenging you not to be intimidated by that seemingly-impossible-to-defeat opponent; encouraging you to ignore everyone else and perform like you were made for that role.  Fake it till you make it.

Thanks so much for stopping by to read this, my homily for the 23rd Sunday in Ordinary Time – September 5, 2021, for sharing it on your social media posts and your feedback and comments! For the audio version you can get them at SOUNDCLOUD click HERE or from ITUNES as a podcast HERE. Thanks again… I hope you and yours experience all of God’s blessings today and always! In Christ – Father Jim

It’s been used so much, it’s become an accepted cliche – an outgrowth of “the power of positive thinking.”  It sounds harmless enough and no doubt, people mean well when they do say it.  They are trying to encourage people to move past their fears, to not let self doubt or their inhibitions block them from pursuing something that they want to succeed, want to experience.  Proponents will argue that individuals are simply motivating themselves tricking their brain to see something in a different way.

But there’s an obvious difficulty that with repeating this phrase so much we’ve numbed ourselves to ignore – it’s all built on something that’s “Fake.”

It’s a good thing for people to try to move past their fears and their doubts.  It’s important for us to recognize that feelings – while they are important and give us information that we need to acknowledge and pay attention to – don’t always tell the full story.  But the whole notion of “fake it till you make it” tries to accomplish those things based on a lie.  It comes from a place that believes in nothing other than the self being at the center of everything.  In that view, I only need to conquer myself, by myself.   I become the master of my own destiny.

In our scripture readings today, we encounter people who are facing incredible odds, dealing with seemingly impossible to overcome disabilities, have been beaten down and in a sense have simply accepted their brokenness as just the way things are.  The prophet Isaiah in the First Reading was speaking to people whose lives were in total upheaval.  Their homeland had been conquered, they had been exiled, they as a nation as a people were completely crushed.  To add insult to injury, they knew they had themselves to blame.  It had been their unfaithfulness to God – it had been their turning away from Him and towards idols that had caused all of this mess.  The God who had created them, called them, guided and protected them… The God who had given them their identity, calling them “His Chosen People” – they had turned away from all of that, turned away from Him.  Desiring instead to be like everyone else.  Wanting to fit in with the rest of the world, the other kingdoms who had their human kings.  Not really thinking through that they never had to “fake it till you make it “ with the Lord God they had everything they ever wanted or needed. 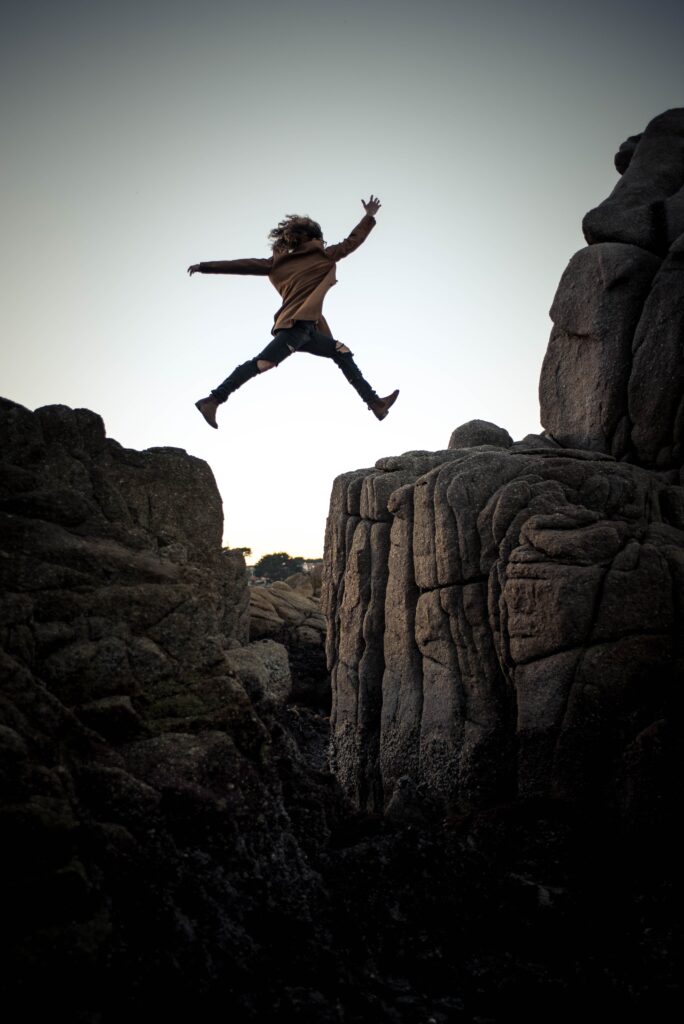 In that place of abject failure and defeat, though God sends His prophet Isaiah and says: to those whose hearts are frightened: Be strong fear not! – why?  Not because of anything they can do – but what He can do – HERE IS YOUR GOD – HE COMES WITH VINDICATION WITH DIVINE RECOMPENSE HE COMES TO SAVE YOU.  Their confidence wasn’t going to come from wishful thinking… their hope wasn’t coming from trying to convince themselves things would simply get better – all of that could only come from the Lord God.

It came from the fact that He created them – He loved them – and He hadn’t abandoned them, even though they had abandoned Him – and that in the midst of this lowly place they found themselves in, He was going to use this as an opportunity to show up and show out to demonstrate once again Who He is.  He is going to recreate all that was broken, He was going to make the impossible, possible.  He was going to overwhelm them with His power, His goodness.  That’s why He gives Isaiah these examples like the eyes of the blind would be opened, th ears of the deaf would be cleared, the lame would leap, the mute will sing – streams will burst forth in the desert – burning sands would become pools – thirsty grounds would be springs of water.   The prophet is using this imagery intentionally to get their hopes up and imagine all of this is possible.  But it’s not possible on their own, that’s what got them into the mess in the first place.   What’s key in this Hope being realized is that it’s tied to their faith in the Lord God.

The Gospel for today takes this truth of who God is to an even more amazing level.  God’s not just interested in humanity on this collective level – where He looks at a nation and cares about them, calls out to them as a large faceless, nameless multitude of people.  The somewhat jaw-dropping revelation is that God cares with that same intensity about each and every single one of us.  In Jesus we come to see and know that God wants all that is dried up to gush living water, all that is blind and deaf to be opened – all that has been silenced to sing.

Jesus in this Gospel goes out of the way to this district – to gentiles – to non-Jews.  That immediately confused His friends and His foes who were constantly trying to fit Him into their preconceived notions of the Hebrew scriptures.  They are imagining God’s promises to His people and are looking for them to be fulfilled – missing that God had never meant the Jews to be His Chosen People as a slight to the rest of the world that He had created.  The Jews were meant to be a sign to the rest of the world to come and know, to love and to follow Him.  After centuries of them missing that central point, God Himself will take matters into His own hands – becoming one of us and one with us in Jesus Christ.    So Jesus goes to this district, to this gentile land, to these Non-Jews and encoutners this poor deaf man unable to speak.  Think about how attentive He is:   Jesus has demonstrated the ability to perform miracles in a variety of ways.  He doesn’t even need to physically be there in order to heal people who are sick and near death.  In this instance though, knowing the man can’t hear anything that is being said about him – can’t even ask for help himself, Jesus takes him aside.  He takes him away from crowds that looked at him with pity, with contempt, with judgment and gently communicates through His gentle touch the Love, the Mercy, the wonder of God.  All of that captured in that word Ephphatha  – be opened.  This one man’s life, his existence, his identity are instantly changed by this one encounter.  To paraphrase a line from my favorite show based on the life of Christ, The Chosen – This man was one way, now is completely different  – and the thing that happened in between, was Him.

The problem today, the problem with us – is we too easily forget these truths, too quickly dismiss them as not applying to us, too simply follow the lies of a world that believes in nothing and no one.  The God who sent his prophet Isaiah, the God incarnate, Jesus who came to the decapolis looking for this one particular man who was suffering and in need – comes here, comes now, comes looking for you.  He comes to heal the deafness of a world that can’t hear His life giving words that wants to pour out His healing, His love and His mercy into us…  He comes to work wonders with us and through us which He will accomplish when we trust in His goodness…. Listen to His voice…  Ask for His direction… Believing that the one who makes the deaf hear and the mute speak does the same for us.  No we’re not people who are supposed to fake it till we make it.  We’re God’s sons and daughters – we’ve already made it because of who God is and what He says about us.