A few weeks ago, a friend and I were playing a trivia game online.  One of the questions that came up asked “This company since the year 2000 has used the tagline ‘What’s in your wallet?”  We both got the question right – Capital One.  I was surprised that this motto has been around that long and how quickly we were able to identify it.  The marketing professionals who came up with the “What’s in your wallet” campaign explain that the question invites the viewer or listener to think about things like financial security, purchase power, and prosperity. At the same time, it is a clever way of planting doubt in minds about whether or not they have the right stuff to get all the satisfaction they are looking for in life.     Of course, the intent of the ad campaign is to make people think that only this particular bank and credit card will make them satisfied, secure, and significant. And if they don’t feel secure about having the right things in their wallets, perhaps they need to reevaluate its contents.

Thanks so much for stopping by to read this, my homily for 19TH SUNDAY IN ORDINARY TIME- August 8, 2021, for sharing it on your social media posts and your feedback and comments! For the audio version you can get them at SOUNDCLOUD click HERE or from ITUNES as a podcast HERE. Thanks again… I hope you and yours experience all of God’s blessings today and always! In Christ – Father Jim

That ad came up as I was praying with this week’s scriptures, with a twist… which isn’t surprising.  It’s doubtful God wants us to spend time fixating on “What’s in your wallet?”   In fact, He would want us to be mindful of the temptations that exist when people are overly fixated on money – expecting satisfaction to come from something you buy – imagining your true value and worth is somehow determined by your wealth.  But to paraphrase that campaign, I kept hearing the Lord asking a deeper question in today’s scriptures: “What’s in your heart?”

That’s a bit harder and more difficult for us to focus on.  It’s something we are very cautious about who to share with …. that we go to great lengths at times to hide from others.  That’s if we’re even fully in touch and aware of what it is that’s in our hearts.     Whether intentionally or not, with our fast-paced lives, (am I the only one who’s wondering how the heck is it August already?) The “To-Do Lists” that even when you get one thing accomplished it seems two more appear just as quickly, and with so much noise in our world, in our lives – a lot of us tend not to even have the time or space to get in touch with what’s truly there in our hearts in the day-to-day.  It’s maybe when there’s a crisis or major trial or struggle that we get a quick assessment of what is there.  That’s something we see in these readings in a very dramatic way. 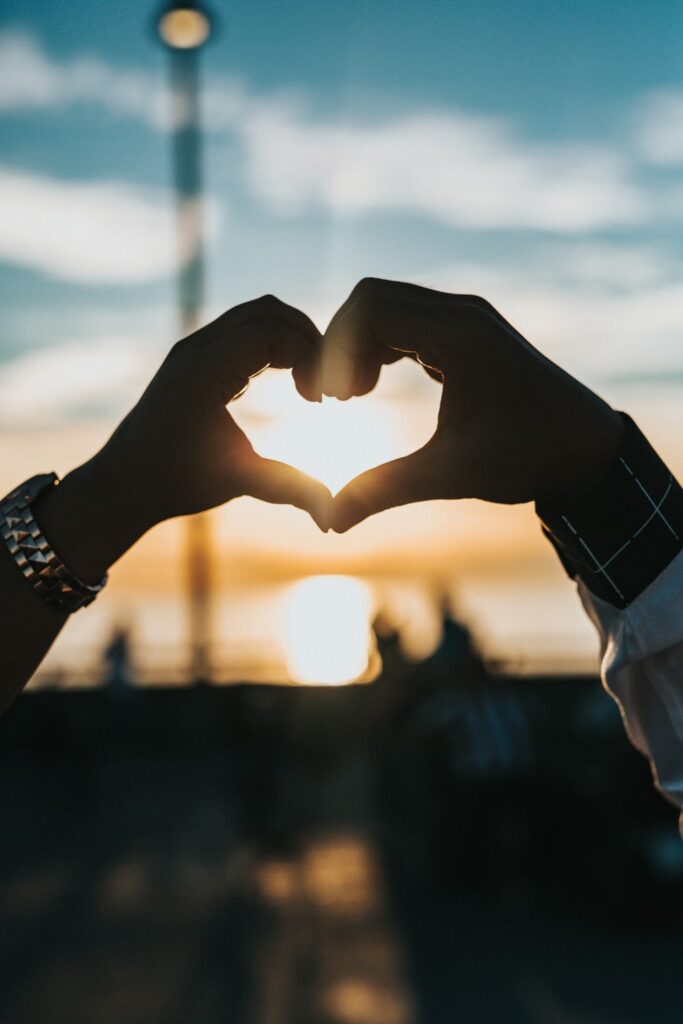 Elijah who we heard about in the first reading, was a prophet of the Lord about 900 years before Christ.  Right before this episode Elijah (through the power of God) had accomplished one of the most dramatic miracles in the Old Testament before a massive crowd.  The Jewish people had turned away from the Lord and fallen into false worship of a false god, named Baal.  Elijah has this smackdown cage match with over 400 of the prophets of Baal:   these 400 appealed to Baal to send fire down on a sacrifice to prove they were legit and did so for hours to no avail (because there is no God but the Lord God Almighty).  When Elijah went up, just to make it more dramatic, he told them to pour tons of water on his sacrifice, and with one appeal to the Lord God, fire came down and consumed the whole sacrifice – immediately and completely.  The people are stunned and have a conversion of heart and recognize their sin in turning away from God.  They also kill the 400 prophets for helping to lead them into such apostasy. There’s only one person who’s not on board:  Queen Jezebel.  Who sends words that she’d like what happened to the 400 prophets to now happen to Elijah.  Which is where we pick up today.

What was in Elijah’s heart?  Abject fear.  Such that he runs away – fleeing into the desert.  Exhausted and despairing from this journey we heard him say  “This is enough O Lord.  Take my life, for I am no better than my fathers.”  Doesn’t sound like he’s relishing the victory he experienced, does it?

In the Gospel, we’re on week 3 of this 5-week journey with Chapter 6 of the Gospel of John.  This pivotal part of scripture where Jesus reveals the gift and mystery of the Eucharist…  That in the communion host, Jesus is as real and present, body, blood, soul, divinity as He was when He spoke to these crowds almost 2,000 years ago… and that we must eat the living bread that came down from heaven – His very flesh.   Up till this point in the Gospel of John which we heard the last two Sundays, Jesus had fed 5, closer to 10 thousand people after miraculously multiplying 5 loaves and 2 fish and ending up with 12 baskets of leftovers.  That had been such an amazing feat that the next day when this crowd is hungry again, they go looking for Jesus for breakfast.  Jesus tries to point out to them that they were focusing more on the works themselves on that miracle rather than seeing that it was pointing to something deeper – that He was in fact God Himself and that He was inviting them not just for one particular meal, but to be included in a feast, a banquet that would satisfy them for eternity.

What was in the crowd’s heart?  We heard today they “murmured about Jesus.”  They were complaining, they were dissatisfied with Him.   Doesn’t sound like they like what’s on the menu if it’s not free bread and fish, does it?

Two pretty clear and dramatic examples of people revealing difficult, unpleasant things in their hearts.  Elijah’s fear causing him into such despair that he thinks there’s no hope: he can’t keep running and he thinks that he will be caught by Queen Jezebel’s entourage and so in his despair prays God will just take his life then and there.  And then this crowd interacting with Jesus who is more focused on their stomachs, the temporal needs that they have seemingly no thought, no awareness that the man who just astounded them with this miracle that had them looking for Him again for food – that maybe they should listen and consider what he is offering them – eternal life. 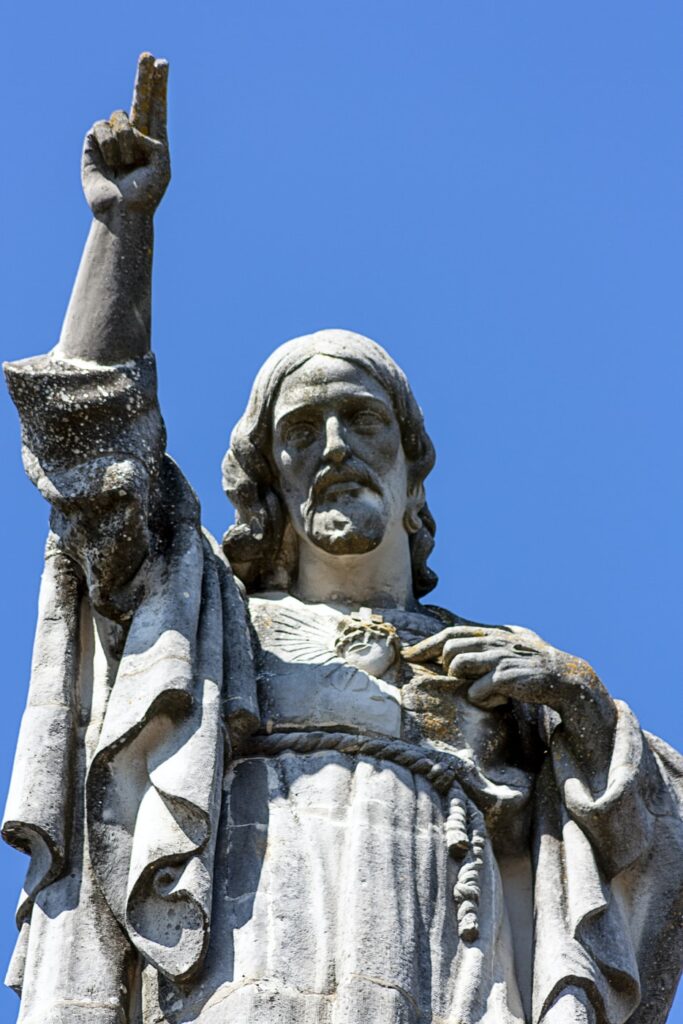 From the comfort of our pews, we can kind of wonder how could they be so blind, so oblivious.  But before we get too self-righteous, we can’t miss St. Paul’s letter to the Ephesians… where he basically is asking his listeners – What’s in your hearts?  Particularly as we gather as the Body of Christ, to receive the Body of Christ in the Eucharist?  Paul says pointedly, do not grieve the Holy Spirit.  That should be enough to cause us to stop in our tracks.   How do we grieve the Holy Spirit?  What’s in our hearts as we take Jesus’ flesh, as we eat His body, blood, soul, and divinity in the Eucharist, Is there any hatred for someone? Do we carry any hope for revenge?  Am I bitter towards family or neighbors; classmates or people I work with; does my blood pressure rise and I start saying (or posting things online) whenever a particular politician’s name is spoken?

Do you think God didn’t know that Elijah wasn’t as brave as Elijah thought he was?  Or that Elijah’s faith would falter when he wasn’t doing something specifically ordered by God?  That when Elijah hears a threat from this vengeful Queen that Elijah’s vision is still very limited to somehow think the God who just showed up in dramatic fashion would now abandon his obedient servant?  God knew all that.  Elijah just had not confronted those things in his heart – until now.   Till now.  And what does he do?  He doesn’t turn in on himself with those things.  He goes full-throated, unembarrassed by these feelings as He cries out to God.  That’s the key – That’s the point – Elijah still trusts God to bear his heart and soul.  And God doesn’t magically make it all better in that instant.  What does He do?  He sends an angel to feed him, tells him to rest and feeds him again, and then sets him on a 40-day journey to Mount Sinai.  He feeds Elijah with His word, with His bread – calls Elijah to be obedient and follow Him.  And when he does, he will have a beautiful, personal, intimate encounter with the Living God.  His heart will be made new.

That’s what’s so disappointing with this crowd in the Gospel.  They’re letting their temporal needs guide and direct them.  They focused on what they want right here and now.  Their focused solely on their stomachs and not what’s in their hearts.  They don’t see the ingratitude they have for the Lord in that they’ve allowed the gift of free bread and fish to make them believe they were somehow entitled to that, and anything else they wanted.  And we will see that will limit their ability to follow Jesus.

What’s in your heart? Praise God we find ourselves here in this place – hearing His word and preparing to receive Jesus’ Body and Blood in the Eucharist.  And the Lord is gently trying to catch our attention and move us away from the distractions of the day to day, away from worldly wants and desires.  Probing us to look at those fears that still keep us up at night. The sins that weigh us down with guilt and shame that we keep putting off going to confession with and receiving His gift of mercy and forgiveness.  The pains that we suppress because we have too much to do and think that no one cares about.

Elijah’s example shows us how to be vulnerable with ourselves and the Lord… God knows our limits, our fears and isn’t scandalized or frustrated by them – so why are we?  Can we be like Elijah, stop running, and just bear our hearts to Him?  Knowing more than an angel offering us temporal food to strengthen us, we’re invited to something greater, something far more nourishing.  Jesus’ offering His very flesh, His body, blood, soul, and divinity in the Eucharist – that we can “taste and see the goodness of the Lord” ourselves?   When we can hear these calls and respond, that’s when we start to realize that what’s in our wallets pales in comparison to the true, eternal treasures Jesus wants to pour into our refashioned hearts.