Why does God seem to make things so much harder than they need to be?  Do you ever wonder that?  That’s not meant to sound disrespectful or irreverent.  It’s a curiosity that pops up from time to time like with today’s Gospel.  Since December we’ve been hearing pretty much every week from the Gospel of Mark.  Today we begin a 5 week almost mini-retreat with the Gospel of John and this one particular chapter, chapter 6.  This whole chapter is one of the treasured sections of scripture on the beauty and the gift of the Eucharist.  The Eucharist, this tremendous mystery where Jesus reveals the need for us to receive His real flesh and blood.  That communion – the host we receive-  is not a symbol, not a metaphor, but His actual body and blood which is essential for us to take and eat.

Thanks so much for stopping by to read this, my homily for 17TH SUNDAY IN ORDINARY TIME- July 25, 2021, for sharing it on your social media posts and your feedback and comments! For the audio version you can get them at SOUNDCLOUD click HERE or from ITUNES as a podcast HERE. Thanks again… I hope you and yours experience all of God’s blessings today and always! In Christ – Father Jim

We start this 5 week reflection with this particular episode, that was so mind-blowing to the people that all 4 Gospel writers recount it.  This throng of well over 5 probably closer to 10 thousand men, women and children (a massive crowd which the apostle St. Philip points out over a half a year’s salary wouldn’t have been enough to purchase food so that everyone would have a little) – have all just experienced this amazing miracle where taking five loaves and two fish at Jesus’ word and command, was able to feed everyone till they were full and then had over 12 baskets of leftovers.  This was one happy, well-fed crowd.  They recognized this miracle, coming on the heels of several signs and wonders they had seen or had heard about.  And then St. John wraps it up with this interesting observation: “Since Jesus knew that they were going to come and carry Him off to make Him King, He withdrew again to the mountain alone.”

Why?  Why didn’t Jesus let them do so?  Wouldn’t that have been easier?  To let the ecstatic multitudes leading the way, demanding that Jesus be able to reign?

In short, because loaves and fishes were not that big a deal.  At the moment it was substantial and mind-blowing and awesome and every kind of descriptor you want to add to a bonafide miracle that thousands witnessed and experienced.  But from God’s vision, from His perspective – not so much.  Just like earthly power and authority, or being a “King” as the people had experienced or imagined…

Like them, to us, whose lives, whose energies, whose attentions are so often impacted, and at times manipulated or distracted by those in whatever leadership role we want to think about… as we have so many who are obsessed by who’s in charge, what they’re doing or not doing … and even worse we have those whose pursuit for power,  authority, and influence which seems to dominate their daily lives.   With so many thoughts, so many worries, so many fears that consume us day in and day out; it’s hard to argue, that people in those positions, things like power and authority are incredibly important…  why does Jesus dismiss this universal acclaim to seize this kingship outright.

We find ourselves very much part of this crowd.  Especially as we recognize how we have all kinds of hungers that make it easy for us to put ourselves in that crowd with that multitude.  Hungers for healing from all kinds of pains, and wounds, and loneliness.  Hungers for freedom – from fears that inhibit or torture us; from sins that shame and diminish us.  Hungers for love – not the shallow experiences that so often make up people’s definition of that word that are too numerous to recount, that leave us feeling duped or empty, but a hunger for true and authentic and genuine love.

All of those hungers come to mind and help us to relate to this physically hungry crowd.  That physical emptiness where we long for food is a universal experience that the poorest of the poor and richest of the rich can relate to (how or whether they can address that need is where there’s a major difference….) But everyone can relate to that feeling of hunger – physically, emotionally and spiritually. 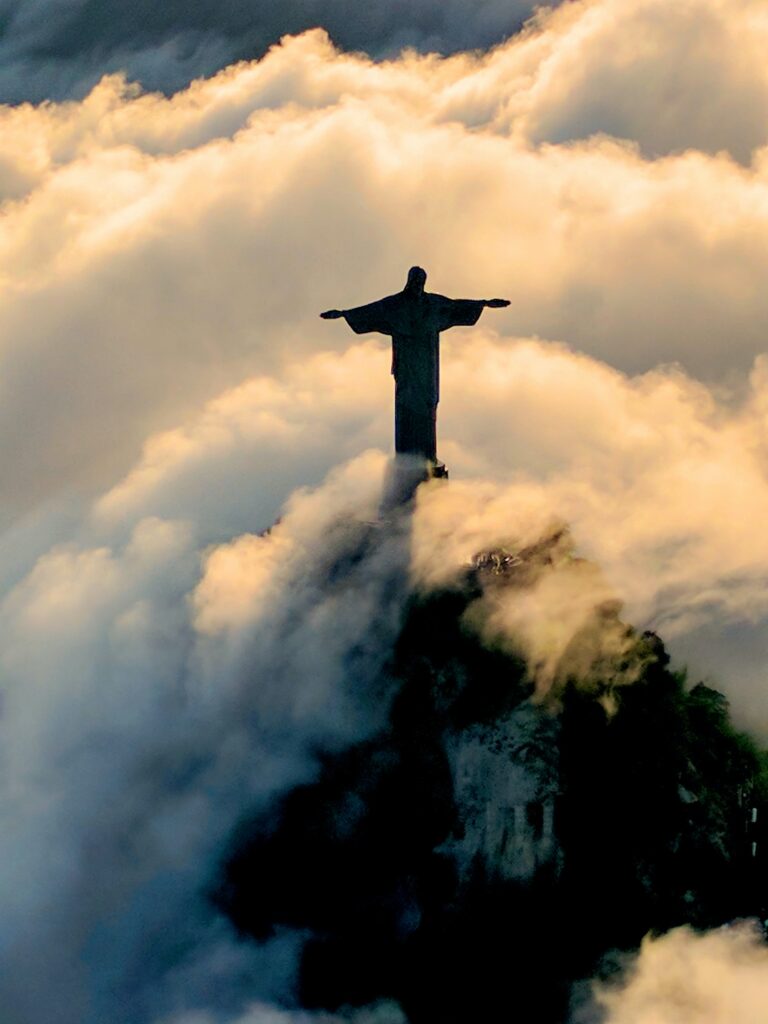 When this crowd in the Gospel experience this incredible miracle, the crowds wanted Him to be King because they liked what He had done for them.  Who doesn’t like an abundance of free food?  And while we’re at it, before this was the Wedding of Cana, where Jesus turned water into wine.  Who doesn’t like an abundance of free, choice wine?  And He had already demonstrated His ability to heal and restore people from all kinds of physical disabilities and diseases and illnesses – the first universal health care that was 100% effective, no side effects, no co-pays…  We all want to sign up for that here and now.

St. John interestingly doesn’t call these things miracles.  He makes a point to say that these things were “signs” to point to Jesus’ being, unlike any human being.  Fully Man and Fully Divine. God Himself.  Yes, Jesus cares… God cares about all of our very human wants and needs.  But only as a foreshadowing of the life to come.  Because when those wants and needs are “filled” we’re satisfied for a time, for a moment, but that moment will pass.

The person healed from the sickness – isn’t immune from ever getting sick again.  That wedding feast of Cana eventually ran out of wine and people sobered up and that was a memory.  The crowd of thousands who just had this amazing abundant meal will eventually be asking “what’s for breakfast?”  The famous Christian writer, C.S. Lewis said that once we recognize “that nothing in this world can satisfy, the most probable explanation is that we were made for another world.”

This brings us back to why Jesus didn’t let them make Him King right after this episode in the Gospel of John.  Yes, it would have been easier in that moment by universal acclaim for them to demand and force it to happen.  But Jesus knows the hearts of this crowd that wants Him to be King is momentarily satisfied because Jesus did things that made them happy.  They saw in these signs a vision of what they wanted for a King.  Jesus isn’t interested in simply making their, or our lives here better, comfortable.

Jesus isn’t simply interested in our physical, temporal needs.  His mission is to save us from sin and death. He’s worried about our souls.  He wants us to want to experience eternal life with Him.    He wants us to want that.  And this crowd that ate aren’t there yet.   Yes, Jesus wants to be their King- but not on their terms or merely human, worldly understandings – but of their hearts, their souls.  It’s not about us getting from Him what we want, but us conforming ourselves to Him and His will.

Which is something that we need to recapture.  I think for many of us, we have a sense that God should be happy that we’re here – that we show up for Mass – and that He owes us something for doing so.  We can hear that in the unfortunate public battles that have made headlines as of late about politicians and whether they should receive communion or not – whether they should be denied communion or not.  Things that have gotten uglier, and sadly political.  Because the undercurrent of so many of these arguments is arrogance and entitlement that is divisive.  In all of that, we’re seeing people who want Jesus to be an earthly king, feeding our very human wants and needs, aligning to our wills.    We’re focusing on very earthly realities rather than heavenly ones.

Jesus on this particular day refused to let them make Him King.  That doesn’t mean He’s not one already.  Nor that He doesn’t want us to be a part of that Kingdom.  He most certainly does and will go to Hell and back for us to show us the depths of His love, and the seriousness of His reign and His call inviting us to be a part of it.   May we not only recognize the importance of that for each and every one of our souls, but the importance of praying that everyone else does too.