Along with courses in scripture, sacraments, church history, morality, we had a couple of classes in seminary that tried to help us learn how to act in pastoral situations – encounters whereas a priest we would be called to minister to families going through a multitude of different challenges.  Over the course of the semester, the priest who was our professor underlined sentences that he said should never be uttered by a priest.  Things like:

Thanks so much for stopping by to read this, my homily for 12TH SUNDAY IN ORDINARY TIME- June 20, 2021, for sharing it on your social media posts and your feedback and comments! For the audio version you can get them at SOUNDCLOUD click HERE or from ITUNES as a podcast HERE. Thanks again… I hope you and yours experience all of God’s blessings today and always! In Christ – Father Jim

“Well they’re in a better place” or “At least they’re not suffering anymore” – when encountering someone who’s lost someone they loved and are deep in grief and mourning.  Because saying something like that can come across as insensitive or seeming to minimize the sufferings of those who are mourning.

-or – “God only tests the ones He loves” or “You have to look for that silver lining!”  When you’re meeting with someone who has gotten some difficult or challenging news like they were just laid off from work or received a bad diagnosis from a doctor.  It’s true, God provides the strength, the courage, the grace we need in the face of these and countless other things that we struggle with – but He doesn’t cause you to lose that job or unleash some illness on you so you can prove your love for Him by remaining faithful in the face of these things.

For some in the class, it was particularly challenging for them to hear these things (as they were being offered as a critique of “what they did wrong” in evaluating these future priests responses)   The professor’s point to us was that – these sentiments are all well-intentioned and no doubt people saying them are trying to be supportive to someone who is suffering.  But that they can come across as overly simplistic, insensitive or even dismissive to people’s real pain, real suffering.

I thought about that as I was looking at tonight’s Gospel.  In the middle of a sandwich where on each side we have Jesus performing a miracle – we hear Jesus saying “Do not be afraid, just have faith.”  Coming from Jesus, I’m a bit leery to quote my professor’s criticisms.  But thinking about some really heavy situations that some friends, some family, some parishioners are going through just in my life, I couldn’t imagine me saying His words to any of them in any of those cases:

-The family mourning the suicidal death of a loved one;

-the husband who keeps hearing what a great economy it is and how unemployment is at record lows but can’t find a job no matter the resumes he’s sent or interviews he’s been on;

-the couple who’ve separated, went to counseling, and then one day, he just shocks her and says he wants a divorce…  Just thinking about these and many others, and imagining myself saying   Do not be afraid, just have faith… I imagine some politely nodding, and walking away rolling their eyes at me;  others who are a bit more familiar to me might have a few other things to say to me in response.  And I can’t blame them…

But Jesus is offering more than just words.  He’s not just tapping someone on the shoulder and saying “there there, it will be okay” in a somewhat condescending manner as he walks away.  He shows us what happens when we do have faith. 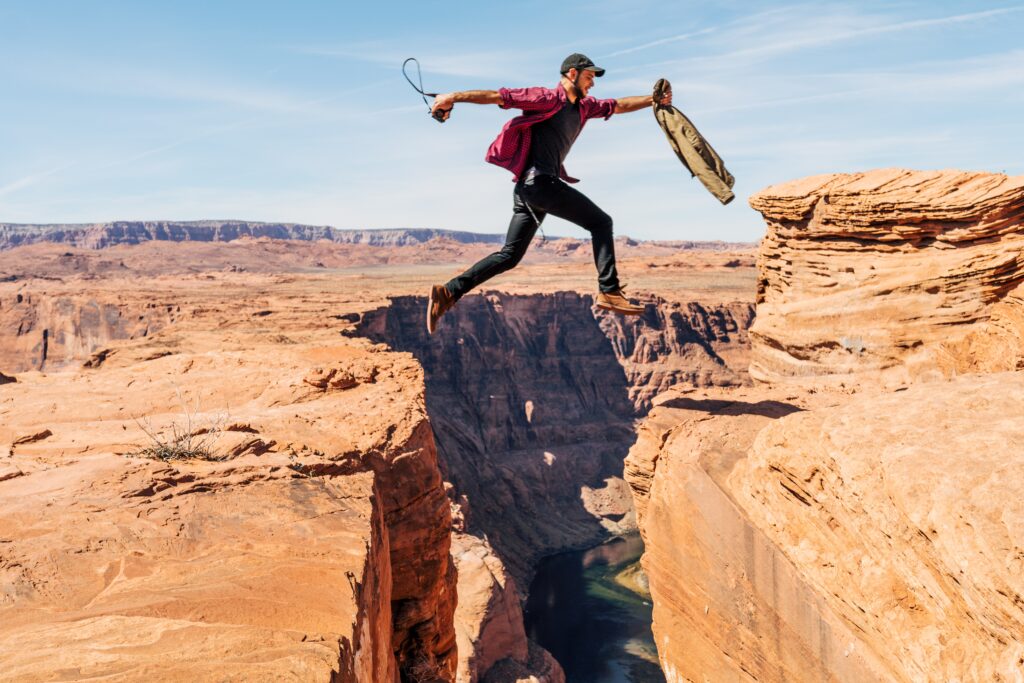 This one woman was afflicted with hemorrhages for 12 years… She had tried everything known at the time to alleviate her suffering – to no avail.  She has only heard about Jesus… she sees him, she reaches out and touches Him.  That episode interrupts the initial story – that the synagogue official, Jairus, came to beg Jesus for his daughter’s sake, who is so sick, she’s “at the point of death.”  By the time Jesus arrives at the house – after curing the other woman – people arrive (interesting how they’re not categorized as friends or relatives- maybe the Gospel writer, Mark, doesn’t think they truly are by their response) and say “ Your daughter has died, why trouble the teacher any longer?”  It’s in light of the previous miracle, coupled with what had to be devastating news for this father who had come to beg for his daughter’s healing that Jesus calls Jairius to a deeper faith in the face of deep despair – Do not be afraid, just have faith.

Those words are uttered, are recorded, and remembered because we are able to see pretty amazing results.  The anonymous woman who touched Jesus experiences instant, complete healing is called “daughter” – showing that this was more than just curing a physical condition but giving her a true identity.  Jairuis, the desperate father, ignores this horrific news and listens to Jesus…. trusts Jesus… and witnesses his daughter being brought back to life, restored to health.

The problem with stories like these I think is that we jump ahead and bring our own expectations to our prayers.  So when I hear of an illness, I can look at prayer as being the antidote – Jesus fix this, thanks – and then return to whatever I was doing before I heard this news.  Or the other side of the spectrum – how often have people criticized someone saying “thoughts and prayers” in response to some tragedy – because it’s seemingly empty words that are usually coupled by little to no real action on the part offering those words.

Faith in Jesus calls us to believe in Him, to trust in Him, to know and love Him… To recognize the precious gift of life we’ve been given.  To ask Him, listen to Him as He guides us throughout our journey of life.  To not forget Him when things are going well and imagine that somehow we are truly in control of every aspect of our lives… To not give up on Him when we struggle, and doubt, and fail, and fear and are tempted to believe that faith is useless.

It’s when we look at faith not as some quick response to an inexplicable situation, but rather a lifetime – well check that – an eternity of God’s goodness, his miraculous, unfolding story of love with all humanity… as well as with each of us individually – including an adult woman who’s struggled with a medical condition; a family where a young girl is death-ridden – you and I who have our own stories and struggles and cares and worries…. it’s when we see faith with that vision that Jesus’ words not only make sense, but are renewing and lifegiving:  Do not be afraid, just have faith…As if Jesus were reminding us – I see… I know… I’m here… I’m not going anywhere… Don’t bring your expectations, your demands – bring yourself to me and trust in me.  Then, we can “just have faith” – knowing that, in the end, that’s the only thing we truly have… and it’s the only thing we ultimately need.

Quick commercial  – we at Red Hawk Catholic have just launched our first Appeal since December 2019.  To read more, please go to:  https://homilyonthespot.com/2021/06/27/god-is-good-summer-2021-appeal/  And to donate, please go to REDHAWKCATHOLIC.com or checks can be  made out to NEWMAN CATHOLIC and sent to 894 Valley Road, Montclair, NJ 07043.  Thanks so much for your consideration!  In Christ – Father Jim