For those of you who aren’t familiar with Twitter, when you log into the social-media site, there’s a listing titled “what’s happening” that is updated pretty frequently to tell you the main topics being discussed on their platform.  So oftentimes you might see the name of a politician who did something, said something noteworthy (or controversial), or maybe a celebrity who has passed away.  There’s also“hashtags” that will be on the list as trending which can be about an event – like on Friday #Euro2020 was on the list for the opening game between Italy and Turkey or it could be a phrase that might become like a catchphrase to describe something that is happening or a topic of conversation.  For the most part, I might skim the list to see if there’s some news breaking, but rarely click any of those topics.  But about three weeks ago I couldn’t help myself when I saw the phrase #ACrippleHasWalked.   I couldn’t imagine that anything of a religious nature would trend on Twitter – so my curiosity was peaked.

Thanks so much for stopping by to read this, my homily for 11TH SUNDAY IN ORDINARY TIME- June 13, 2021, for sharing it on your social media posts and your feedback and comments! For the audio version you can get them at SOUNDCLOUD click HERE or from ITUNES as a podcast HERE. Thanks again… I hope you and yours experience all of God’s blessings today and always! In Christ – Father Jim

The story was about how in Kenya there was a Christian Church (not sure if this was a Pentecostal or non-Denominational Church, but they were definitely “charismatic”) who were celebrating that this young boy who had been unable to walk, after being prayed over was standing and walking upright.  Because Twitter is a global thing, and users all around the world can interact with topics and trends, what had started out as a miracle claim turned (and turned ugly) pretty quickly.  I probably should have resisted the urge to click on the link in the first place.  Because it took some time to get past some messages that were really angry, and filled with really filthy language mocking the story, the people.   One of the first posts that came up for this topic, which turned out to be one of the most popular tweets on this hashtag said something along the lines (going to have to edit and clean it up) You know, I was on the fence about my religious faith, but once I saw #ACrippleHasWalked trending, and saw what all that ableist crap was about, I’m now officially an atheist. Thanks, Twitter!

Twitter really can be a sewer of a place.  People do seem to try really hard to outdo themselves in snark, who’s tweeting something just for more (phony) attention (phony because just because you’re words are “re-tweeted” or “liked” isn’t real affection or care for you as a person) But that one really stood out because the demeaning and denigrating of people of faith, the arrogance and condescension dismissing miracles at all, and how people were trying to amplify that message was sad and disturbing.

This isn’t to make some sort of determination about this particular incident in Kenya as relayed through Twitter.  With doctored photos and videos, and all kinds of manipulations that happen on social media – I don’t put my trust or belief in something just because I read it or saw it on the internet – (which, side note, I’d propose for anyone, is actually good advice…)  But the question I was asking myself was – what would it take to convince someone to believe in God and His power, His ability to work here and now?

Whether this particular story was true or not, that this boy who had been unable to walk, through the power of prayer was now able – I know, I believe that this has happened before.  I have seen and experienced miraculous things… I have heard testimonies and witnesses of people that I trust who have seen and experienced miraculous things in their own lives as well.  But aside from those dramatic occurrences – there are everyday ordinary miracles that take place like the ones Jesus describes in these parables about planting and growing.  We take these things for granted, treat them as ordinary and routine…  or maybe you’re like me who’s not the most successful of gardeners who purchase already grown plants in pots, point to them as my “gardening” and then dump them at the end of the season – We might not appreciate how miraculous the act of planting, of growing truly is.   But think about that mystery:   that a seed and some dirt can result in flowers, plants, vegetables, and fruits… Yes, there are tips and techniques in terms of watering, and fertilizing, and harvesting them that can affect their growth (or lack thereof).  But at its most basic level, the growth is somewhat hidden and mysterious.  The entire process is a part of God’s creation – the potential, the results for every seed, every growth are ultimately a part of God’s providence. 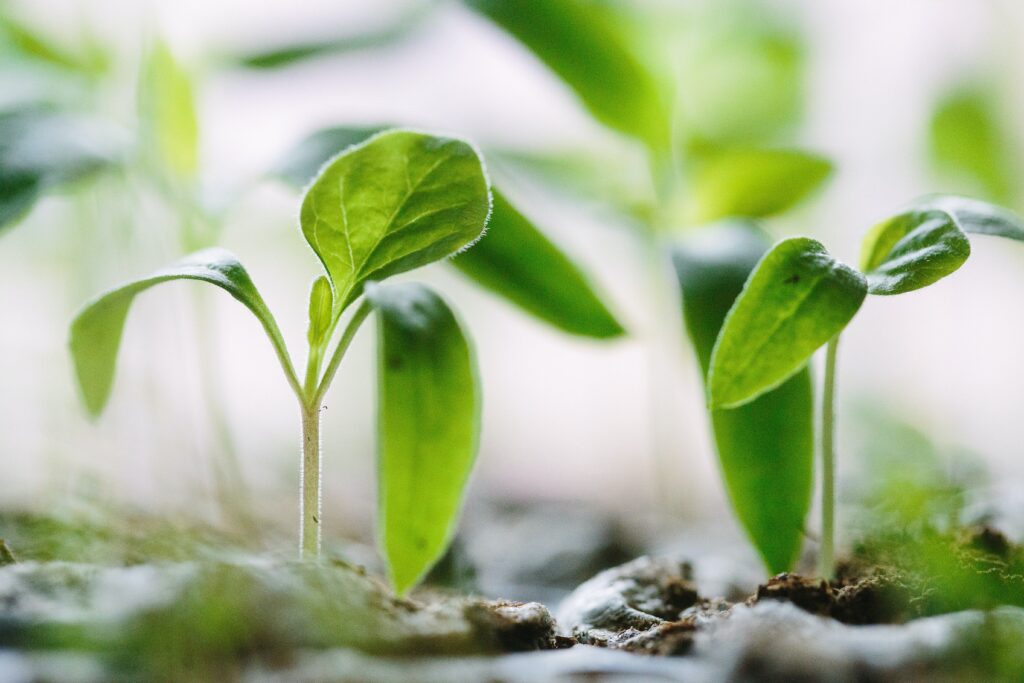 The reason I can appreciate these things is that I have a vision of faith – my life has been forever changed by Jesus Christ and He animates every aspect of my life to help me see His presence and action in the world – whether it’s in an extraordinary act, or something common like a sunrise, a sunset, or a plant growing.  That’s what a life of faith is intended to do for everyone.  But how does that happen – how does a person develop that vision of faith?  That too can be miraculous as Jesus explains with this parable:  Jesus makes it clear that the potential for souls to be saved through His Gospel being proclaimed, for the world to be transformed by the power of the Holy Spirit being unleashed – that doesn’t come simply from a Priest, a Bishop, a Cardinal or even a Pope.  They (we) all have a role to play, for sure – so that’s not to dismiss them as unnecessary.  But neither are you.  Every one of you has that same potential, you have by your Baptisms been anointed and entrusted with gifts of the Holy Spirit.  You are meant to be missionaries in your homes, your neighborhoods, your schools, and your workplaces.  Not just by living a life of faith, where your example is a proclamation of the Gospel and the impact Jesus has… but even more, by our wanting those we encounter to share Jesus’ desire for them, that they experience eternal life, that their soul’s matter.  I have a friend who is so well-versed in stocks and trading and the whole wall street thing who was so excited and animated about it, that he literally poured into me information (whether I wanted it or not).  Because he’s a friend, I care about stuff he cares about and there’s a level of trust there that he actually got me to participate in some of these trades and stuff. We’re not wall street titans or anything.  But honestly, 5 months ago, I never even thought about it, or was even really interested in it.  His witness and testimony had an effect on me.   That’s obviously a very worldly example… but the point is – we share, we influence those around us with everything from schools to attend, movies to check out, professionals we recommend… how many of us are willing to do that same thing in regards to faith?  To share what we celebrate here, the who we encounter here who wants every soul, who wants your neighbor, your co-worker, your good friend who doesn’t go to Church anymore to be saved – who desperately wants the whole world to experience eternal life?  Jesus has entrusted that as part of your mission.  And taking a step back, we have to marvel at how that has been how the Gospel has spread and continued to extend through every age in every nation throughout the world.  By disciples of Christ having faith in Him and in themselves to take that risk to love someone else and share this good news with them.

Seeing the vitriol and negativity online at one particular miracle claim is hard to use that as a barometer for how that translates into the number of people who dismiss that story or dismiss the possibility for a miracle, who are blind to the miracles that surround us as we give thanks for the very fact that we opened our eyes this morning, took our first breath (for some of us, smelled and tasted that first cup of coffee).  There are way too many who are deprived of or have lost that vision of faith.  We don’t have to believe every time a claim is made like “a cripple has walked” but as believers, we know it is possible.  We have seen it.  We have experienced His action.  Will we be bold and courageous enough to share that good news, to invite others to have that vision of faith?  God will take care of the growing – but He needs us to take that risk to plant…