Had you told me 15 months ago that one of the greatest signs, symbols, and sources of division, stress, that would be causing passionate – – even violent debates would be a piece of cloth over one’s mouth and nose – I would have never believed you.  When this chapter of history that we’ve lived through is written, it will be curious to read how the “Mask mandate” and controversy that has surrounded it from the outset to present day will be judged.  You have the extremes on both sides of the issue – from those thinking it’s the singular only hope to being able to interact with others in some in-person capacity to the other side who think it’s a complete fraud and example of government overreach by intruding in an individual’s personal life – with each of those sides “mask shaming” others who don’t agree with them.  It’s almost Shakespearean “to wear or not to wear, that is the question.”

Thanks so much for stopping by to read this, my homily for PENTECOST – May 23, 2021, for sharing it on your social media posts and your feedback and comments! For the audio version you can get them at SOUNDCLOUD click HERE or from ITUNES as a podcast HERE. Thanks again… I hope you and yours experience all of God’s blessings today and always! In Christ – Father Jim

Objectively (if that’s possible) if people could take a step back and reflect on it without the charged and polarized rhetoric we might see how this debate has gotten out of control. Generally speaking, people want to do what’s best for themselves and for each other. It’s a given that only someone who is unstable would want to get sick or get someone else sick.  Sadly the lack of trust we as a people have for one another and anyone at any level of authority right now has led to the lack of civilized dialogue.  Instead, we hear people holding different views, often with some reasonable points that should be considered but are almost instantly demonized for not agreeing with those holding the opposite view.

There’s a lot of reasons for this.  But one that stands out is that on a certain level this isn’t just about wearing a mask.  It has to do with something far far bigger and more important to every person: Freedom.   On the one side, masks are the way to freedom, for the other, it’s inhibiting one’s freedom.  Once the discussion shifted into that realm, well it’s a bit more understandable (while regrettable) that things became much more heated. 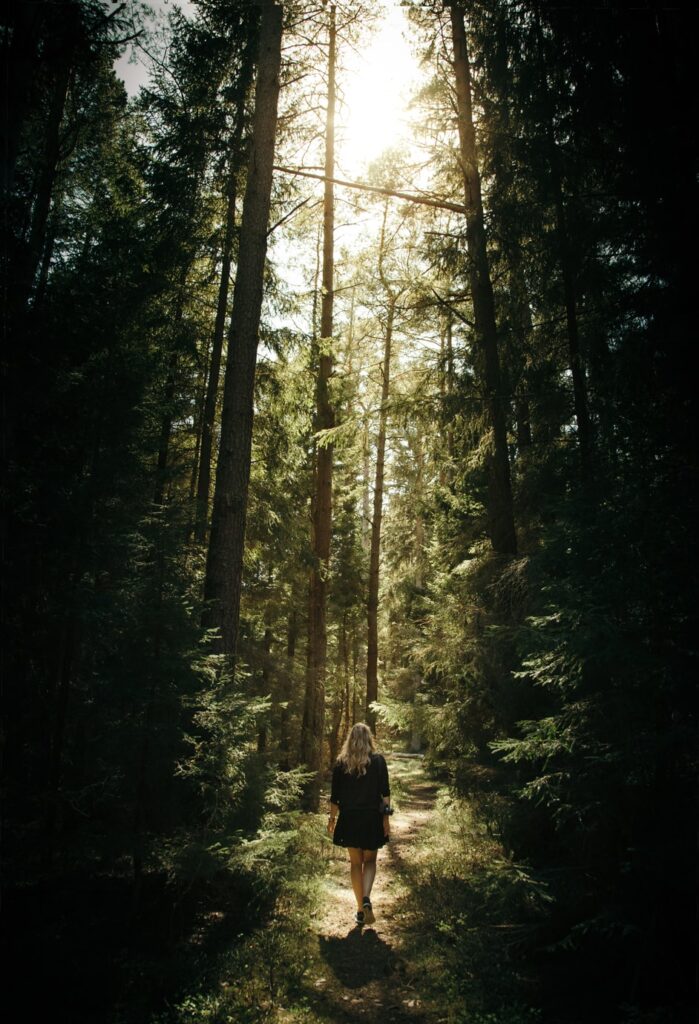 There’s a reason I’m even taking the risk of triggering people by even mentioning this whole thing (while trying to be respectful of both sides and keep my own personal opinion out of it)   There’s probably nothing more important to Americans –  there’s probably nothing more than all humans desire or long for, or fight for than freedom.    For us individually, “Freedom” impacts our decisions, our responsibilities, our pursuits.  Communally, think of all the arguments that cause so much tension in our public square – everything from abortion, immigration, poverty, education… they are all connected to this question of Freedom and a person’s definition and interpretation of it.

In the last 90 days, (40 days of Lent, 50 days of Easter) we as Catholic Christians have been on a journey not only recounting the true source of freedom for humanity but reflecting on our own personal journey as well.  In the familiarity of these days and seasons, we can lose sight of that.  We can look at Ash Wednesday and Lent as this prep period to commemorate Jesus passion and death during Holy Week, to celebrate Easter His resurrection from the dead, and come to Pentecost where the Holy Spirit first descended on the Church as kind of the “finale” to a very eventful 12-13 weeks.

That’s a lot of ground to cover.  But it’s not meant to be compartmentalized and separated from each other into some historical remembrance that we draw meaning from.  They’re all connected:  Lent, Easter… The Passion, Death, and Resurrection of Jesus Christ – the outpouring of the Holy Spirit – are not just past events we recall with fondness but are present realities.  They speak of how God re-created His creation, which was broken and disfigured by human disobedience.  This annual journey is meant to refocus us on His gift of Freedom that He alone can and has given (sorry/not sorry to any government who thinks otherwise).  Freedoms of intimate and eternal importance:   Freedom from sin, freedom from anything that tries to enslave us and diminish us,  freedom from death.  That’s been the whole point of the past 90 days.

Think back to those ancient prophetic words we heard on Ash Wednesday to “rend our hearts not our garments” and to be “reconciled with God… [that] now is an acceptable time…now is the day of salvation.”  That followed by 40 days of Lent that was meant to shine a light on our brokenness – on all the things that hold us back from truly living the precious, God-given identity of being His sons and daughters. To recognize that we struggle with sin, we might still fail in resisting temptations to greed, vanity, pride, selfishness, or any other sin we could think of.  That we don’t feel like we’re His children because of addictions, abuse, or the list of things that we’re ashamed of, that we feel guilt over.

But we come here confident that those feelings don’t tell the full story.  That in Jesus we find forgiveness for those sins, even the ones that we find we commit over and over again.  We’re always one good, thorough confession away from being wiped completely clean… All of that is accomplished by Jesus’ Passion and Death on the cross – where humanity threw it’s ugliest, unleashed its most detestable, mounted the greatest offense against God Himself through its actions and inactions, its lies and manipulations – aligned itself with “the Enemy” – Satan who always tries to convince human beings they are gods themselves.

On Easter Sunday, which astounded the disciples to see Jesus Risen from the dead, where He proves once and for all that He’s greater than the worst that humanity could throw at Him – even more transformational is that the first thing He does is lavishly pour out His love, His mercy, His peace, His forgiveness… Pentecost celebrates that gift of the Holy Spirit poured out on the Church, not just 2000 years ago, but on all those who’ve been baptized into Jesus Christ… which enables us to bring His resurrection power into our lives and into our world.  To act in His name.  To experience true freedom ourselves and help others to as well… to continue God’s work of Easter, to re-create creation.  Think of all the ways that happens:

Think of all the people who have been healed in Jesus’ name – yes the stories of miraculous happenings, but also the more common, hidden miracles:  where a loved one takes care of a sick relative, where an orphan is cared for, where someone addicted to alcohol or drugs has a sponsor who will run to be at their side 24/7…

Think of those abandoned and are vulnerable – the unborn, the poor, the immigrant, the prisoner, the homebound  – who so many either ignore or use for political purposes – who find those who in Jesus’ name are true champions, defenders, and those who accompany them from womb to tomb

Think of the witnesses who have humbled the world by their radicalness of following Jesus’ example. Just in the last century, we have had examples of people like Sr. Edith Stein and Fr Maximillian Kolbe whose Christ-like example took place in the horror of Nazi Concentration camps or Fr. Mychal Judge blessing firefighters on 9/11 in the lobby of the World Trade Center – these were just three that came to mind of people going to their deaths serving others in Jesus’ name in the most dire and bleakest of circumstances where all hope seemed lost, where evil seemed to reign supreme.  They remained steadfast and confident losing their physical lives in that pursuit knowing an even more glorious life awaits those who love and follow Jesus. 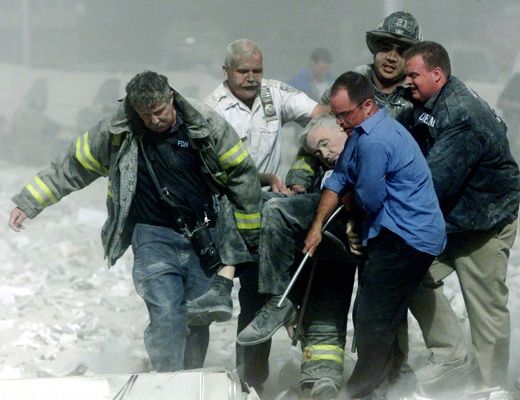 There are countless examples of what the power of the Holy Spirit has done and is doing, working in the lives of fellow brothers and sisters in Christ who weren’t perfect people but who truly believed in Jesus Christ, who let His life, death, and resurrection transform and expand their visions to see beyond the very dark and limited and even evil things that were in front of them and didn’t give into despair.   Who didn’t go along with all those who were marching in lock-step thinking “what can one person do?”  Instead, they followed Him.  They yielded to the Holy Spirit’s promptings and followed Jesus’ selfless sacrificial example whether those were minor inconveniences to their daily lives to something that cost them their very lives.

That same Holy Spirit is dwelling within each and every one of us.  How are we allowing or preventing Him from working within us at this very moment?  Yesterday I happily shared the news that the Bishops of New Jersey have announced that in two weeks the dispensation from Sunday Mass has been lifted – that on the feast of Corpus Christi, the Body and Blood of Jesus Christ, we as Catholics once again are “obligated” to attend Sunday Mass.  Or to put it more positively, that we’re obviously in a much different place than we were 15 months ago.  And I was startled by how people used that post as an opportunity to argue (once again) about the lockdown, how/why/what should’ve been different, about vaccines, and yes, about masks.  As gently as is possible for this Jersey Italian, I kept trying to keep it on point that the most important thing for us as Catholics is receiving Jesus’ body and blood in the Eucharist.  Here is where Heaven meets Earth… Here is where life conquers death… as important as all these other debates may or may not be, they all pale in comparison to what God offers us here at every Mass, and what the Holy Spirit we received at our Baptisms and Confirmations wants and needs to accomplish with and through us.  Sadly there were some who didn’t want to hear that and instead wanted just to fight.

This has been a disorienting and difficult time on so many levels… in ways far worse than just wearing a mask or not.  The losses people have experienced – the isolation – the anxiety – the tension has done a number on people’s hearts and souls, people are mentally and spiritually sick.  There’s going to be a lot of work to do for people to recover and restore from this experience.

This Pentecost, God once again entrusts us with His vision and equips us with the Holy Spirit who gifts us, enables us to recast the vision of what true and authentic freedom looks like: Freedom from fear… Freedom from what enslaves us… Freedom from sin… Freedom from death… Freedom to live as His beloved sons and daughters.  How are we allowing or preventing Him from working within us at this very moment? 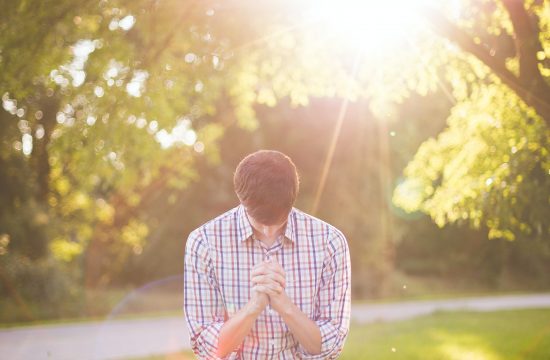 HELP ME FIND MY WAY… 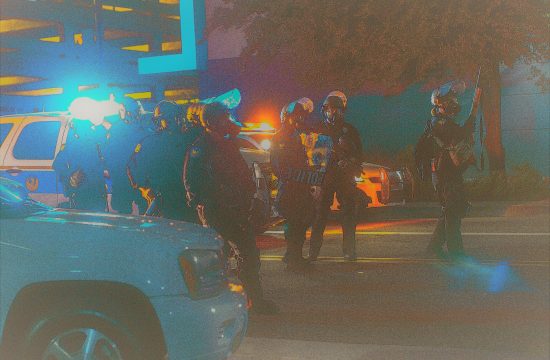 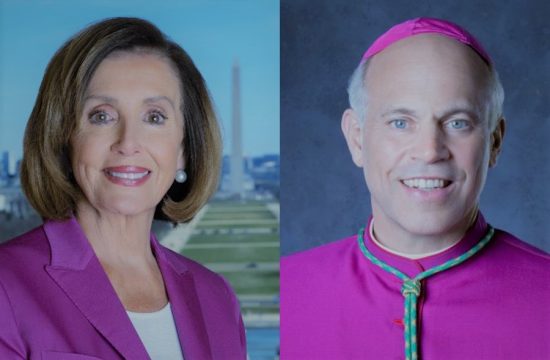 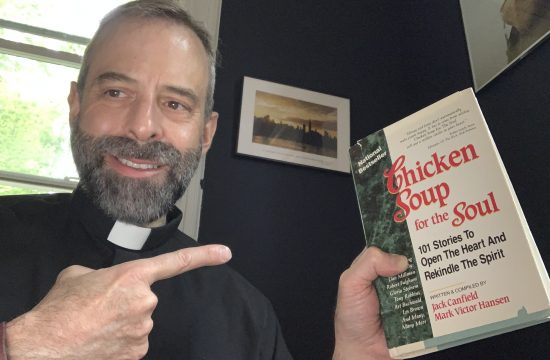 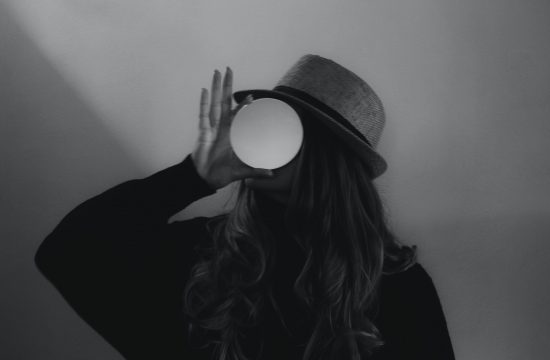