When was the last time you experienced or witnessed mind-blowing generosity?  Far too often, members of Generation “Z” – those who were born between 1995- and 2012 are described in pretty unflattering ways.  Perhaps everyone feels that way about their generation when they’re being evaluated by those who are older…   But having worked with college students for over a decade now, one (of many) joys has been seeing some of the most beautiful examples of sincere generosity that has been mind-blowing to me.  Like when on a Midnight Run where we were bringing food, clothing, and toiletries to homeless men and women a couple of years ago in New York City and seeing the students hugging and praying with these strangers was beautiful itself… but even going beyond that, this one night in particular when we happened to be on a stop in Midtown Manhattan and by that point had run out of some supplies… which often happens… we have no idea how many people we’ll encounter and so the objective is to do the best we can.    This one homeless man very patiently was standing on line as those before him were being shown what was still available in terms of coats, sweaters, boots.  One of our students saw him standing there and went over and asked was there anything in particular that he was looking for, and he simply asked for new socks.  Of all the things that we had left at that point, that was the one thing we were out of… At that, this one student said “give me a minute, just stay here” and then bolted before I could stop him and ask what he was doing, where he was going, reminding him we had a schedule to follow and blah blah blah – before a word was out of my mouth, the kid ran down to a department store that was still open and bought a package of socks for this person.  I think this is the first time I’ve ever shared that story, I was just blown away on so many levels by the whole experience.

Thanks so much for stopping by to read this, my homily for the 6th Sunday of Easter – May 9, 2021, for sharing it on your social media posts and your feedback and comments! For the audio version you can get them at SOUNDCLOUD click HERE or from ITUNES as a podcast HERE. Thanks again… I hope you and yours experience all of God’s blessings today and always! In Christ – Father Jim

Another example was from one of our FOCUS Missionaries.  FOCUS (Fellowship of Catholic University Students) missionaries are recent college graduates who fundraise their salaries in order to minister to students (that in and of itself is mindblowing, especially imagine some of their parent’s reactions when they tell them after 4 years of college, they’re going to be begging for funds so that they can lead their peers in bible studies and in trying to have a deeper personal relationship with Jesus Christ and His Church – some of their parents think it’s mind-blowing but not in a positive way) So I’ve been moved and humbled by these missionaries over the 10 years they’ve been a part of our ministry.  One missionary a few years back, his team member said to me “guess who’s donating a Kidney and wasn’t planning on telling anyone” – I did correctly guess… when I was able to get the story out of him, which he sincerely didn’t want to share lest he gets any recognition or accolades for it – he explained, “a guy I went to High School’s kidney wasn’t working and he needed a transplant, so I went and got checked and found out I was a perfect match so I offered it.”  He wasn’t a relative or even a close friend… And this missionary, he hadn’t even discussed it with his family when he made the decision to donate it, and had he not needed to have some time off for some recuperation probably wouldn’t have even shared it with his teammates.  We kept it secret that I even knew about the surgery and his generous gift, and the day after the surgery was done, I went to visit him in the hospital.  He was so surprised and slightly embarrassed that I was there and had found out about what he was doing, so I said to him “I brought you something that I thought you might need” at which point I presented him a can of Kidney beans.  To which he started laughing and then grabbing his side in pain… I said “does it hurt to laugh?  Well good, I’m helping you to continue to grow in holiness so now you can offer the pain up as well…”

While there are countless examples that demonstrate people’s selflessness and their thoughtfulness and how they’re living out their faith, those are two experiences that radically stay out in my mind as sincerely being “mind-blowing.”  That not only were just moving and profound examples of how they heard the Gospel message and were trying to respond to it, but humbled and challenged me to ask what limits and why I put those limits in my response to being generous and responding to the Gospel. 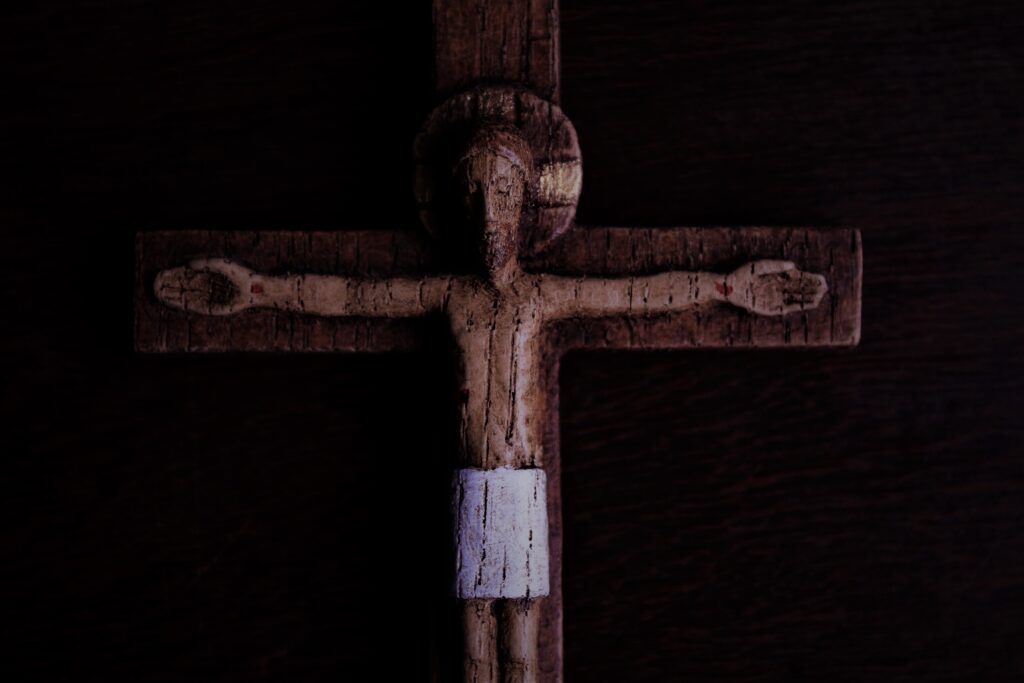 That’s kind of what’s happening in today’s scriptures.  Especially starting with that first reading from the Acts of the Apostles.  We need a few more details to understand how utterly mind-blowing a passage that was.  For Peter and as they are described in the reading, “circumcised believers” or in other words, fellow Jews – this is after Jesus’ Ascension into heaven and the outpouring of the Holy Spirit on them at Pentecost.  So they’ve been sent by Jesus to share the Gospel message to the ends of the earth.  The Apostles expectation though, as life-long Jews, whose vision had been shaped by the scriptures of the Old Testament and their appreciation of their being God’s Chosen People was that they needed to get all the Jews to recognize Jesus as the Messiah, as the one who was to come – and that the restoration they had expected of a “kingdom” was far greater and of more eternal significance than any of them had imagined as they experienced the Resurrection of Jesus Christ from the dead.  All of that was enough for them to try to wrap their minds around.   But their initial focus had been about preaching and baptizing fellow Jews.   So in that reading today, when a non-Jewish, pagan, Roman military official named Cornelius comes to Peter looking to be baptized, the “circumcised believers” were kind of debating what did this mean, or what do we do?  How do we handle this?  – did he need to be circumcised and become Jewish first?  That’s when they witness the Holy Spirit coming upon these non-Jews.  For Peter and the others, once again, they are astounded by what God was doing.  Their minds were blown, their visions completely re-cast as they continue their apostolic missions recognizing on a deeper and broader level all that Jesus had taught.  Particularly how Jesus was calling all humanity to be saved through Him as the way, the truth, and the life.

Which probably made their remembrances of the Last Supper and Jesus’ dialogue with them in this Gospel far more profound.  In the hours before Good Friday, as they are gathering for what they thought was going to be just their celebration of the Passover – as the triumph of Jesus’ being welcomed on Palm Sunday still resonated in their minds – they were somewhat blind and not paying attention to Jesus’ warnings of what was to come namely the chaos and confusion of the unjust arrest, trial, torture and death of Jesus.  And even though He had tried to prepare them for that, and to anticipate His “rising from the dead,” well those were things they couldn’t understand or appreciate.  Now post-Easter, they’re able to revisit everything in light of Jesus being Risen from the dead.  All of that was and is utterly amazing.  But Jesus simplifies things in this passage where he calls them and us who “keep my commandments” we’re not merely followers, or students, or even disciples- we’re not lowly creatures or slaves of a Divine Creator but something far more mind-blowing – his friends.

Maybe because that term has been so cheapened or watered down we kind of lose how truly radical this is.  God who doesn’t need anything or anyone, wants and desires us.  He calls us not simply to follow the commandments out of obedience as the creator of the Universe would have every right and expectation to have – but personalizes it and wants an intimate relationship, a friendship with us.    That Good News has to move us as well as humble and challenge us in asking how will we respond?

If we truly want that friendship, St. John in his letter from the Second Reading and his recounting of this Last Supper Dialogue tells us how: love.  Granted, in a world where feelings are treated as paramount, it’s no wonder people not only misunderstand and are confused by that call and the very word of love.   I mean, we have McDonald’s saying that in response to their Quarter pounder with cheese and fries “I’m loving it” – uh no… you might crave it, you might enjoy it (at least when you’re first eating it, I don’t know about you a few moments later after eating Mc Donalds it’s not  I’m loving it, it is more I’m regretting it” )

But for us Christians, when the truth of these terms are understood and lived, when friendship when love is understood in the light of Jesus Christ’s life, death, and resurrection and lived from that vision of faith, we recognize how diminished those contemporary definitions of those words and terms really are.   For Jesus, love is quite simply, but profoundly:  selfless, sacrificial, life-giving.  We can recognize the difference between that and someone’s enjoying a fast-food meal.  We are moved to wonder and awe at the more authentic examples and expressions – whether it’s a student on a midnight run buying socks, a missionary donating his kidney to an acquaintance, or for the women our nation honors today on this Mother’s Day whose life and example through bearing us and bringing us to birth, raising us to embody and demonstrate the very nature of love… We are being challenged to ask in what ways have we limited our response to the Gospel?  How have we held Jesus at a distance in our relationship with us personally?  May we take comfort in these scriptures today to recognize how God is constantly trying to blow our minds, and expand our hearts to authentic love, and genuine friendship.