It’s hard to remember a time where we’ve seen calls for boycotts over a wide range of issues, controversies, debates on almost on a weekly or even daily basis.  You’ll hear about how this company is boycotting a state or how in turn they are being boycotted for their stances and positions.   Advertisers announce they are boycotting a network or a program over some controversial things said.   In the news the last few weeks have been calls for the United States to boycott the 2022 Beijing Olympics – over human rights violations being done by the Chinese Communist Party to  Muslims and Christians, to pro-democracy activists in Hong Kong and Taiwan, going so far as pointing to concentration camps and claims of genocide being done this very day by that regime.  Boycotts are even happening on a more localized level.  A friend tells me they’ve joined this group and as part of it, has completely deactivated their Facebook, Twitter, and Instagram profiles out of concerns over privacy and data being shared and manipulated.  Another tells me not to purchase products from Amazon (where he works) to support their calls for unionization and better work conditions.

Thanks so much for stopping by to read this, my homily for the 3rd Sunday of Easter – April 18, 2021, for sharing it on your social media posts and your feedback and comments! For the audio version you can get them at SOUNDCLOUD click HERE or from ITUNES as a podcast HERE. Thanks again… I hope you and yours experience all of God’s blessings today and always! In Christ – Father Jim

As I was thinking about all this, and doing a bit of research I was surprised to learn that this word “Boycott” was actually a person before it became a verb, in this true story that comes from Ireland.  In the late 19th Century, a retired Army Capt. Charles Cunningham Boycott — the namesake of all boycotts— became a land agent in Ireland.   The short form of the story:  Boycott was told to raise the rent on all of his tenants, who in response to this startling and impossible turn of events- refused to work.   Which started a domino effect where the mailman stopped bringing him his mail and businesses in the area wouldn’t accept his money. He couldn’t continue business in such conditions and was forced to leave Ireland.   Peasants saw the power of boycotts and began calling for them all over the country.

While some of today’s calls might seem controversial or ridiculous to someone else… while some of these protests are more effective and successful in effecting change than others, there is something impressive about the resolve and the commitment on the part of those who do participate.  I might disagree with that relative who refuses to eat any meat products because she believes it’s unethical, but I respect her opinion and her passion for something that has become an important issue to her.  I am even willing to listen to her reasoning, consider her arguments and even give some thought to some of her concerns because of my love for her as a relative and my admiration for her example. 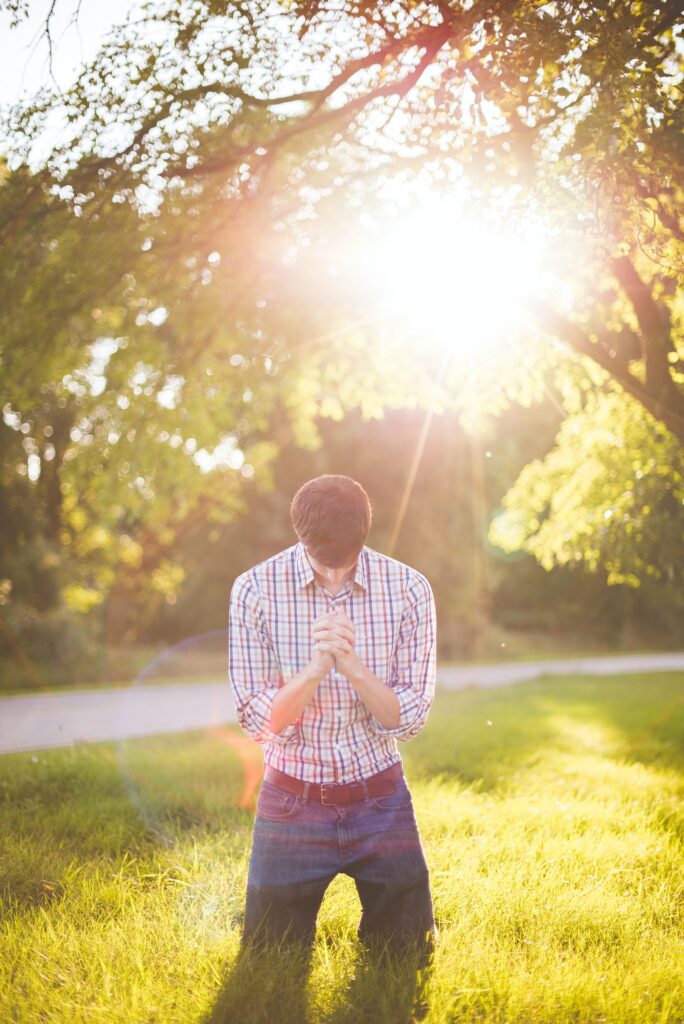 The question that I’ve been wrestling with this week is – Would anyone be able to say the same about us and what we say here is the most important thing in the history of the world – and in our own lives?  That Jesus Christ, who was unjustly arrested and maligned by his own people, tortured and executed by the Romans is risen from the dead.  That the Resurrection of Jesus Christ is of such importance and has implications that are meant to affect every soul throughout history.  Because very pointedly this third Sunday of Easter, the Gospel ends with Jesus saying to the people who’ve gathered in the Upper Room, you are witnesses to these things. For those first followers of Jesus, they were listening to another account of Jesus’ Resurrection:  appearing to disciples on the Road to Emmaus, and being made known to them “in the breaking of the bread” – in the Eucharist… and St. Luke sets the scene that just as they’re telling that story – Jesus appears before them.  Shocking, exciting, stirring up a whole host of emotions as one would imagine they would experience.  And as He sits with them, eats with them, talks with them – as the truth of Jesus being Risen from the dead sinks in, Jesus tells them – all that He had taught them: that He is the Way, the truth, and the life… that the calls for repentance coupled with the assurance of the forgiveness of sins in Jesus name – to don’t forget that all of that was true too.  In fact, that’s the more urgent message for the world.  His followers aren’t to sit in the comfort and the joy of that upper room simply basking in being on the right side of history.  They were to preach this news… They were to be “witnesses of these things.”

Meaning it wasn’t just about sharing a report, passing on stories, recounting their experiences.  How was the truth of the Gospel, how was the way of being a Christian, how was the life that comes from following Jesus – the newness of life here and now as a foretaste of the eternal life to come – how was that proclaimed by the very lives of Jesus’ followers?  We know from history that in the immediate aftermath of Easter and Jesus’ Ascension, and then Pentecost – the world would be rattled by the Easter news and the witnesses of the entire Church.  Certainly, it was the Apostles preaching, baptizing people…  But that would only go so far.  When people saw regular Christians, nameless to us brothers and sisters of ours who sold all their property and belongings to live in community and for this mission… When people saw that the poor and sick were no longer dismissed as somehow deserving of their troubles but were loved, provided for, cared for…  When people saw countless numbers suffering the same fate as Jesus did – suffering torture and death simply for uttering His name, but doing so courageously because they knew that the promise of eternal life was far greater than capitulating and denying or renouncing their beliefs – those “witnesses” were an accelerant for God’s word to reach the very ends of the earth.

For us here as Catholics in the United States in 2021 – we’ve gotten way too complacent and comfortable – both Church leadership and membership.  When I look at our massive, beautiful Cathedral Basilica in Newark and realize that was funded by poor immigrants who had become citizens during one of the most trying times of American History – during two world wars, and the Great Depression, it makes that place even more amazing and beautiful.  That was one of their most enduring witnesses, a gift to the generations to come, demonstrating their faith in a concrete way.  The number of schools, parishes, hospitals just in our own local Church is kind of breathtaking to consider.  We can see this whole massive effort of the Church, mostly funded by poor people, who gave what little they had to ensure people of all ages were educated, the poor were clothed and fed, the sick were cared for, and a whole host of societal evils and ills were addressed and fought.  It’s a sad assessment that many of these institutions are running on the fumes of previous generations.  And there’s a lot of finger-pointing as to why.

This isn’t to get into the church scandals (once again) or opine about wrong-headed moves and decisions.  Nor is it to pass the blame onto everyone in the pews.  It’s something each of us has to ask ourselves – how are we “witnesses” to the Risen Christ?  How are our lives changed by being His?  Is it something that affects our lives when we walk out of the doors of this place – or are we comfortable for the time we’re here thinking that simply because we’re here God should be happy?

I’ll share one personal story.  Somewhere along the line a few months ago – I can’t remember if it was a  podcast or article or something that was talking about all the boycotts and stuff and the thought was “how serious am I about what I believe in how I live my life?”  First, that made me end some subscriptions to streaming/entertainment services like Netflix and Sirius/XM  that weren’t necessarily evil, but there were things that I personally found offensive and asked myself “do I really?”  If I do, why am I watching or listening to them, why am I supporting them financially?  That then triggered a thought that my savings, my retirement.  My parents and grandparents impressed on us the importance of saving, having a financial planner and so right after my ordination, I had met with a planner and taken gifts that family and friends had made and just started saving from my salary to be able to have something to help the family out or take care of myself in old age or to leave something somewhere after I’ve died.  So anyway, I have these mutual funds, stocks, bonds – honestly I don’t even know the difference (that’s why I have a guy) between them all.    In any event, the thought – what are all these companies, institutions, funds, what are they about, what do they do, what do they support and stand for started to gnaw at me.  So I had a Catholic financial planner take a look and make an evaluation was shocked to see everything from Abortion/Abortifacients, contraceptives, cloning, embryonic stem cell research, weapons of mass destruction, supporting countries and governments that are tyrannical regimes.  I was honestly sick, furious, and embarrassed.

When I asked how the heck did that happen – the answer from my financial planner was basically saying “that’s just the way of the world, everything is so intertwined, it’s impossible to avoid it.”  I should say “former financial planner.”  It’s not impossible.  It’s definitely taking more time, energy, and effort – and it’s probably not going to be as financially beneficial as the other things were.  But in my heart of hearts, once that reality registered – it hit me, how could I ever preach knowing how in some way I was compromising on our church teachings and cooperating even in a somewhat removed way with moral evils?

That’s just one personal example.  The point is, as we look around the world and see people who are very activist-minded in both positive and negative lights, that should challenge us to ask how seriously do we take our faith in the Risen Christ?   How does that affect everything we say and do?  How does that make our faith more genuine and sincere?   Not just for our own personal integrity, our own pursuit of holiness, but to be effective witnesses to our families, our friends, and the world around us of the difference and importance of Jesus Christ.

Pope Benedict XVI once said:    “The Gospel is not merely a communication of things that can be known – it is one that makes things happen and is life-changing. The dark door of time, of the future, has been thrown open. The one who has hope lives differently; the one who hopes has been granted the gift of a new life. (Pope Benedict XVI Spe Salvi)

May we who have received that hope, live as if we truly do possess it, and share it in all that we say and do.