There’s been an overwhelming amount of really awful news over the last few weeks.  Back at the start of the semester, we had a tragic death of a student right on our campus of Montclair State University… two weeks ago, 4 students from my college alma mater, DeSales University were involved in a car crash which left three of those young people dead and the other still in critical condition… and a few weeks ago one of our former students from Newman at MSU shared how her 3-year-old niece fell into a swimming pool, nearly drowned and has been waging a long, still uncertain battle in the hospital ever since.   After a year where seemingly everyone around the world has been suffering – whether physically from the COVID sickness or all the horrible tentacles that stem from it, the last thing we need is any more tragedy or sadness.

Thanks so much for stopping by to read this, my homily for the 5th  SUNDAY IN LENT – March 21, 2021, for sharing it on your social media posts and your feedback and comments! For the audio version you can get them at SOUNDCLOUD click HERE or from ITUNES as a podcast HERE. Thanks again… I hope you and yours experience all of God’s blessings today and always! In Christ – Father Jim

Reading today’s Gospel, I wondered if that was what was drawing the two Greeks who asked “we would like to see Jesus?”  It’s never really clarified who they were, what it was that was drawing them especially since even though they were Jews, being “Greek” they were considered “outsiders” to the Jews.  Yet they want to see Jesus.  How would they have known about Him?  Jesus’ fame – healing lepers, curing blindness, feeding thousands with just a few loaves and fish, raising people from the dead – that kind of stuff catches people’s attention and that news spreads… And so often in the Gospels, when it’s unexpected individuals – outsiders showing up, they’re looking for something more than just a glimpse of Him.

So Jesus’ words to these newcomers probably were unexpected.  He’s very much focused on His passion, His death on the Cross. The philosophical introduction of talking about grains of wheat needing to fall… loving life and losing it, hating life in this world to gain eternal life is probably not what they were expecting or maybe even wanting.  And I wonder if that’s true for many of us for that matter.  We can probably best relate to Jesus when he calls this revelation troubling. 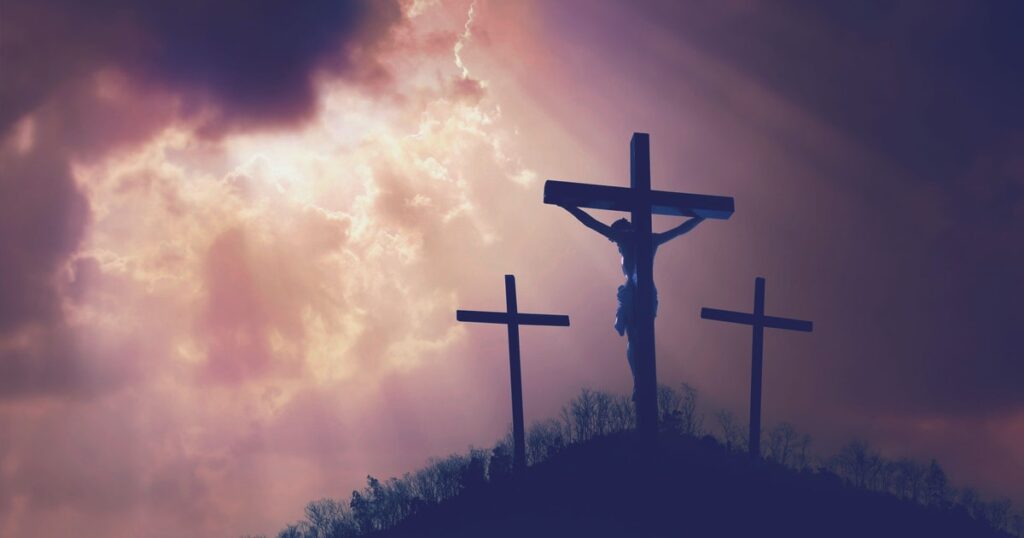 We’re entering into the most challenging part of Lent this Sunday – these last two weeks were often called “Passiontide” since the focus is now primarily on the suffering and death of Jesus.  “The hour has come,” Jesus says in today’s Gospel.  There’s a shifting now for Jesus to accomplish his task.  And as His disciples, who have heard His invitation to come and follow Him – that poses some challenging questions:

Can we accept suffering?

Can we deal with loss?

Can we embrace the cross?

I shared with one of the individuals that emailed me a personal story from my high school senior year.  I had just gotten my driver’s license and three days later went out with three of my friends.  The excitement wasn’t in the plans for the night – we were seriously simply going to see this new film that had just come out – “Home Alone.”  I realize how lame and nerdish that sounds.  The excitement was in the freedom, the independence.  Sadly, being an inexperienced driver, particularly at night, picking up the last of my three friends in an unfamiliar part of town, that was heavy tree cover, not well lit, – I started back out on the road, and didn’t even realize I had entered into an intersection.  Never saw the stop sign -I was so focused on the main road that was two intersections away.   The next thing I knew, there was a car from the left coming right at us, hitting right into me, causing our vehicle to spin until it hit the side of the road.  Two of my friends and I didn’t have a scratch on us.  But my one friend sitting who was sitting right behind me was on the side of the road – seemingly lifeless.  The way it sticks in my memory:  When she started to breathe I was able to breathe again.  But the horror was far from over.  She would have to be helicoptered to University Hospital in Newark, she would end up in numerous surgeries, Intensive Care Unit.  Here she was one of the top-ranked kids in her class academically, class president – and now no one could even give a prognosis… short or long term.

The day after this happened, I remember over-hearing a relative of mine saying to my parents “You see, that’s why I don’t believe in God…  How could this happen to Jim?  He’s a good kid – How many hours does he spend at St. Agnes every week – and this is what happens?”

All of 17 years of age, I know it had to be the Holy Spirit because instantly the thing that came to my head was “God didn’t do this to me, this was my fault… He wasn’t driving, I was.  But He’s the only one who’s going to get me through this.”  Those words were there in my mind and heart I only wished I was able to have said them at the time to this loved one.

Because the truth of the matter was God did that for me.  There wasn’t a miraculous restoration the next day.  No, my friend went through months of hospitalization, missed the rest of her junior year of high school, had to repeat that year as she underwent physical therapy.  While I for the first time in my life needed mental therapy to deal with the fear and the guilt that was there.  There was tension, lawsuits, and awkwardness among our friend group… and being a small high school of about 600 students seemed to involve everyone.  Not because anyone was being uncharitable or unreasonable.  It was all part of the horror of that night.  I can’t even imagine what the recovery physically and emotionally was like for my friend.  It took years for me to recognize how much that guilt weighed on me and colored so many thoughts, patterns and actions.  And it took almost 2 decades for my friend and me to get together, alone, face to face… when she reached out and asked if we could talk.  I remember feeling anxious since the last time we had seen each other was a couple of months after the accident occurred when she had been transferred from the hospital to a rehabilitation center.  And I could tell that she had started to get her memory back, started to piece together that I was the driver of the car, I was responsible for the accident which left her there – And I could tell she was upset… and not wanting to cause any more distress, that was my last visit.    So 2 decades later, I really wasn’t sure what to expect and was shocked when she apologized for as she put it “acting cold” that day in that rehab center.

Honestly, I had made peace with all of that and never even held onto that episode – figuring the fact that she had made a recovery and was able to rebuild – that was all I had ever prayed for from that night.  Her gentleness and love and humility was an unexpected and precious gift.

My point in sharing this is that – people are understandably looking for someone to have some answer when tragedy strikes; when we go through times and seasons where everything seems to be going wrong; when we feel the weight from fear and uncertainty and heaviness from illnesses, losses.   Sadly so many not finding one, can reject God, can turn to things to try to numb themselves – drugs, alcohol,  – they can fall into deep despair and depression.  There isn’t a quick, easy, “right” and the perfect answer to the suffering, the grief, the pains, the deaths that we endure.  The only answer is the Cross. 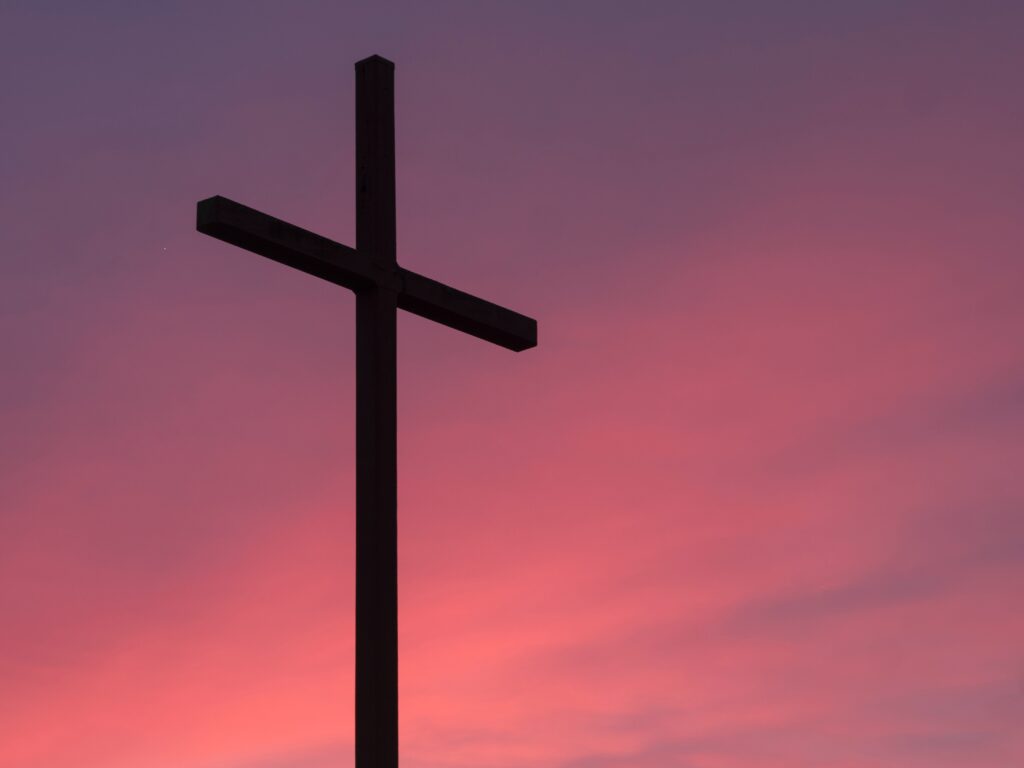 Jesus recognizes this complicated mystery…  Again, He tells us He is troubled as the cross comes into view for Him.  And it’s a point of decision for Him.  We heard His words: – Yet what should I say?  Father save me from this hour?  But it was for this purpose that I came to this hour.  Jesus knows that trials, suffering, death are the part of every human’s story since brokenness first entered our story back in the Garden when the first two humans didn’t trust God, rebelled against Him, and set off a chain reaction that we still see unfolds to this very day: Whenever self-centered thoughts, selfish impulses, when pride dictates my thoughts, words and actions and I obscure God’s divine image within.

Jesus has come to set things right, to save us from sin, from death, from ourselves and our worst impulses.  This is the hour He has come for as he decidedly and confidently relies on His Father as He calls out Father, glorify your name.    It’s then that a miracle happens.  God the Father’s voice is heard “I have glorified it and will glorify it again.”   Interestingly, St. John points out that even though “the crowd heard it” immediately some said it was thunder – some said an angel spoke… The evil one is always lurking around trying to undermine God.

Maybe the ones who didn’t hear it didn’t want to hear it – maybe it’s because they didn’t want the cross.  Cures of leprosy, restoration of sight, free bread and fish, raising the dead – that’s all great – but not the Cross.  But as I’ve said before, those cures, those restorations didn’t prevent future illnesses.  And the crowd that feasted on an abundance of free bread and fish got hungry again one day… and the people Jesus raised from the dead, eventually succumbed to death again (unless there’s a 2,000 + year old person walking this earth that I don’t know about).  Those miracles all were amazing at the moment, but they were for the moment.

The Cross – where Jesus is “lifted from the earth” is meant to cause us to look up.  To look up away from the things of this world, the things of this life, the things that we attribute great value and worth to – and see Jesus – hearing how God glorified His name on the Cross – and how he continues to in our lives.  That doesn’t mean we have to pretend it doesn’t hurt or that we like the cross.  Think of what St. Paul wrote to the Hebrews in the second reading “Christ Jesus …offered prayers and supplications with loud cries and tears to the one who was able to save him from death…”  So it’s not undermining to in the face of trial, and sadness, and despair to cry out.  As long as we know who to cry out to.

Can we accept suffering?

Can we deal with loss?

Can we embrace the cross?

We can.  Because Jesus could.  And He promises to continue to, as He remains with us in every suffering, comforts us with every loss, walks, and helps us to embrace every cross. Trusting that as He does, we will experience God the Father’s promised glory.