A 19-year-old who was homeless, living in Hawaii describes the night his entire life changed.  He was finished working for the night at one of the Bubba Gump-chain restaurants on the island and was waiting for his two friends when this complete stranger came up to him and said “what are you doing tonight?”   The young man responded “I dunno” So the stranger said “Will you fornicate tonight” to which the guy answered “I hope so” ‘And drugs and drinking?’ the stranger asked – to which the kid said “Most likely, yeah. Probably all three of those things. I mean, at least two of them, possibly all three.”  At that, the stranger said “I stopped because Jesus told me to come and talk to you.  He said to tell you that you are destined for great things.”  The young man said that his friends came out and he said to them “I’m going with this guy.” Two days later he had given his life to Jesus.

Thanks so much for stopping by to read this, my homily for the 4th  SUNDAY IN LENT – March 14, 2021, for sharing it on your social media posts and your feedback and comments! For the audio version you can get them at SOUNDCLOUD click HERE or from ITUNES as a podcast HERE. Thanks again… I hope you and yours experience all of God’s blessings today and always! In Christ – Father Jim

Not exactly the story we expect to hear from someone in Hollywood, yet that’s how Chris Pratt, best known for his roles in the TV show Parks and Recreation and the movie Guardians of the Galaxy tells it.  Pratt’s sharing his conversion story to Christianity was part of a profile in an article I came upon in a doctor’s office waiting room a few years ago (I think Esquire magazine).  But then I remember the line that really bothered me and kind of ruined the whole piece for me.  When the writer talked about how it was a few weeks after this encounter, after Pratt’s conversion that he met his first director which set off his acting career, and asked “perhaps it was divine intervention.”

I don’t know Chris Pratt, so I can’t ask and don’t know how he felt about that observation – but I’ll go on a limb and say Jesus was not interested in getting Chris Pratt an acting job.  While it’s definitely something that’s become important to him, I’m pretty certain that Jesus was worried about a young man living on the streets.  Jesus was worried about a man living a life of sin and not in the least even a bit troubled about it, or thinking there was anything he could do about it.  Jesus was worried about the fact that this kid’s life could be tragically cut short here on earth before he ever even considered, wondered, or longed for a better life here and now and even more importantly an eternal life with Him. Jesus I know was worried about that for Chris Pratt… Because I know He is worried about that for each and every soul that has ever walked, is walking and will walk on this earth.  We hear the cliche’s “Life is short” – Y.O.L.O. which are cliches because they are true.  Our life is a precious gift.  And Jesus will go to hell and back for us to appreciate how special, how precious, how important a gift that our lives are.  That is the heart of this Gospel passage we just heard of this encounter with Nicodemus.

Nicodemus was a leader of the Jewish Nation who was well versed in all the intricacies of the Old Testament, was respected by his fellow Jews, was a mover and shaker in the society of Jesus’ time.  Nicodemus has no earthly reason to associate with Jesus who had been labeled a trouble maker by both the Roman and Jewish authorities for very different reasons.  It’s obvious he’s not coming in any official capacity – because he comes at night, in private to meet with Jesus.  He’s heard some things about Jesus – He may have even heard Jesus speak.  Right before this passage was last Sunday’s Gospel with Jesus making quite a scene as he furiously cleared the temple of money changers and called people out for defiling “His Father’s House.”  That was enough to unsettle Roman and Jewish leaders.

So perhaps going out of curiosity, maybe wanting to keep the peace and the delicate balance between those competing forces Nicodemus enters into this dialogue with Jesus. Which we join mid-conversation in this Gospel passage.  These verses are some of the most beloved of all to Christians where Jesus basically spells out his whole purpose for being here: For God so loved the world that He gave His only Son so that everyone who believes in Him might not perish but might have eternal life.  Those words pierced Nicodemus’ mind as a scholar and his heart as a Jew longing to know and understand God.   They resonated as he re-emerges by name at least two more times in John’s Gospel – including at the Cross.  So he continued to hear Jesus preach, heal, offer forgiveness of sins and that captivated him in the deepest recesses of his heart and soul to continue to go back to Jesus.

What was dawning on Nicodemus was the centuries upon centuries of God’s people constantly falling out of a relationship with God whenever they sinned and broke the covenant; the litany of messengers, prophets who had spoken God’s word to His people to mixed results was all a prologue to this moment when God himself would enter into the human history, human experience and re-order everything.  It would no longer be a story of “humanity’s search for God” but rather God’s search for each and every man and woman with the desire to restore them, make them His beloved sons and daughters too.  That is the heart of this Gospel message.  That is the heart of God Himself.  To save us. 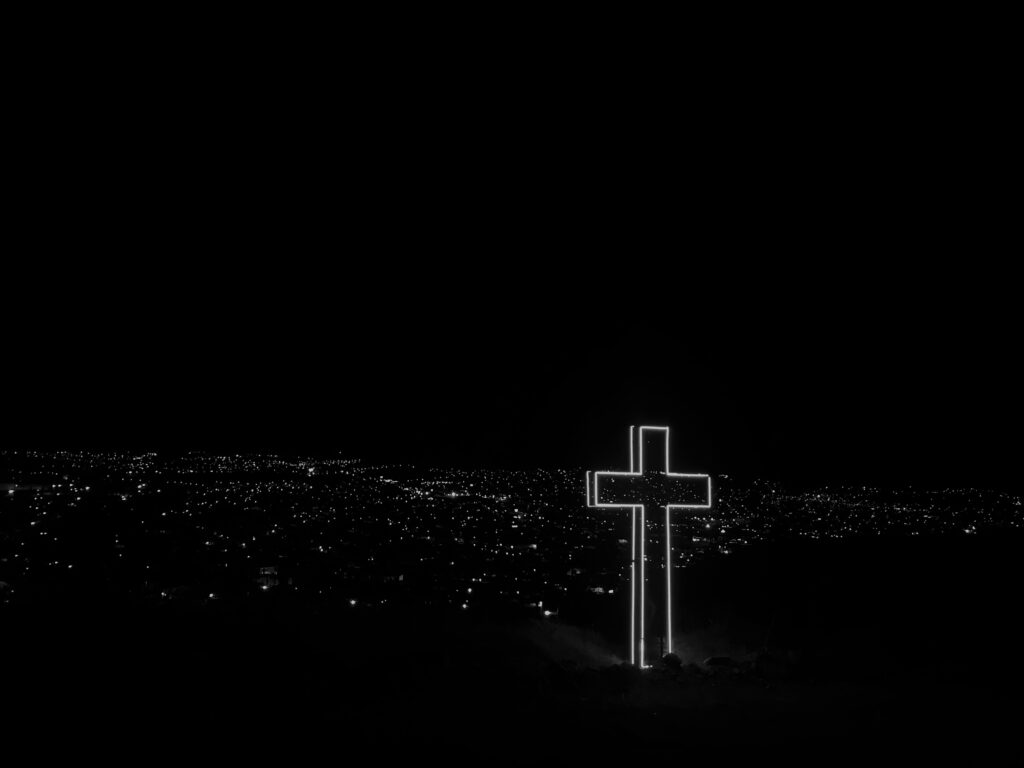 Too often we forget that we need saving.  Or worse, tell ourselves lies like we can “save ourselves.” Both of those things are massive pitfalls that not only blind so many people from ever engaging God themselves.  Even those of us Catholic Christians who make it to Mass can find ourselves led down to those dead ends.   The Gospel means to confront humanity with the reality that we are sinners, prone to sinning.  We often know the right things to do and choose not to do them.  We feel that tension deep within knowing the choices, the decisions, the life I’m living aren’t what I was made for, isn’t fulfilling.  And then we fall for more lies from the devil tempting us to keep repeating the same things over and over and expect different results.  Seducing us with other “gods” and “idols” that distort our desires and wants, promising us that joy, that peace, that love that every heart and soul longs for that never comes from pursuing any of those things.  A God-shaped hole in our heart can only be filled by Him, yet, we believe Satan’s lies that encourage us to try anything and everything else.

This 4th Sunday of Lent, this Gospel is meant to stop us in our tracks and ask us what are we doing – where we are going?  That we’re here already puts us at an advantage that hopefully, we don’t need a stranger to come upon us and first introduce us to Jesus and call us to a radical change of life.   But more than likely, all of us are in need of renewal – a renewal that comes from repenting of the things that are not of God, and to recognize the love that drives Jesus to come looking for us and allow ourselves to be found, to embrace Him, to recommit ourselves to Him.  We can do that by making a good examination of conscience and a good confession this Lent.    We are each invited to experience a divine intervention – which isn’t meant to lead us to a famous acting job or any of the worldly pursuits we think are so important – but something far more important.  A life that is completely identified by the love of Jesus Christ here and now, and for all eternity.  God so loved the world – that He promises us more than the world could ever imagine.  Will we hear and accept His offer?