I think of the 4,000 emails that currently sit in my inbox, less than a handful have been intentionally saved for over 12 years, like this one: Hey Fr. Jim – So on Friday I was having lunch with a friend and I was feeling miserable and she told me I should let you and the Newman Center know. [I usually worry when an email starts like that] A few years ago when I was still a student I participated in a drive that the Newman Center was doing to have individuals sign up to be on the [Bone] Marrow Registry. I had completely forgotten about it until a representative from the NY Blood Center called me in late October letting me know that I was a potential match for one of their patients and wanted to know if I was still willing to donate. I said sure and started the process (which by the way is pretty long between further testing to make sure you’re a perfect match and then health testing to make sure you’re healthy enough to donate).  Friday morning I started the last step, which is getting injections each day for the 5 days before donating to build up white blood cells in your body, which the side effects make you feel pretty miserable (which is where my statement above comes from- I’m not actually miserable!), and I will officially be donating tomorrow.  And in talking we wondered how many people who do match let you all know that your drive did lead to a match if any at all. So I wanted to formally let you (and Newman!) know that at least one match was made and I am fully going on to donate tomorrow, and hopefully in a year as long as all was successful I get to meet the recipient. It has been a wonderful experience for me – everyone involved in the process has been extremely kind and I’m really grateful for the opportunity. I wanted to really say thank you for providing this opportunity to me and so many others.

Thanks so much for stopping by to read this, my homily for the 5th SUNDAY IN ORDINARY TIME February 7, 2021, for sharing it on your social media posts and your feedback and comments! For the audio version you can get them at SOUNDCLOUD click HERE or from ITUNES as a podcast HERE. Thanks again… I hope you and yours experience all of God’s blessings today and always! In Christ – Father Jim

While reading this, and seeing that something our campus ministry has done has been instrumental in helping others in such a significant way, is awesome in and of itself.  But there was a whole other part of the story that this young lady didn’t even realize that made me just marvel at how God continues to work miracles through all of us.   About 14 years ago, my god-daughter, at the age of 9 months old had been diagnosed with Leukemia.  After going through and suffering the devastating effects of chemotherapy which were unsuccessful in controlling the cancer, the doctors said her best shot was to have a bone-marrow transplant.

When someone you love is sick, you will do anything, anything to help them… so of course, our whole family was tested, hoping we could be a match.  But, adding more devastating news to already devastating news – none of us were.  The doctors began a world-wide search to see if a potential donor could be found.  And thank God, (which I do every day) they were able to find a woman, (I believe she’s from Eastern Europe) who was a match, underwent the procedure, and was key in saving my niece’s life.

Some people when they hear stories like that, there’s a part of them that is extremely skeptical.  They might dismiss it as being a miracle thinking “It was just good luck…”   It’s hard for some people to see God’s hand, to appreciate the healing especially when we see others still suffering… or even wondering “well the miracle wouldn’t have been necessary if people didn’t get sick in the first place.”

The reality is that we’re still in this spiritual battle of good versus evil.  There are still awful things that unravel us, cause us to wonder where is God in all of this.   There’s no question that Jesus has already won this war against evil- dealing a definitive blow to the devil with his resurrection from the dead… but for you and me, who are still enduring these ongoing battles, we need to make our choice whether we are truly going to follow Jesus Christ or not.  Whether we see him as our Hope – in this life and for all eternity. 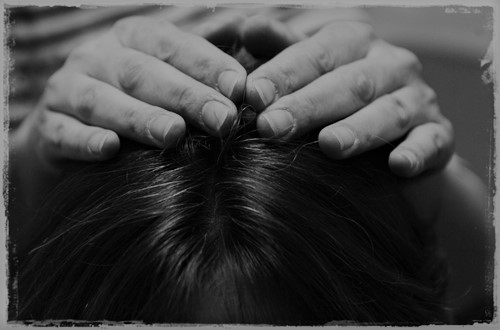 This is why these healing stories are so important and so powerful to us.     In today’s Gospel, we hear more miraculous healings including one about St. Peter’s Mother in law (yes the first pope was married!) who was suffering from this fever.  You gotta realize that back then a fever was a big deal – it wasn’t pop two Advil or get an antibiotic and you’ll be fine in a few hours.  This could be extremely deadly.  More than likely she had heard about Jesus from Peter.  But in her hour of need, Jesus grabs her by the hand and instantly recovers… not just the fever goes away but she is rejuvenated, transformed.  2,000 years later, we still remember this miraculous story – and almost matter of factly, St. Mark mentions that this set off a day of Jesus healing people of illnesses, diseases and casting out demons.

But think about it, the fact remains St Peter’s mother in law, and everyone else who encountered Jesus that day eventually died.  Eventually, there was a fever or some other illness that must’ve come along and there wasn’t a miracle experienced.   But aside from this day and this moment where a cure was experienced, what made this day so memorable was from that day on, St Peter’s mother in law, and everyone else who had experienced healing – they knew who to trust, they knew who to follow, they no longer feared sickness or death.  They knew deep in their hearts from their own experiences that we have a Heavenly Father who looks at us as His Children.   And that he has sent his Son Jesus Christ to destroy evil.

The main reason for the miracle wasn’t the miracle itself.  It was meant to proclaim this good news – news: that in Jesus Christ, the world has been made new.

When I got that email about the bone marrow donor, I was just overwhelmed to see how one of the most terrifying things my family has faced  – my niece’s battle with Leukemia – years later could bring about so many unexpected blessings.  That what to me was a miracle that my goddaughter experienced has multiplied countless times over… that this story could have affected me so deeply, that when students at the Newman Center at MSU learned about it – it would touch their hearts and motivate them to work so hard to make this bone marrow drive a reality on our campus for several years in a row, and now other student groups have gone on to do so on an annual basis… That this would bring together two complete strangers into another life-changing, hope-filled experience where another potential miracle is unfolding.  That’s not just luck.  That’s not just a coincidence.   Not by a long shot.  It’s just another beautifully creative wonder of our ever-surprising, glorious God – who invites us to be a part of His story.  To seek Him in the midst of our illnesses and moments of horror, and trust that whether there’s a miraculous healing like a fever leaving with a touch – or through the selflessness displayed through the generosity of loving people, God continues to move with and in and through each of us.

Today, this Gospel reminds us to be attentive to the blessings, the miracles that we experience, that we bring to others.  Knowing that when we do, our faith in the one who comes to save us is renewed and proclaimed anew in our day and age.