The first time hearing that phrase “Light pollution,” I was convinced it was a joke or something.  Having been born and raised in Jersey and now in college in Pennsylvania, I was learning quickly the difference between the two states and about 75 miles could be at times, well, night and day.  Being a lowly freshman, a group of upperclassmen this one evening were taking us to an establishment that had some liquid refreshments and suggested we could easily and safely walk there.  It was after 11 pm and as we made our trek along a route that we had traveled pretty frequently back and forth to class over the first few weeks, it was amazing how dark it was at night.  The heavy tree cover and this being the early 90’s, cell phones weren’t even something we imagined at that point – all of which made this path disorienting.  Potholes, uneven parts of the sidewalk, roots from trees – all of which were easily avoidable during the day – at night it was one pitfall after another (and this was before we had anything to drink).

MERRY CHRISTMAS!  Thanks so much for stopping by to read this, my homily for THE EPIPHANY OF THE LORD January 3, 2021 and even more for sharing it on your Facebook, Twitter, Instagram and everywhere else people share social media posts and your feedback and comments! For the audio version you can get them at SOUNDCLOUD click HERE or from ITUNES as a podcast HERE. Thanks again… I hope you and yours experience all of God’s blessings today and always! In Christ – Father Jim

At one point I remember saying “have people from Pennsylvania heard of these new inventions we have in Jersey called street lights? They’re pretty revolutionary…” One of the guys in the group told us that the reason they didn’t have them in this particular area was to limit “light pollution.”

It sounded ridiculous.  Tell me you cannot afford them, tell me you haven’t discovered electricity yet, but light pollution, what was that?   A few minutes later, we finally got out from under the trees to this clearing, and I was amazed.  In my 17 (almost 18) years of life, I never had remembered seeing a sky like that and so clearly seeing the light from the stars.  It was just amazingly beautiful.  I couldn’t imagine how this was really the first time I could remember seeing stars like that.  I mean – I was only 75 miles away from home, and it’s the same sky.  But I guess there was something to all the unnatural, manufactured lights we have out here that can dilute the darkness and obscures natural light.  Who knew, that light pollution really did exist and the effect it could have?

The reality is light pollution existed before the discovery of electicity and invention of light bulbs, with even more devastating effects.  Which is what we can see in this Gospel.  The story of the Epiphany turns our focus on these Wise Men, travelling as the song says from “Orient are.”  In other words, they are coming from “the ends of the earth.”   Yet if you think about it:  how was it they saw this star, set out to followed it for some time, while there it is right over King Herod’s head and he seems utterly clueless about it?   He didn’t see it, doesn’t know it’s importance.  You would think Herod, being the current King would be on top of things and not getting information about his successor from these complete outsiders.

Which is what they were… These Magi, these Kings of Orient, these Wise men from the East represent the non-Jewish world.  They had not been enlightened by God’s Word.  They weren’t followers who knew of prophecies, hopes that the Jews had treasured and longed for from their Hebrew scriptures, the Old Testament.

With Jesus’ birth things are changing and will exceed even the grandest of expectations.  God’s light pierces the darkness of this non-Jewish world as it radiates the night sky.   That light is able to catch the pagan eyes, probe the hearts of unbelievers to still be drawn to something of beauty, to understand this is something of significance.   They recognize that this is some sign–  something of cosmic importance has happened to the Jews – the birth of a King.  So they set out…  Not quite sure why…. Maybe for political purposes, maybe networking… 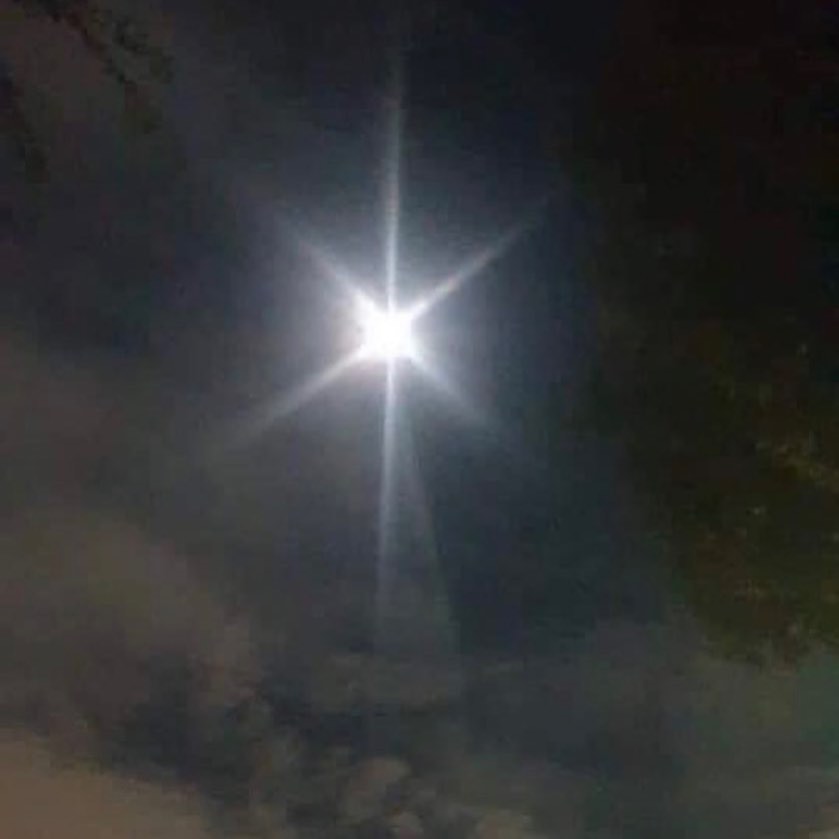 They go to the current King of the Jews – King Herod.   But here’s the thing – Herod is not a king because God had sent a prophet to anoint him to lead the people of Israel.  In fact, Herod had come from a family of sell-outs who had been bought off by the Romans who conspired with them to to enslave the Jews.   The Jewish people were indeed living under a cloud of darkness, a mere shadow of the life they were meant to live as God’s chosen people.  They still had some of the externals and were able to follow some of their religious practices.  But the Roman government was in control and demanded obedience from them – and their so-called “King”, Herod, made sure that they did as they were ordered.   Sadly concerns of “foreign interference” impacting how people lived; questions, concerns and debates over “religious freedom;” and finding hypocrites in religious leadership sadly none of these things are new… but I digress.

Herod knows he’s a fraud.  He know’s he’s not God’s anointed one. In the deepest recesses of that darkened soul, he knows he has sold his people out, he’s been unfaithful to the Lord, the God of Israel – the one who had led his people from slavery into freedom.  The phony light that he has been basking in:  his ill gotten power, the wealth, the trappings of his office, this light pollution had completely distorted his vision.  Making him fool himself into believing he had any authenticity and legitimacy.

One reason we can call these men “wise men” was because of the clarity of sight they had.  Which leads them through the darkness to the true light of Jesus… Once there, the contrast couldn’t have been greater.  The excesses of Herod’s palatial residence, to the simplicity of this home of a carpenter… Herod – surrounded by slaves serving obediently out of fear to this lunatics outbursts as opposed to the love of the Holy Family, Mary and Joseph.  The light of the star led to the light of the world, Jesus…  That encounter opened them to hearing God’s voice, who would direct them in a dream (just like it had to St. Joseph) and they traveled “another way.”   They demonstrate that when one has a true encounter with Jesus Christ, they cannot help be changed.  For them, the very thought that the Jewish Messiah being someone who would care, would speak to, would save not just the Jews, but all humanity is just beginning to come into focus that first Epiphany.

That doesn’t mean the darkness won’t still try to fight the light or diminish it’s effect.  Herod will be so threatened his response is to find every male infant born in the kingdom and have them killed with what is called the “Massacre of the Holy Innocents.”  The first of countless souls through the millenium who will offer their very lives in sacrifice to Jesus as the way, the truth and the life.  The passion and cross await Jesus in response to His teaching and ministry.  In spite of all that, the light will constantly prove more powerful, where a Christmas star, as beautiful and mesmerizing to these foreigners will pale in comparison to the eternal light of Christ, risen from the dead on Easter morning which has transformed all creation.

The “darkness” we continue to suffer from in our world today isn’t because of any diminishment on behalf of the Lord.  He’s no less powerful, less loving.  Sadly we’ve allowed fear – some legitimate and some manufactured and exaggerated – to block our view.  Even worse, at times, we’ve looked to human authorities, very worldly ideologies and allowed their glow to pollute our visions and diminish the preeminence of Christ.   Despite those realities, He continues to shine forth and call us to clear out the light polution from whatever fake lights we’ve allowed ourselves to be captivated by.  Clear out some of the darkness that covers our hearts and minds and souls affecting relationships both human and divine (which as Catholics we call sin).  To clear all that out, remembering our identity.  In our Baptisms, we became God’s sons and daughters.  The star which only reflected the light of Christ was entrusted to us.   If we want that to radiate once more, Saint Josemaria Escriva offered this advice: “… kneel at the feet of the child Jesus on the day of His Epiphany and see Him a king bearing none of the outward signs of royalty, you can tell Him: “Lord, take away my pride; crush my self-love, my desire to affirm myself and impose myself on others. Make the foundation of my personality my identification with you.”