Hi everyone here’s my homily for the THIRD SUNDAY OF ADVENT December 13, 2020.   Thanks so much for stopping by to read this and even more for sharing it on your Facebook, Twitter, Instagram and everywhere else people share social media posts and your feedback and comments! For the audio version you can get them at SOUNDCLOUD click HERE or from ITUNES as a podcast HERE. Thanks again… I hope you and yours experience all of God’s blessings today and always! In Christ – Father Jim

The optimist will say that the glass is half-full.

The pessimist will say that the glass is half-empty.

The engineer will say that the glass is 2 times bigger than it needs to be.

The politician will say that the glass would be more empty if the opposition were in charge.

Obviously the opposition will say the glass would be full if they were in charge.

The fanatic will say that the glass is full, even though it isn’t.

The computer support person will say that you should try emptying the glass and then refilling it.

The business analyst would want the air at the bottom and the liquid at the top to make it more accessible.

The college student ignores the glass and goes for the bottle

The academic will say that the glass can identify however it wants to, you closed minded fool

If you’re not laughing, then I apologize… having to study Philosophy and Theology for 8 years can alter your sense of humor for sure.

Discussions on “the glass half full/half empty thing” has been a topic of conversation more so than ever.  Since everyone seems to be dealing with things differently and are coming from a variety of places emotionally, physically and spiritually.  There’s been a wide variety of extremes of loss:   from people who have lost loved ones, to livelihoods and businesses to those who have lost the security and comfort they experienced from their daily lives and their routines.  With that, they all carry a variety of layers of guilt and shame on top of them as we compare our losses to someone elses (which is always a destructive thing to do by the way).  Add some layers of anxiety and unrest from an assortment of other sources – well it leaves many wanting to throw the glass – whether it’s half full or empty  – against a brick wall. 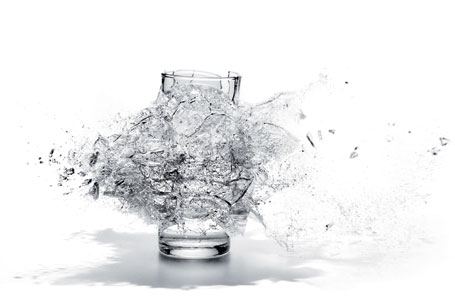 With that as our reality, we come to this the Third Sunday of Advent.  The one with the pink candle on the wreath.  We brush up on our Church Latin and hear it’s “Gaudete Sunday,” which is meant to remind us that Gaudete means to “Rejoice.”  Because we are past the halfway point of Advent, and reflecting on how “Jesus Comes”  the scripture verse that is meant to summon us into worship comes from St. Paul’s letter to Philemon:  “Rejoice in the Lord always; again, I say, rejoice!  The Lord is near!”  That is where the Gaudete comes from.  It sets the tone for this Mass – as it is followed up in the Liturgy of the Word with our First Reading from the Old Testament with the words of Isaiah the Prophet “Rejoice heartily in the Lord” followed up with another dose of St. Paul in the Second Reading saying “Rejoice Always.”

Before we roll our eyes…

Before we add our “buts”…

… we should pause for a second – and just remember:  St. Paul was writing this from prison, being tortured, and is pretty sure he is going to be put to death in a pretty horrendous way for his preaching and teaching about Jesus Christ.  He wasn’t delusional or some religious freak oblivious to the facts.  He wasn’t denying the pains he was suffering.  He wasn’t being pollyannaish thinking if just pray everything will be “good” – equating good to all these negative things going away, people listening and respecting him, following Jesus themselves (or at least respecting him and truly meaning when they say things like “agree to disagree”).   That’s not what’s in his mind  as he is telling people to rejoice.  He knew full well what was going to happen to him as he was writing to his fellow Christians who faced similar (in some cases worse) fates.

Similarly, the Prophet Isaiah was proclaiming God’s words to people who had grown up under a cloud of oppression, slavery… because of that, there had been a growing indifference or apathy among their religious practice thinking that all hope was lost as they had been in exile for so long, their homeland had been decimated.

Both of these men calling the people of their day and time – both of these men’s words being proclaimed here in now in this liturgy to you and I in this time and space  to “Rejoice” aren’t engaging us in a philosophical game asking us to get our minds right in deciding whether to see the glass as half empty or half full.  They would be saying to rejoice whether your glass was full or empty or if you had no glass at all.  They would be telling people to Rejoice, recognizing rejoicing is something that is in your heart and soul- that is something that cannot be robbed by any earthly experiences, no human being can touch or affect it unless you let it.

Isaiah knows his fellow Jews are struggling.  But it wasn’t because of their present struggles in Babylonian exile.  That didn’t help for sure.  But what was the true source of their sorrow was that they had forgotten who they were.  They weren’t living as God’s chosen people.  They had not been faithful to the covenant and ignored the 10 commandments – commands that were meant for their happiness, commands meant to lay out how to be in right relationship with God and one another, and the Jews back then (just like you and I today) found it difficult sometimes to be obedient to those 10 commandments.  So they were struggling with the effects of their bad choices (actions have consequences).  All of the things that had happened since – losing their homes; being enslaved; suffered gross abuses and humiliations were ripples of their losing their sense of identity of who they were, and Who’s they were.  Now upon finally breaking free and coming home, they found their home in ruins.  God looks at his people.  His people will not be defeated.  This will not stand.  And He sends Isaiah to “bring glad tidings to the poor, to heal the brokenhearted, to proclaim liberty to captives, and release to prisoners… to announce a year of favor from the Lord and a day of vindication by our God.”   God will save his people.  And the Jews, who St. Pope John Paul II beautifully referred to as “our elder brothers and sisters in the covenant” have believed these prophecies, have taken solace in them in times of struggle (and continue to do so today) trusting that God would remain faithful to their covenant.

Even more, in Jesus, the God of Israel has become Man, dwelt among us, fulfilled those prophecies and given us a new covenant based on His passion, death and resurrection.  St Paul meeting the Risen Jesus Christ saw in Him a glorious future yes, but a present that was re-created as well.  He recognized the ebbs and flows, the joys and sorrows, the trials and triumphs all in the light of the Cross and the Resurrection of Jesus.  Which is what made it possible for him to rejoice always – in good times and bad – recognizing that in Jesus remaining with us, that we can and do receive Him in His word – but also in His very body and blood in the Eucharist, we have the very maker of the glass, the water and the air that fill it or empty it within the deepest, most intimate recesses of our being.   We have that eternal light that John testified to, was humbled to even consider untying his sandal straps – that light desires to make His home within us.

Our present sorrows  or sadness isn’t the result of a pandemic or the economy or government officials – but because like our Jewish ancestors, we too sometimes forget our identity.   We can forget how Jesus comes and remains with us. The question isn’t how do we- but rather how can we not rejoice?