In the aftermath of the Vietnam War, United States Navy Commander James Stockdale shared some of his experiences being one of the 591 Prisoners of War who endured that horrendous ordeal and lived to tell about it.  As he was awarded the Medal of Honor, he was asked what enabled him and his fellow officers, Marines, soldiers to make it out alive.  Surprisingly he said it wasn’t whether someone suffered injury or not; how well physically conditioned they were… it wasn’t even a person’s age, or experience or training that made the difference.  The ones who didn’t make it, according to Stockdale – were the ones he described as “the optimists.”

Hi everyone here’s my homily for the SECOND SUNDAY OF ADVENT December 6, 2020.   Thanks so much for stopping by to read this and even more for sharing it on your Facebook, Twitter, Instagram and everywhere else people share social media posts and your feedback and comments! For the audio version you can get them at SOUNDCLOUD click HERE or from ITUNES as a podcast HERE. Thanks again… I hope you and yours experience all of God’s blessings today and always! In Christ – Father Jim

He explained these individuals when they were first captured believed they were going to be home by Christmas. They would keep telling themselves this, cling to that hope… Sometimes because their guards or torturers would tell them that – sometimes because they manufactured that belief themselves as something to hold fast to… when that didn’t happen, they changed it to they’d be out by Easter. When that didn’t happen either, they said the Fourth of July. Then Thanksgiving. Then Christmas again.  Stockdale believed that the ones who didn’t survive kept getting on this rollercoaster of emotions that kept crashing down. Waking each morning in a cramped sweltering cell, months or years after they were certain it would all be over shattered their endurance and ultimately their will to live. Stockdale would summarize it sadly and succinctly: “I think they all died of a broken heart.” 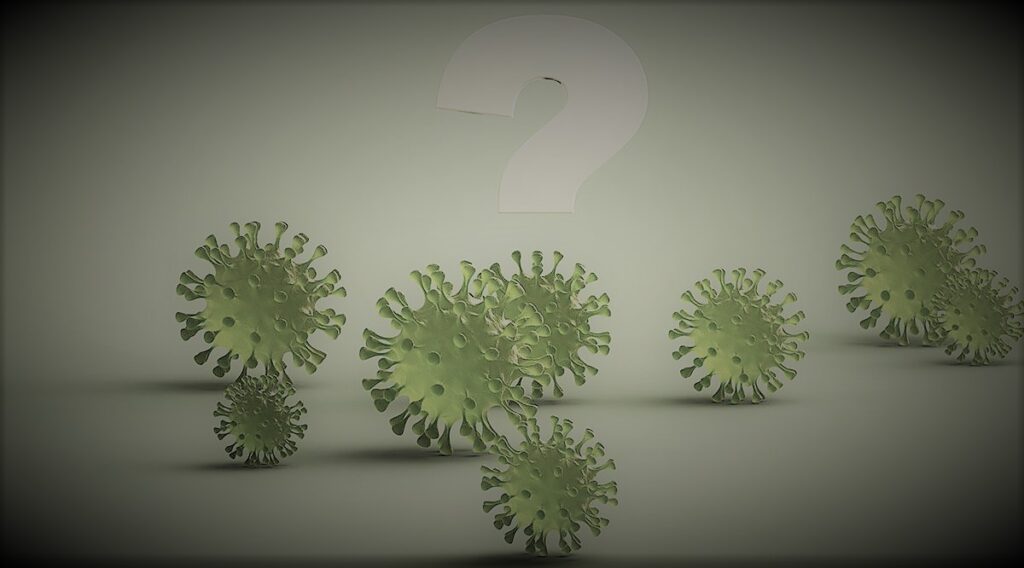 That story came to mind thinking about the reality of where so many people are right now.  Our daily news feeds and streams of information give a wide variety of headlines – “Covid cases are increasing” “Vaccines are 95% effective, could be ready before Christmas” “Hospitals fear the worst” “Officials say there’s no reason for kids not to be in school.”  The number of friends, relatives, students, parishioners who have been deeply affected and experiencing these roller coasters themselves has been troubling and worrying for me.

It’s why a couple of weeks ago on my social media I started pushing a “Faith over fear” initiative.  Basically trying to encourage people not to give into fear-mongering or let pessimistic headlines to affect their hearts and spirits.  Especially since often times those things are not about giving any information but manipulations either to get you to tune into their broadcasts or as a control mechanism.  In it’s place, I was trying to post inspirational quotes from Saints, or from scripture.

Even that turned into something controversial where people really seemed hell-bent (phrase deliberately chosen) to chime in non-stop with whatever talking point they felt was more urgent.  So for example I posted something like this quote from St. Padre Pio saying “Don’t spend your energies on things that generate worry, anxiety and anguish.  Only one thing is necessary: lift up your spirit and love God.”  Someone responded “Wear a mask.”  I foolishly asked “when did I say not to and what does that have to do with trying to tell people to put more energy and focus on their faith rather than messages of fear?” turned into an avalanche of responses none of which had to do with the initial quote.

Frustration aside – It demonstrated on a personal level things that we’ve heard and seen for some time.  There’s an ever growing number of people who have lost their faith in God, their belief that God loves and cares for us.  And I’m not sure if that’s because they never knew Him or were given a false image of who God is or what He promises us.   For people who struggle to believe or reject God, it seems that they lump expressions of Faith and Hope with what Commander Stockdale describes as “optimism.” They see it as peddling some feel-good-isms that will let people down, and worse yet, encourage reckless, irresponsible behaviors.   Yet there’s an important distinction that needs to be made.  What the Commander was really railing against is false optimism or false hope.  Which is indeed something that needs to be rejected outright because of the danger it can  do to someone spiritually, emotionally.  So we need to differentiate those things and reflect on it:

What are the sources of our optimism?  What voices are we listening to?  Are they worthy of our attention?  Are they saying things that we simply want to hear or need to hear?  What is the basis of their statements?   What’s their motivations?  Are they trustworthy?  Those are the basic questions we have to ask when determining the authenticity of what is being said.

As Catholic Christians, for example, we don’t share  inspirational quotes from Padre Pio to portray a fake it till you make it mentality.  Maybe out of context to someone who doesn’t believe in Jesus Christ, or our Catholic tradition and doesn’t know who this great Saint is, it can seem that way or sound that way.   But if, for example, you learn about who Padre Pio was – a priest of the 20th Century from Italy who suffered physical illness and limitations his entire life; lived during both World Wars and the Great Depression who had every reason in the world to be negative, pessimistic, but was quite the opposite.  So much so that he not only endured and survived, but became a sign of contradiction to the legitimate fears and everyday realities others were suffering themselves.  He grew in Holiness and the legitimacy of his Hope became a source of comfort, strength and inspiration to others in his own day and time, and to countless others generations later.  That’s why we quote him.

And we know that didn’t come from him.  He wasn’t some life coach or motivational speaker trying to give people a pep talk.  He had experienced legitimate life realities, but found his hope was born of a faith that stems thousands of years, speaks to the waywardness and trials of humanity that is broken, that still wrestles with the original sin where we want to believe we are “gods” and we are in control of everything rather than created by Him and dependent upon Him.  A faith that speaks of a a God who knows and loves us and how He is constantly reaching out to this creation of His that they come to know and love and experience Him.    Which is one of the gifts of this season of Advent a season of Hope that is based on the truth that God comes to His people.

In the first reading, the prophet is called by God to speak His word to Isaiah’s fellow Jews.  They had been devastated by the Babylonians.  They had been exiled, enslaved and after generations, God was calling them back to their homeland.  But they were scared, they had kind of gotten to a place of acceptance of their lot – they didn’t want to get their hopes up.  Better to remain pessimistic and just deal with this less than ideal reality then start to think anything good could possibly ever happen again, be disappointed and be in worse shape then they started.

Yet the God of Israel who made them, formed them, chose them is worthy of trust – God tells Isaiah that these words need to be proclaimed, and received and believed.  The Lord says: Comfort to my people… her service is at an end…. her guilt is expiated.  God had not forgotten them – he wasn’t ignorant to what they had suffered (which was a result of their own sins, by the way) He still loved them, still cared for them… so the Prophet tells them to wake up, shake off their doubts, their fears.  To prepare the way of the Lord.  This isn’t work that they will accomplish on their own – they couldn’t if they wanted to on their own strength.  But if they trust and believe, every valley shall be filled in, every mountain and hill shall be made low, the rugged land will be made plain, the rough country a broad valley – and then the glory of the Lord shall be revealed. 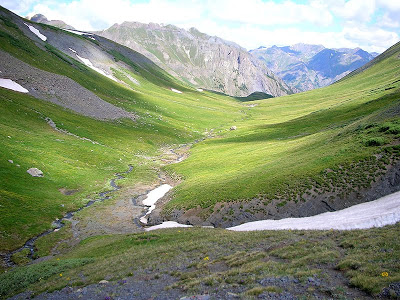 They didn’t see a way.  They didn’t know how it was going to happen.  Despite all that they had suffered though, they knew God and knew He was worthy of their trust, their belief – so they did…

They dared to believe, when Isaiah cried” HERE IS YOUR GOD”

dared to hear these promises “HERE COMES WITH POWER THE LORD GOD WHO RULES BY HIS STRONG ARM”,

dared to have Hope that “LIKE A SHEPHERD HE FEEDS HIS FLOCK IN HIS ARMS HE GATHERS THE LAMBS, CARRYING THEM IN HIS BOSOM” and in so doing, they experience the true freedom of being God’s chosen people once again.

That historical experience was foreshadowing what Jesus would offer to all humanity.  The opportunity for everyone of God’s creation to be chosen… more than chosen, to become His adopted sons and daughters.  Which is why St. Mark begins his Gospel not with the birth of Jesus but with the proclamation of St. John the Baptist.  John is not found in a temple or public square, but is in a desert wilderness.  Preaching to people who once again had grown fearful by intimidating mountains, vast valleys, rugged terrains that they were traveling in life.  They had allowed their life experiences, the trials they encountered, the sins they had committed to once again cause this distance from God in their lives.  They once again were enslaved.  Once again were living limited, diminished existence under Roman Rule and Jewish leaders incompetency, complacency and infighting.  To that scene John the Baptist enters in as the final prophetic voice announcing the fullness of salvation coming.  The Messiah will arrive.  He will restore the people once and for all with His Passion, Death and Resurrection.  Those who follow Him, who enter into that passion, death and resurrection in the waters of Baptism – Those who receive this Risen Jesus Christ who is as real and present in the Eucharistic Host as He was in a manger or on the countryside of Judea some 2000 years ago – they have the promise of New Life, of Forgiveness of Sins, of Healing that surpasses any trial or tribulation they endure here and now.

When we see that as our destiny… When we recognize that as our present – that’s how Faith is greater than Fear.  That’s when our hope and optimism is based not on denying reality or ignoring trials and difficulties or saying if we just pray they will all go away.  It’s much deeper than that.  God has already saved us.  In that we have nothing to fear.  Because there is nothing that can touch our true identity as God’s beloved sons and daughters.