What are you a fan – or a super fan – of?  Giants or Jets?  Probably few want to admit that this year.  Yankees?  Too soon to mention them either.  Mets or Red Sox?  Sorry now you’ve lost me.  Maybe we should stay away from all sports this year…  It could be anything – maybe it’s a musician: I had never heard of “Post Malone” until my goddaughter/niece started demonstrating her appreciation for him (reminiscent of my cousin 20 years ago who at her age might have been equally as obsessed with Bon Jovi).  Or a video game – or hobby… Even something as sophisticated as literature – a friend being an avid reader who pursued a Masters Degree in Literature was visibly moved and incredibly excited when his wife got him a first edition of Herman Mellville’s classic Moby Dick.  A buddy of his was confused asking, “Don’t you already have that book?  Why would you want an old copy of it?” (He was even more shocked when he learned this first edition was worth several hundred dollars)

Hi everyone here’s my homily for the 29th SUNDAY IN ORDINARY TIME – October 18, 2020.   Thanks so much for stopping by to read this and even more for sharing it on your Facebook, Twitter, Instagram and everywhere else people share social media posts and your feedback and comments! For the audio version you can get them at SOUNDCLOUD click HERE or from ITUNES as a podcast HERE. Thanks again… I hope you and yours experience all of God’s blessings today and always! In Christ – Father Jim

The reality is we all get passionate about a wide-variety of things for an equally wide variety of reasons.  They can tap into our desires, our gifts, our talents, our dreams and ambitions.  Most times they are things that bring some excitement, healthy pleasure, or curiosity into our lives.   But there’s always a line – where something can cross over into an extreme…  possibly making us change our priorities, even our identity. 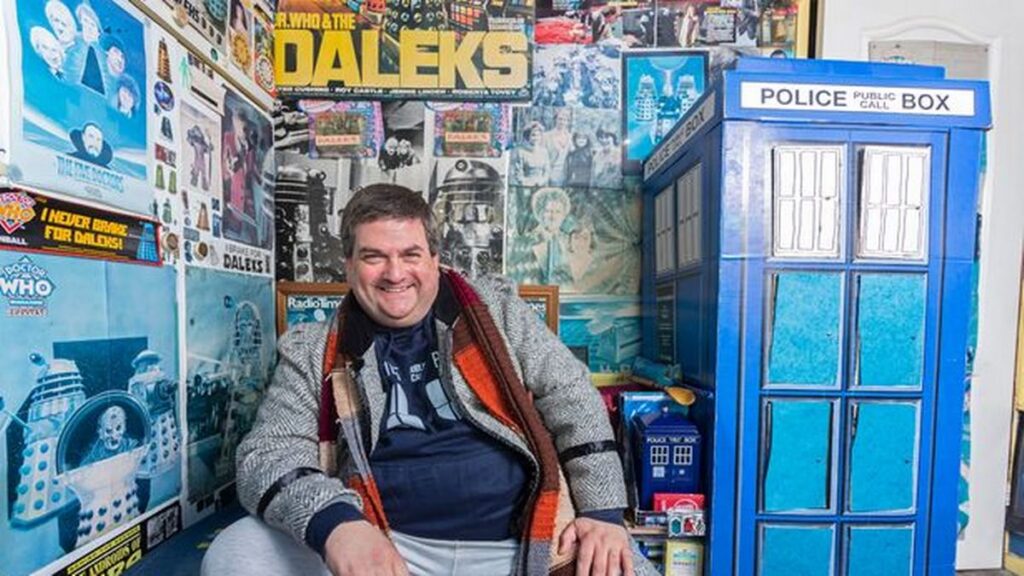 For example, a British newspaper recently ran a story on a man named Bryan Mattocks who is making the argument that he is the biggest fan ever of the Television Series “Doctor Who.”  Bryan can recall becoming hooked to the sci-fi series (which ran from1963-1989) when he was 9 years old.  In 1979, there was a cliff-hanger episode which had him eagerly anticipating the follow up to air and resolve the storyline and he never missed another broadcast of the show.  Ultimately he watched every one of the nearly 900 episodes numerous times to the point of practically having memorized every line and detail of the show.  This also resulted in a life-long passion for collecting items from the show.  What made this story newsworthy was that another fan had recently been named to the Guinness World Record for having amassed over 6,000 items related to this TV series… Who knew there were so many Dr Who fans?  Anyway, Bryan argues he would easily beat that, but imagines it would take months for him to count.  By conservative estimates he believes that he has spent over $125,000 in purchasing items over the years – not to mention birthday, Christmas gifts that all contribute to this ever expanding museum of Dr. Who collectibles.  Suffice it to say, anyone who knows Bryan Mattocks can tell that he’s a Doctor Who fan.  More than a fan who enjoys the show and can share that interest with others … it seems to have gone over that line into an extreme.  To where we might have to ask some other questions…   Like has this become an unhealthy obsession?

What do we possess or rather, what possesses us?

That’s one of the important questions that comes on reflecting on today’s Gospel.  Because in this encounter Jesus is not just confronting the hypocrisy of those questioning Him.  The deeper question for all His listeners is to ask themselves of the the things we get passionate what place do they hold, how does it affect how we live our lives.

To back up though, we have to remember what we heard the past three Sundays, what preceded this scene.  Jesus was proposing parables to the religious leaders of His day, which were all very pointed, critical teachings that were warning them they were in real danger of missing, of losing the Kingdom of God.  That didn’t go over very well.  Rather than consider those warnings, do any self-reflection on their lives or examination of their consciences they decide to kill the messenger (figuratively for now).

They set up a hypothetical scenario aimed at causing division among Jesus’ listeners by asking this question about paying taxes to the Romans.  The Jews were occupied by the Roman Empire.  One of many ugly things that grew from this occupation was how it divided the Jews themselves.  These two groups – the disciples of the Pharisees and the Herodians – were actually rivals themselves: the Herodians had gotten accustomed, adjusted and in some ways collaborated with the Romans while the Pharisees steadfastly objected to Rome and saw it as an occupation by an enemy.  But in this scene, they put their animosity towards each other aside for a common enemy: Jesus.  So they propose a scenario designed to put Jesus in the middle of a controversial topic which would tick off one side or the other of this contentious debate.

Some look at Jesus’ answer “give to Caesar what is Caesars” as taking a pass on the issue.  But that’s missing a subtle and important point Jesus makes.  When He asks them to show him the coin that pays the tax, as they show they possess the coin themselves, they’ve made peace with this contentious issue by deciding to use that currency, to be a part of the Roman empire and economy.  Jesus is pointing out they have used their free will and made this decision.  They’re not really interested in settling this debate – nor do they really even find the whole thing unjust after all because they’re carrying the coin.

Think about it, the Jews had dietary laws, rituals for purifying things, there were people and places that they completely avoided lest in any way they would make them “unclean.”  Those practices were meant to highlight they were a chosen people, a people set apart by God – so they lived, acted differently.  Sometimes they got lost in those externals and might have forgotten the reason, the meaning behind them.  But ultimately these rituals always reflected their identity as being God’s Chosen people and were ways of their expressing and demonstrating that God and God alone mattered to them.

Yet here they are participating in the Roman economy, and accepting that coin with the image of Caesar, who for the Romans was considered a god himself.  On some level they had allowed this to defile themselves.   They had once again been unfaithful in keeping the Lord God front and center in their lives.  In their questioning Jesus, and in the very act of possessing the coin – they reveal what possesses them: their desire for power, for authority, for prestige, for influence.  Desires which on the surface don’t have to be evil, negative things, but had become such.  The Pharisees and Herodians had allowed those things to hold an extreme value for them, and corrupted and distorted their relationships with one another and with God as they turned inward on themselves and solely on their interests.

Jesus’ response to them is getting to a matter of integrity.  He’s basically separating the issues.  First saying, you know better, and so don’t try to play ignorant now – you’ve engaged in the Roman economy, then you need to pay the Roman tax…   Even more, Jesus is revealing their interest in ambition, power, and prestige as they battle with each other and “trap” Jesus as an outsider threatening that competition – which has caused them to forget their identity as God’s chosen people and blinding them to God’s very presence before them.

We can kind of chuckle about a guy whose extreme fandom for a television show like Dr. Who has him featured in a news story.  As you read the story though, it was notable that there was no discussion about his family or relationships or his career or other priorities in life.  Towards the end he said that he could never imagine selling any of the collectibles from his quote/unquote “shrine” – in a sad way, Dr. Who has become his “caesar” if not his god.

Before we dismiss that as simply an odd, extreme example, that same pitfall is possible for each of us.  Jesus is asking us is there something that we’re pursuing, possessing or possessive of that in fact has started to possess us?  Things that move from tapping into our interests, desires and passions into things that distort our view of the world, ourselves, others, even become sinful things?

For example, when a person goes from wanting to take care of their appearance to the point of vanity…

Purchasing something that we need or want to becoming materialistic…

Wanting to do a good job at work or in school to becoming so fixated on it to becoming a workaholic, obsessing about our performance.

Enjoying watching a football game, to Sunday having very little semblance of being the Lord’s Day as it becomes wall to wall about a game.

Who are the caesars I’ve somehow allowed into my life, who has some claim over me?  That has taken up more time, energy and space in my life?  As uncomfortable as those reflections can be for us, Jesus continues to lovingly reach out no matter how resistant or obstinate we might be.  At the end of this exchange Jesus has with these men trying to trap him, even with those ill intentions and the revelation of how they have strayed, Jesus offers them a hopeful resolution – “repay to Caesar what is Caears and to God what belongs to God.”  It’s not too late for them – or us – to turn away from those things that have possessed us and to turn back to God.   Only then will we have that liberty, that true freedom from all the detracts and distracts in this life, and turn instead towards God, whose loving gaze has never left us, and calls us to Him.