Some of you may have heard of the popular Catholic-Christian songwriter Matt Maher.  Many younger Catholics know him from concerts at different youth and college aged conferences they’ve attended… if you look at some of the Mass settings or contemporary hymns in our music issues, you’ll see his name.  This past year his appeal really stretched where one of his latest songs “Alive and Breathing” ended up charting on both Rolling Stone and Billboards secular charts.  In any event, a few years ago before he really started to gain in popularity, he was discussing in an interview online about a new album that was coming out.  Having missed part of the interview, I went to google to find out more info.  As I typed Matt Maher in the search line, the auto-fill in and search results instantly dropped a headline that was hard to miss“Matt Maher sentenced for manslaughter.”  Woah… Yeah, didn’t expect that headline to pop up.  So of course my curiosity was peaked and I clicked the link (is it any wonder my ADHD is out of control and I can’t get anything done)

Hi everyone here’s my homily for the 26th SUNDAY IN ORDINARY TIME – September 27, 2020.   Thanks so much for stopping by to read this and even more for sharing it on your Facebook, Twitter, Instagram and everywhere else people share social media posts and your feedback and comments! For the audio version you can get them at SOUNDCLOUD click HERE or from ITUNES as a podcast HERE. Thanks again… I hope you and yours experience all of God’s blessings today and always! In Christ – Father Jim

Well as you might have guessed – it was a different person who happened to share the same name.  This Matthew Maher had quite a different story. Matthew Maher had been drinking, got into a car, was driving home at a high rate of speed on the Atlantic City Expressway.   Matthew struck the vehicle of 55 year-old Hort Kap, husband and father of six children, who was pronounced dead at the scene.  Matt was arrested and charged with aggravated manslaughter.   He was eventually sentenced to 5 years 5 months in prison, in which he had to serve 85 percent of his time.

Prior to going to prison, Matt presented the story of his life called, “I’m That Guy” to over 34 schools in three months reaching over 7,000 students.  In this powerful testimony of how “decisions determine destiny” Matt explains that he was “That Guy” who grew up achieving in every area of his life.  He was a role model, active in his community, excelled in academics and athletics, earned himself a full scholarship to Temple University, and eventually signed a professional contract as a soccer player.  Now he is “That Guy,” a drunk driver, who killed an innocent man and who ended up in prison.

It’s sad that such a tragedy had to make Matt Maher realize a truth that he should have known – that drunk driving kills innocent people… That it wrecks many lives and families.  It was sad reading his website some years ago where there were updates from jail.  Where he was sitting in a cell every night.  And you know the depth of his remorse when he said in an interview “If they told me I could leave prison tomorrow, I would refuse because God is teaching me so much and I have more to learn.” 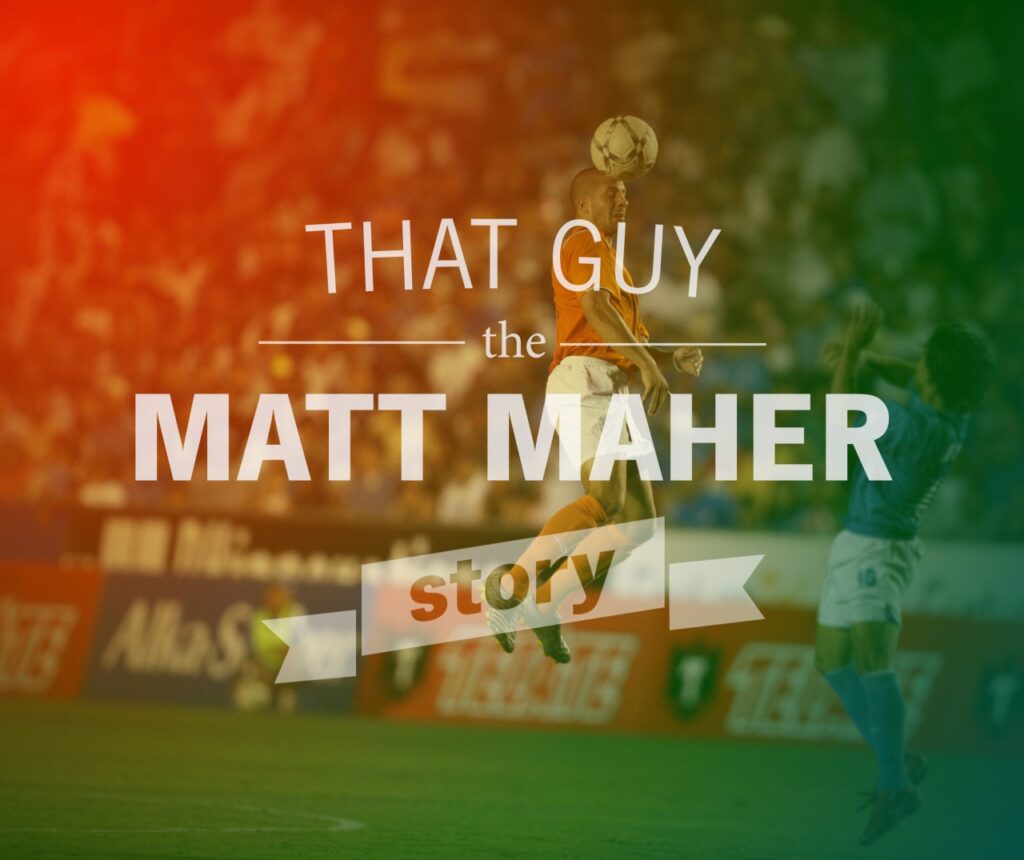 Watching videos, you see Matt breaking down as he apologizes to the family face to face in court.  You start to tear up as you see Mr. Kap’s son hug Matt in a sign of forgiveness. And as you read on his website, Matthew has said that he will dedicate himself to honoring the memory of his victim, by telling this story about choices, consequences and how our actions can change countless lives–for the good or bad – which he has… After having been released from Prison, he’s become a pastor, he continues to share his story through writings and speaking engagements.

That story came to mind when praying with tonight’s Gospel.  One of the messages Jesus is talking about is how our actions can change lives, specifically our own life – for the good and bad.  And that these consequences don’t just impact us here – but have eternal implications.

Jesus tells this brief story about two brothers are asked to do something.  The Father asks them to go take care of his vineyard.  One says no, feels bad and then decides to go.  The other says yes and then decides not to.  Jesus uses this minor story to get to a bigger issue.  He is worried about the religious experts and their salvation.  Because after this brief story, he quickly refers to the fact that prostitutes and tax collectors (who were doing more than a civil service of collecting money for the government – they were helping the enemy Romans in suppressing their own people AND basically stealing from their own people by charging a little bit extra that they could pocket themselves) when they heard the word of God preached from John the Baptist, they made a radical change in their life.  They had a conversion of heart.

The religious experts didn’t.  They dismissed the teaching of John assuming they “knew” God well enough that they didn’t need his prophetic calls.  They were now having that same arrogant indifference towards not a prophet, but Jesus Christ, the Son of God.

So Jesus is worried that a great tragedy is unfolding.  That if they continue to chose to be blind to His presence, if they continue to be deaf to His words, they’re making a terrible choice that can result in a tragedy – them missing being a part of the Kingdom of Heaven.

You and I need to constantly be reminded that the call to repentance, the call to conversion, the call to turn away from sin is something we need to hear over and over because the devil is not going to cease trying to tempt us.  There’s never going to be a time where we have completely overcome them.  Jesus knows that – it’s why this parable is somewhat comforting, because neither son really acts appropriately.  The correct response to the Father’s command should have been “Yes Father” in word and in action.  But His example isn’t that ideal.  He holds up the example of the son who said “No” to the Father’s request but then changed his mind and went.   Which highlights the fact that Jesus doesn’t ever use examples of people who never stray, who never doubt or question when he’s teaching.   In fact it’s quite the opposite – The gospels are filled with examples of people who struggle, who disappoint, who fall away. And consistently, Jesus rejoices in the moment of conversion, holds up as an example the time when the person realizes they’ve messed up and turn back to him.

For Matthew Maher, just watching the video again the other night, you can see and hear in vivid detail him recalling all of the bad choices that resulted in the tragedy he has to live with.  The decision to drive to wherever he was going to party, the decision to have that extra shots of alcohol, that choice to get behind the car and drive from Philly to Atlantic City.  And as he replays those decisions and choices, he’s left with having responsibility for what he did.  Praise God Mr. Kap’s family were able to get to a place of forgiveness for Matt for what he had done. And it’s beautiful to see how God is using Matt now.  That God was able to draw something good out of tragedy.  But no doubt all of them wish that wasn’t the case in the first place.

For you and I, our story is still unfolding.  There are choices and decisions we are confronted with every day that will either bring us closer or further away from the Lord.  Wherever we find ourselves right now, the importance of being both people of word and action is essential.  That we are people of integrity whose lives – those in public as well as those hidden – reflect that we are striving to live as followers of Christ.  More than likely, (if we’re honest) we know there’s a gap there.   But the good news is that Jesus hasn’t given up on us.  Whether it involves a radical shift in our priorities, or pursuits – or not putting off that confession we’ve been thinking we need to go to…  This isn’t a coincidence we’re hearing this Gospel tonight.  Our Loving Father constantly is calling out to us… looking at us, His sons and daughters, seeing the great potential that is possible within each of us… Longing for us to hear that truth, and come back to Him, come back to His vineyard.