Latest News
Home /Blog/THE ENEMY OF MY FRIEND IS MY ENEMY?

“My wife’s enemies are now my enemies too…  No one tells you about the other in-laws you acquire when you get married.”  It’s hard to ignore a headline like that – especially when you’re sitting in a waiting room for an hour and a half.  New York Magazine writer Josh Gondelman, makes his case that up until 5 years earlier, he had practically gotten along with anyone he met.  Sure there were people he might not have clicked with right away, but as he put it “my impeccable get-along instincts and crushing fear of confrontation prevented things from coming to a head very often.”  He claims that it wasn’t until he met his wife that he learned the “fine art of having enemies.”

Hi everyone here’s my homily for the 20th SUNDAY IN ORDINARY TIME – AUGUST 16, 2020.   Thanks so much for stopping by to read this and even more for sharing it on your Facebook, Twitter, Instagram and everywhere else people share social media posts and your feedback and comments! For the audio version you can get them at SOUNDCLOUD click HERE or from ITUNES as a podcast HERE. Thanks again… I hope you and yours experience all of God’s blessings today and always! In Christ – Father Jim

Most of the article was tongue in cheek, sarcastic, and humorous pointing out how as a husband and wife – as two become one; you see friendships and families merge;  you appreciate other interests that perhaps you never considered before.  But along with all of those changes, he argues, you pick up enemies as well – or as he describes it “enemies-in-law, to put it more precisely. Childhood bullies. Estranged best friends. Snotty adult cousins. Professional nemeses. Celebrity grudges. Unaffectionate neighborhood dogs. These may be your partners’ enemies, and if you’re devoted, they’ll become your enemies too.”

There were parts of the story that were understandable, even noble:  hearing a husband speak of his desire to protect his wife, his intention to be supportive… Those are things that everyone, married or not desire.  Who doesn’t want people to agree with us?  We want our friends, our relatives to take our side, defend us.  Even to the point of wanting our enemies to be their enemies as well.

A similar thing is at play in this Gospel story.  On the surface we read and hear Jesus seemingly acting so un Jesus-y.  Jesus has taken his small circle of disciples outside the Jewish regions into towns that were considered “unclean.”  This Canaanite woman represented people who were despised, looked down upon, even hated by the Israelites. As she begs for help, Jesus is silent as his disciples reveal their prejudices and hostilities as they look to Jesus to shut her up.

But He doesn’t – and she doesn’t in this interesting dialogue.  Jesus, saying “It is not right to take the food of the children and throw it to the dogs” gives voice to the unspoken, but real prejudices that were floating around in the apostles hearts and minds.  He shows that even though they were close to Him still had eclipsed the love, the mercy of the very presence of God in their midst.

The Canaanite woman’s love and care for her daughter…  her belief that no Jesus wasn’t simply some miracle worker who if she just asked nicely enough would relent to her wishes – but rather that this is indeed God – that Jesus is Lord  isn’t diminished.  Even though she might not have had the education, the stature or the tradition of the Jewish men who surrounded Jesus – her heart and soul gave birth to a deep faith.  That faith enabled her to move past her own personal embarrassment, That faith moves her past ancient hostilities and present day animosities and she remains undeterred in her trust in Jesus.

Her deep faith enables her to move past all of that as she courageously and humbly responds “Please Lord, even the dogs eat scraps that fall from the table of their masters.”

All of a sudden this person who was considered an enemy is as equal as the 12…  Jesus reveals to her, to the 12 and each of us, that this woman and her daughter are loved, as He responds to her pleas, as He accepts her.   The word “Dog” goes from being a derogatory label to an acronym for Daughter Of God.

That’s what God is able to do.  He is able to see the beauty, the dignity of the individual who He loving made… He removes the obstacles, the blinders, the labels we can so unfairly assign to another (and even worse, pass on to other generations).     Jesus wouldn’t let her remain assigned to this group of enemies or outsiders  because of where she was born, or who she associated with, or what her family heritage was, or her race, or her gender.  She was a mother, with a child in desperate need of healing – which she correctly identified that her only hope for healing can be found in God. 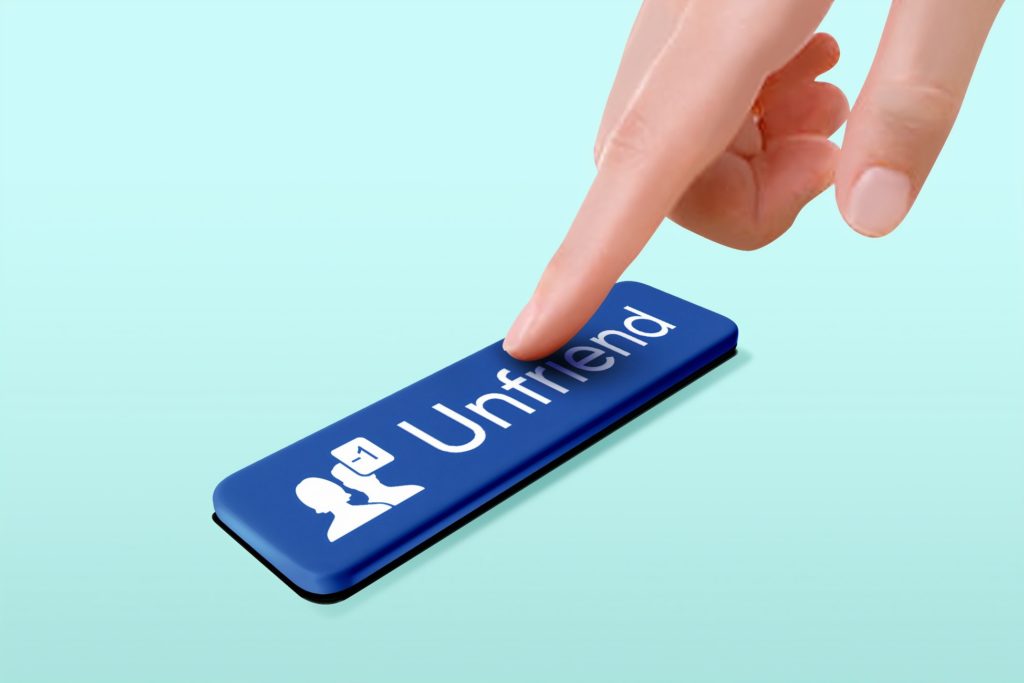 Thinking back to that article of the husband adopting his wife’s enemies as his enemies, while it was comical to a point – in the end it was disappointing and sad.  I kept waiting for the transformation, the aha moment, the awareness of when, where or how things changed.  When they decided this wasn’t healthy… Where the husband and wife learned of how destructive it was having enemies.  How they grew and matured past that very human and understandable condition of wanting to be right, surrounding themselves with people who agree, staying in a mindset where we believe we’re right and the world around us better align with it or else – and realizing how destructive, how isolating, how narcissistic that mentality was and how they changed.    But that but never came.

But the good news is that doesn’t have to be the end to their story – or ours.  Jesus challenges our very notions of what love is all about.  Do we simply want people agreeing with us, surrounded by people that help us lick our wounds, commiserate in our pain and add some dura flame logs to a fire of anger?   We might think that’s precisely what we want.  But Faith in Jesus’ has to change our hopes and expectations to see past such pettiness.  He took the sin of all humanity on the cross.  He was victorious in defeating it in the Resurrection.  And the first thing He does after that victory on Easter Sunday?  He offers his forgiveness… His divine Mercy is poured out on a humanity that doesn’t deserve it, but is offered it anyway.  That’s what love does – not give us what we want or even what we deserve, but what we truly need to become better – to become what we are intended to be: God the Father’s beloved sons and daughters.    Jesus challenges us to go much deeper on a much more personal, intimate level:

Who are the enemies we hold?  Who are the people that deep within we hate – think about that for a minute.  That can be someone in the public domain who we’ve never met – or it could be a family member who we know all too well – or someone in between…or all the above…

Who are the people we’ve got our labels for – perhaps it’s not dog – but it’s even more derogatory, it’s just as dismissive…

There’s more than enough signs and evidence of a world that seems to be crying out for peace, healing, for reconciliation.   But if that’s ever going to happen, the Canaanite woman shows us how to begin:   She didn’t listen to her friends, relatives and neighbors who saw Jesus and these 12 Jewish men walking into town and sneered, and ridiculed, and labeled them as hated enemies… She didn’t let any of that stop her from going to Jesus.

Are we willing to do the same?

Are we willing to stop listening to voices that agree with the hurtful things that we can say about one another…  can we move away from that “group think” and allow Christ to break this eclipse of God by illuminating our vision… where He enables us to see one another as He sees us.

When we do that, a wife’s enemies doesn’t have to become a husbands enemies… accepting having enemies ourselves begins to become unacceptable.  And Jesus can look at us and say “great is your faith.”