“Burning church buildings, anarchist and satanic symbols, and decapitated statues of Christ” was the lead sentence of one story this week describing attacks that have been experienced all across our country on Catholic Churches.   Another story announced that a group of members from a satanic group were arguing for the exemption from one states few abortion restrictions as a means of safeguarding their “religious freedom.”  Couple that with the reality of people’s access to Mass, to worship being limited, forbidden, prohibited – however you want to characterize this experience (whether you want to describe it as being prudent for health and safety or a massive over-reach of government authorities) doesn’t really matter.   If people ever wondered what was meant by the phrase “spiritual warfare” we seem to have more than enough examples to point to around us… even to us. All of these things seems to underscore the battle between good and evil has taken a dramatic shift.    For the vast majority of friends who are sharing and commenting on these stories (and we can use the term “friends” loosely since it’s coming from Facebook) there’s two major reactions.  For some they have a tremendous amount of anxiety and fear in their sharings.  While others dismiss it outright as “wacko-religious extremism.”  Just saying “spiritual warfare” is enough to have some tune out.

Hi everyone here’s my homily for the 19th SUNDAY IN ORDINARY TIME – AUGUST 9, 2020.   Thanks so much for stopping by to read this and even more for sharing it on your Facebook, Twitter, Instagram and everywhere else people share social media posts and your feedback and comments! For the audio version you can get them at SOUNDCLOUD click HERE or from ITUNES as a podcast HERE. Thanks again… I hope you and yours experience all of God’s blessings today and always! In Christ – Father Jim

Neither of those extremes are particularly helpful.  Which is why these scriptures are so important and relevant.  Because today’s scriptures talk about spiritual warfare in incredibly dramatic ways:

First we hear from the Old Testament reading from the book of Kings.  This particular passage is often cited because of the soothing, gentle way that God’s presence is made known to the prophet Elijah – as a whispering sound  – after He’s not found in experiencing the more fantastical displays in which one would think you’d find the Almighty (a strong, driving wind that crushes rocks, an earthquake, a fire….) .  But we have to get the context of the story to see what else was at play.  Why was Elijah looking for God?  There was a particular reason:  he had just said to God a few verses earlier that  he was done – with everything. In fact he’s more blunt:  “ENOUGH LORD TAKE MY LIFE!”  Elijah as God’s prophet,  had just proven the authority of The Lord God of Abraham, Isaac and Israel in opposition to the pagan god of Baal… a battle that had him versus 400 of those false prophets in an incredible display (it’s chapter 18 of the 1st Book of Kings).  It was so definitive the people of the kingdom immediately repented of their doubt and lack of faith in the Lord God (and immediately slaughtered the 400 false prophets).   On top of this miracle, and repentance, this whole experience ends a drought that the people had suffered under for years.   God brought rain down as another sign, another affirmation of Elijah being his messenger.  So there’s all these spectacular things that Elijah had prophesied, and witnessed come to pass.

All that remained was one opponent:   Queen Jezebel – who was the one trying to get the Jews to abandon the Lord in favor of baal.  Jezebel didn’t take too kindly to being proven wrong and her beliefs shown to be false and the 400 prophets of baal being dispatched.  So she sends word to Elijah May the [false] gods do thus to me and more, if by this time tomorrow I have not done with your life what was done to each of them.”  Think about all that Elijah had just accomplished, the threat of one powerful woman makes him buckle, run for his life, wish for his death. 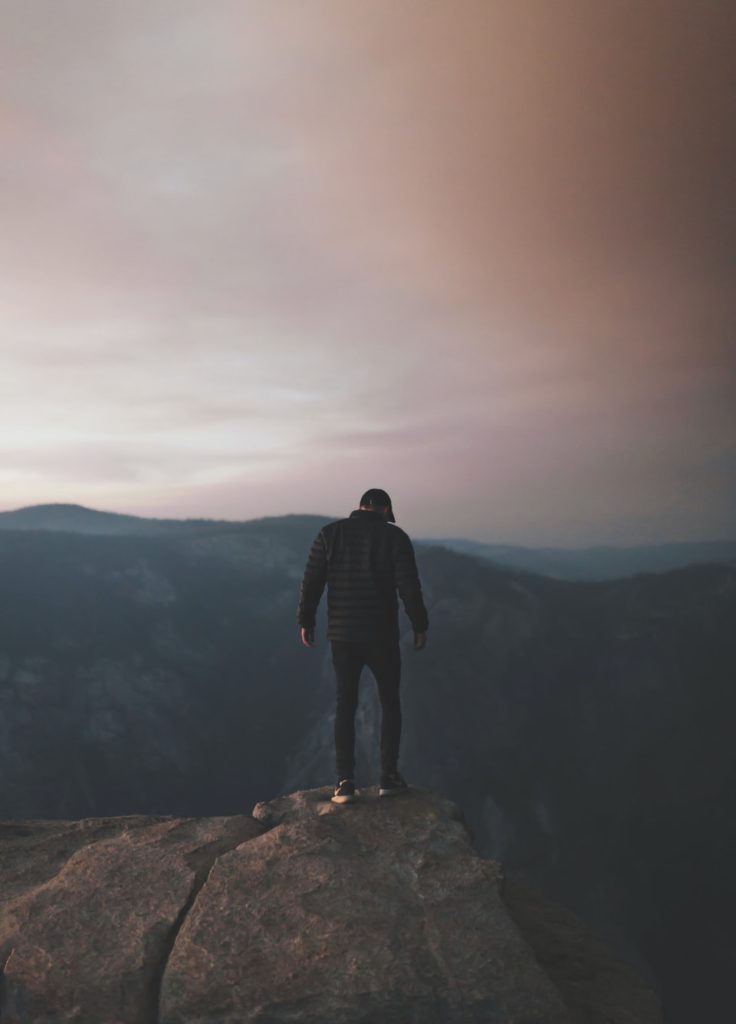 Fear eclipses his heart and soul in this experience of spiritual warfare.

Similarly in the Gospel.  We pick up where we left off last Sunday (and the week that’s past in our continued pandemic life feels like a year or two) this is right after the miracle of the loaves and the fishes, the miracle of Jesus curing people of illnesses and diseases… hours later – at Jesus’ command, the disciples set off into a boat on a 13 mile journey to the other side as Jesus wants to have the alone time in prayer he had initially set off for in last weeks Gospel.  They’re in their boat, the waves, the winds are hard against them.  In the midst of this night storm, Jesus walks on the water towards them.  All those present realities had eclipsed in their hearts, and minds the memories the glories they had just experienced hours earlier… as fear eclipses their hearts and souls.  They start out by thinking Jesus is a ghost.  When Jesus tells them to take courage, to not be afraid, Peter decides to demonstrate his authority as the spokesman for the group and asks Jesus – to prove himself:   “ Lord if it is you – command me to come to you on the water.”

In Jesus’ love and mercy, he does, (AMAZING) inviting him – “Come”.  Spectacularly, Peter walks on the water as well.  AND Right there, in the middle of the miracle, Peter diverts his attention from Christ and looks at the waves, feels the wind, becomes frightened and starts to sink.  We hear Jesus respond to Peter “O you of little faith, why did you doubt?” And it’s easy to imagine Jesus is frustrated, or disappointed with Peter.  But I think it’s more loving, more instructive than it is judgmental or dismissive.  He’s trying to draw Peter, and the others, and all of us into deeper faith with Him.

Because the reality is, things are going to get windier and choppier for the Apostles then one bad night at Sea.  There’s no denying that it’s going to be difficult to remain faithful in the face of fear.  The devil will constantly find ways to sow fear, anxiety, doubt that will be seemingly tailor made for each individual whether it’s a missionary, a priest, a prophet, the first Pope.  Even when we’ve encountered Jesus Christ in profound, personal, intimate ways (like you may have over this weekend of retreat) Even when we’ve seen God’s glory and majesty revealed to us… Even when we can point to how we’ve experienced God’s favor and blessing in our lives or in the lives of those we love, those around us – doesn’t make the devil stop coming after us.  If anything he doubles down in coming at us.   What better triumph could he have then to have Elijah giving into fear and depression longing for death – or for Peter to abandon ship after all that they had just experienced?  That would undermine the power and authority of God’s miracles and give the false impression that this spiritual battle between God and the powers of darkness is a match of equals.

It’s not.  Not by a long stretch.  St. Paul the devout Jew who became the even greater Christian apostle testifies to that in the second reading which comes from his letter to the Romans.  He’s saying the Jews had come to know their dignity, their destiny as God’s chosen people through the covenants God had made with them.  God’s love is unconditional – and it is perfectly and clearly shown in the Messiah, Jesus Christ.

For us witnessing the spiritual battles of 2020 we have to renew ourselves in that truth. Yes we should be taking these obscenities and attacks on our faith seriously.  We can’t allow ourselves to be lukewarm or passive or apathetic about these things like “if we ignore them, they’ll go away.”  But we can’t give into abject fear either.   We have to have remember that, in the midst of his flight Elijah didn’t need fire from the sky like he had witnessed, but just needed that whispering, loving voice of the Almighty…  Peter simply needs to call out to Jesus and Jesus’ hand is in Peter’s hand, they are on the boat, and nature is subdued.  God’s promises are irrevocable, most especially to be with us always.

Catholic author Gary Zimak puts it like this – “Don’t be afraid to be afraid. Because it is an emotion, fear is emotionally neutral. It only becomes a problem when it prevents us from doing what God wants us to do. Whenever you are afraid recognize you are given the chance to trust in Jesus. As you continue to take advantage of these opportunities, you will find your fear decreasing and your faith increasing.”