Latest News
Home /Blog/WHAT IS IN OUR CONTROL (& ISN’T)

What is in our control and what isn’t?  That’s always an important question for people in terms of juggling responsibilities and managing their lives and expectations.  But even more so, that probably been one of the most challenging things that everyone of us has been struggling with for months – and is continuing to cause the most stress, tension, anxiety and fear.  Seemingly overnight we went from going where we want, doing what we want, when we wanted to not being able to do any of those things… or with heavy restrictions that seem to change just as quickly.    The wide range of emotions for people of all ages has been one of the most disorienting things to experience.  Particularly because it seems to effect everything from our health, our livelihoods, our relationships – every aspect of our very lives has been impacted by looking at what is in our control and what isn’t.

Hi everyone here’s my homily for the 18th SUNDAY IN ORDINARY TIME – AUGUST 2, 2020.   Thanks so much for stopping by to read this and even more for sharing it on your Facebook, Twitter, Instagram and everywhere else people share social media posts and your feedback and comments! For the audio version you can get them at SOUNDCLOUD click HERE or from ITUNES as a podcast HERE. Thanks again… I hope you and yours experience all of God’s blessings today and always! In Christ – Father Jim

Which leads to a litany of questions, with answers that are unclear or changing as well: What are we supposed to do?  What are the risks?  Are those risks worth it?  What’s the plan? What’s the cure?  What do I have to do to be safe, secure, healthy?  What do I need in order to protect myself and my family?  Who has the answers?  You add layers of civil unrest, political polarization, abundance of information (and dis information) that we are bombarded with – it’s understandable that people are exhausted… mentally and physically tired, weary.

Jesus’ disciples were feeling somewhat similarly in this Gospel passage.  They too had experienced something traumatic.    John the Baptist, the one who for many of them, had first prepared their hearts,  opened their eyes to Jesus as “the Lamb of God” – the Messiah, the Chosen one had been brutally killed for the most un-noble of reasons.  Just to recap:  King Herod was a horny, undisciplined, selfish man .  Herod allowed his lust for this woman and a provocative dance she had performed for him to cause whatever slightest shred of decency he had to disappear.  The dancing woman’s mother demanded the head of John the Baptist for daring to point out her sinfulness in being with Herod.  The morally bankrupt Herod went along with it and ordered the murder to be done.  John was beheaded –   It was so pointless and absurd.  Man’s cruelty, lack of humanity and decency displayed in such dramatic violence.  That had to have caused immense sadness, grief and disbelief for these disciples.  It certainly affected Jesus – who not only loved John for his service in ushering in Jesus’ mission, but they were family.  John was his cousin as well.  Jesus withdrew to be alone with His Father in prayer.  That’s how things started out in this passage we just heard. 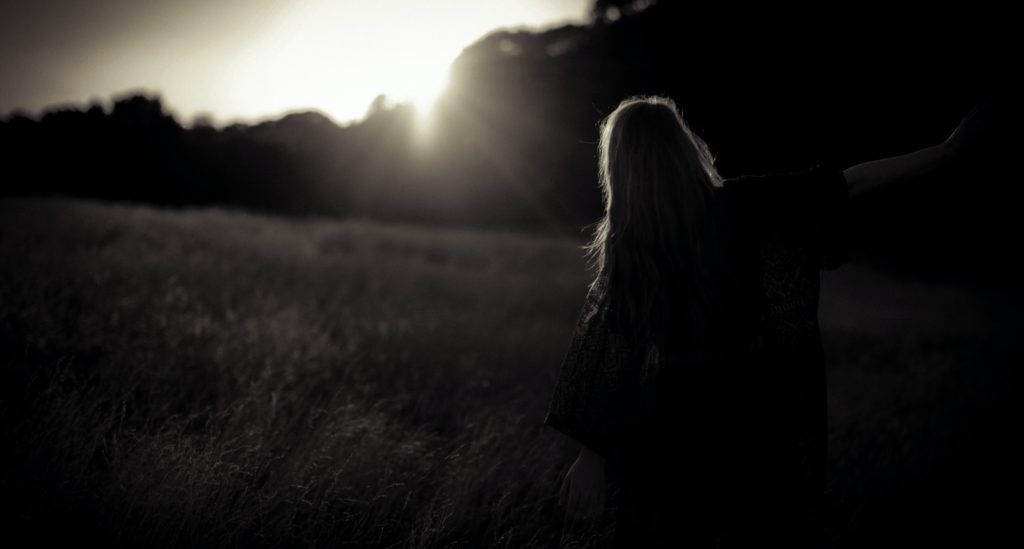 Yet Jesus is no sooner out of the boat that we read the crowds come looking for Him.  They had begun to see the signs and wonders He was capable of.  Their hearts were left to ponder the parables and teachings He had shared.  And they didn’t quite know what to think.  For them too – they had struggles with what was in their control and what wasn’t.  They were occupied by the Romans so their freedoms had been limited.  As Jews they were divided into different sub groups and leaders – with infighting and division among themselves too.  They had heard John the Baptist’s preaching pointing them to Jesus.  Now, Jesus had begun to open to them the possibility that maybe, just maybe the Kingdom of God was bigger than just their earthly hopes and dreams… maybe the Messiah was interested in something more than settling historic scores with the Romans and handing victories for their “team…” for the Jews.  Maybe it was even more personal, intimate – that God was interested in His people not just on a collective, grand, communal sense – but His people, each and every single one.  They didn’t quite know what to think.

What they knew all too well was they had hungers and thirsts – they experienced poverty whether it was materially, emotionally… maybe even a poverty they never even contemplated before, since those other layers are more obvious and pronounced and understandably get more attention, but this other poverty is even more urgent – this spiritual poverty they had.

St. Matthew recounts that Jesus moves from his own personal grief for his cousin to seeing the vast crowd and being moved with pity and he “cured their sick.”  Those three words – cured their sick – it just sounds so matter of fact, doesn’t it?  It’s almost like they were unimpressed at this point.  Earlier when Jesus had cured a withered hand, restored sight and speech – it was pretty noteworthy.  But here it’s almost an after thought.

What the disciples, what St. Matthew knew was they were in grief over John the Baptists death… they had intended to mourn, or grieve or process what happened… now these crowds arrive and Jesus starts spending time ministering to them.  They project their weariness onto Him with a question of “control” as well.  They’re hungry, the crowds are hungry, they are poor in spirit the crowds must be becoming poor in spirit as well.  Jesus send them away – let them go off by themselves, buy food for themselves.  Who knew, the disciples were the first to advocate social distance and issue “stay at home orders.”

Jesus counters “give them some food yourselves.”  Immediately their caught up with the ridiculousness of the suggestion.  That seems impossible for them to do that with what they have.  5 LOAVES AND TWO FISH ARE ALL WE HAVE – there’s not enough Lord.  As they fixate on what is in their possession, what is in their control, they don’t have enough… they barely have enough for themselves, they certainly don’t have enough for a crowd.  But, something else is in in their power and in their control:  The decision to listen to Jesus as He invites them “bring them here to me.”    It’s in their control to put their logic, their reason, the arguments, the pride aside and once again to put faith and trust in the one who had called them by name, invited them to “Follow me.”

It’s in listening to Jesus, it’s in choosing to yield the limited control of their minds and their possessions to Him that this miracle takes place which astounds them.  That’s why in a sense all the healings that took place that day seemed to recede from their view.  Five loaves and two fish end up multiplying feeding thousands in such abundance that in the end, they had more than what they started with.  They’re left with 12 baskets of “left overs.”  They are beginning to see that in following Jesus, in putting their faith and trust in Him a much more important truth that resonated beyond that day and that meal:   God sees… He cares…   His words through the prophet Isaiah to “come to Him” are fulfilled in Jesus.  Not in simply a materialistic worldly way.  He’s not our divine grocer or ATM.  But fulfilling the deeper, truer hungers and needs.

The great sadness, the great poverty right now is that we have a world that is running scared and fixated on very earthly things.  We’ve gone from toilet paper shortages, to Lysol being sold at astronomical prices online, to waiting anxiously for reports on a daily basis on the progress of a drug or a vaccine or some news that will in some way bring things “back to normal.”  Yet perhaps that’s the problem.  We are willing or desiring to go back to “normal.”  Deluding ourselves that with these very earthly concerns addressed, that the stress, the anxiety, the fear and panic of the world which has been fully unmasked with this virus reveals a great spiritual sickness that won’t be cured by any pharmaceutical.

St. Pope John Paul II once said: “Faced with problems and disappointments, many people will try to escape from their responsibility: escape in selfishness, escape in sexual pleasure, escape in drugs, escape in violence, escape in indifference and cynical attitudes. But today, I propose to you the option of love, which is the opposite of escape. If you really accept that love from Christ, it will lead you to God.”

The choice to follow Jesus Christ.  To put our faith and trust in Him… to see in Him the answer to our deepest hungers and greatest poverty  – that choice is fully in our control…