In the advertising world – it’s rare that a marketing campaign would continue for many years, let alone decades.  Yet, the tag-line: there’s some things in life that money can’t buy. For everything else there’s Mastercard” part of their “Priceless” campaign has been around since 1997.  You’re probably familiar with the concept.  A commercial will itemize a list of things that people spend money on and present it under the umbrella of why people are spending this money, why it is worth the cost.  As one marketing analyst observed – “before there was such a thing as viral campaigns and internet memes, people were holding up placards at baseball matches listing the prices of various objects and then ending with the word ‘priceless’ to emulate the company’s marketing campaign.”

Hi everyone here’s my homily for the 17th SUNDAY IN ORDINARY TIME – JULY 26, 2020.   Thanks so much for stopping by to read this and even more for sharing it on your Facebook, Twitter, Instagram and everywhere else people share social media posts and your feedback and comments! For the audio version you can get them at SOUNDCLOUD click HERE or from ITUNES as a podcast HERE. Thanks again… I hope you and yours experience all of God’s blessings today and always! In Christ – Father Jim

This was done intentionally.  By the mid 1990’s when the economy was roaring along and people were spending in more and more extravagant ways, credit cards became associated with greed, with excess.  In some high profile cases, people were over-extending to such a degree that they found themselves in messy financial situations.   Those bad experiences had resulted in a lot of negative stories and bad publicity.  So advertising executives were tasked with trying to rebrand or market credit cards in a positive light.  So these marketing geniuses came up with this strategy that they called the “What Matters” umbrella.  Claiming that there’s a valid, greater reason, some noble purpose, people need to spend this money, even if it is expensive, for something else that is – priceless.  So an ad goes something like this “Tickets to Yankee Stadium $80; Souvenier T-shirt $25; Hot dog $8 – taking your son to his first baseball game – priceless.” 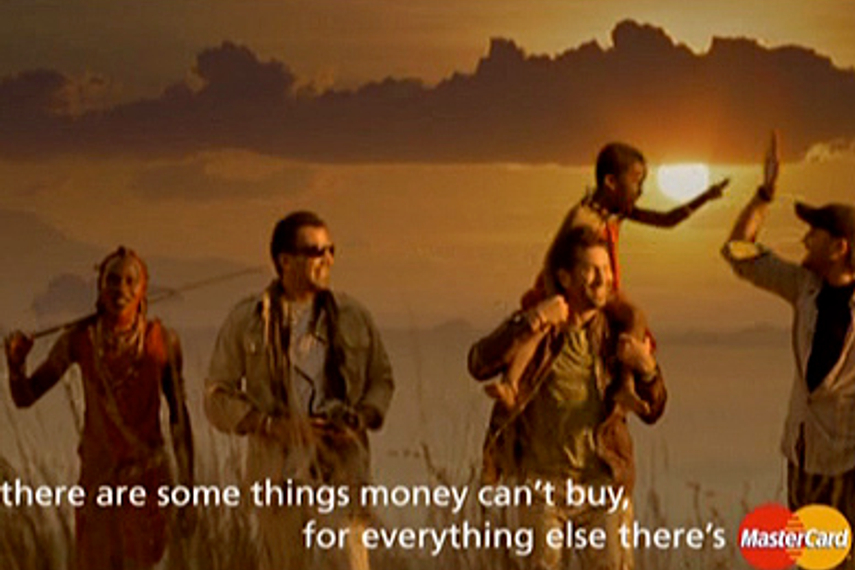 It has been so successful an advertising campaign that not only has it continued for over 23 years here in the US, it has spread to over 100 countries in over 40 different languages.  It seems almost a universal understanding that there are some things that money can’t buy – that there are priceless things out there.

What are those priceless things for us?

Pretty quickly we would probably rattle off the list of family, friends, our health.  If we were to take a poll of all of us here, most likely “our faith” would make it to the list – perhaps out of obligation, perhaps because on some level we do believe that to be true.  But in today’s Gospel Jesus is asking us, is it really?  Or rather Is He priceless to us?  The short parables about the treasure, the pearl of great price all amplify the importance of desiring, longing for, and doing anything and everything to go after something of greater importance.  So again, the question we’re left with –

Is He someone we see,

is what He is offering, namely eternal life, something we desire,

…are these Priceless to us?  Are we willing to pay whatever the cost to achieve them?

A few years ago, I was at a Catholic conference and this speaker shared this story.  A woman had been a religious education director in her parish for over 30 years.  She had worked tirelessly in her parish preparing kids for First Communion, Confirmation, supervising all the other grades whether in CCD classes or in the Parish Elementary School – monitoring the books used, the tests given, attendance reports.  When she had completed her 25 the year, she said she had felt burnt out.  She was busy, she was tired, she was working hard.  But it seemed year after year was just flowing one year into another.  There were lots of kids in CCD, but few at Mass.  The Parish School was getting smaller and fears that it would close were becoming more real.  The parish itself seemed “stuck”.  So she had gone to this conference sponsored by “Renewal Ministries.”   The goal of Renewal Ministries is to help Catholics discover or recover an appreciation of the love that Jesus Christ has for them individually. With the goal that once they’ve met Jesus or come to know him more intimately, more personally – the response is people want to grow in holiness themselves.

After this conference, this particular religious ed professional said she had an earth-shattering realization.  She went up to one of the presenters whom she had been listening to all weekend, and said that after 25 years of service she didn’t believe that she had ever brought a single person into relationship with Jesus Christ.

Imagine that?  There’s a part of us that wants to dismiss that saying she’s being hyper-critical of herself.  But she was brutally honest saying the kids looked cute at their First Communion; the young men and women behaved appropriately at their Confirmations, and the class attendance sheets and religious ed books were all accounted for.  But for her, when she heard the Gospel presented to her anew.  When she heard the story afresh of how Jesus Christ has this personal, intimate love for her, that were she the only person to have ever lived in the whole world, he would still accept the Passion, the Cross, the Death for her – that’s how much God loves her – she realized that she and all of those with her in her parish had lost sight of what was essential in the faith.  In the process they had taken all these other beautiful, important things of our faith and in a sense made them empty. 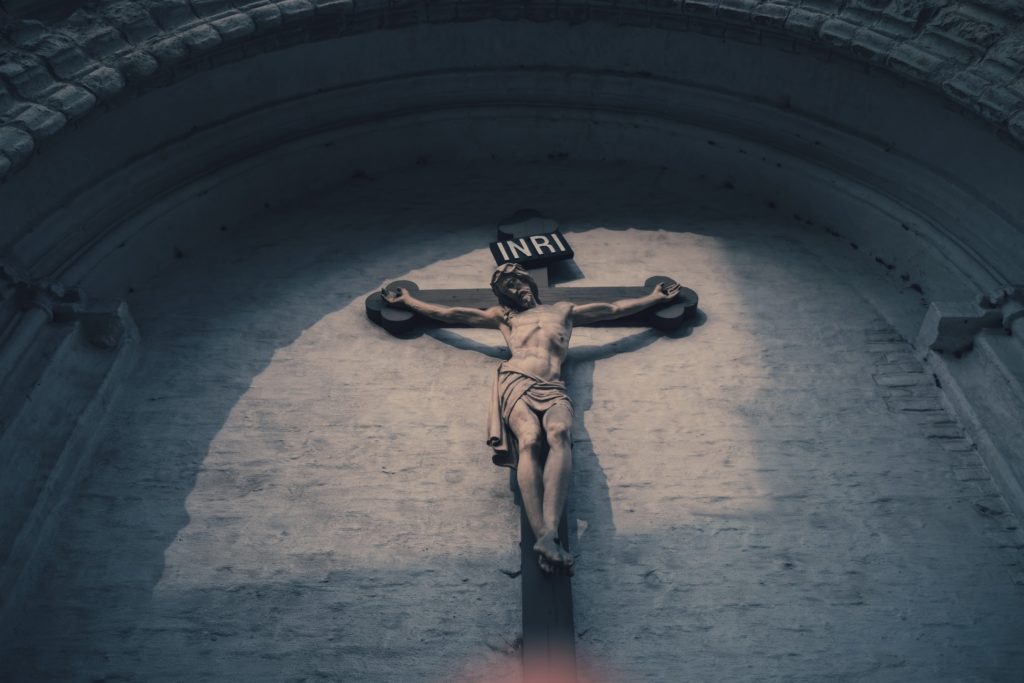 She went back to her parish and with her Pastor and her Bishops approval, they simply asked over and over “Is Jesus Christ the Lord of my Life?”  “Is he the Lord of this Classroom?” “This parish group?” “This school?”  If He wasn’t, then they made Him such, or they got rid of it.  Within 5 years the parish had been transformed.  The school went from near closing to having a waiting list.  The Parish was thriving in every way imaginable.

When we find the “treasure” – When we find the “pearl of great price”:  – When we truly believe what we say we believe and realize that nothing else compares to it… nothing else matters, even remotely in importance, then we start to see, experience the power of the Holy Spirit in our lives and in the lives of all those around us.  That one woman felt convicted in her heart that Jesus wasn’t Lord of her life or her parish, so she made him it.  She might have doubted she brought people to Christ before, but ever since, Jesus had changed her and many others lives.

I know personally how difficult that can be.  For me these past 21 years of priesthood have gone quickly.  And the ways that I’ve diminished Jesus Christ in thoughts, words, deeds, or lack of thought, word or deed, well those are reasons I find myself in confession so often.  How often have I not spoken up to defend my faith because I was afraid “someone might be offended.”  How many opportunities have I passed on an opportunity to be a witness to my faith because I worried how others might perceive me?   In each of those opportunities, on some level, I said my ego, my fears, my whatever where more valuable than my faith in Jesus Christ.          I don’t want to keep doing that anymore – do you?  And that’s the point – we have to want it – we have to have a change of vision recognizing that what Jesus is offering us is “What Matters” most.  We have to realize that it’s not just going to cost us a little, it’s not something we can put on our Mastercard (or Visa or AMEX for that matter) – it’s going to cost us our reputations, our pride, our egos.  It’s going to cost us friends and being comfortable.  Yes it will cost us our whole lives.  But it’s worth the cost.  Because in the end, encountering and being in relationship with Jesus Christ, being counted among members of the kingdom of God is in fact … priceless.