What are you afraid of?  Not too long ago, there was a story that was published entitled Cancer Doctors Avoid End-of Life Talk.  It reported that many oncologists often refuse to tell terminally ill patients the truth about their condition. One of the main reasons is fear.  The doctors talk about their own personal fear over breaking difficult news coupled with their concern of bringing even more fear to their patients.   The article went through a list of reasons why this was so difficult for the doctors but,  not surprisingly the same study said that cancer patients who were informed by their doctor of their true condition often did better than those who were not.   Most patients who knew their condition were better prepared to face the reality, as well as their families. It helped them make decisions they had been putting off.   Sure it didn’t remove all of people’s understandable fears, but the truth often helped mitigate it.    Reading through it, I couldn’t help flash back to one of Jerry Seinfeld’s stand up routines where he said that  “According to most studies, people’s number one fear is public speaking. Number two is death. Death is number two. Does that sound right? This means to the average person, if you go to a funeral, you’re better off in the casket than doing the eulogy.”

Hi everyone here’s my homily for the 12th SUNDAY IN ORDINARY TIME – JUNE 21, 2020.   Thanks so much for stopping by to read this and even more for sharing it on your Facebook, Twitter, Instagram and everywhere else people share social media posts and your feedback and comments! For the audio version you can get them at SOUNDCLOUD click HERE or from ITUNES as a podcast HERE. Thanks again… I hope you and yours experience all of God’s blessings today and always! In Christ – Father Jim

What are you afraid of?

After months of quarantine, after weeks of protest and unrest, no doubt there’s a pretty lengthy list of things that are wide spread and shared among many that can easily form a list at this point…  That’s piled on top of the things we carry in our own lives and families.  Maybe you’re not worried about COVID, but about that friend who’s dealing with a disease that’s far more known and can be far more dangerous.  Maybe your job status hasn’t been interrupted by the months of shutdown – but that’s not as much of a blessing as it might sound to other people.  I’m thinking of some police officers right now who feel more vulnerable and less supported and protected then ever before.   There’s no shortage of fears to contend with on a pretty regular basis.

Today’s scriptures providentially are really relatable for whatever fears are bubbling right beneath the surface for us.   In the first reading, the prophet Jeremiah wasn’t exactly thrilled about his calling by God to be a prophet. He knew that he was being sent with a message that the receivers weren’t all that interested in hearing. Jeremiah was sent to Israel just as they were on the brink of yet another national disaster. Their lack of attention to Jeremiah, and all the prophets before him, lead to their eventual conquest and captivity by the Babylonians. Time and again Jeremiah wanted to just pack it in and walk away because he knew that no one wanted to hear what he had to say. In fact he’s afraid to deliver the message because then, just as now, it’s very often the messenger who gets shot. He constantly had to work to overcome this fear.

In the gospel, Jesus warns the disciples to be wary of those who seek, not to destroy the body, but those who wish to destroy the soul. In other words, those who wish to crush our spirits, that part of ourselves that by it’s nature seeks union with God. Notice that Jesus pulls no punches here. Telling them that there is a sense of danger that goes along with being a disciple of Christ. For some, it required their very lives. But for Jesus that isn’t the most dangerous thing, nor is it the thing we should fear the most. The only thing he claims we should fear is (sorry, FDR, it’s not fear itself) but rather we should fear anything that would kill our desire for God and to be His disciple.

The trouble with those things that seek to destroy our souls or spirits is that very often, on the face of it, they don’t seem like something that we need to fear. In fact, the real danger lies in their being so innocent, so benign, so understandable that they don’t seem to pose any danger at all.

Last week I was speaking with a friend about their returning to Mass for the first time after months of quarantine.  Unlike here in our Archdiocese, there diocese had allowed upwards of a few hundred to come to Church and had a secondary site to watch Mass and receive communion – so all of the safety protocols that you could have imagined or anticipated were already in place.  When I asked him how it went on Monday he said “yeah I ended up not going.”  He could hear my surprise and he started going through a list of things “yeah, well you know they said that the obligation is still not in force and I’m nervous about going there just yet and I figure let me give it a few weeks…”  Maybe he got me on the wrong day but I said to him – “dude, you were at Home Depot last Friday, you’ve already booked an appointment for a hair cut. you keep checking for an update on when your gym is reopening – not for nothing, that’s b.s.”    We’ll see how he makes out this weekend.    Not to pick on him or anything like that, and I get the legitimate concerns and- coupled with so many leaders whether government or in the Church have fed into those fears as well – now we’ve allowed safety and precaution now to grip us from receiving the most nourishing thing we can receive for our souls, Jesus’ body and blood in the Eucharist… 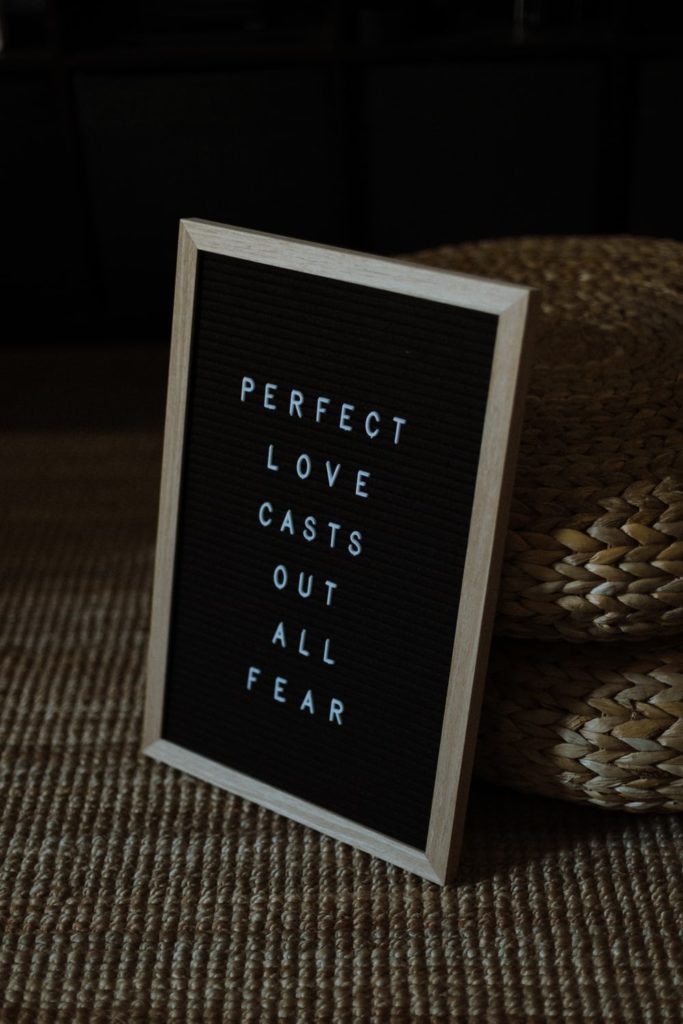 What are you afraid of?  Yes, we all have our own fears to deal with, the legitimate as well as the irrational. Being a true disciple doesn’t mean to pretend that we don’t have these emotions and feelings, or that they can often be formidable. So we’re not to deny those things but at the same time not to give into them.   To not let them inhibit us or limit us.  To not let them discourage us or cause us to lose sight of what really matters.  Which is why we have to hear again Jesus words in today’s Gospel confidently calling us to “Fear no one” -and beautifully reminding us that the same God who lovingly watched what happens to two sparrows is watching us, and that we are worth much more to Him.

Pope Benedict XVI once said A disciple of Christ is one who, in the experience of human weakness, has had the humility to ask for his help, has been healed by him and has set out following closely after him, becoming a witness of the power of his merciful love that is stronger than sin and death.”

My friends, we’re not to look for any health official, government leader or religious authority to be our source of strength.  We can’t expect others to eliminate our fears.  Jesus Christ is the only one who has come back from the dead. He alone has authority over heaven and earth.  May we look to Him, put our faith in Him to deal with any and all things that make us afraid.  May we be humble enough to trust that He can in fact do that.