Three things caught my attention this week – even though they’re not on my radar (I would much rather have preached on the evils of the Boston Red Sox that were revealed this week coupled with recent stories on the Houston Astros evils all of whom conspired against my beloved New York Yankees… but I’ll have to save that for another time…but I digress… ) The three things that caught my attention this week: Meghan Markle & Prince Harry, Oprah Winfrey and American Idol.

Welcome to my blog! This is my homily for January 19, 2020- the 2nd SUNDAY IN ORDINARY TIME . It means a great deal to hear from people, sharing how the Lord uses these reflections and the ability to share them online to speak to so many people all over the place! So thanks for your interest, for sharing this blog on your social media sites; and your feedback and comments! For the audio version you can get them at SOUNDCLOUD click HERE or from ITUNES as a podcast HERE. Thanks again – I hope you and yours experience all of God’s blessings today and always!  In Christ – Father Jim This week’s audio:

”
Why Americans who fought a war to free ourselves from English Royalty are still fascinated by it, I’ll never know…but whether you were interested in it or not there it was on the front pages of our newspapers and lead stories of news broadcasts. Less than two years after the Royal Wedding of Prince Harry and American Actress Megan Markle – it was revealed that the couple decided to step away from their royal duties – whatever they are – or in short they didn’t want to have senior roles in the Royal family.

On the other end of the spectrum, it’s hard to imagine an individual who has had more of an impact on American culture and society – if not on a global level then Oprah Winfrey. Oprah is a legendary television talk show host, accomplished actress, philanthropist, producer, media executive. So when she decided to open up about her romantic life this past week, that too made national headlines. Oprah talked about her relationship with Stedman Graham. They first met in the late 1980’s… dated and were subject to all the tabloid speculation of would they, should they get engaged to be married… which they finally did. They got engaged back in 1993 but never went through with the marriage. She explained: “I realized I didn’t actually want a marriage. I wanted to be asked. I wanted to know he felt I was worthy of being his missus, but I didn’t want the sacrifices, the compromises, the day-in-day-out commitment required to make a marriage work. My life with the show was my priority, and we both knew it.”

In between these “breaking stories,” commercials advertising the start of another season of the television program American Idol started popping up. Hard to believe the show has been on the air for the most part since 2002. The singing competition series where ordinary, regular people can audition and if they make the cut, end up on air performing, all with the hopes that they will secure enough viewers votes to make it to the next round – and ultimately winning it all.  It has been called “the most impactul show in the history of American television” – not only being a ratings success but launching the careers of tons of new stars who remain chart-topping successes long after they have been on the program. One interview from years ago featured a young woman who didn’t make it into the competition. The clip of her singing, sounded great to me… but the judges said they didn’t think she had a pop-star quality to endure. The young girl was shown weeping almost inconsolable with her mother devastated as she said with all sincerity – “I know this is what I was born to do.” 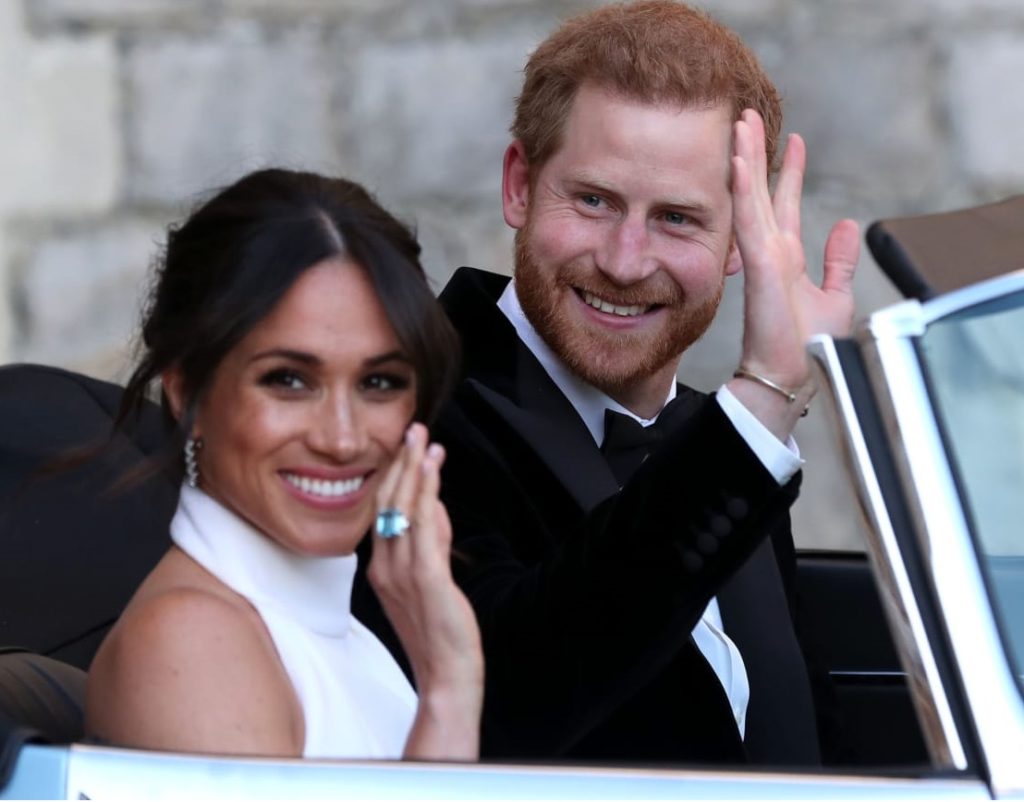 One thing links all of these stories. People are fascinated with Megan Markle and Prince Harry’s stepping down from senior roles in the Royal Family; people are interested in Oprah and Stedman’s decision not to get married while dating for over 25 years; people still tune into American idol and watch this on an annual basis- all in part- because they deal with questions of identity… who someone is… who they are not – which is something that every human being can relate to, and reflect on. Seeing these things in very public ways – one couple struggling to decide what they’re public and private lives encompasses and the expectations of their family… another couple sharing their decision to put their professional lives ahead of their personal ones … countless individuals trying to figure out “what was I born to do” these things tap into those universal searches for meaning, questions of purpose, understanding who we are, what is our identity.

That’s not a bad thing for us to revisit or reflect on… but it’s really important to know where to look for guidance on these things as we try to come to those important answers. Which is why it’s such a great thing that we are here today. Because our loving Father – God Himself who loved us into existence, is a good source to find those answers… I would argue, the only source for true answers…   He reveals some beautiful things in these scripture readings we just heard: The Lord is reminding us that He has created each and every one of us for a special purpose. Each and every one of us has a role to play. Each and every one of us God looks at and says “I NEED YOU TO DO SOMETHING PARTICULAR, SOMETHING SPECIFIC, SOMETHING ONLY YOU CAN FULFILL TO HELP BRING MY GRACE TO LIFE TO THIS WORLD.” In that first reading from Isaiah we hear this quote -(and just imagine yourself saying this): The Lord said to me You are my servant….through whom I will show my glory. Now the Lord has spoken who formed me as his servant from the womb.      Before we were born, while we were in our Mother’s wombs, God knew us – God Loved us – God had a plan for us. . Isaiah is reflecting on that, how God created him – and his example reminds us that is true for us as well. God created us with a specific role to play as well. And when we remain rooted in that vision that God has for our lives, like Isaiah we will hear God say that through us “I will show my glory!” People will see His light through us – a light that will reach the ends of the earth

Which is why we responded to that reading with the Psalm: “Here I am Lord I come to do your will.” That psalm affirms that the only way we will find joy and fulfillment in life is when we do what God created us to do – when we cooperate with HIS plan (not our plan) when we take all these passions, desires, talents we have and say “OK God, what do YOU want me to do with these great things?”

Which led into that second reading. Paul’s very brief excerpt from his letter to the Corinthians says that we have been sanctified in Christ Jesus called to be holy – which again tells us, that you and I are indeed special and unique in God’s eyes – that we each have a part to play in God’s creation… But he goes on and says that we are called to be holy with all those everywhere who call upon the name of the Lord. So Paul’s hitting us with the “don’t get a big head” warning. Yes we are called, yes we are special, yes we are unique – but so is everyone else (even some of those people we don’t particularly like) Yes God has called us to something – but we are apart of something bigger than ourselves as individuals. There’s one person who is the center of the universe (and no it’s not us) 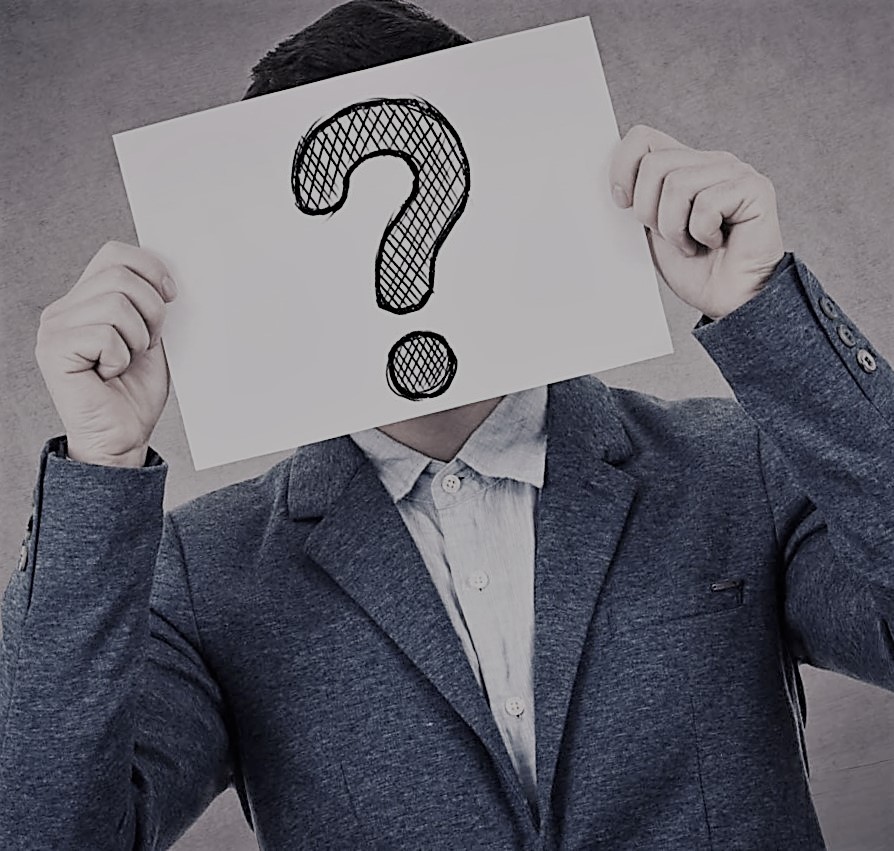 It’s hard to figure all of this out. With the daily responsibilities and challenges all of us face – family, friends, co-workers have all kinds of expectations. And there’s enough judgments being passed on how well we do that on a daily basis – whether it’s a grade in a class, an evaluation from the boss – a friend’s remark a family member’s comment – whatever.   We might not have the number of people evaluating and commenting on us as Megan Markle, Oprah Winfrey or have people judging and voting on us like any of the contestants from American Idol have – but our own circles around us can be just as difficult to navigate especially in the day to day, in the here and now.

Jesus is inviting us to something greater than all of those things that can weigh us down. He’s saying to us – You already are someone very, very special – My Father has made you with a unique fire, something that makes you different from anyone who has come before or will ever come again. All out of my father’s love for you. You have been loved… you are loved… you are meant to be in eternal union, eternal relationship, eternal love with Love Himself, with God Himself. That is who you are… that is your purpose… that is your identity. Jesus asks us -Will you help me share that good news with the world? Will you help my Church in proclaiming that message? Will you do what you were truly born to do?