Dear Sean Hannity:   I’m almost positive you won’t remember me. Twenty two years ago, while finishing studies for the priesthood, and working on my thesis: Catholicism and Mass Media – you were one of five individuals I was fortunate enough to interview on the topic. I had respected the fact that an individual, such as yourself, who had a high media profile was open about being raised in and continuing to practice your Catholic faith. Particularly knowing that being as opinionated as you are on the issues of the day – that the subject of your personal faith (which for any individual is a highly personal issue) would be another part of your life that was open to scrutiny, judgment and criticism.

Right before Christmas, it was hard to miss the headlines citing “Sean Hannity was no longer affiliated with the Catholic Church.” The stories stemmed from your interview with Ainsley Earhardt in which you opened up about your faith journey, and shared that due to too much institutionalized corruption that has not been rectified, you had left the Church.

I’m not writing to argue with you or condemn you for that decision. I have to believe that it was not an easy one or one that was taken lightly… and imagine it’s taken time even to share that publicly, knowing that would open you up to further critique and criticism.

But as a Catholic Priest, I am saddened by that decision. I’m saddened when that happens to anyone. I’m saddened seeing empty pews in the Church where I was first sent to as a newly ordained priest 20 years ago (where I continue to assist on the weekends) on Sundays.   I’m saddened when students that I’ve tried to be attentive, supportive too drift away, or leave the faith for another one altogether or, worse, for none at all. I’m saddened hearing of brother priests who’ve left the ministry in less time that they’ve been ordained then they were in their years of study in seminary.

I know there’s no single answer to any of the issues that causes people to leave… and I’ve learned well that I’m not the savior – I just work for Him. Ultimately this is Jesus’ Church. And so I shouldn’t personalize these failures and set backs. But too often, too many take that truth to mean that since its not my fault – it’s not my problem. Which I believe is the opposite, equally false conclusion any of us clergy should make. Yes the body of Christ incorporates men and women; lay people as well as religious and ordained clergy. But, Jesus has entrusted His Church to particular men He has called to follow the apostles into ordained leadership… and many of the issues and how they’ve been addressed (or not) falls into that group of the Church. 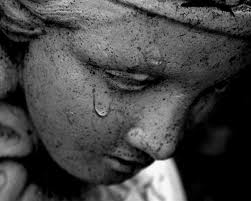 As one of Jesus’ priests, Sean, I wanted to reach out to you to express how sorry I am.

I am sorry that there hasn’t been the response that you and many others have been looking for from the leaders of the Church – whether on a local level from parish priests who have seemed to not care or where those in greater authority have seemed indifferent. Has anyone reached out to you from your local parish or in the Archdiocese in a meaningful way to personally to try to speak to your legitimate concerns? I almost hesitate asking…

I am sorry that the corruption has not been rooted out and confronted in a way that should have occurred decades ago – with transparency, with courage, with faith, hope and love.  Too often it’s been done in a public relations fashion with colorful logos and legally crafted talking points – or even more astonishingly, with arrogance and defensiveness. Neither of which aligns with the values Jesus expects of His followers.

And I am sorry for my own naivete on so many of these issues. When we first endured horrific stories of abuse, coverup, payouts back in 2002 – I didn’t believe, or couldn’t believe, or didn’t want to believe they were true… or if some of them were true, that it was a small number of horrible things that occurred which were now being overblown and amplified to justify other agendas that enemies of the Church held. I realize now how foolish and defensive those thoughts were and that the horrors of 2002 were only the tip of the iceburg.

I am sorry for these and many other things. I am sorry because I know that as the body of Christ, seeing, hearing, and knowing of many of it’s members who are hurt, suffering, disillusioned, that effects the entire body – we all are feeling the hurt, suffering and disillusionment. (1 Cor 12: 26-27) Whether or not everyone is ready to accept that truth or not is another question for another day.

But Sean, I want to share what keeps me connected and keeps me going. Having almost left the priesthood 14 years ago (where I was accepted and ready to begin training as a New York City Firefighter in Fall of 2006) the crisis of faith I experienced those years ago was something that stunned me. I would never had anticipated a few years earlier speaking with you as an idealistic transitional deacon on the way to the priesthood that I would ever had gotten to that point. Leading up to ordination my focus was on how the Catholic Church could be using mass-media more effectively as a way of evangelization. A few years after, seeing and hearing so many things contrary to the Gospel, contrary to our mission infuriated me. Particularly in those early years post 9/11, my heart and mind kept coming back to not wanting my life to be wasted (celebrating funeral masses for peers who perished in that terrorist attack will do that to a priest).   It was a perfect storm of spiritual and personal issues that had me making moves and decisions that a few years earlier would have been unthinkable.

My coming back to the priesthood was a journey of, on the surface, bizarre twists and turns that I could never have conceived of for myself. Its with humility and prayer that I am able to see the hand of God lovingly, gently guiding me back to a place where I saw my faith and my call to His priesthood was greater than any individual or scandal or situation that was at the time fueling my doubts and disillusionment. 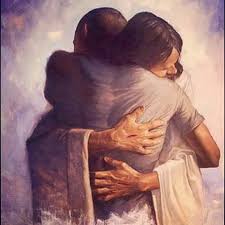 In short, Jesus’ life, death and resurrection matters. In the end, He is the only thing that matters. Which is why I take solace that you share that in spite of leaving the Church, you haven’t lost faith in Him.   I hope and pray that continues, because for too many people that’s not the case. Which will be another layer of all this scandal and corruption that many will have to answer for.

I never imagined I’d be grateful for that dark period of my life when I nearly left the priesthood as I have been the last year and a half. When it emerged in June 2018 that the man who had been a spiritual mentor, dare I say even a father figure to me, who ordained me as a priest, the now disgraced Theodore McCarrick had been found to have committed multiple atrocities and that many others covered that up for years – I felt an anger, a betrayal, a sickness in the pit of my being that is hard to express. I thought the sudden death of my Father in 2014 would be hard to equal in terms of emotionally devastating experiences, but in some ways this was worse. Because my Father believed in God and strove to live out that faith in his daily life… My dad did that by being a good, hard working, dedicated man… who was faithful and selfless to my Mother, my brothers and I. So as sad as I was at that sudden loss, I still had tremendous faith, hope and love in the midst of that dark night. I knew I could trust that my Dad was in God’s merciful and loving hands.

The desolation post-McCarrick was and is something different. These weren’t just horrible sins made by an individual or a number of individuals finally coming to light.   These weren’t just revelations of years and years of cover up and denials. What is obvious was that something incredibly unholy has taken up residency in what should be the most sacred of spaces… His Church here on earth. There’s far too much filth and a tolerance for that filth here. That this has distracted us and debilitated many of our efforts at our true mission: proclaiming the Gospel of Jesus Christ is just adding further insults to injury.   I still find it hard to recognize these realities. I’m certainly not going to defend them, deny them; pretend that they’re in our rear view mirror and all is well… Things are ugly right now and if I am looking or waiting for someone here to emerge that will somehow fix things, then I’m setting myself up for further disappointment and disillusionment. These multiple of human failures has been catastrophic.

But what I’m going to ask you to do is what I’m committed myself to doing. Staying rooted in Jesus Christ. Even if you feel distant from His Church, I hope you will find it in your heart to pray to Christ.  Pray for the much needed renewal of His Church and even more importantly for the ability to forgive those who’ve caused such harm. That second part is far more difficult than the first. It’s almost a given for any person of faith to see desolation and out of compassion to pray for somehow things to be “made new.” But in praying for the ability to forgive those who’ve caused such harm, we put ourselves on the line and “in the game.” By praying for the ability to forgive I’m not just asking, waiting or expecting Jesus to do something – but saying I want to be Jesus… I want to bring His love and mercy… I want to follow His example (and His command) I am open to how He wants to stretch and use me in ways that human instinct and my own sinfulness and selfishness don’t want to go or do.

I truly believe Sean that in that sincere, humble and difficult prayer, we move from horrified observers to the evil that has been revealed to active participants in Jesus Christ unleashing his healing, his love, his peace – not just in the Church, but in each one of our lives.