Bad breaks, painful experiences, hurtful situations are sadly a part of life – dwelling on them, constantly reliving them, being miserable – that’s a choice.

Depending on which internet site you use – who’s credited with variations of this truism changes. I don’t remember the exact phrasing or where I first heard it – but on this New Years Eve, it’s a thought that comes to mind

You see on New Years Eve, I like to do a self-reflection exercise where I kind of write a letter to myself and reflect on the year that is coming to an end and things that are on my mind and heart going into the new year. It’s something I’ve done now for over 5 years. The first couple of times it was kind of fun – almost like opening a time-capsule. Reading it I would remember things I was anxious about and recognizing how it was something that was over-blown in my head or how God helped resolve it. There would be things that I recognized that I could never had anticipate or predicted a year earlier and seeing how that came to define or alter the year. This personal project has been something that I look forward to each Christmas Season. Re-reading what is now over 12 pages, single spaced typing from the past half-decade New Years Eve thoughts, feelings, predictions even has been fascinating, humbling, prayerful.

As I was reflecting on the year that is ending though, thinking of different events and people that made my own reel of a Year in Review – there were more than a couple “lowlights” mixed with highlights. Things that I hadn’t even remembered right away. But just revisting things and memories would trigger another one – which would cause me to remember how I had learned that a friend had maligned me, an associate had misrepresented or spoken ill of me, someone that I trusted and confided in had abused that trust – those things came back to me as well.

Something I was personally working on this past year was “letting go” of those things. Not letting that rob my joy, steal my peace, put me in a bad mood. Which was a lot more challenging then I thought at first. Remember I’m Italian. Holding grudges is part of our DNA.

But the more I practiced it throughout the year, the easier it became. I know that I felt a better sense of joy and peace then I have in the past. I should point out – that doesn’t mean “happy” all the time. Joy is an awareness of God’s presence (which is something to be happy about) even when things aren’t necessarily happy. And peace not being the absence of conflict but a confidence that God is in control of everything even in the face of what is unsettled.

As the memories piled up in my year of review though, I found myself getting more than a little bit depressed. Which is why that variation of a quote above came to mind. 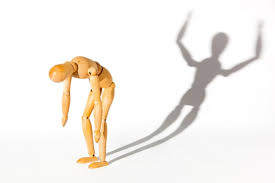 Yes they are a part of my story, my remembrances, my history for the year. I’m not supposed to pretend they didn’t happen or just pretend to force it out of my mind (which is more likely a way of denying those things). There were hurtful, painful things that happened. There were things that I wished didn’t happen that did. There were failures and set backs and trials that really hurt, angered, and disturbed me.

But if I just stay with those things – there’s no chance that I will remotely recall the infinite number of blessings that God showered down on me each and every day – whether it was the most underappreciated gift of life that I enjoy each and every second that we are breathing; to meeting someone who has taught me something new that has helped reshape my vision.

Sitting with those thoughts, it became a bit obvious that it was almost like being at a fork in the road where I could recognize the “funk” I was feeling was something that I could pretty quickly get out of. None of these painful things or experiences had just happened. Through God’s grace I had worked through them, over came them, and had felt I had moved on. Letting go of those “feeling memories” was a bit easier then I thought as I had wrestled with them all week.

Pope Benedict in a New Years Eve Homily back in 2012 said it is in the recollection of the conscience that God speaks to us, so that we can learn to evaluate truthfully our own actions and also the evil present within us and around us. In this way we are able to start out afresh on a journey of conversion that makes us wiser and better people, more capable of generating solidarity and communion and of overcoming evil with good. Christians are people of hope, even and above all when they face the darkness that often exists in the world and has nothing to do with God’s plan but is the result of the erroneous choices of human beings, for Christians know that the power of faith can move mountains (cf. Mt 17:20): The Lord can illuminate even the thickest darkness.