A couple of months ago, this foundation called “the United States Chamber Institute for Legal Reform” published their top 10 list of “most ridiculous lawsuits in the world.” They weren’t kidding… that was a pretty “spot on” description of the bizarre compilation.   The NY Post in reporting it, showed their hometown pride in pointing out that half of those cases came from the Empire State. Some examples included:  -A class action law suit against the manufacturers of “Kind Bars.” They were sued for putting what, the plaintiff alleges were “chemical sounding terms like ascorbic acid” in it’s products. (FYI – Ascorbic acid is another name for Vitamin C). -A customer from Buffalo is suing Canada Dry Ginger Ale because the soda doesn’t contain real ginger (even though the ingredients are listed right on the can). -A man from Albany going after Star Kist Tuna because they have the logo from the American Heart Association on their cans. He’s claiming that the logo fools customers into thinking that Star Kist tuna is healthier than other brands. -(and my personal favorite from the list) Tootsie Roll Industries are the defendants of a case where they are said to have cheated their customers. How? They short change the number of Junior mints that could be found in a box of the famous candy because the box is “half-filled with air.” The company pointed out that the number of mints is actually listed right on the box, and the Judge had dismissed the case saying she could not allow the suit to proceed and “enshrine into law an embarrassing level of mathematical illiteracy.” The plaintiffs disagree and have appealed that ruling.

Hi everyone. This is my homily for August 4, 2019 – 18th Sunday in Ordinary Time. The readings for today’s Mass can be found HERE Thanks as always for reading; sharing this blog on your social media sites; and your feedback and comments. I appreciate it. Have a good week – God Bless – Fr Jim. AUDIO – Also you can get the audios of the homilies from iTunes as a Podcast: https://itunes.apple.com/us/podcast/fr-jim-cherns-homilies/id1440618142?mt=2 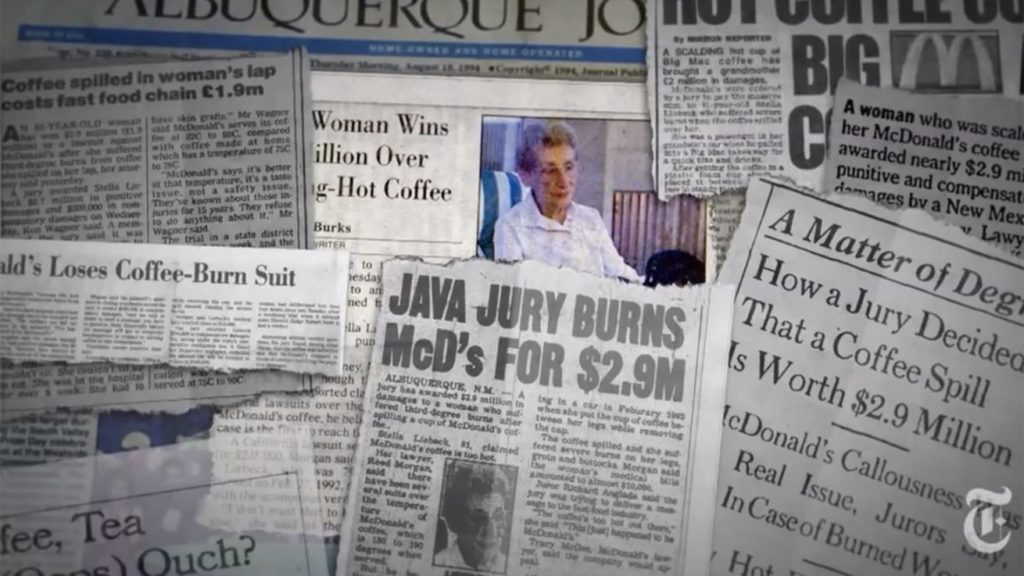 Looking at the list is a good laugh. If you’re as rabid a fan of Seinfeld as I am, you might remember the episode where Kramer spilled a cup of coffee and burned himself and so he sued the store. When Jerry pointed out that coffee is supposed to be hot – Kramer’s response was “not that hot.” But as one of the members of the institute pointed out in publishing the list of these real cases – these are actually serious things… Lawsuits are serious. And these frivolous examples are an incredible waste of time, energy and resources causing ever increasing taxes to go up to pay for an already overburdened court system.

Today’s Gospel hits us with the question – what are the frivolous things in our lives? What are we wasting time, energy and resources on? The things that even if we know on the surface are insignificant – not that big a deal – frivolous – the more we think about it, obsess about them – we see how it impacts our hearts, our souls, our relationships with one another and with God… Maybe it is something we’re pursuing that has us distracted from the people we love – Maybe it is something we want to possess that has us giving into temptations of envy or jealousy and causing us to be selfish and self-centered?

Throughout the Gospels, we have example after example – one amazing and beautiful story after another where people come to Jesus with tremendous needs:  -Major illnesses or disabilities that seem hopeless;   – Some public scandal or great sin that has them isolated and cut off from their family, friends and neighbors;   -tremendous hungers and thirsts (physically and spiritually) that there’s no clear way will ever be addressed…   Whatever it was that all these people were struggling with in these Gospel stories, they encounter Jesus Christ in their need and He works miracles, He generously pours out His mercy, His love, and brings a restoration, a healing, a fullness not only didn’t the recipient necessarily expect, they never could’ve have even conceived what it was they receive from Jesus – it was so much greater than they ever imagined.

So here this man in today’s Gospel has this opportunity to go to Jesus, to see Him face to face, to share what is his greatest need, his greatest desire.  What in his life needed healing?     What fears was he longing for relief from? What sadness and grief was weighing him down?     He had to have experienced some – if not all of those things – since he’s going to Jesus discussing an inheritance. Which means someone had to have died – specifically his parents. What he reveals isn’t the cries of someone in mourning…     He’s not anxious about the effect of this loss on him or the rest of the family.     He’s not even upset that there’s tension among those who remain left behind – these two brothers who should be there for each other in their grief – who instead have turned greedy and petty. 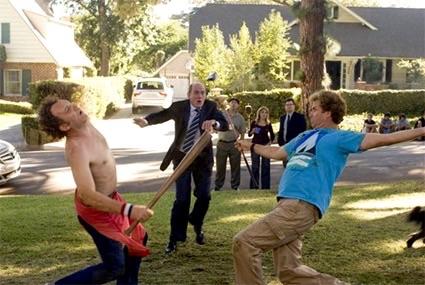 No he goes to Jesus to be his “Judge Judy.” He feels he’s gotten a raw deal as they divided up their parent’s estate and wants Jesus to weigh in. Perhaps he figures if the brother won’t listen to Jesus, that Jesus can call down some fire from the sky, some divine retribution and smite the brother.

Lovingly, Jesus speaks of the more pressing need this man has – to heal his very heavy, burdened heart – that has gotten into that condition because of his greed. His spending his time, energy and resources on this frivolous matter.   In reminding him that “one’s life does not consist of possessions” he’s calling him to remember what does… What were and are the examples of selfless, sacrificial love that he received from his family (that have been dismissed in this argument) which were only glimpses, imperfect examples of the lavish, perfect love God has for us? Where had he experienced that? When did he lose sight of that? Such a missed opportunity for him…

Jesus answers this brother – just as He answers all prayers. Whether the man actually heard that answer, was open to hearing that answer rather than feeling ticked off that Jesus didn’t do what he wanted him to do – we don’t know. But the Gospel presents a great opportunity for us to focus on our prayers… The last few Sunday’s the Gospels have been dealing a lot with prayer – how to pray – our posture, our attitude. And in all of them, Jesus keeps re-iterating the importance of being in relationship with the triune God – Father, Son and Holy Spirit. That it’s a relationship that is contemplative and active… That it’s personal and intimate.   And that He desires to be in dialogue with us. He wants that personal, intimate relationship – God is a Loving Father to His Children… God has become man in Jesus Christ, who lived and continues to live among us as we hear his words in scripture – and we receive His real body and real blood in the Eucharist. God is the Holy Spirit dwelling within us since our Baptisms constantly nudging us to pursue the greatness, the dignity of being God’s beloved sons and daughters.

When we sit with that and reflect on that – well first off – do we recognize that is our identity. That we are God’s beloved sons and daughters. That in Jesus Christ, we have a closeness with God that is meant to reshape every moment, every aspect of our lives. If that registers, hopefully that makes us look deeper and a bit more carefully on where do we find ourselves today? What is on our prayer lists? Is there something frivolous, or petty that I’m holding onto that’s blocking me, diminishing me…

Truth be told, I know I often find myself in frivolous stuff and not asking, not praying bigger prayers. There are times (more times than I care to admit) that I can be like the brother in this Gospel. I’m ticked off at someone or something and want God if not to smite the person, to at least help me level the playing field.   What I’ve found is that experience diminishes me, and limits God in my life. He’s not interested in entertaining me in my grievances and angers – he’s already told me I’m called to forgive as He has forgiven… so, yeah, there’s that. He’ll wait patiently – let me rant and rave (I’m Italian, it’s normal) – but eventually He’s just going to say “uh – is that it? Anything else you got in your heart or mind…”

When I stop that and say – Jesus help me to forgive. Jesus remove this bitterness from my heart… that I begin to see things more clearly.   When I marvel and honor God for who He is… When I recognize the history of goodness that the greatest love story ever written reveals in the Bible between God and humanity – and in all humility recognize that history has continued in my own life. I know that I would not be standing here today if not for miracles, transformations, healings, that He has generously poured out on me. Those were answers to some really intentional prayers – not necessarily by me – but for me – by some I know and many others remain unknown.

God wants to pour out in abundance his blessings upon all of us… He wants to cast out our deepest fears… He wants to heal our pains… He wants to break our addictions. He wants to demonstrate what a Loving Father He truly is – who wants what is best for us his beloved sons and daughters. But we won’t appreciate or fully experience that if we allow frivolous, petty, earthly things to distract us.   May we heed St. Paul’s advice today in that second reading and put to death all of those earthly things all those distractions from who we are called to be… who we are – a new self where Christ is our all in all.