Latest News
Home /Blog/WHAT ARE YOU LOOKING FOR?

“Why are Silicon Valley billionaires starving themselves?” writer Ruth Margolis asked in a recent edition of the news magazine “The Week.”   In this article, she describes how Jack Dosey, who as the founder and CEO of Twitter is one of the wealthiest people in our nation very surprisingly and publicly practices an extreme form of self-denial that she said left her “troubled and puzzled.”  Dorsey eats only one meal a day in the week – and then on weekends he completely fasts.  He starts his day, everyday, with an ice bath – and despite whatever the weather – walks the five miles from his home to his office.  Dorsey is one of a growing number of highly successful individuals who’ve embraced this Stoic lifestyle.  Margolis gives examples of these successful billionaires who exhibit very un-billionaire like behavior.  Some refuse to put on a winter coat as they say they are “surrendering to the earth” and learning to accept things as they are…  Others fast for weeks at a time.  She writes that most of these individuals have adopted these practices as a way of thriving in the extremely high-stress environments that they live in – or perhaps more accurately, environments that they’ve created.

HAPPY EASTER!!! This is my homily for APRIL 28, 2019 – SECOND SUNDAY OF EASTER (Feast of Divine Mercy). The readings for today’s Mass can be found HERE Thanks as always for reading; sharing this blog on your social media sites; and your feedback and comments. I appreciate it. Have a good week – God Bless – Fr Jim. AUDIO Also you can get the audios of the homilies from iTunes as a Podcast: https://itunes.apple.com/us/podcast/fr-jim-cherns-homilies/id1440618142?mt=2

It was a fascinating article, not only to hear of these high-power executives, entrepreneurs incorporating monkish behaviors into their competitive, driven, ambitious lives – but because the author of the article was so unmoved and critical about it.  She seemed particularly frustrated at Jack Dorsey as she went through a list of all that was wrong with Twitter – (most of which most of us would probably agree with) and likened these behaviors to a self-imposed penance for having created something that has “unleashed pretty bad things on the world…” She argued that this lifestyle is almost like a self-absolution where the billionaire could eventually say, “Yes, I may have invented Twitter but I walk to work and vacation at spiritual retreats that look like refugee camps.”  She observes that this philosophy has attracted many detractors, but she very snarkily ends if the negativity gets too much, at least he can come home and relax in a nice cold bath.

Whatever Jack Dorsey (and these other guys’ ) stated reasons for living this stoic lifestyle are, to me one thing stood out.  For some reason these people who seem to have everything they could ever want in the world – money, power, fame, influence – have come to recognize how those things are limited.   Whether it was fear, stress, anxiety… whether it was loneliness, self-doubt, lack of trust… whatever it was, something was obviously disturbing them so much that they realized all the money, the power, the fame and influence they had didn’t fulfill every desire in their hearts and souls or relieve what was troubling them.   Whether it’s a longing for absolute control and order in their lives, or if this author is correct that it’s an attempt to make up for something they’ve done that they feel a level of guilt about – these lifestyles are surprising.  You can’t help but wonder, what is it that they are looking for?

“What are you looking for?”  In the Gospel of John, that is the question.  The question that frames Jesus’ call to the disciples.  The first disciples after hearing sermons of repentance from John the Baptist – and recognizing there was something lacking in their world, in their lives listened as John pointed to Jesus as “the Son of God.” They start following Jesus imagining him as the Messiah, the one who was to come, and set things right in the world.    And He immediately asks them “What are you looking for?”  To which they really don’t answer him other than deflecting by asking Him a question “Where are you staying?”  And then Jesus invites them to come and see.

Had they answered, they probably wouldn’t have been that different from any other human being with very human desires.  They too were looking for money, power, fame, influence…  They were looking for the Messiah to come, the new King that would restore Israel and give them all those things.   If they were honest they were aware of their family history, they recognized how their ancestors hadn’t always been faithful to the covenant God had made with them.  So that’s why there was a call for repentance and a need for forgiveness as well.  But more than likely they saw those as things to get through so they could get to those things they imagined they really really wanted.

Even though Jesus pointedly tried to shift their expectations and understandings of what his Messiahship would be throughout His time with them, How he kept explicitly telling them what it was that God truly wanted His Kingdom to be like, they misunderstood him; or had selective hearing…  Maybe they even thought they only had to keeping nodding their heads as Jesus talked about those things, thinking that eventually he would get back to these other very earthly, very human desires that seem as tempting today as they must have seemed then.   How else do we explain that Jesus tells them exactly what will happen to Him; laying it out in graphic detail “the Son of Man is to be handed over to men and they will kill him, and three days after his death he will rise” (Mark 9:30) and in the next instant realize that they were arguing who was the greatest among themselves? 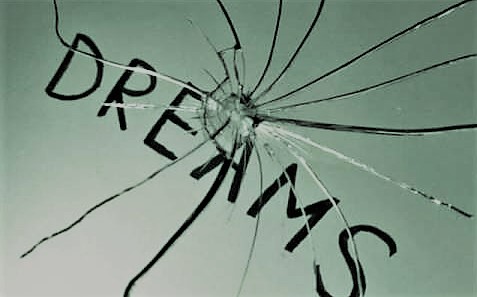 It’s important for us to keep that in mind as we think about tonight’s Gospel.   Because it helps put into context what type of emotional rollercoaster they had been on all of Holy Week. Palm Sunday they are imagining the moment had finally arrived.  And days later, the apostles had just seen Jesus betrayed by one of their own, Judas; be denied by Peter, the one Jesus had called “the rock on which he would build the Church” – and basically abandoned by the rest of them.  Their dreams and plans were gone.  There hopes evaporated.  And so as the Gospel begins tonight they are locked in the upper room once again – a place that is filled with fear; anger; disappointment at each other and themselves… a place of grief and sadness.

It is into that space that Jesus Christ, risen from the dead makes his first appearance to the disciples.  He steps into that locked upper room and begins to unlock their hearts and minds looking to impart, once again, His vision but in a new way that they could finally comprehend and understand His message, His teaching… His kingdom.   It all starts to make sense: that we are His followers; we experience the power of His life right here and now when we follow His radical call of self-less, sacrificial, love; when we receive and try to imitate his offering the unfathomable gift of forgiveness.  That’s how Easter changes the entire trajectory of their lives.  That’s how we find the answer to the question Jesus asks those whom He first meets- What are you looking for? – with his answer of “Peace.”

We probably find ourselves relating more to Thomas than we care to admit.  The cruelty of the world, the failures, the disappointments, the sins are all too real to us.  We imagine that if we could only get a fraction of the money, power, fame and influence of the most successful in the world that we would then, finally find the satisfaction, the comfort, the peace we desire.  And that’s why Easter is celebrated anew each and every year.  The Lord is constantly trying to break into the locked rooms of our world – the closed minds and hearts that have us locked in on those pursuits.  Jesus speaks to us as He did  to Thomas as He gently shows us the lengths and depths He has gone to for us… in His wounds dying to the things of this world and unlocking for us the way the truth and the life to ultimate fulfillment as He says- do not be unbelieving, but believe.

Thomas and the rest of them in that upper room were awe-struck and transformed.  They had found more than they could ever have imagined was with them the entire time they had followed Jesus and would now go about spending and offering their lives in testimony to the fact that Jesus was indeed the Christ, the Son of God.    They found their answer.  But, what are we still  looking for?  If we look to Jesus as our Lord and God, if we listen to Him calling us to follow Him now, then we too can find more than we could have ever imagined.  The peace that we and the world so desperately desires is ours.