It was the story everyone was talking about … whether they were following him or not… whether they were interested in what he was about or not… he had been written off and considered finished and just one Sunday changed everything. That Sunday, everyone seemed to be fascinated and intrigued, and they all celebrated the news with great joy and excitement announcing “HE’S BACK.”  Of course, I’m talking about Tiger Woods, the Golf Pro, who won his first Majors in 11 years last week when he won the Masters for the fifth time. That’s exactly how it was described on the front page of the NY Post—“HE’S BACK.”   I’ll be honest, I hate golf. I am not even a fan of mini-golf. So it’s not like I’m well-versed with the ins and outs of the sport, and I’m sure I’m not the only one who despite that still got drawn in and got to know about Tiger Woods, who has been an international story for some time now.

HAPPY EASTER!!! This is my homily for APRIL 21, 2019 – EASTER SUNDAY OF THE RESURRECTION OF THE LORD. The readings for today’s Mass can be found HERE Thanks as always for reading; sharing this blog on your social media sites; and your feedback and comments. I appreciate it. Have a good week – God Bless – Fr Jim. AUDIO Also you can get the audios of the homilies from iTunes as a Podcast: https://itunes.apple.com/us/podcast/fr-jim-cherns-homilies/id1440618142?mt=2 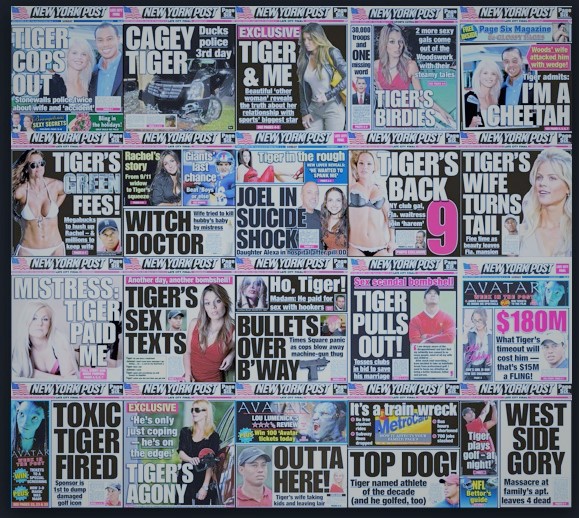 The now 43-year-old became a professional golfer at the young age of 20… and very quickly captured people’s fascination. How could this young man accomplish so many feats so quickly in his young sports career?   It seemed like he could do no wrong and was as close to perfection as people had ever seen. Sports writers speculated early on that he would be one of the greatest athletes of all time. But after numerous championships, accolades, and praises; big time endorsement deals, fame and all the trappings that go with being a celebrity, over the last decade, his reputation was tarnished, and diminished, after stories of affairs with different women came to light and were amplified in all forms of mass media. Then came Tiger Wood’s failures with drinking and driving. All of that led him to lose endorsement deals worth millions of dollars and he had to take a break from professional golfing. He very publicly tried to be contrite as he announced he was going into intensive therapy. But, by then, it was too late – his wife and he were divorced… he started to rebound professionally in golf, but not too long after, he started to experience physical injuries and had to undergo many surgeries. He struggled so much thatain just 2 years ago he told friends “I’m done”, and a few months later, this seemed to be the case as he was arrested for DUI again when police found him asleep in his car at 3:00 am in a traffic lane with his car running.

That’s why it was such big news to see him win the Masters last week—in a dramatic fashion! As the article following the headline screamed “HE’S BACK” opened with: Tiger roars again! Golfing great Tiger Woods improbable redemption years after scandal and injuries took what appeared to be an insurmountable toll on his reputation and game is now complete!

How and why this is a story that (even for those of us who aren’t golf fans) know and follow is because it’s more than just about sports or following celebrities out of curiosity. People are interested and are following it because, at the root of all this, it speaks to those universal desires—to be known, to be loved.

Who doesn’t want their hard work, their efforts to be rewarded, acknowledged, and celebrated? And at the same time, if we’re honest, who doesn’t know the demons, the temptations, the sins that we struggle with that seem to constantly undermine those pursuits? That’s why seeing someone like Woods go from one extreme to the other in a very public fashion captures the attention of even those who are not remotely interested in golf and there’s this widespread celebration that He’s back. Because we hope that what we do is acknowledged and appreciated. We hope that we too can make a comeback, somehow, someday when we feel life has kicked us down or we’ve tripped ourselves up and that’s why we’re down; and in spite of these circumstances, we will be known and loved too.

But the Good News is, my brothers and sisters, we already are! And that’s what Easter is all about.

Those first followers of Jesus – think about all of them… Men and women, fishermen, tax collectors; they had families, they had successes and failures, they had dreams and desires…. some had sinned greatly… some were in desperate need of healing… some felt rejected and isolated from the whole of humanity. Jesus comes to them… for all of them – no one is excluded. Throughout the Gospels, we hear stories of how they encounter Jesus Christ. In those years of his public ministry, He kept reaching out to them and telling them that they are known… that they are loved. Sometimes that meant miraculous healing. Sometimes that meant being told that their sins were forgiven and they could start over, start anew turning away from those sinful behaviors. In words and deeds, Jesus transformed their lives. This created a growing excitement, so much so that they entered into Jerusalem on Palm Sunday thinking now’s the moment – Jesus is coming to town… our Kingdom will be restored, the Messiah is here; they had all kinds of dreams and even greater anticipation of what Christ the King would be able to accomplish. 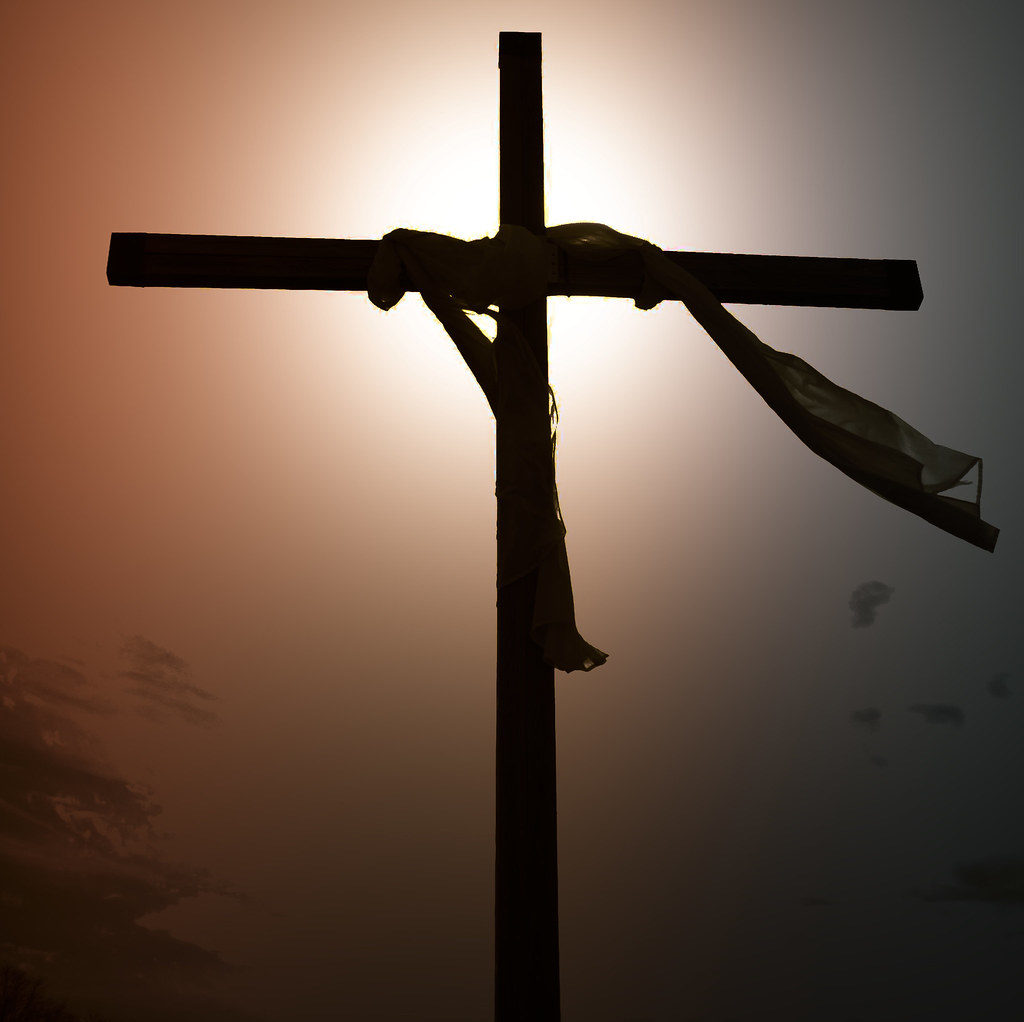 Within a matter of days, however, everything fell apart. Jesus was betrayed, denied, and abandoned; He was unjustly arrested, tortured, and killed on a Cross. You could hear the confusion, the disbelief, and the grief in the Gospel we just heard. The women go to the tomb looking to perform a sign of reverence and respect on the dead body of the one they had put all their hopes in, whom they saw crucified; but they found an empty tomb. The apostles heard this news and they too went to the tomb as they did not believe the women (“their story seemed like nonsense and they did not believe them”). And we read, Peter goes and sees the empty tomb and is amazed. We know the story – we say the words He’s Back again, but this time it has an even greater effect than last week. Because as great as last Sunday’s feat was in Tiger Woods’ life, as another chapter in his biography continues to be written, the reality is that there will come a day when he will no longer be able to play golf – either because of injury, self-inflicted wounds, or simply age catching up. His life in many respects is tied to the things of this world and is judged by it. For you and I as followers of the Risen Christ, we heard St. Paul tell us in the 2nd reading you were raised with Christ, seek what is above, where Christ is seated at the right hand of God. Think of what is above, not of what is on earth.

Jesus’ victory wasn’t about restoring Israel and settling scores with those who persecuted Him. It was about restoring us… our eternal, God-given identity.   In Jesus’ death and resurrection, which we shared in our Baptisms, we have become God’s beloved sons and daughters.   This means we have to look past simply wanting feedback or admiration for the things we do here in this world and live with an awareness of who God is calling us to be—the potential of who we are to become. This means we can’t grow lazy or comfortable with our sins, our experiences with failures and the setbacks – and lie to ourselves that is who we are. Especially when Jesus literally went to Hell and back to set us free from them. This means we are to look past the fears, the cynicism, the dark hopelessness we see all around the world, and know deep in our heart that the same God who raised Jesus from the dead wants to raise us out of all these things and wants us to experience and live the new life that Easter promises.

He’s Back – just as he promised… Jesus is risen from the Dead. And we share in that new life, as His brothers and sisters – renewing in the good news that we are indeed known and loved. May that joy resonate in our hearts and our lives today and always. Happy Easter!