Hi everyone, this is my homily for MARCH 24, 2019 – the 3rd SUNDAY OF LENT. The readings for today’s Mass can be found HERE Thanks as always for reading; sharing this blog on your social media sites; and your feedback and comments. I appreciate it. Have a good week – God Bless – Fr Jim. Audio: Also you can get the audios of the homilies from iTunes as a Podcast: https://itunes.apple.com/us/podcast/fr-jim-cherns-homilies/id1440618142?mt=2

If you were confused listening to that Gospel, it’s not your fault.   It started really kind of suddenly with those words “Some people told Jesus about the Galileans who’s blood Pilate had mingled with the blood of their sacrifices” followed quickly with Jesus sharing another story talking about “…18 people who were killed when the tower at Siloam fell on them” – it’s almost like we’ve been dropped in mid-conversation hearing people talking about what were in fact two horrific incidents that had all of Jerusalem talking 2,000 years ago. To give some context, the first story was about Pontius Pilate. Pilate, the same bad guy who we remind ourselves in the creed every week was the one who sentenced Jesus to be crucified – was pretty horrid outside that eternally remembered crime. What happened was some people were angry that Rome was using their temple funds for other building projects in the empire and began having protests, demonstrations, rallies about that…   Pilate had sent in soldiers disguised as protestors among the crowd and at the appointed signal, took clubs out and killed massive numbers of them. That was awful story #1. The other incident was a terrible construction accident that had caught people’s attention and was a headline at the time because 18 people were killed in the accident.

Why do bad things happen to good people? That’s what the “some people” coming to Jesus were getting at in telling him this story… That’s what some of us want to know as well.   We hear, read or know stories of a natural disaster, a criminal act, a debilitating illness or horrific tragedy- and in the face of human suffering and catastrophe, eventually we come to the question of Why?

A couple years ago, this horrible story caught my attention – a 78 year old woman named Tona Herndon’s, who’s husband of 60 years ago had recently died, went to the cemetery to visit her husbands grave. Vulnerable, grief stricken, she didn’t even see it coming: a robber waiting, stalking her. As she walked to her husbands grave this man jumps out, mugs her, steals her purse with $700 in it. Why? What did she do wrong? Trying to wrestle with the reality of death, and the grief that accompanies it is bad enough. But then to have something like this happen… it’s enough to make anyone question where is God – or even more is there a God? Because – the thinking goes – if He’s real, He’s sure got a weird way of taking care of his friends.

Which is what the people coming to Jesus were getting at.   Some people in Jesus’ time – probably some of those in this Gospel story – assumed or believed that – well obviously God hadn’t protected them from these calamities because they must have sinned. They must have done something in God’s eyes which resulted in him taking his eyes off of them. If you take anything from this Homily – If you only remember one thing, let it be this – NO – Jesus is VERY pretty clear to say how wrong this argument is.   Jesus expands that point by asking Do you think the people who suffered Pilate’s evil – do you think the people who died in the construction accident were bigger sinners than those who happened not to be at that demonstration or not on the construction scene the day of that accident?

Jesus is trying to break that mentality that believes God is doling out punishments and rewards – that somehow the bad things that happen, the good things that happen in this life are directly attributed to our sins or our good deeds.   We need that reminder today too. Cancer afflicts good and bad people. There are very innocent, holy people who are killed in an earthquake as well as some murderous criminals. And just because we’re at Mass today, doesn’t mean we’re going to ace that test, find that job or win the lotto tomorrow.

So we’re back to the question of “What’s the point then?” Does this mean that God doesn’t care? If he’s not going to take care of us when we’re good and get even with those who are bad, why relate to him.   Part of the problem is that we know in our own lives we sometimes are good, and sometimes not. We’re not perfect, and when we make bad choices, when we do evil things, when we choose to sin, our sin affects others. One temptation is to convince ourselves “well I’m not as bad as – – – (and we fill in the blank with people, or sins that we know of)”

But – My nasty gossip, or my bullying someone that causes unseen wounds that a person carries around for years later – that can destroy someone else’s self image can be pretty devastating to that person.   And our Heavenly Father cares intimately and personally for each and every one of us. So He’s concerned about that one person who is in the depths and pain of those wounds as much as someone killed in a shooting spree at the hands of a madman, or the poor widow Tona Herndon, attacked and mugged as she was as she’s going to visit her husbands grave. We won’t have satisfactory answers to the question of Why – why do we encounter these random evils – which are all apart of the broken ness of a world corrupted by sin. 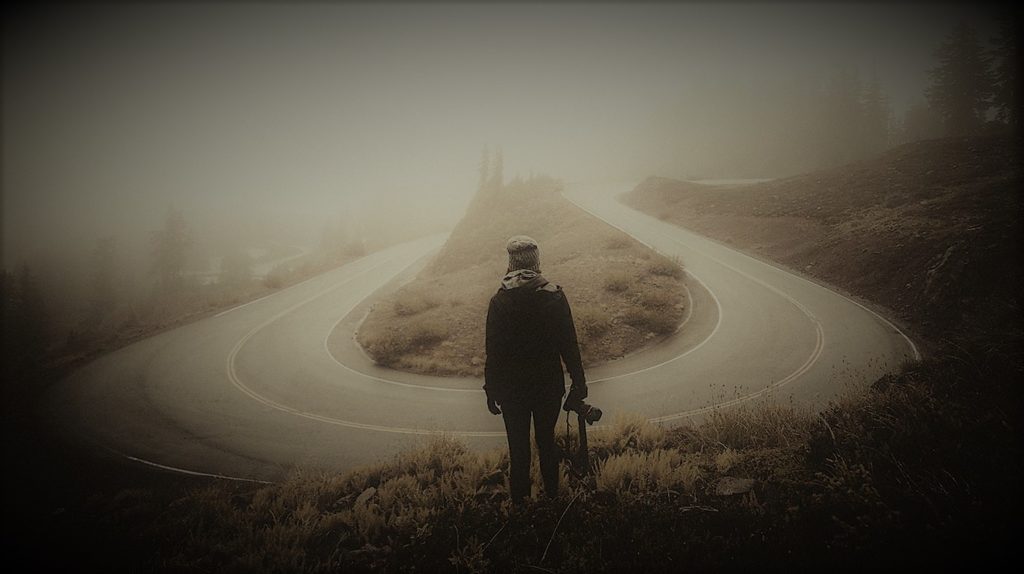 But Jesus uses the opportunity to say to us we can control our own personal disasters. Which is why God doesn’t dole out punishments on our sins in the day to day. He has given us this life – this moment to change.

In the first reading today, God reveals himself to Moses. He says that his name is “I AM”. That can sound sort of confusing. So another way of understanding the meaning of God’s name is I AM THE ONE WHO WILL ALWAYS BE THERE FOR YOU. The Jewish people’s history gives testimony to that. Yes, evil still happened to them – sometimes because of sinful, bad choices they had made, sometimes sinful bad choices made by others. But in all of that they kept coming back to this promise that God would lead them out of affliction, out of slavery into the promised land.   In Jesus, the God who has always been there for us comes a step closer — even MORE than a step… God becomes one of us –   dwells among us   — stays with us. And Jesus isn’t denying that bad, horrific things happen to good and bad people. But he’s clear that the evil isn’t coming from His Father and tells us how saddened by sin, saddened by evil God is that Jesus has come to save us from it.

So Jesus the Son comes to remind us we need to get things right ourselves. That’s what this season of Lent is all about – to repent of the evil we’ve done; to turn away from our sin, our bad choices and turn back to God.   Maybe we need to experience God’s love through going to confession, acknowledging our sins and experiencing the healing that comes from that reconciliation as God removes those places of darkness in ourselves so that his life and light can once again be reflected through us.

For Tona Herndon, the widow mugged at the cemetery, that happened in a very profound way which made this random horrible story so newsworthy and memorable for me. The criminal who had mugged the poor woman, thanks to Tona’s description, was arrested pretty quickly. The son of the robber, was a 15 year old boy named Christian, saw the story on the news, and recognized the mug shot being his father. His parents had divorced at a young age. His father had not been very present in his life – being in and out of prison over the years. There’s a lot of things Christian could’ve done. He could’ve ignored recognizing his father in the story (it’s not like anyone was asking Christian about it). He could’ve allowed the actions over his father’s abandoning him and hurting others to fuel his own anger. Instead what he did, was ask to meet Tona. He said to her that he believed on behalf of his family that he needed to apologize to her for what his father had done (saying if I didn’t apologize, who would) and then reached into his pocket and said that his father had recently given him $250 so that he could go on an upcoming band trip. He added I don’t know if it is yours, but I’d feel bad if I didn’t give it to you. The woman accepted the apology he didn’t have to give, the restitution the young man didn’t need to offer… and quite beautifully said “this is my money to do as I want” as she handed it back to Christian to go on the trip.

No… we won’t find satisfactory answers to the questions of human suffering. But, we’re reminded that God has given each of us whatever is needed to answer the call of becoming the solution to the problem.   Signs of God’s love are evident as we reach out and help one another amidst the worst of times becoming the hands and feet of Jesus.   Yes, Life is hard, there’s no doubt about that, but because of God’s love for us, He gave us Jesus to show us how to live and shine His light. So instead of asking Why do bad things happen – where is God? a better focus in life may be to ask the question “What does God want me to do about it?”