Hi everyone, this is my homily for FEBRUARY 10, 2019 – the 5th SUNDAY OF ORDINARY TIME. The readings for today’s Mass can be found HERE Thanks as always for reading; sharing this blog on your social media sites; and your feedback and comments. I appreciate it. Have a good week – God Bless – Fr Jim. Audio: .   Also you can get the audios of the homilies from iTunes as a Podcast: https://itunes.apple.com/us/podcast/fr-jim-cherns-homilies/id1440618142?mt=2

That line really gets to me.  It’s just heart breaking when you think about it… poor St. Peter.   St. Peter had been out fishing all night.  Or rather attempting to fish – since the scripture tells us he had caught nothing.  He has to be feeling, at a minimum, frustrated or anxious about what to do now after this failure.  All kinds of things weighing on his heart and mind:  how will he make ends meet, care for his family, take care of his business…   His confidence is down, maybe he’s beating himself up asking: what’s wrong with me, why aren’t I more successful?

Into all of this, Jesus comes upon him… Jesus was already someone Peter was listening to, and growing to respect.  But Jesus’ primary trade was a carpenter.  So now the carpenter tells the defeated, frustrated fisherman – go back out… lower your nets again.   Scripture only records Peter saying, a somewhat sanitized and polite  “Master, we have worked hard all night and caught nothing, but at your command, I will lower the nets.”  But you know in his mind and his heart he’s probably thinking “Jesus, you’re a great guy.  We love listening to you preach and teach… and all… but, uh, that’s exactly what we’ve been doing ALL NIGHT LONG – not sure how your carpenter skills or preaching skills somehow make you an expert in catching some elusive fish but – OK – you know what, we’ll do it again…”  (Maybe thinking “and when it doesn’t work, I can say Jesus, told you so…”)

And then the miracle happens.  The nets are full, they’re overwhelmed… this massive catch is enough to practically sink not just Peter’s boat, but the second one that they had to call in for an assist.    Rather than rejoicing, rather than being excited, ecstatic; instead – what happens, all of those fears, all those worries, all of those lies Peter was telling himself where he thought himself as a loser come to the surface.  Depart from me Lord, for I am a sinful man.

How many of us can relate to Peter?  How many of us have experienced failures or setbacks?  How many of those cause us to have insecurities or doubts about our abilities.  Maybe we’ve been told (and believed) lies about our worthiness.  When that happens, it can create a narrative that not only impacts our beliefs about who we are… it can limit what we do… and what God wants to do through us. 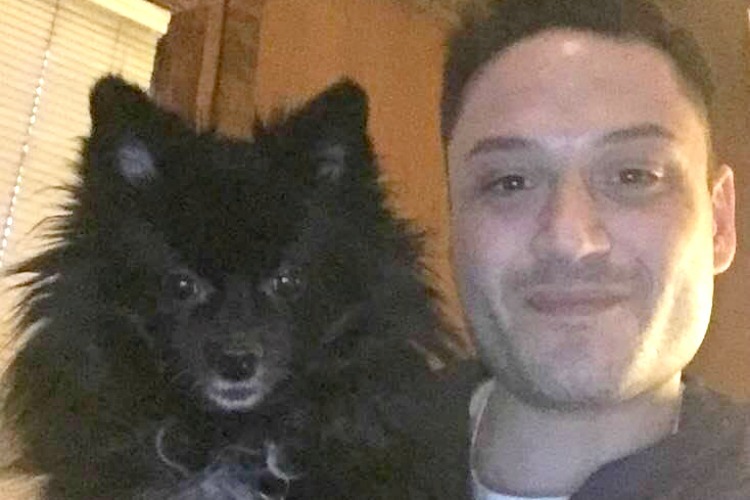 A couple of months ago, I read a story about a man by the name of Ari Mahler.  Ari is the son of a rabbi, who’s had to endure the evil of Anti-Semitism throughout his life.  It’s shocking to read that these kinds of vicious things happen. In high school, he saw drawings of his family being marched into gas chambers, swastikas drawn on his locker – even a appalling note shoved into his locker saying ‘Die Jew. Love, Hitler’.

Just reading those things, you wouldn’t blame Ari if he was fearful of others… particularly those who were hateful to Jews.  Or, if that caused him to shut down and isolate himself from the world.  But the reason we know that’s not the case was because of what happened a few months ago.  On October 27 a hate-filled killer by the name of Robert Bowers stormed into the Tree of Life Synagogue in Pittsburgh, started shooting at a congregation gathering for their Shabbat morning services killing 11 people and injuring another 7 individuals.

The horrific attack was ended when Bowers was shot by SWAT officers in a gun fight.  Bowers was rushed to a local hospital, and one of those who treated him and helped save his life was Ari Mahler, who is an Emergency Room nurse there.  As Bowers continued to rant and rave how he wanted all Jews to die, Ari says “I didn’t say a word to him about my religion.  I chose not to say anything to him the entire time.  I wanted him to feel compassion.  I chose to show him empathy.  I felt the best way to honor his victims was for a Jew to prove him wrong.”

How is that possible?  To be so courageous, so selfless in the face of such an inexplicable atrocity?  Ari explains that to him, “The meaning of life is to give meaning to life, and love is the ultimate force that connects all living beings.”   Ari’s example is awe inspiring and rightly it attracted world-wide attention, particularly when he explained himself in a heartfelt post on Facebook entitled I am the Jewish Nurse.  But so often when we are inspired by people who perform heroic acts, we can forget how hard this had to have been for him.  For Ari not to not allow the pains, the wounds that he suffered from the past; to not allow the lies and distortions that were thrown at him to prevent him from being so heroic.  Fortunately something in his life, his upbringing, his faith, his family was able to help him learn the importance of not giving into those destructive voices, to not allow those things to define him; to limit him; inhibit him from responding to his personal belief that love is the ultimate force that connects all living beings…

I think that’s what Jesus is trying to do for Peter in tonight’s Gospel.  As Christians, we know Jesus to be the Son of God; God’s Word made Flesh – the Word of God being at it’s very essence and core – Love.  When Jesus encounters Peter this day, and steps into Peter’s boat, this isn’t about dazzling the guys with a catch of fish.  That’s why that line Depart from me Lord, I am a sinful man is so gut wrenching.

Forget that, Peter can’t even imagine why Love incarnate wants anything to do with him.  Peter’s fixated on his failures, his sins. He’s allowing his doubts and fears hobble him.

But patiently… (very patiently if you read all the Gospels) Jesus will continue to work on Peter’s heart.  He will have to say to Peter over and over “Do not be afraid”… Jesus will continue to demonstrate selfless, sacrificial, love for Peter.  And Jesus does all that, because Jesus knows the potential for Peter is far greater than Peter is able to see for himself.  And what Peter learns is that as long as he keeps turning to Jesus, following Him, returning to Jesus when he fails and betrays him during the Passion, even when those doubts and fears resurface after the Resurrection – Jesus is who transforms Peter… it’s then that Peter is the rock on which the Church is established and that Church transforms countless billions of men and women in the centuries that follow.

We may not be called to be Ari Mahler or St. Peter.  But we are called.

We are called to be God’s Children.

We are called to be brothers and sisters in Christ.

We are called to respond to this eternal identity we were first given in our baptism that affects not just our lives, but has the potential to transform the Church and the world… both of which desperately need people to do just that.

But I think so many of us are like St. Peter.  We diminish ourselves at even the remotest thought that Jesus notices us, knows us, and wants us to do anything more than just getting here on Sunday.  We can’t imagine that you and I are needed, are necessary to continue to proclaim His good news of salvation to the world.

He does.  He wants to enter into our “boats” – our homes, our workplaces, our classrooms, our families…  He speaks His truths to us – that our sins don’t have to limit or define us (particularly since Jesus came precisely to save us from them – we are one confession away from whatever sin it is that we’ve been carrying being gone forever) Or that we can’t let a broken and fallen world judge and define us – each and everyone of us, as God’s children we are beautifully, wonderfully made and precious to Him.

Jesus in calling us to discipleship sees the potential within each and everyone of us.  Pope Benedict XVI once said “Man was created for greatness—for God himself; he was created to be filled by God. But his heart is too small for the greatness to which it is destined. It must be stretched.”   We are created for greatness… for God Himself.  Jesus is so in love with us, that He is relentlessly pursuing us.  Despite our impulse to think we’re not worthy, Jesus has told us that we are.  Despite our embarrassment and shame, Jesus tells us that He will never, ever depart from us.  Will we be humble enough to let Jesus stretch our hearts, trust those promises, leave those inhibitions behind and follow Him?