Latest News
Home /Blog/MARY (and Joseph) DID YOU KNOW?

Hi everyone, this is my homily for DECEMBER 30, 2018 – the FEAST OF THE HOLY FAMILY OF JESUS, MARY AND JOSEPH.  The readings for today’s Mass can be found HERE   Thanks as always for reading; sharing this blog on your social media sites; and your feedback and comments.  I appreciate it.  Have a good week – God Bless – Fr Jim

A couple of weeks ago, at a Christmas party, we had to go around and share what we thought were our least favorite Christmas carols.  I had a hard time deciding whether it was “I want a hippopotamus for Christmas” or “Dominic the Donkey.”   They’re both stupid to me for a variety of reasons – first off the Hippo – that little girl going on and on about that’s what she wants just sounds like a spoiled little brat to me – probably doesn’t have a clue what a Hippo wants or needs… how huge they are…  And Dominic the Donkey – just makes us Italians sound ridiculous Chickity Cheek indeed…   My other friend voted for “The little drummer boy” as his least favorite.  Being the Father of 4 kids, he was more looking at it from a parents perspective saying “yeah the last thing we want for a newborn is a percussionist banging on his drum waking the baby up” – while also being frustrated by the lyrics claiming “rump a pum pum” isn’t a thing.

But the most controversial selection came from my one friend on the song “Mary did you know.”    After doing an awful job imitating singing the song and getting the lyrics wrong, another friend piled on agreeing… pointing out that it sounds like Mary is under interrogation by a prosecutor – “Mary did you know this?  Mary did you know this?” “When did you know it and what did you do?”  as the song asks question after question – the buddy who had initially offered this as his least favorite said that as Catholic Christians – the whole song is kind of off the big payoff/conclusion to the song all builds to the question“Mary did you know that your son was God?”   And we kind of laughed recognizing that- Uh yeah, she did…   that was the whole thing when the angel visited her, asked her if she would become the Mother of God and she agreed… what we call the Annunciation.

We were being, obviously, hyper critical for comedic sake… but that particular discussion came to mind looking at today’s Gospel for this Feast of the Holy Family.  Because in fairness to the song writers, there is a good question there…  Something like Mary (and Joseph) – did you know how hard it was going to be God’s parent’s?    Lyrically that doesn’t fit the song, but… theologically, spiritually, I think everyone could get on board – and really wonder and reflect on it.  First off, Jesus is God – so He’s never wrong.  So there’s that.  Then there’s the reality that yes, we know that Mary was conceived without original sin, and that Joseph is a righteous man – but they’re still human beings.  And if studying and reflecting on the lives of saints tells us anything, that doesn’t make them perfect.  As we see in this Gospel.  We hear this story of Jesus getting lost in the temple.  Jesus was 12 years old.  This had been an annual event to go to Jerusalem for the Passover feast.  It had also been a long trip with a lot of people, family and friends all going together.  And what happens, not to cast blame, but, Joseph and Mary took their eyes off of Jesus.  They were distracted.

Maybe Mary and Joseph were having a couples squabble “what is with your relatives?  Next year, we’re not traveling to Jerusalem with that cousin of yours!”  Maybe in all of the confusion they were preoccupied with trivial things – “did we pack everything?  We’re going to be doing a lot of walking – are you sure you don’t want to get a new pair of sandals for the trip home?”  I’m trying to imagine Mary and Joseph as my parents so I can imagine similar questions being raised by Ma and Pa Chern.   Because it’s hard for us to imagine that Mary and Joseph might have fixated on those minor details, those ordinary, every day matters – and lost sight of the savior.  Lost sight of God’s son – their son.  That they would lose sight of Jesus.

Yet, here’s where we could probably relate the most to Mary and Joseph –  you and I know how easy it is for all of  us to do the same.   For example, many times we talk about, think about, pray about how we want to be peaceful, joyful people – yet when confronted by the reality that Christ is calling us to change and let go of a sinful habit; that Jesus is probing our hearts to forgive that relative  – we lose sight of Jesus.

Or, we might recognize a desire within ourselves to know God’s love in a real, personal, intimate way – yet somehow we allow the busyness of life, the obligations and responsibilities to eclipse that desire – and all of a sudden, not thinking that we’ve made a conscious decision to do so, the reality is – we lose sight of Jesus. 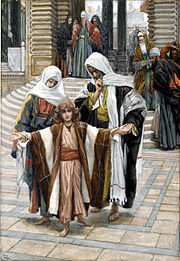 Mary and Joseph, the first two who lost sight of Jesus remind us of the most  important takeaway from this reflection: Jesus can always be found.    When they realize what has happened – Mary and Joseph did know what they needed to do – they drop everything they had, they left behind the crowd they were traveling with (even including people they loved) and turn around to go look for Jesus.  To go search for Him.

For them, (unlike us) it’s a time of great fear and panic as they spend three days looking.  Heartsick as they wonder would He ever be found.  When they finally come upon him, they find Him sitting in the temple amidst the teachers as they would be discussing Jesus’ (and our) Heavenly Father.  Again we can appreciate the relate-ability of Mary and Joseph.  The temple obviously wasn’t the first place they imagined they’d find him (since it took them 3 days to get there), and upon discovering him, they let Jesus know how upset they were.

“WHY HAVE YOU DONE THIS TO US?  Your father and I have been looking for you with great anxiety” – I’ve always taken comfort in this verse.  Mary did you know this was God – yes, we know that she did… thats what makes this question so profound.  Mary gets to ask God “Why have you done this to us” – even though in her heart, she knows that it’s really not Jesus’ fault.  Mary just gets to just let her humanness, and all her feelings be voiced in a way that so many of us can probably relate to.  Because who hasn’t asked Why God Why have you done this to us? at  times when it’s not really His fault, but our hearts don’t know who else to blow off our pain:  – when a loved one has died, or someone was diagnosed with an illness; or in countless other situations where we’re faced with trials, stresses, doubts and fears…

The boy Jesus speaks honest words telling who he is and what is most important most essential for him –  “I must be in my Father’s house.”  The boy Jesus is coming to a greater awareness of who He is as both God and Man as he would be coming to the age when in Judaism He would be considered a man.  So when he returns to Nazareth with his parent’s Joseph and Mary, he doesn’t leave his Father’s house.  Jesus knows that union between God the Father and Son will never be broken.  But in returning with Joseph and Mary Jesus’ earthly family, becomes a Holy Family in an even more deeper way then before these challenging days that Mary and Joseph experienced.  They are included in the Father’s house in a new and deeper way then before as they have God and Son Jesus return back to Nazareth, who humbles himself and remains  obedient to them.

For you and I, this feast asks us to consider, where is Jesus in our lives, in our families?  Has he been relegated to a minor place – someone we forget about in the ins and outs, the daily stresses, responsibilities, confusions?  Have we lost sight of him?  If we have, Joseph and Mary offer us their life witness and testimony that the only way we can achieve the peace the fulfillment and love we long for is if we drop everything, even leave the crowds we are traveling with and go search for him.    Mary and Joseph did know who Jesus was – their most precious son – born in miraculous of circumstances that they could never have forgotten.  They teach us that if our desire is to be included in the Father’s house now and for all eternity, that is only achievable if we never lose sight of Jesus. 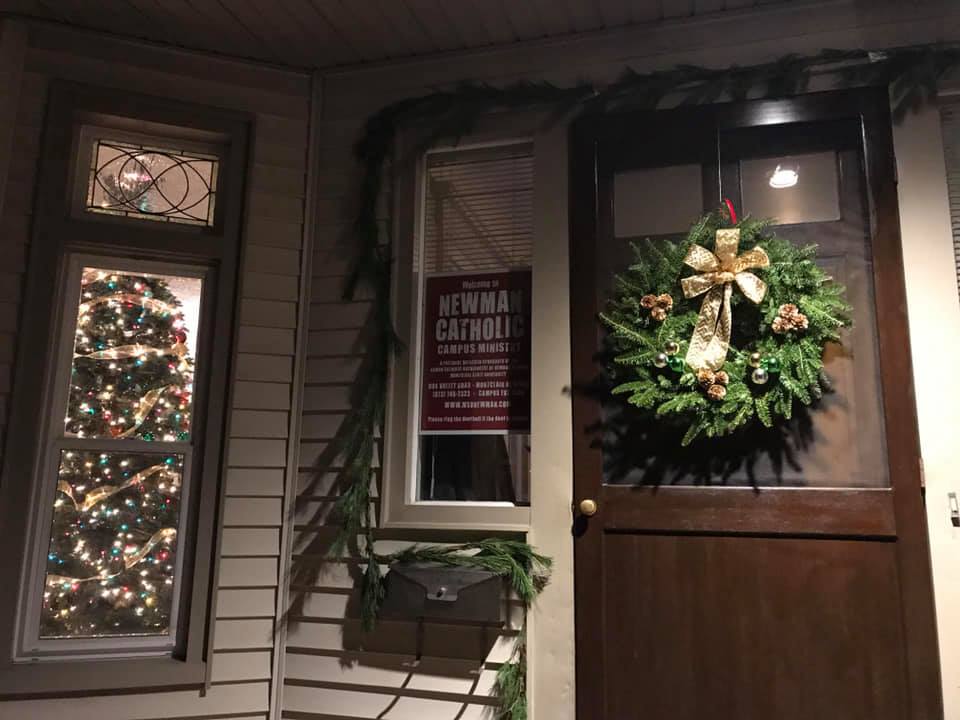 THANK YOU to everyone who has contributed this year to the NEWMAN CATHOLIC ANNUAL CHRISTMAS APPEAL!  It has been a record breaking year for us as we have exceeded our initial goal.  We’d appreciate your consideration and support as your continued support will only help us further!  – go to www.MSUNEWMAN.com/appeal for more details