Hi everyone, so this was a different homily I had written (and delivered at one of the three Masses I celebrated) for NOVEMBER 4, 2018 – the 31st SUNDAY IN ORDINARY TIME (the readings for today’s Mass can be found at http://usccb.org/bible/readings/110418.cfm)    Because the content seemed to “trigger” a few people in unintended ways, I decided to go with the other homily I posted on Sunday (entitled “Jesus take the wheel”) But I thought I’d share it hoping that people reading it might be able to thoughtfully consider the points rather than hearing one thing and shutting down.

Thanks as always for reading; sharing this blog on your social media sites; and your feedback and comments.  I appreciate it.  Have a good week – God Bless – Fr Jim

So Tuesday it will be all over:  “The most important election,” as different commentators on cable news outlets have been telling us for days, weeks, months – with on screen count down clocks till the very day to emphasize the importance.  Even for those who don’t want to pay much attention to politics or news – you can’t escape the reality that this Tuesday is election day.  Every other television commercial tells you how atrocious each candidate is who’s running for office.  Go onto Facebook or twitter – the ads follow you there.

It’s been said that things are worse now then they’ve ever been.  Historians might argue with that as they point out highly contentious campaigns throughout American history.   But maybe the difference is that, nowadays, with social media, things are amplified more then ever.  People can share even a casual opinion on something and that can attract a lot of reactions very quickly.   Political debates aren’t just something we tune into but are things that many people participate in very heated ways on a daily basis whenever they decide to log on.   Combine that with the sad fact that negative campaigning has been proven to be effective way of turning out some voters and depressing others – so more and more candidates utilize that as a way to manipulate voters in a way that’s favorable to them.  The result is that if things aren’t worse then they’ve ever been, it at least feels that way.  And has caused something that’s very worrisome: Division.

It seems that with each passing election, whoever does not end up winning, rather than coming together and working with the victors, they seem to treat it like a sporting event where the loser vows to exact revenge and come at the other side harder next time.  One commentator pleaded with people on a news site the other night:  The lesson for us today is that whoever wins the elections on Tuesday should not gloat, but should rather use the opportunity to reach out to the other side. The great challenges facing America — immigration, health care, and entitlements — cannot be resolved by one party alone. Likewise, whoever loses should not reject the outcome, but heed the message of the voters, and find a way to reach out to those who chose — this time — the other party.  That sounds good, and reasonable now – before any election results have been shared.  But that’s also much harder.  It involves humility on both sides, listening on both sides, charity on both sides.  Division is easier.  It’s easier to simply pick one side and demonize the other – and claim moral superiority in the process.  The number of stories about family and friends who no longer call themselves those things over election politics is downright frightening – and somewhat evil (one of the devil’s specific goals is to sow division, so, do the math)

I’ll be honest, I hesitated even bringing this up in a homily.  But the more I read this Gospel and reflected on it, the more it seems perfectly timed and suited for us to consider as we gear up for election day, and even more, for what comes after that.  Because what’s at the heart of this Gospel? 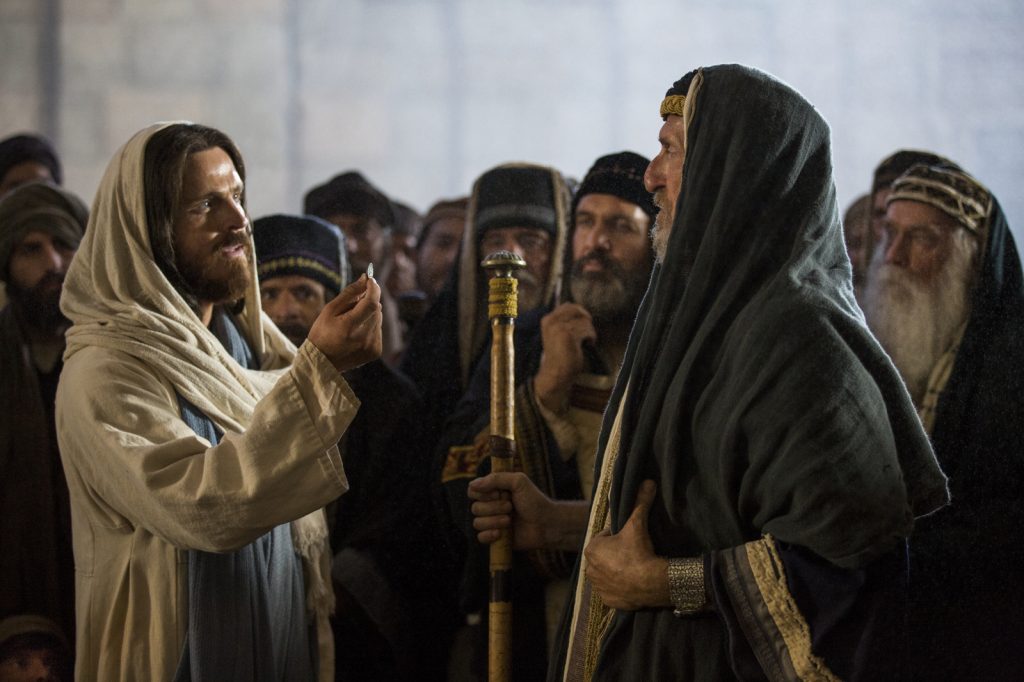 Jesus had been questioned by a number of scribes in the passages leading up to this encounter we just heard.  For the most part they weren’t sincerely interested in Jesus’ perspective, or His opinion on things.  They were looking to find areas of disagreement.  They were trying to take him down a peg with the crowds that were growing with each time Jesus preached.   They were trying to find ways to make him even more controversial.  See, negative campaigning has been around for a long, long time.    This passage is the last of these “questions” coming from “the experts.”

The guy asks “Which is the first of all the commandments?”  I used to think, so what is he asking what is Jesus’ favorite of the top 10?   Actually, it’s a bit more complicated.  One of the things that had defined the Jewish people was the covenant relationship they had with God.  So in this personal revelation with His Chosen People he had given them the Law as a way of staying in right relationship with Him.  The number of commandments and laws that people were to follow as part of their covenant had grown from the ten into hundreds.  Interpretations, debates raged over which was “the first” -or,  what was the most important.  How Jesus answered, what was his interpretation would’ve put him in a particular camp which would’ve also put him at odds with other camps.  So not only has negative campaigning been around – that mentality of “tribalism” where you are loyal to those who agree with you and ostracize those who disagree – was as well.

Jesus’ response is incredibly revolutionary to his listeners… Because he puts the Love of God on an equal pairing with the Love of neighbor.  A safe answer to this crowd would’ve been Love of God alone.  Because “love” could have left it somewhat general enough (and some could have argued that love of neighbors falls in that anyway)  But by Jesus equating love of neighbor, He’s telling them that the mere adherence to the letter of the law wasn’t enough… He was commanding them to start living in loving ways.  He’s telling them that their love of the one true God alone is only validated, only affirmed, only actualized when we actually go out and love others. 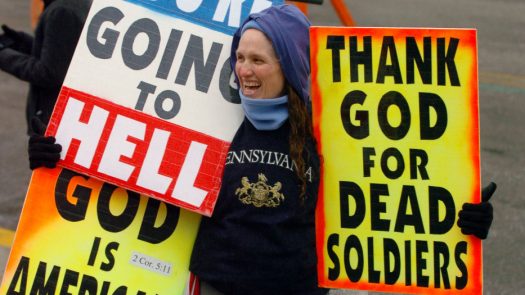 That’s why this response is still revolutionary, still important for us to think about and is probably the only way to truly heal the division we see in our nation.  Because if we only focus on “Loving God,” that is what gives life to extremism, radicalism….  That’s how you have terrorists driving planes into buildings in the name of “religion”   That’s how you have people calling themselves Christian and holding up signs saying “God Hates” and then insert a group of people who they have written off as sinners… Their pursuit of God leaves no room for the weaknesses, the brokenness of humanity…   Even outside those extreme examples though, if we focus simply on “Loving God” eventually that leads to a place of moral superiority where we simply believe we’re right and the rest of the world is wrong, and in the process forget to recognize our own faults, weakness and failures – our need for Jesus and His salvation.

Jesus putting Love of God and Neighbor on an equal pairing annihilates those extremes, and puts things into right order and balance.  Yes, our Love for God, calls us to turn away from sin and to do all that we can to eliminate sinful behaviors around us – but we have to do that in an encouraging way, recognizing our own failures and our own to work together as brothers and sisters in avoiding temptation.  And, yes, our Love for one another, means that we are called to be our brothers and sisters keeper – but not at the expense of recognizing who it is that made us brothers and sisters, and having reverence for Him and the Laws that he has given us.

When we recognize the deep, complex call that Jesus puts out to us, and pray with all of this – then our Catholic Christian faith helps to form our hearts, minds and souls – to really think about making the best decisions both personally and collectively.  So this isn’t about telling anyone how to vote.  That’s not my business and it infuriates me seeing other clergy manipulate religious beliefs on both sides to suit their purposes as they do that.    Yes we have civic responsibilities that we need to take seriously.  But it’s bigger than that.  Love of neighbor – which Jesus has already taught us aren’t just the people next door that I like or the people who agree with the same positions I do… in fact, our neighbor is that politician we can’t stand, those supporters I’m on the opposite side of.  Instead of desiring to “beat” them in an election, Jesus is asking us, do we want them to get into heaven which is the ultimate good that we should all be focused on?  Jesus call to love God and love our neighbor demands greater thought and action.   Which is something that transcends this and every campaign.