Hi everyone, this is my homily for OCTOBER 21, 2018 – the 29th SUNDAY IN ORDINARY TIME.  The readings for today’s Mass can be found at http://usccb.org/bible/readings/102118.cfm  Thanks as always for reading; sharing this blog on your social media sites; and your feedback and comments.  I appreciate it.  Have a good week – God Bless – Fr Jim

Listening to this Gospel, what do you think was Jesus’ state of mind?  How was He feeling?  We know that there are times in the Gospels when Jesus was angry, and was frustrated.  Like the time when Jesus sees the temple being overrun with moneychangers and ends up over turning the tables over and scattering people.  He was definitely running hot that day.  But other times, you don’t really know – the scriptures don’t really say.  So in this Gospel we just heard, St. Mark doesn’t give us a lot of extra details – he tells this story about the two sons James and John who make the ultimate of power plays.  They ask Jesus to sit on his right and on his left when Jesus enters His glory.  And we hear the gentle correction he offers and the lengthier discussion to the other 10 who were now aggravated that these two have beaten them to the punch in trying to get to the top 2 seeds.  (I wonder if James and John had worked it out who was on the right and who was on the left)   So they’re all angry – that’s pretty clear.  But we don’t know how Jesus felt.

To add some context, this whole scene happened when Jesus has told the 12, for now the third time that He is heading to Jerusalem – that His passion and His death await Him there. And this was their response.   Jesus – sorry to hear about all that stuff, can we fast forward though, after that, can we be your right and left hand men???  I wonder if Jesus was angry – or frustrated?  Maybe He was disappointed.  Or maybe, He just felt alone.  As if they weren’t really listening or paying attention to Him at all.   Here he had spent years with these guys.  These were his closest confidants – the men He had picked to be the ones to bring the Gospel to the ends of the earth – and as He’s trying to prepare them for what will be his most painful, physical sufferings which he lovingly offers as not only an act of salvation – canceling out the punishment our sins deserve, but as an example of how others who come in His name are to act, by being selfless and self-giving.  And  these 12 are thinking about power and glory, and positions of honor.  Jesus must have felt some deep sense of loneliness by it all. 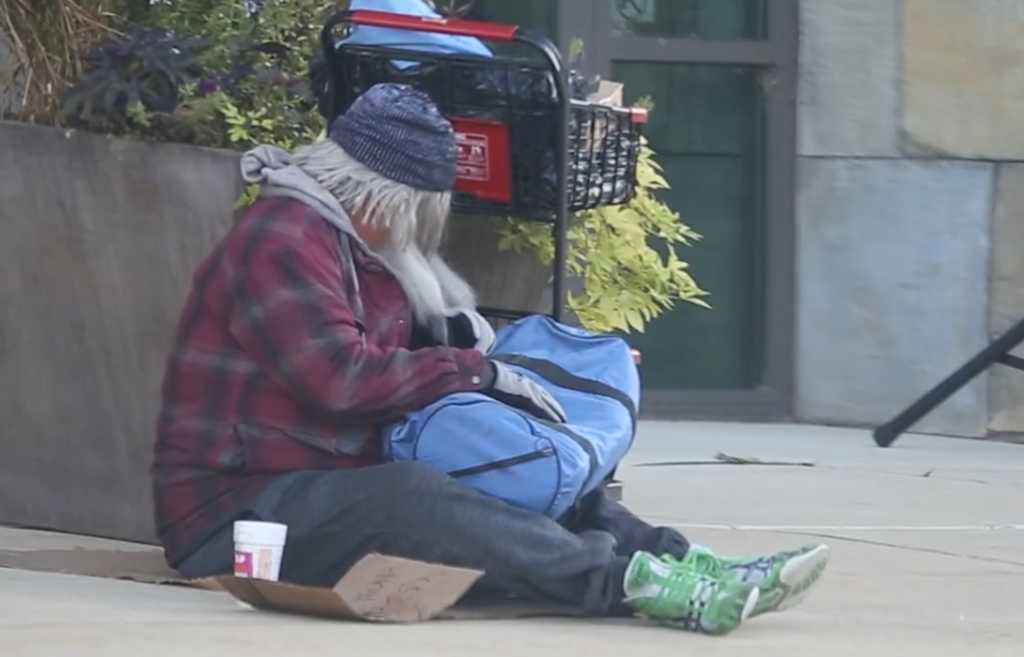 It reminded me of a story that this pastor in Illinois shared this past week.  He had founded and leads what are called “Mega-Churches” in the Chicago area and a few weeks ago he decided to pose as a homeless person literally laying outside the doors of one of the locations of their Churches  – wearing layers of clothes, a hoodie, and growing a mangy, grey beard, with a shopping cart next to him filled with what would appear to be his life belongings.  On a recent Sunday he walked into the Church’s sanctuary in his undercover guise, pushing the shopping cart in front of him and removed all the layers and beard in front of the congregation revealing his true identity – as he broke down in tears saying he couldn’t believe how he was treated by some of the people in his Church.  He then showed video of people that would walk in the other direction, pretend not to see him as they reached for the door, practically stepping over him, with their bibles in hand as they entered into the Church themselves.  Seeing that, you get the sense that once again, Jesus experiences deep loneliness.

It’s interesting, because that too is something so many people are suffering from and experiencing.  There’s been a bunch of stories recently naming loneliness as the next biggest health crisis in the United States – at a time where Americans are richer, more informed and more “connected” then ever… people are reporting feeling unhappier, more isolated and less fulfilled.

Jesus’ consistently tells us not just in this passage but through all the Gospels:  There is one sure way not only to address His loneliness, but ours as well.  And it’s to embrace the Cross.  To follow His example of selfless, sacrificial love.  When we stop looking for a short-cut for quick fame, more likes and retweets and serve one another, especially those in most need, we respond to Jesus’ loneliness in the suffering of those around us and miraculously heal ours as well.

Thinking back to that experiment that Pastor attempted, we know and probably share some of the same excuses that so many others probably told themselves that day – they were scared, they donate to organizations or the Church themselves to take care of situations like this; they didn’t know if the man wanted to be left alone or it could be dangerous.  But the image of them going into Church while practically stepping over the guy was breathtaking.   And not in a self-righteous way to think that we would all do a lot better.  Yes it’s true, the Catholic Church and countless saints have poured out their lives to serve the poor.  But this isn’t about them.  It’s about each of us.  And not in a hypothetical situation like – if that was us, what would we do…  But rather as Jesus speaks these words to us, about his suffering, passion and death …  how he connects that to this call to service – that we are great when we serve other who are suffering too – what does that do in our hearts?   Because it’s not a matter of just being captured on a video doing “the right thing” – but rather do we have, do we desire to have His servants heart.

St Teresa of Avila is said to have offered this prayer:

Christ has no body now on earth but yours,

No hands, no feet on earth but yours,

Yours are the eyes with which he looks compassion on this world,

Yours are the feet with which he walks to do good,

Yours are the hands, with which he blesses all the world.

Yours are the eyes, you are his body.

Christ has no body now on earth but yours.