Hi everyone, this is my homily for SEPTEMBER 30, 2018 – the 26th SUNDAY IN ORDINARY TIME.  The readings for today’s Mass can be found at http://usccb.org/bible/readings/093018.cfm  Thanks as always for reading; sharing this blog on your social media sites; and your feedback and comments.  I appreciate it.  Have a good week – God Bless – Fr Jim Chern

HOMILY:
Some of you know that I’m a part-time co-host on Sirius-XM Satellite Radio’s “The Catholic Guy Show” every Thursday and Friday. It’s hard to describe what the show is. The host, Lino Rulli, likes to describe it as somewhere in between David Letterman, Howard Stern – but Catholic. All I can say is it’s funny. Over 11 years ago, I started listening to it, called in to make fun of Lino about something, who turned it around on me – then he invited me to come in (where he made fun of me about several things), started going on every couple of weeks, we became friends – and the rest is history. One bit that he likes to do to me somewhat regularly is this bit called “Homily on the Spot” where he just without warning or preparation surprises me with the Gospel for the coming Sunday and say “so Fr Jim what’s your homily on this.”

He did that on Thursday with this Gospel passage, and to be honest I really was incoherent. Some might argue that’s nothing new. But seriously, when this line from the Gospel came up “whoever causes one of these little ones who believe in me to sin, it would be better for him if a great millstone were put around his neck and he were thrown into the sea” – that’s all I could think about. My mind immediately went to the clergy sex abuse scandal and the cover up of those scandals which you may have heard me talk about over the last few weeks – and if you go back and look at my homilies online, you will see that’s actually been something that has been on my mind and in my homilies for the last few months. When this latest round of atrocities first came to light – beginning with the Archbishop who ordained me a priest being revealed as – [have to be careful in my description here] – as someone who has done horrible things to young people (including children of people he was close friends with); to seminarians who wanted to be priests… that was hard enough to wrap my head around, and put me in a very sad, and angry place. Follow that up with the horrific story from Pennsylvania where decades of abuse by hundreds of priests to thousands of victims – just devastated me and unleashed rage again.

So you might understand why my gut reaction reading the scriptures with all that anger is that there’s probably not enough rock out there for the millstones we need. There’s a lot of people angry about this. You can find stories, blog posts, commentaries from religious sites all pointing fingers at one another as to the cause and reason for all of this. I have to admit to getting sucked into that debate as I keep reading them and getting upset or frustrated. We want an answer. We want someone to blame. We want there to be a reason. We want someone to pay.  That’s what happens when we’re angry… 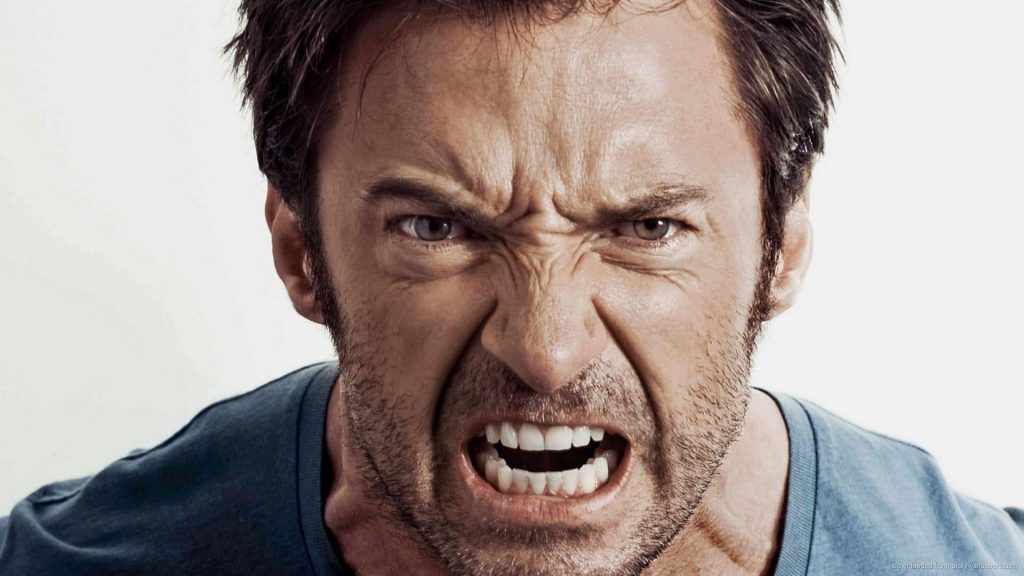 Maybe it’s not the Church that’s got you fired up tonight – just googling “what makes people angry” and they can give you an updated list that includes everything from politicians in our own country (pick which party, or both if you like) to international headlines (One read Why are Ugandan youth so angry?) – to even the announcement of the creation of mac and cheese candy canes which reportedly has people very angry…  Spend 5 minutes on twitter and you’ll find a few.  There’s more than enough nominees that can anger people.

Maybe your issue is much more personal or closer to home… Something with your family. Difficulty at work or in class. Drama with your friends or roommates.

Whatever the issue might be, if you’re like me, coming into Mass with something that you’re really ticked off with, there’s a temptation to hear this scripture and kind of get distracted by that one line from Jesus about these millstones. Feeling kind of emboldened thinking – I knew Jesus would be on my side… that he understands why these people are so awful… Here’s your millstone – hope you drown.

It’s hard to preach when you’re angry though. And the more I read and prayed with this, I recognized that’s not the entirety of this Gospel. Yes, Jesus is pretty clear about leaders who lead people astray. Jesus has come to save humanity – all humanity – you and I – from Sin and Death. So people who mess that up, whose horrible example, whose scandalous wretched behavior; whose terrible witness – whether we’re looking at a priest, a politician, a professor – or a family member – rightly catches Jesus attention… and will be dealt accordingly by Him… Hence His warning – which as a priest, I do take especially to heart.

Which is why it’s important for me and all of us to recognize that Jesus doesn’t just stay zeroed in on that. Which probably frustrates us. I mean, on a very human level, wouldn’t it be just great for us to hear Jesus say that the leaders who have failed us – who have hurt us, angered us, that we can pluck out their eyes, cut off their hands, or feet.  Maybe that’s just me – I am Italian after all.

But that’s not what He says. He says the exact opposite. He directs that towards us. If your hand, If your foot, If your eye causes you to sin… Jesus wants us to focus on our evil intentions, our hateful thoughts, our disordered actions. And he’s using these dramatic examples to catch his listeners attention. He’s not literally advocating we mutilate ourselves to avoid sin. Because in reality, when we think about it the hand, the foot, the eye can’t cause us to sin.

Sin is a decision, a choice we make in our hearts – to misuse or to get our priorities out of wack on things. And we see that happens every time:
-We choose selfishness over selflessness [Pride]
-When I’m filled with sorrow that someone is doing well rather than appreciating the good that God has done for them (and me) [Envy]
-When I give into that unreasonable desire for vengeance rather than actively interrupt that feeling and try to mend a relationship [Anger]
-When I don’t even try to go deeper in my relationship with God, just coast along rather than seeing myself as being made, created and called to a divinely charged purpose. [Sloth]
-When I pursue riches rather than looking to give generously [Greed]
-When I overindulge in food or drink instead of self discipline [Gluttony]
-When I treat another person simply as a means for my physical pleasure instead of recognizing that each and everyone of us is created in the image of God and by that has dignity. [Lust]

(yep… those were the 7 deadly sins for those wondering) Those are all decisions made in our hearts.  Those choices affect us, those around us, and the Body of Christ as a whole. 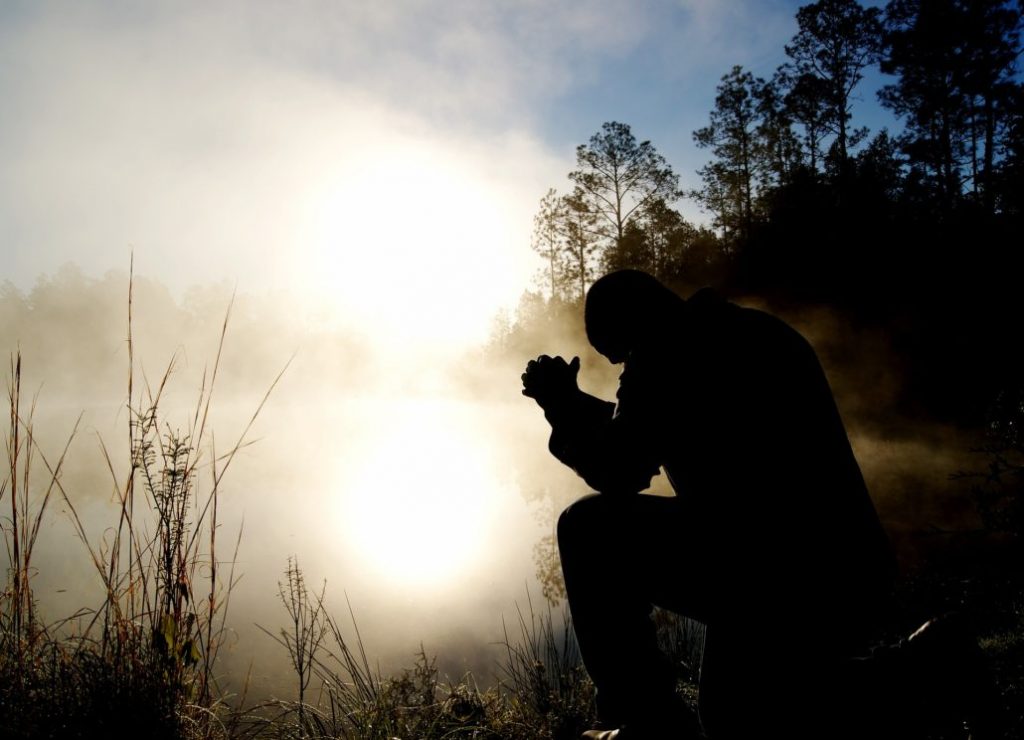 If there’s one good thing we can learn from the failures of our leaders is that our sins effect each other. And while we can’t control the leaders who have failed so spectacularly, we can and in fact must strive to control ourselves, make better choices ourselves for ourselves and each other.

Saint Philip Neri once said: “Our enemy, the devil, who fights with us in order to vanquish us, seeks to disunite us in our houses, and to breed quarrels, dislikes, contests and rivalries because while we are fighting with each other, he comes and conquers us and makes us more securely his own.” That’s what the evil one wants to do… not just get us to commit sins, but to cause us and everyone around us to feel the horrible ripples, the effects of every evil choice that is made.

More importantly though, Jesus challenges us that when we work to excise evil from my life; when I do choose virtue over sin, the angers we harbor melt away; the animosity begins to cease; we start to see each other as brothers and sisters… and then we start to become the Body of Christ