Latest News
Home /Blog/BEFORE AND AFTER

Hi everyone, this is my homily for SEPTEMBER 16, 2018 – the 24th SUNDAY IN ORDINARY TIME given at Montclair State University.  The readings for today’s Mass can be found at http://usccb.org/bible/readings/091618.cfm  Thanks as always for reading; sharing this blog on your social media sites; and your feedback and comments.  I appreciate it.  Have a good week – God Bless – Fr Jim Chern

HOMILY:
Probably the worst thing for someone, like me, who has ADD is Twitter…  Well there’s probably a lot of reasons we can discuss that Twitter is bad for everyone – with or without ADD – but, let me keep focused.  One of the reasons it’s so bad for me is how quickly I will click links that take me to stories that infuriate me, that make me feel stupid that I clicked it in the first place (click bait stories like “You’ll never believe what this actor from Seinfeld did when they were in high school” – and you find out it’s some character who was one episode and the big reveal was that he worked as a bus boy or something).

But every once in a while, twitter will prove it’s value to me.  I’ll see something that I doubt I would’ve encountered elsewhere that actually gets me thinking.  The other night was one of those times.  There was a headline that said 29-Crucial events that divided people’s lives into Before and After.  Of course one of my first thoughts was, they couldn’t think of one more and round it up to 30?  But anyway, the headline was provocative enough to get me to click.

It was a slide show (which normally I hate because of all the pop up ads) but I confess, I clicked through all of them.  And it was really fascinating:  The first was a United States Marine and his wife on their wedding day with the quote: “The best day of my life after months of waiting to see him again!”  That was followed with a wide array of extremes.  Two friends in a hospital room posing together with the words “On new years day, my best friend received the kidney he’d waited 18 years for .  Today he came home!”    A little girl holding a puppy with the headline “Best present ever” (no, we’re not going to talk about me getting a dog) .   A mother with two pictures of her holding her baby on the day of her birth and three months later, explaining “My daughter was born 3 months earlier due to infected placenta but she managed to cope with all the challenges and became a healthy baby.”   A man with two pictures of himself “As of today, I’m 4 years clean from drugs. I have a career, a house, a dog, and a fiancé.” 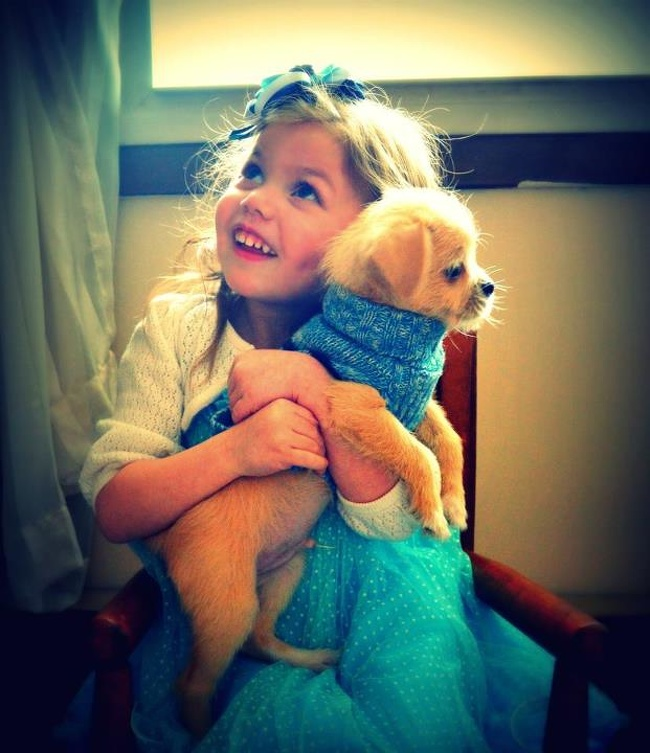 You get the idea.  It was interesting and inspiring to see all these different images and anecdotes.  Where in effect you could recognize how life truly changed on a particular day, because of certain events, or with a person saying something or completing something.  We’ve all had those types of experiences that we might not think about too deeply – but when or if you do, you can see that.  How those moments were life changing into the world of Before and After they occurred.  Maybe you can remember when your parents told you that you were going to have a baby brother or baby sister.  Maybe you moved to a new town, a new school.  You all have the shared experience of hearing “Congratulations, you’ve graduated High School” “You’ve been accepted to Montclair State!”  Often times in the moment we don’t realize how life changing these things are for each of us.

I wonder if St Peter realized how big a deal this particular day was going to be… how prepared was he to say what he said.  Whether he recognized that was he said would change his life into Before and After as well.

He had spent years with Jesus… and over that time, something clicked.  There was a recognition deep within as he moved from meeting Jesus, to hearing Jesus preach, to witnessing Jesus’ miraculous activity and then to ultimately knowing who Jesus was.  This one day wasn’t the first time Peter – or the other disciples for that matter – had thought about who Jesus was.  That had to have been a question that was front and center the first time they met him to this very day, this very encounter.  So when Jesus throws out the question “Who do people say that I am?” to “Who do you say that I am” he was moving beyond some theoretical, philosophical discussion.   He was acknowledging that there were a variety of perceptions people had, all of which associated him with some of the greatest men of Jewish history – John the Baptist, Elijah, a prophet – now he turns though to these, his closest friends, his mostloyal followers, his disciples – you’ve left everything behind, you’ve left your lives, your livelihoods, after all this time, after all you’ve seen and heard – who do you say that I am.

For Peter, this is a moment of decision.  Does he dare utter something that has been unsaid, unspoken, that would be considered heretical to some?  Does he give voice to the hopes and dreams of humanity that there’s a God who loves us so intimately, so definitively, that he becomes one of us and is right there in their midst – a close, personal friend of theirs?  Does he realize the commitment, the dramatic change of life he would experience in uttering those four words– YOU ARE THE CHRIST?

Almost immediately, the weight of saying that and meaning that are clearly seen.  Peter is forever changed in that utterance.  He has now stood out from all other disciples, all other apostles.  This declaration, this realization brings greater responsibility, which becomes clear almost instantly. His declarative words recognizing Jesus as not just a great man, but the Christ – carries an enormity with it.  Jesus is the son of God.  And when you recognize that, and say that, it changes everything.

Because just saying that is more than just a factual utterance.  It’s not like someone looking at me and saying “You’re a white man”- that’s an observation “You’re hair is thinning and you’re getting old” – that’s just mean.   Peter’s declaration is saying something with the eyes of faith.

Whether he recognized it or not though, his life changes with this… Into a Before and After.  Peter has to live differently now.  Which is why the “smack down” he experiences just a few moments later is so swift and necessary.  On the surface we look at it and see Peter pleading as a good friend hearing Jesus predicting awful things about to occur  – that he will be rejected, that he will be attacked, that he will be persecuted, tortured and killed.  Peter’s heart is in the right place – “no, it’s going to be alright, I’ll be there….we’ll be there… we won’t let something like that happen.”  But, that’s the words of a friend to another friend.  Those were words that are part of the world Peter was a part of Before his declaration, before his recognition of Jesus being the Christ.  That means Jesus is God.  And if Jesus is the Christ, then he doesn’t need someone – well intentioned or otherwise – distracting him from his true purpose.  To save Humanity from sin and death.  To take on the suffering of the entire world in order to redeem the whole world.

Peter has seen that Jesus isn’t just a a great man saying and doing some great things.  He’s not just some lowly prophet.  Rather, He is  the only man who ultimately matters in the history of all humanity.  And so Peter’s recognition of who Jesus is, his declaration of Jesus being the Christ, demands that he follow Jesus even more whole-heartedly recognizing there is no other worthy of his attention, his dedication… so that ultimately he will be able to lead others to the Christ as well. 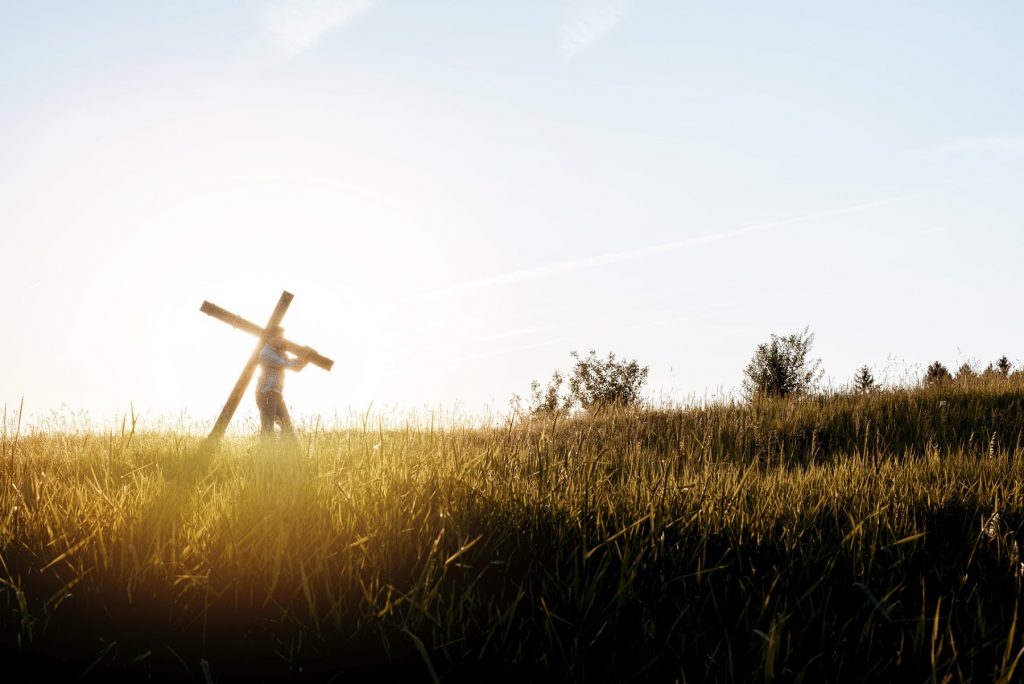 For you and I, it’s great that we’re here on a Sunday evening to celebrate the Eucharist.  Thank you for making that choice, that decision.  Most likely, there was a Before and After that got you here…  For most of us, we didn’t have a choice on that – our parents had us Baptized, we were raised in the Catholic faith…we may have learned at our confirmation that we were in a sense taking ownership of that decision that was made for us.   But how deep, what that really means to each of us individually really becomes a personal and intimate decision.  That’s why St. James’ words in the second reading were so powerful – if someone says he has faith but does not have works?  Can that faith save him?  St. James isn’t saying that by our doing the corporal works of mercy (taking care of the sick, the poor, those suffering,  the dying) or by our public expressions of prayer that we buy our way into heaven, that we prove we are following Jesus Christ.  He’s saying that when we do those things, it  reflects how our decision to follow Jesus Christ has changed our perspective – that we see those things not as extras or nice things to do, but rather need to be a priority.

The great thing is that wherever we might be in our faith life right now, Jesus poses you and I the same question and the same challenge.  Who do we say that he is?  May we contemplate the seriousness of the demands, experience the joy, the change and transformation which divides our lives into a Before and After that comes in seeing Him and declaring Him the Christ.