Hi everyone, this is my homily for the 21st SUNDAY IN ORDINARY TIME.  The readings for today’s Mass can be found at http://usccb.org/bible/readings/090218.cfm  Thanks as always for reading; sharing this blog on your social media sites; and your feedback and comments.  I appreciate it.  Have a good week – God Bless – Fr Jim Chern

How is your heart doing?  Sit with that question for a second.  There’s so much going on in the world… in the Church… in each of our lives to discourage, to depress, to overwhelm us, that it’s good to just pause for a second especially as we reflect on what we heard Jesus speak to us just now in these scriptures.  I know my heart and mind have been so all over the place that by Friday I probably had 5 different word documents open with different thoughts and ideas and reflections on it, that I had to walk away and just clear my head, go for a ride, get some Dunkin Donuts coffee, get stuck in a downpour and just clear my head to listen to my heart.  That’s when this memory came back to mind.

It’s from this film called “The Human Experience.”  This documentary conceived by and starring two brothers was released ten years ago.  The premise of it had them asking a very philosophical question “what does it mean to be human?”  They went looking for answers by traveling to some of the most unlikely of places: on the streets of New York City with the homeless; to a leper colony in Ghana; meeting victims of AIDS and their families.  They also travel to Peru where they visit a hospital for abandoned children in the Andes mountains.  I’ve seen the film at least dozen times and I don’t think I’ve gotten through that scene without crying.  Seeing these kids, some who were abused, and horrifically discarded by the ones who should’ve been the ones who cared for them the most – their parents – undergoing treatments and rehabilitations where you can hear them cry is captured and presented in such a way that even though I’ve seen it before and I know it’s coming it just levels me. 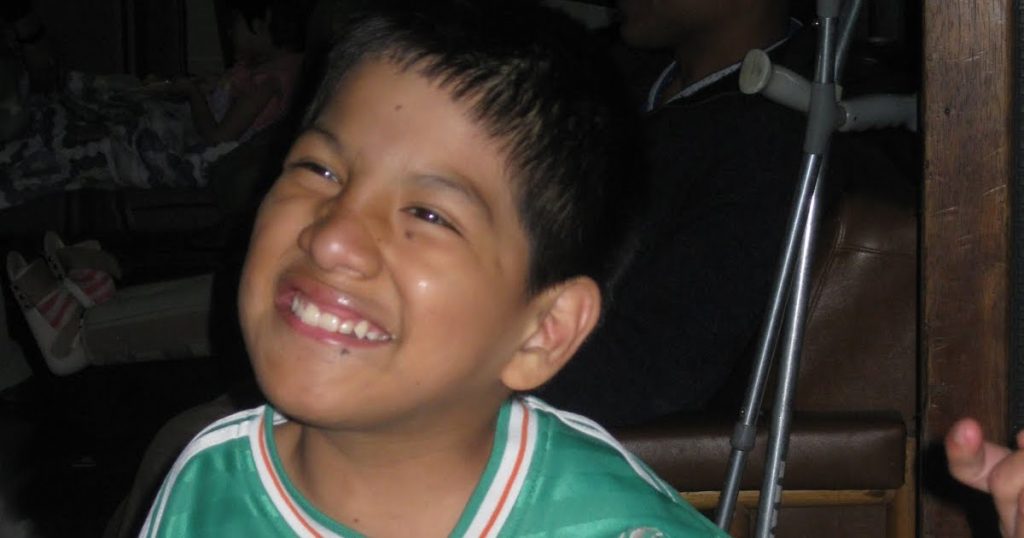 One person who came to mind, who really stands out in this powerful scene is Dr. Tony Lazzara.  Prior to going to Peru, he had been a professor of pediatrics at Emory University, a leading researcher on brain surgery in premature infants. He supervised neonatal wards in two Atlanta hospitals.   He was the epitome of a successful doctor, who described his life as living on easy street.  “I had a nice little sports car and I had a nice condominium with fancy furniture, but it didn’t mean anything. It was there, but it didn’t really mean anything.”   That started to dawn on him when he and some of his colleagues visited India on vacation. While there, he was struck by the abject poverty he witnessed.  He said he saw children, some of whom were mutilated by their families just so they would be more effective beggars on the street.  That experience stayed with him.  And he reflected on the life he was living as a successful doctor who was doing a lot of good and working with some groundbreaking scientific advances with the reality that there were other children who weren’t receiving the very, very basics of care.  So he left that life and ended up in Peru founding a clinic, or rather a home for these “The Lost Children of Peru” which the film captures so movingly.

Lately, and for good reason, we’ve had a lot of people asking “Why am I still a Catholic?”  And some are struggling to find an answer for themselves.  By this point, it’s almost numbing as we’ve been saturated with numbers of stories of abuse by clergy – sexual abuse, clerical abuse, psychological abuse… many of us, myself included, have been horrified to learn just how deep, and devastating the pain that the victims have experienced which has sadly often been silenced by those in the Church… and many of us, myself included, have been scandalized by the lack of transparency, accountability and leadership in the Church.  It’s understandable that so many are struggling.  To which I say, thank you for being here.  Thank you for struggling, and still listening to that inner voice that voice of the Holy Spirit pushing you to come to Mass despite all of those mixed feelings.

And it’s why I’m thankful that the story about Dr. Lazzara came to mind.  Because that is the same voice that called out to him – not to settle for the comfortable existence… not to give into the real and discouraging news around him…but to believe in the Good News of Jesus Christ.  Good News that made little sense to his friends and colleagues.  Good News that said in giving up the life he was living he could experience a peace and a happiness that had eluded him in the first 63 years of his life.  Good News that transformed his life, and how that effected and transformed the lives of others; those who came to serve, those who were served… and the communities and families of all these individuals all connected to this one small clinic, this one small home nestled in the Ades Mountains in Peru.

We need these types of reminders – that is a living example of what Jesus is proclaiming in today’s Gospel.   Yes, we all know all too well how human beings, even priests, bishops, cardinals – possess the ability to do monstrously evil things.  But, the converse is even more important to focus on in light of those revelations.

Because we possess – each and every one of us carries the potential to do great, even miraculous things.   Who we are as brothers and sisters in Christ, what we believe as Catholic Christians, how we will respond to problems, worries, challenges, tragedies – that isn’t determined by our positions, our stature, our state in life.  For each and every one of us, that begins solely in our hearts.  The place were Jesus Christ dwells within us.  The place where the Holy Spirit is constantly whispering and nudging us to react and respond to the different things that we encounter each and every day.   To bring about the kingdom of God, that our Loving Heavenly Father desires.

Sadly it’s there too – in our hearts – where we can choose not to respond to God’s graces, blessings and invitations; where we can allow selfishness, anger, greed and hatred to take root – and that we’re capable of great evil – where we inflict hurt on one another and can wreak further havoc on the creation that God had and has such beautiful dreams for.

As we reflect on those realities, and we’ve found ourselves here tonight, it’s good to remember why the Holy Spirit has called us to be here.  Here at this Mass.  Here at this parish

As a community, one of the main purposes for this place is to be a place to nurture that heart…

to be a place of healing for when we do fail, or when the failures of others have hurt us

to renew and refresh ourselves of our universal call to holiness, and our individual calls where God has placed each and everyone of us here in this time and space for a purpose.

We’re not all called to leave our homes, careers and lives behind and go to Peru like Dr. Lazzara.  That was his particular call.  But Jesus is speaking in our hearts specific and personal things that can have just as transformative an effect here at this parish here in our local community, here in this local Church.  The Lord needs each of us – now more than ever – to respond to those calls, to fulfill those purposes and dreams, to make those choices, deep in our heart calling us into deeper love and relationship with Jesus and being authentic, genuine disciples to the world around us.