Latest News
Home /Blog/MARY, MOTHER OF GOD, PRAY FOR US – NOW MORE THAN EVER 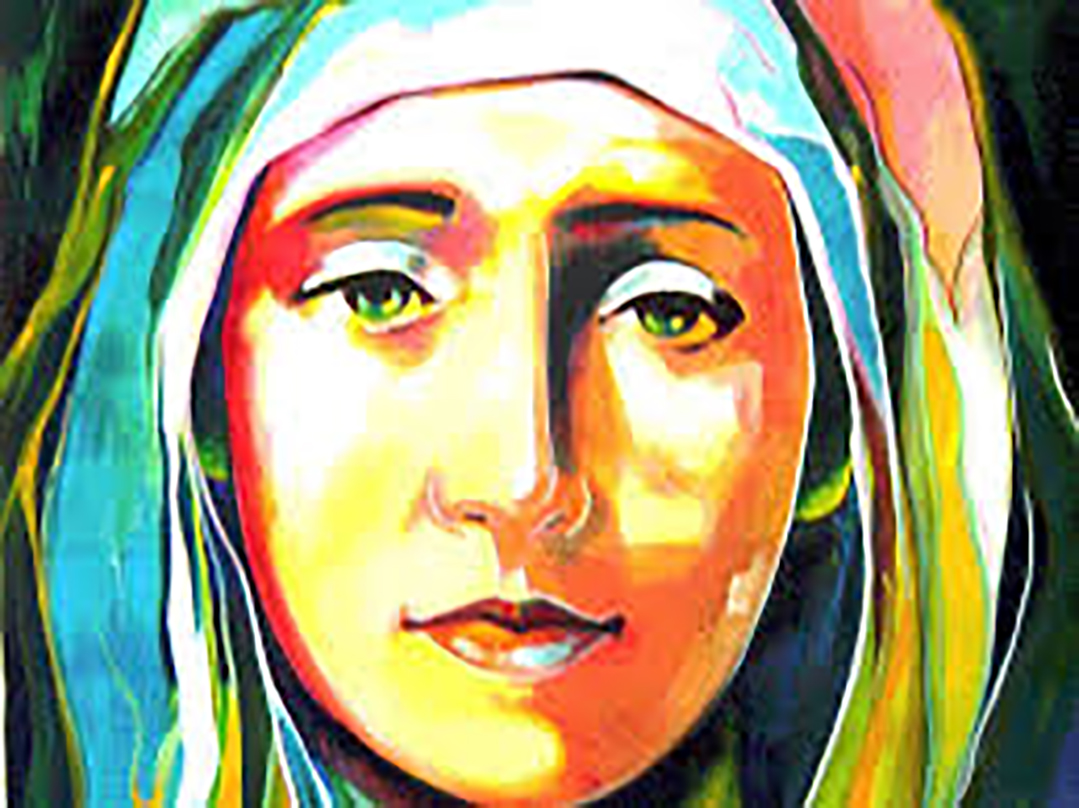 HOMILY for the SOLEMNITY OF THE ASSUMPTION OF THE BLESSED VIRGIN MARY – August 15, 2018 – The readings can be found at: http://usccb.org/bible/readings/081518-day-mass.cfm
The Church has believed in what we celebrate today – that the Blessed Virgin Mary was assumed both body and soul into heaven, that she was spared the corruption of death – from the earliest days of the Church.  When you think about it, it makes sense… from the earliest centuries, we knew where Jesus was crucified, buried and rose from the dead.  We know where the tombs of Peter and Paul and the apostles are located.  All of those places remain places of pilgrimage.  People went and still go to visit them.
But for the blessed Mother – there was no such place.  There was always some understanding that she was not buried anywhere.  There were theological arguments about whether she actually died and then her body was taken up to heaven on the third day (I think that’s the Orthodox belief, which refers to this feast day not as the Assumption but the Dormition – the going to sleep – but that eventually when the tomb was opened it was found empty or with just the burial clothes and fresh lillies).  And some might visit the place of “dormition” but it’s never been viewed as a burial place, as a tomb…
This tradition though, was one of those things that was assumed (pun intended).  Early Christians didn’t fight about it.  They were closer to all the events of Jesus’ life and the formation of the Church that it would make sense that the Mother of God, who had been divinely called and prepared to be the mother of Jesus – and responded with a heartfelt, genuine, sincere Yes to God as we heard in scripture today – she would be the first one to experience the Easter reward herself.
But in 1950, Pope Pius XII made the declaration official Church teaching… In fact it’s considered only the second time that “Papal infalability” (meaning that the Pope was teaching something that was free from error and something that was official Church teaching) was ever invoked in the Church.  It inspired a lot of criticism, debate, that in some ways hasn’t really been settled between Catholics and other Christians.
I realize that those criticims, debates and such pale in comparison with how a great number of people understandably feel towards Church authority on a day like this in light of the terrible news stories today.  But stick with me…
One of the reasons I bring the history of the feast up is to ask the question – Why – Why would Paul XII even open up controversy where there really didn’t need to be?  Why cause more tension, theological debates on something that was generally understood and wasn’t really a controversy? 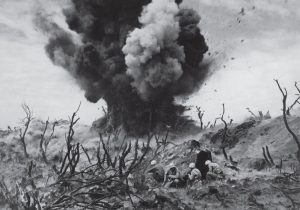 There’s theological reasons and answers.  But more importantly there was a very pastoral one.  Back in 1950, when this Doctrine was declared – World War II had only ended a few years prior.  Unlike our instant news feeds of today – the full horror of that time took time to be revealed and understood.  The atrocities that had been committed are testified with two Church saints St. Edith Stein and St. Maximilian Kolbe – who died on August 9 and August 13 – both in concentration camps.  In addition, the world was recognizing that those atrocities were ended through some horrific means (the atomic bombs being dropped on Hiroshima and Nagasaki – also in August on the 6th and the 9th killing over 80,000 people immediately and tens of thousands years later from the radiation) In short, it was a bleak and dark time in world history.
That’s one of the reasons that Pius XII saw the importance of declaring in August of 1950 that “the august Mother of God, mysteriously united from all eternity with Jesus Christ in one and the same decree of predestination, immaculate in her conception, a virgin inviolate in her divine motherhood, the wholehearted companion of the divine Redeemer who won complete victory over sin and its consequences, gained at last the supreme crown of her privileges to be preserved immune from the corruption of the tomb, and like her Son, when death had been conquered, to be carried up body and soul to the exalted glory of heaven.”
Pius XII wanted to re-emphasize, remind the world, through the example of the Blessed Mother, that Jesus Christ alone conquers sin, conquers death.  And the most important thing the Church does is to proclaim that.  And that after that bleak period of human history which was surrounded solely on sin and death, declaring something that was already believed in the Assumption of Mary renewed hope for millions of Catholics.  Reminded us of our purpose and our calling.
That seems to be of great need and importance today.  When the stories of the disgraced ex-cardinal McCarrick have already shocked and enraged – to be met with the stories of PA with details that I dare not utter out of an abundance of concern not to scandalize or hurt anyone – people are rightly hurt and angry.  I am hurt and angry – more than I can express. 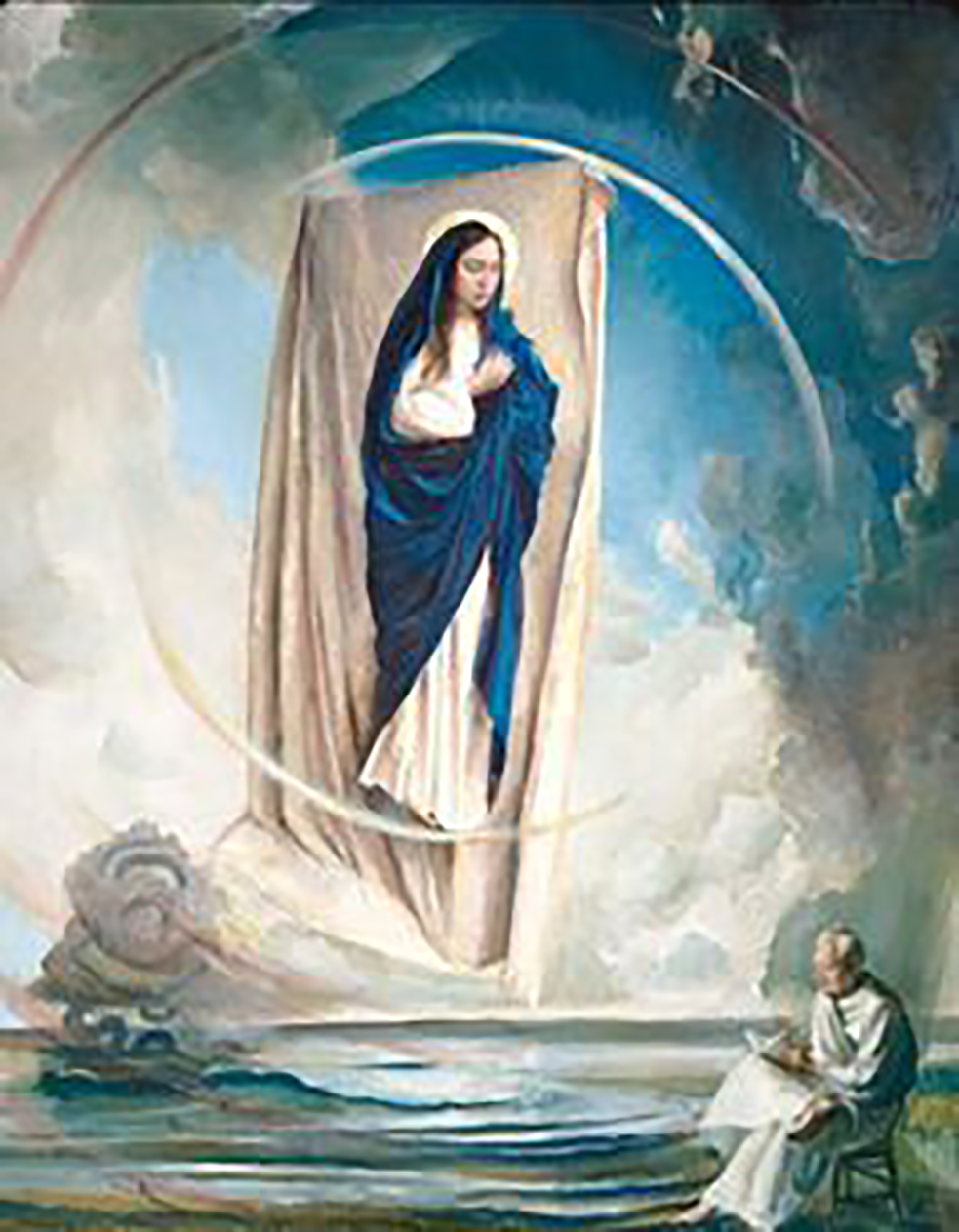 For me, and for each of us who desires to achieve holiness in spite of that hurt and anger, we need Mary’s words from today’s scripture which gives us the first proclamation of the Gospel.  Mary understands and declares all that God will do in Jesus Christ.  She knows that in the promise she has received from the Father, all of human history is to be turned upside down.  Even more, she knows that she is, herself, the first participant in this new history.
She is the lowly one whom God has lifted up.
She is the loving daughter on whom God has looked with favor.
She witnessed the proud in their conceit who were scattered and will be again.  She embodies the good news she proclaims: the Gospel of forgiveness, compassion and humble service to others, justice and ultimately resurrection.
One thing that I’m thankful for from our current Pope, Francis, was his promoting another Marian devotion that turned out to be known by great numbers of people for years but didn’t gain in popularity until recently – the title Our Lady, Undoer of Knots.  (http://www.theholyrosary.org/maryundoerknots)As hurt and angry at how so many in the Church have not just created knots but attempted to burn the rope in pools of gasoline – it’s probably never been more urgent than it is today for us to take that hurt and anger to the Blessed Mother, to help us work through all of these – and the countless problems, struggles that we find not only in the church but in our lives that seem hopeless.   Looking once again to that ever perfect, virgin and mother to pray for us…today and always.