Latest News
Home /Blog/JESUS, WHAT’S FOR BREAKFAST?
Hi everyone, this is my homily for the 18th  SUNDAY IN ORDINARY TIME.  The readings for today’s Mass can be found at http://usccb.org/bible/readings/080518.cfm  Thanks as always for reading; sharing this blog on your social media sites; and your feedback and comments.  I appreciate it.  Have a good week – God Bless – Fr Jim 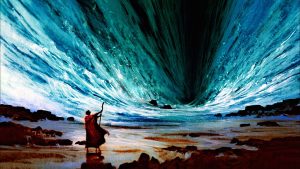 Can you think back to a time, an occasion, an incident where you felt that God had answered your prayer – or maybe performed a miracle – or somehow made it clear that He was with you in a moment where you needed him the most?   One time that comes to mind was when a family member of mine had been struck by the horrendous disease of cancer – the diagnosis coming from seemingly out of nowhere.  They had been completely fine and healthy and happy.  One day they seemed to have had symptoms that seemed like a cold, an infection a flu or something that they had simply gone to the doctor to get checked to see if they needed an antibiotic or something.  Instead within hours it was discovered to be a form of cancer and soon after they were receiving chemo and going through a horrendous round of tests, treatments and visits that were a nightmare that was sadly not a bad dream but a new reality.  I remember very vividly praying for them – and praise God, a year later they were in complete remission and years later have remained healthy and cancer free.   We could argue that it didn’t seem like a miracle… it wasn’t like I prayed and the cancer left the instant I said “Amen.”  But to me it was most definitely a prayer that was answered.  Where I felt God had been present and acting in a lot of different but intentional ways that brought about this healing.
Not everyone in my family necessarily saw it that way.  For some they felt lucky that they had a lot of great doctors, a terrific support system, selfless family and friends.
To be honest, in this life, we’ll probably never all agree or know for sure one way or another.  If you’re a person of faith, then you’ll see the hand of God.  If you’re not, they you’ll have other legitimate and reasonable explanations.  And in our pluralistic, somewhat divisive society people will leave it to “agree to disagree.”
To complicate matters more though, for people of faith – we can probably remember times, occasions, incidents where God didn’t answer our prayer.  Or, as we have had it explained to us, God didn’t answer the way we had hoped and prayed for.  There was no miracle.  He seemed quiet, absent.
I’m sure for some of my family members, that’s part of what fuels their belief that we were lucky rather than blessed.   They saw and heard and experienced others who had loved ones who were ill who didn’t fare anywhere near as fortunately as our family did.    And to be really honest, there have been countless other times where others I’ve prayed for who weren’t as lucky – or as I choose to see it – blessed as this other occasion.  All of this makes miraculous occurrences, God moments a bit confusing. 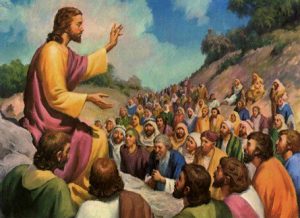 That’s kind of what’s happening in this Gospel.  A week ago, we heard the story of the multiplication of the loaves and fishes.  When a nameless, selfless kid gives his 2 loaves and 5 fish and Jesus is able to feed over 5,000.  It’s such a spectacular occurrence that there were 12 baskets of left overs when all was said and done.  In today’s Gospel, we hear what happened the next day.  Why did the crowds go to Jesus?  It was breakfast!  They were hungry again.   It’s understandable – They enjoyed dinner, they probably wanted to see what Jesus was going to whip up for them this time.

And more than likely, a great number of people all they heard was the “No” – there would be no muffins, toast or eggs and bacon (well being Jewish they wouldn’t have expected the bacon).  I bet some said to themselves “we liked him a lot better when he made sure there was fish and bread enough for everyone.”  They liked Jesus for being a “genie in the lamp.”  And most likely some left having varying degrees of anger, disappointment.  Perhaps looking for another Messiah.  Maybe following the next person who simply offered a free meal.
That’s understandable as well.  I’ve struggled myself for example, when a friend who received a terrible diagnosis wasn’t healed.  I was thinking of a priest friend of mine.  Msgr. Greg Ketcham.  He was just a few years older than me, involved in some of the same pastoral work that I am being campus minister at University of Illinois.  Just a hard working, holy priest – and a normal guy that I connected with over Baseball (He was as much a St. Louis Cardinals fan as I am a Yankee fan).  A few years ago he collapsed at Mass with a seizure which turned out to be a brain tumor.  His parish started a nightly vigil where hundreds were coming to pray for his healing.  Former students started participating as well.  And word spread throughout the country to other people who knew Msgr. Ketcham or had heard his story and were united in prayer for a miraculous healing or even a non-miraculous one.  Sadly he died this past winter.
We want it to work out with the happy ending.  And when we’re not talking bread and fish – or breakfast the next day – when we’re using these much bigger examples or someone we love who is sick, or dying – the emotions understandably blind us to any theological reflection.  We really don’t want to hear Jesus’ explanations.  We want our prayer answered.  And We want it to be yes.
But there is an important theological part that gets to some core issues.  Because Jesus does answer our prayers… He does say Yes to us… But is trying to get us to look deeper.  In today’s Gospel, Jesus is explaining He wasn’t merely interested in taking care of the crowds physical hunger constantly being fulfilled to the point that now He was going to become a cafeteria coordinator every day simply putting together a menu…   When He performed that miracle… that excited and amazed the crowd.  It was meant to catch their hearts and minds attention in a new way to expand their horizons.  But by the next day, they went back to simply a temporal concern.  “We’re hungry again.”   The miracle was an instance where God had shown himself in a particular way to establish a deeper relationship- a deeper trust.  We’re meant to keep looking forward… with a new and different vision – and seeing Jesus with that new and different vision.   So as he fed them the day before, Jesus was saying that God desires to care for them, for their hungers… but even more for the deeper hunger, the hunger that both the poor and the rich long to have satisfied isn’t the one in their stomachs, but the ones in their souls… The hunger for this life that we’re all living to have meaning to have purpose.  The hunger for the acceptance and love that comes from being told we are children of God – thought of, cared for, desired…that hunger which is nourished by consuming Jesus – the Bread of Life. 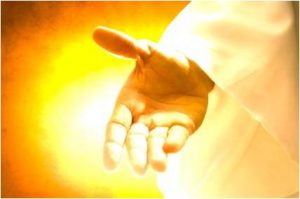 It’s similar whenever Jesus healed people who were suffering from physical illnesses.  He was speaking deeper truths in those miraculous moments.  An important one being that no they were not cursed by God – they weren’t being punished for some sin because they were sick.   Rather, Jesus’ point was that all humanity suffers from sin and all humanity needs to be saved from that sin.  And the way Jesus’ demonstrates His authority… that He had the power to forgive sin was when he blew their minds and then a paralyzed person could walk; or this horribly disfigured, highly contagious leper was healed.  Jesus was saying – the disease of the soul is far more important – and that He desires to heal that, and that He can and does heal that.  Those healings of our souls, we tend to dismiss when we’re praying and rooting for someone with a physical illness to be healed… We might think “yeah, yeah, I’ll get to that -just take care of this first.”  But those healings of our souls are so much more urgent because they last into eternity.

That was something my friend Msgr Ketcham kept reminding me.  I was able to dig up my past text messages and it’s amazing in hindsight.  With each message I was writing saying that I was praying for him (which I was) but coupled with that were other thoughts.  Thoughts like  I was sorry to hear that a test result came back with bad news… I was disappointed that things seemed to be getting worse… that there wasn’t the miraculous healing I was hoping for.   To each text though, his responses were ever faithful though.  His actual responses to me were:
“I am trusting in whatever Jesus has in store for me”
“The Lord has put tremendous peace in my heart…
“I am terminal but I am confident Jesus is embracing me”
“Jesus is shoulder to shoulder with me in this fight Jesus is my Savior…
to his last message being “Jesus has me where He wants me so all is good”
Every miracle, every prayer answered is meant to nourish our faith, deepen our trust in Him. Msgr. Ketcham got that… Me, I’d probably be with the crowd who ate the loaves and fishes the next morning asking Jesus for a pop-tart.   And that’s okay.  As long as we keep going to Him.  As long as we don’t give into despair, or anger, or disappointment… but even bring those things to Him.  Looking for Him to help support and guide us through whatever it is we’re praying for.  As we do, gently He reminds us of what He has done and continues to do for us.  So that eventually we will look past the concerns in front of us towards that New Horizon that He points us to  – past the here and now into an eternity where he feeds our every hunger and quenches our every thirst.