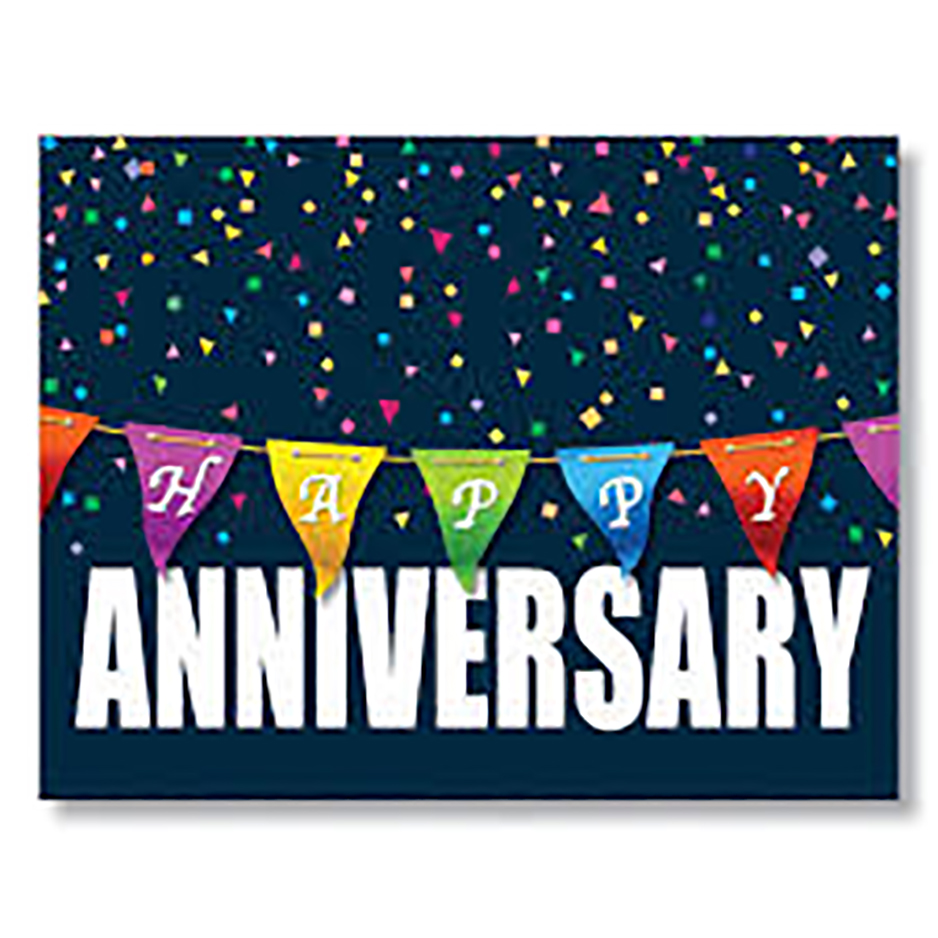 I just had two anniversaries.  It’s 11 years that I’ve been working with college students as campus minister at Montclair State University.  That’s kind of shocking to me.  I really don’t know where the time goes as one academic year seems to evaporate and in the blink of an eye we’re starting to prep for another one.  It’s crazy.  I was also informed that it’s 11 years ago that I created my facebook profile.  I know which one of these two Mark Zuckerberg and his employees feel is more important.  I initially laughed off that later remembrance.  But the more I thought about it, it’s bizarre to realize how much both have become personal milestones.  Because while I fully expected my pastoral assignment to become a part of my daily life, I never really thought that would be the case for Facebook.
I first heard about Facebook and it’s pre cursor Myspace the year before I ever even thought of registering for those sites – thinking this was some fad among the younger generation that would probably fade out as quickly as it came about (Like Pokemon or something) I really had no idea what it was.  But when I got assigned to Montclair State – pretty quickly I saw at some of the New Student orientations that every student group every student was on these things.  So, I reluctantly joined.  First MySpace and then being told by one of the kids I had gotten to know pretty quickly who told me “No Father, no one’s on myspace anymore – you have to get on facebook” (wish they had told me that before I made all these flyers I was giving out at orientation) At any rate, its bizarre to see how much social media has become – a part of my work where I interact with students and trying to evangelize through it; a part of my social life where I can catch  up with friends from college & high school and keep track of extended family; even part of my personal daily routine stuff.  The other day I had to buy something for my computer and the company offered as you were checking out instead of having to fill out the entire registration form I could just “sign in using facebook” and be done with it in 2 seconds… (I know, all the privacy stuff I probably shouldn’t, but who wants to enter all those fields anymore when you can be done with a click and get this thing shipped to your door without ever having to leave your chair?) 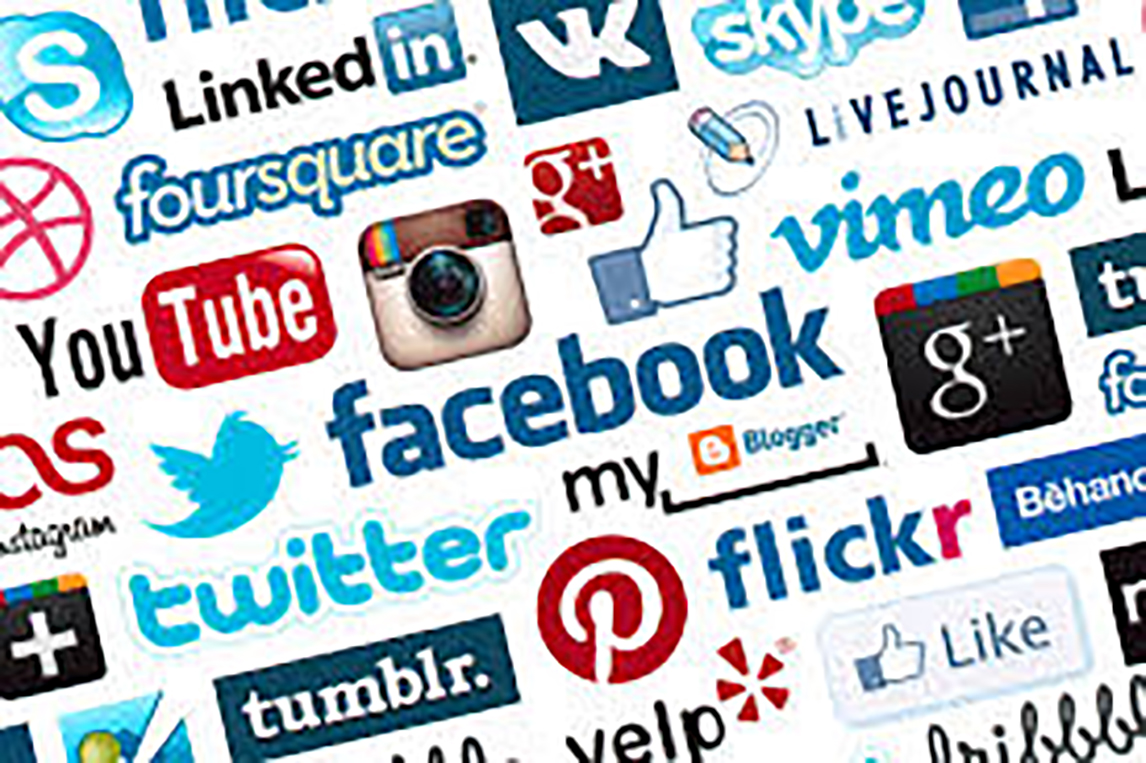 Social media is probably never going away (well Myspace did… poor Tom) But most of these enterprises have become billion dollar corporations.  And in a lot of ways, I know it’s been a good thing and definitely changed things in my life.  But the concerns and problems that people have with all of it are legitimate.  And one that really concerns me is seeing some of the really negative psychological effects it’s had – especially (but not limited to) younger people.  As they (or maybe I should be saying we) try to navigate this social media dominated world- what is it we usually see?  Often times people that we know or are somehow acquainted with sharing what appears to be all the great things that they’re experiencing in life; all the exciting things going on with their families; all the interesting things that they’re encountering in their jobs or in school.  But a growing concern is how these types of things are causing negative feelings among many people.  For example, a guy sees on facebook a bunch of his friends posting pictures of themselves having a great time in New York on a Friday night, maybe they’re at the Yankee game and they just saw them destroy the Mets or the Red Sox or something.  (Lets use a legitimate hypothetical)  Anyway, after liking the picture, he keeps seeing that picture and goes from thinking “that’s cool – looks like they had a good time” to “I would’ve liked to be at that game” to “I wonder why they didn’t invite me to go” to “no one ever invites me to anything” to “I have no friends.”  This type of thing happens with shares of marriages, new jobs, college acceptances.  It sounds overly dramatic, but for many, social media posts becomes this vicious cycle of negativity mixing envy, jealousy and then just self-loathing, self doubt to where the person experiences depression.  One study says that it’s gotten so bad that young adults who use social media are three times as likely to have depression or anxiety than those who don’t.    And one of the reasons is because people start looking at the world around them- or the social media presented version of the world – and see perfect versions of everyone around them.  Think about it – we can take 3000 pictures of the same thing to get the one where the light is right, the smile is perfect – and if not, we can go and edit that too.  Everything is presented as perfect.  So its no wonder people in the silent recesses of their hearts and souls feel discouraged, disappointed and then depressed and anxious that they can’t ever catch up.

Which is why St. Paul’s words in today’s second reading really caught my attention.  In a facebook perfect world, St Paul would present him as someone who had some of the greatest impacts on the development of Christianity.  That he wrote the bulk of the New Testament.  How his teachings had heavy influences on the early Church evolving from merely a sect of Judaism to an entirely new movement.  How His missionary work to those outside the Jewish faith (called the Gentiles) helped with that enterprise and inspire the Church to understand Jesus’ great commission to proclaim the Gospel to the ends of the earth in a much broader sense then they had initially imagined.  These and a lot of other things would get Paul a lot of likes on Facebook.  This is the perfect, idealized version of him and his life. 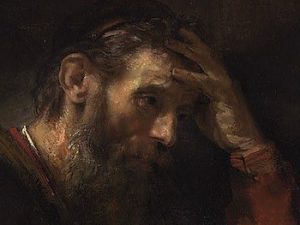 But in today’s second reading, what did we hear?  Paul talking about what he phrased as this “thorn in the flesh” that was tormenting him.   To many of us, that might sound like a “thorn in the side” causing us to wonder who was it that was annoying Paul?  It might have been a person, but the phrasing and original words make it very elusive so that it might have been a sickness, it might have been a temptation that he was struggling with – we don’t know for sure what it was.  Whatever it was though, it was bad enough that Paul refers to it as something coming from Satan “to beat” up Paul…  it causes so much suffering in Paul’s life that three times he begs the Lord for it to be relieved of him.

Paul’s prayer is answered – but not the way Paul wanted (good for us to remember, even the Saints don’t necessarily have their prayers answered the way they hoped for).  Instead, what does God say to Paul?   “My grace is sufficient for you, for power is made perfect in weakness.”
Paul wasn’t perfect.
Paul’s life wasn’t perfect.
Paul’s spiritual life wasn’t perfect.
He had struggles.  He had set backs.  He had failures.  He had moments where he wondered what good any of what he was doing was going to matter in the end?  He had moments of doubt and depression.  He had instances where he felt betrayed and abandoned, and alone.   Which is why it’s good for us to reflect on that.  Not to commiserate or to wallow in a “misery loves company” way (who ever came up with that phrase by the way – what an awful image).  His perfection is found in him acknowledging, embracing and sharing his weaknesses – because He had to constantly go back to God, He had constantly cry out to Jesus; He had to rely solely on the Lord alone – as the one who was the source for any and all successes he was experiencing; as the only one who knew Paul in the deepest recesses of his heart and soul – who would know his pains, know his sufferings, know his failures -and gave him the grace to persevere, the strength to endure, the power to continue. 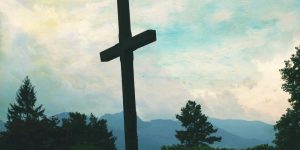 And so it is with us.  We have to be real and to be honest especially in this facebook-perfect world of ours to remember that:   No one in this world is perfect.  No one’s life is perfect.  No one’s spiritual life is perfect.  But Jesus is able to work in dramatic and substantial ways if we see him for who He is and welcome him into our worlds.  When people limit Jesus, or diminish him – and his effects, then his effect is limited in their lives,- and then we might as well wallow and look for company to be miserable with.  Like those in the Gospel.  Here where the ones who knew him the most, his hometown crew – people he knew from childhood.  And their stubbornness, their biases, their egos saw Jesus as simply that carpenter’s kid, Mary’s son…

When Paul had encountered Jesus in his conversion story, he recognizes Jesus as the Son of God… He believes in Jesus’ resurrection from the dead.  That changes his world…  It changed the entire world.  This belief though, helps Paul to realize how wrong he had been in persecuting the Church – how wrong he had been about those following Jesus.  Paul stops his “selfies” – stops focusing on himself and his desires and begins to listens to Jesus’ voice directing him to follow a new course.
Being here, we profess those same things about Jesus.  But that voyage from the words we profess on our lips to the meaning and belief in our hearts can sometimes be a very lengthy one.  One way to speed that process up is if we can be courageous enough to stop striving to compete with one another and this unreal perfect presentation of ourselves and instead acknowledge our thorns, boast of our weaknesses… and cry out to the Lord as we recognize those things.  Knowing that when we finally boast of those things, like Paul, Christ can truly dwell and transform them… and then in our weakness, we too can become strong.