Hi everyone, here’s my homily for the THIRD SUNDAY OF EASTER – APRIL 15, 2018 the readings for today’s Mass can be found at: http://www.usccb.org/bible/readings/041518.cfm.  Thanks as always for reading, your feedback and comments and for sharing it on Facebook, Twitter, and Reddit.   God Bless you and have a great week – Fr Jim 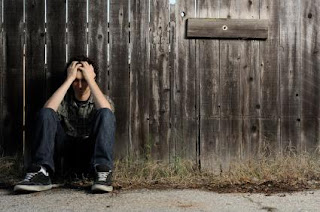 HOMILY:
Why are you troubled?
Jesus asks that question in a very particular context in tonight’s Gospel passage and they kind of jump off the page.  Just to recap:  he had been unjustly tried, horrifically tortured, even more grotesquely crucified, abandoned, left dead in a tomb.  Three days later, risen from the dead, has appeared to Mary Magdalene, the disciples in the upper Room, the two on the road to Emmaus, and now again, he appears in the midst of the disciples.  This roller-coaster course of events has got to be a lot to take in.  Yet He simply appears in their midst – and says “Peace be with you.”
Peace was probably a struggle for them at that moment. God knows this about us, that is why He tells us over and over again “Do Not Be Afraid” or  “Fear not” throughout the Bible … He knows we have a problem with fear.     To help ease their minds, Jesus eats with them – clearly showing that He is not a ghost  – yet it’s also clear He’s not like the rest of us who haven’t experienced the resurrection.   The word Jesus uses to get a sense of the room seems appropriate – why are you troubled?   I imagine the disciples thinking, “Why are we troubled?… after all that happened.   How can we not be troubled?”

Here in this space, some thousands of years later – in this liturgy where the Risen Christ is real, is present both in this Word being spoken and soon in the bread and wine becoming His Body and His Blood, Jesus asks you and me the same question:
Why are you troubled?     It’s not Are you troubled – it’s Why – because the reality is that each and everyone of us has things that trouble us – that frighten us – even that startle and terrify us.   Is it something in the short-term? Maybe an exam.  Maybe it’s more than just an exam in a course, maybe it’s a medical exam that you or someone you love is going for.  Is it life questions? Where am I going with my life?  Where is this relationship going?   Why do I feel so alone?  Why does this thing still hurt so much that hurts so much?  Is it about someone else – I’m worried about my Mom, my Dad… What can I do to help my brother, my sister…  The less control we feel we have, the more troubled we seem to feel.
There’s a reality that many of us experience in that we do a great job of hiding, dodging, deflecting whatever it is that troubles us.  It’s awful to feel troubled.  It takes a lot of emotional energy from us.  At the same time, in the fast-paced world where there’s a premium on all things pleasurable, where we are bombarded with messages, alternatives, options that promise us pleasure, the unspoken thing that many of us can pick up on is that most people don’t want to know, won’t ask Why are you troubled?   For some that might be because they feel unable, ill-equipped to do anything about it.   Others, maybe they’re afraid that in asking someone else about their pain, the place  they’ve buried the things that they’re troubled about will burst open and not only don’t they want to deal with your troubles, they most certainly don’t want to deal with there own. 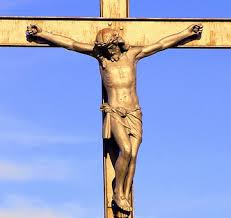 This reminded me of a story from a few years back.  This large sculpture of a crucifix – the image of Christ on the cross – was removed from outside of a church in England after one of the clergymen said it was disturbing to people. The 10ft sculpture crucifix, which had been mounted on the front of St. John’s Church (in West Sussex) since the early 1960’s was, according to parish leaders, “a horrifying depiction of pain and suffering” which was “putting people off and scaring children.” It has now been replaced with a new plain, stainless steel cross. The leaders of the Church said that in survey’s they had conducted on the crucifix the results came back with every comment about the sculpture being negative.
One of the ministers of the church said: “Children have commented on how scary they find it and [parishioners remarked] how off-putting they thought it was as a symbol outside the church. As the key exterior symbol for us it made people more uncomfortable rather than having a sense of hope and life and the power of the resurrection.”   So the sculpture was taken down and was mounted on a wall in the grounds of a local museum. The curator of the museum observed that it was a very powerful image displayed in that sculpture of Christ in pain. He remarked “That today isn’t an image which a lot of churches want to follow. They’d much rather see an empty cross where Christ has risen,” he said.
Pain, suffering are indeed troubling.  The image of Christ crucified is troubling.  But for Easter to make sense… for the Resurrection of Christ to become real to you and me…  for us to become people who witness these supernatural, life changing things – well, we have to face these things, deal with these other things, these troubling things.  Actually, more precisely,  we have to allow Jesus Christ to enter into our lives and help us face and deal with these things – trusting that He who has come back from the dead can in fact do just that.
Consider something:  over the last few Sundays we’ve been hearing in the different Gospel accounts amazing things about Jesus Christ risen from the dead.  Jesus in his resurrected body is able to get into these locked rooms without a key and seems to appear and disappear with relative ease, sometimes without even saying goodbye, he just seems to vanish from their midst (which is why people think he’s a ghost) Yet He makes it very clear and says to them No, I’m not a ghost – touch me and feel that I am flesh and bone; watch me as I eat (he seems to like Fish a lot). So there He is in this glorified body, that enables Jesus to do all kinds of things that we aren’t able to do.  And yet, there’s one small, but important detail we hear about – 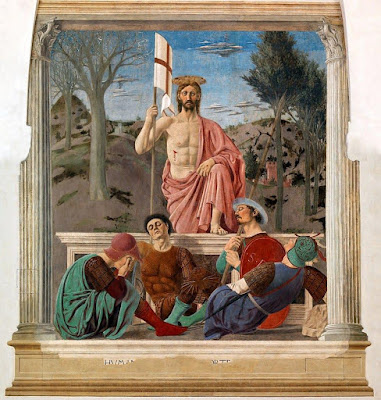 He still has the wounds on Him.
The nail marks that pierced his hands, and feet, they’re still there. Did God the Father forget to fix that? I mean, if you’re raising your son from a horrific death like that, you would think that you’d want to clean up all those wounds, those marks, those terrible reminders of what happened. But perhaps there’s a reason they’re still there. Maybe those wounds, are there for a reason.
Why are you troubled   Jesus asks in the Gospel — and then He makes a point to them to say – look – see my hands and my feet… It’s almost like Jesus saying – I haven’t forgotten what Good Friday is like – and – I know you are going through your own Good Fridays. I see your pain.  I see when you’re broken hearted because someone hurt you.  I know the pain your in because someone you love is dying or has died.  I know how lonely this world can be where you feel overwhelmed with negative thoughts and feelings and think that no one in the world knows or understands (or even worse, that no one cares) what you’re going through – what you’re suffering with…  I know when you’re feeling abandoned, I know when you’re feeling alone, I know when you’ve been abused. I know what it’s like to feel completely broken. I know you’re troubled.   I know you have questions. I haven’t forgotten how that feels. I haven’t forgotten you.
And as our first taste, first experience of the resurrection in our own lives, He tells us when we turn away from our lives of sin, when we bring to him all the things that make us feel unloved, unworthy, he tells us you are Loved,   you are worthy,   “Be forgiven.”
We look to the wounds, we look to the image of the crucified one in this season of Easter joy because we can relate to the wounds, relate to the crucified one.. we who are experiencing Good Fridays in our own lives… and see that true victory is there as Jesus comes in the midst of that and offers us His peace.   And as we turn to him, embracing those glorified, pierced hands of His – we are with the ultimate “winner” trusting that he is with us, we become true witnesses that from the horror of Good Friday – Easter Joy, Easter Hope – NEW and ETERNAL LIFE  is born. So we look at the crucified one, we remember those wounds not as defeatists, but to remember that what God has done for His beloved Son, He will do for us, His beloved sons and daughters.
If we believe that and have our faith and trust in that, could we have any greater sign of hope and victory than lovingly, joyfully beholding the crucifix, and like the apostles, embracing with joy those wounded, but victorious  hands and feet – that come to bring us the good news, that with Him, we have no reason to be troubled.