Hi everyone, here’s my homily for the SECOND SUNDAY OF EASTER – APRIL 8, 2018 the readings for today’s Mass can be found at: http://www.usccb.org/bible/readings/040818.cfm.  Thanks as always for reading, your feedback and comments and for sharing it on Facebook, Twitter, and Reddit.   God Bless you and have a great week – Fr Jim 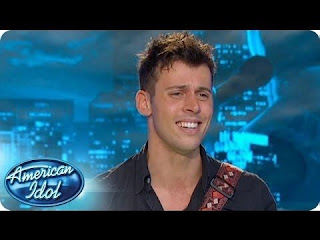 HOMILY:
A few months ago, Sean Grealy (our Campus Minister) and I were at a one day retreat that Dean Carter, the Dean of Students was holding for everyone in the Student Development Campus Life Division and Dr. Rob Gilbert – who many of you might know from the Physical Education & Exercise Science department was our guest speaker.  He shared a story about one of his former students, one of Montclair State University’s own – Evan Ruggiero.  This guy’s story is one that every Red Hawk should know.

When Evan was 5 years old, he was at his sister’s dance class one day, and thought, it looked like fun and something he wanted to do.   It became obvious that the guy was a natural at tap dancing.  He started taking classes, getting accepted into all these ensembles, dancing at Lincoln Center, NJPAC.  He said that at this young age Tap Dancing was something that he wanted to do forever.  So, very wisely, in Fall of 2009, he came here to Montclair State, and was a part of the Fine Arts in Musical Theater Program.

On his 19th Birthday, during his sophomore year, while preparing to be in rehearsals for a musical, he felt a pain in his leg.  He went to the doctor thinking it was a fracture or a sprain, and very quickly discovered it was bone cancer.  The guy would have to go through 10 surgeries; he suffered recurrences of the cancer as it spread to his lungs; endured intensive chemotherapy (coupled with what Sloan Kettering Hospital called some of the worst side effects they had ever observed in a patient)

Ultimately, the doctors determined that the only course left for Evan, was to have his right leg amputated.  He  said to his doctor, ‘I promise you: I’m going to tap dance again.’ And, his doctor responded ‘I promise you: I’ll be there in the front row…” 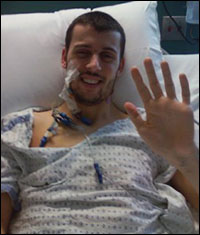 Almost a  year and a half later – after undergoing a painful and difficult recovery, and another round of intensive chemotherapy, he finally was given the all clear from his doctors in October 2011 – a week later, as Evan explains it, “I put my peg leg on, and started tap dancing.”   And he has been dancing, singing, performing, living – ever since, whether he was competing on American Idol, appearing on the Oscars (like he did a few months ago), or starring in productions on and off Broadway in NY…

When I first heard that back in January, it blew me away.  We hear these types of miraculous, moving stories from time to time – but they’re usually on a news program featuring people far away that we’ve never (and most likely will never meet).  Here’s someone who is very much one of our own – who truly has endured, and thrived and is witnessing in amazing ways how no person’s story is ever set in stone.  That just because you received horrible news – that doesn’t have to mean our lives are forever ruined.  Far from that.  And that is something that for us Catholic Christians is so central to this season of Easter that we celebrate.

In Easter, we celebrate, we rejoice, we find our Hope in our God who tells us that when we turn to Him, we should expect the unexpected…   In  raising Jesus Christ from the dead, God has shown that in a way that has altered history forever – very clearly we are to expect the unexpected.

In this Gospel we just heard, the apostles who knew that they had failed miserably are gathered together.  They weren’t able to stop Jesus from being arrested, falsely accused, tortured and crucified.  They weren’t able to stop it, because they weren’t even there!   They had bailed on him.  In the midst of that failure of epic proportions, their worlds must’ve seemed to have been destroyed forever.  More than likely that first Good Friday and Holy Saturday, as they sat with that guilt, that shame – as they remembered all Jesus had said and done over those three years they followed him  – maybe some cynical thoughts came to mind like – yeah, a lot of good that did – or – what hope do we have now – how soon before the same angry crowds who came for Jesus come for us?  There was nothing left for them to do.  Thats why we hear in this passage that they locked  themselves in that Upper Room, isolated from the world.

And it is right there… There in the midst of that locked room, in that isolation, that cynicism, as they were wallowing in this sense of defeat that the resurrected Jesus Christ comes to meet them.  He stands in their midst, not inhibited by the locked doors or their broken, dis-spirited hearts.    And look at what Jesus says:  He doesn’t offer words of condemnation, or judgment on their failures.   Not even an “Uh, guys, yeah about Good Friday, what happened to you all???” – Instead he comes and says “Peace be with you.”   He offers them His forgiveness.    And then He tells them what they’ve just experienced, this Peace, this undeserved forgiveness, they are to go forth in His name and share the same in His name (which is one of the places in Scripture we see the basis for the Sacrament of Reconciliation/Confession by the way…)

In the matter of moments, these first followers experience Easter themselves… something quite unexpected became real to them.  Not just that Jesus was risen from the dead, but that they too were to rise up from their own feelings of death,  their own experiences of destruction and to start anew. 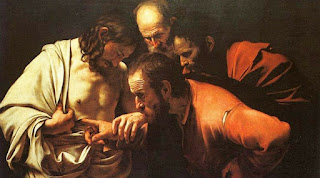 Then there’s Thomas, who often becomes the sole focus whenever this Gospel is proclaimed – who is I think, a bit unfairly considered by many to be the cynic, the “doubter” simply because he misses this first encounter.  (I always wonder what he had going that night?  He should be the patron saint of people who miss Mass on Sunday Night, cause “something else came up”) But the reason I think it’s unfair that he’s simply referred to as “Doubting Thomas” is because it’s understandable that he would doubt.  The story sounded too good to be true, while the failures on their parts were all too real.

Yet, we can’t miss something that’s so important to this story:  There’s a part of him that wants to believe and hopes that this news is true – Hopes that the Easter news is real.  How do we know that?  Because HE’S THERE the following week.  Despite his objections and initial dismissal of his fellow apostles testimony, he’s with them in that upper room the next week and is able to experience the Risen Jesus Christ revealing His living presence to him.  And so now Thomas experiences how real Easter was as well.  And the God who had raised Jesus from the dead would continue to do amazingly unexpected things in all of their lives.

That is the promise of Easter for those of us who continue to follow Jesus Christ.  The sad reality is that a week ago, churches were overflowing with present-day disciples who came to hear, once again, this good news of Jesus’ victory over death.  And yet with their absence today, you wonder if as they heard that news recounted do they think to themselves “so what?  A lot of good that will do?”

Even for those of us who are here, maybe some of us are going through things that make us doubt… have had things that have hurt us and left us somewhat cynical.  Like Thomas, we hope for the best, we want to believe but… we’re not getting ourselves too excited lest we are let down again. 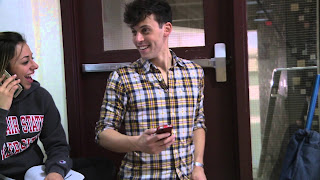 Yet Easter calls us to expect the unexpected.  The new life of Christ wants to resurrect that which has been beaten down, even died within us.  Just think of Evan Ruggiero, if you go on you tube and see him on Ellen (check it out here: https://www.youtube.com/watch?v=maQLu20mMQw ) or countless other video clips, the thing that is so striking to me is the smile on the guy’s face.  And I’m sure despite the rough days and tough patches that he encounters, him sharing that story is able to capture the hearts and minds of countless others and help to break through the cynicism, doubts so many experience for so many different reasons.

What is going to be our story?  Right now, Jesus Christ, risen from the dead wants us to do amazing, life-giving things for each one of us.    Too often we find ourselves like the apostles were that Easter night – limiting ourselves by our mistakes and failures and forgetting what wonders our God is capable of (which is exactly what Satan, the prince of darkness wants us to do).  How is Jesus trying to cast his glorious light into the darkness of our lives?  How is He trying to break into the rooms of isolation we lock ourselves away in to speak his words of Peace, of Forgiveness of Life-altering transformation?  If we open our hearts to let Him, we might be surprised to find the good it will do.