Hi everyone – here’s my homily for the FIFTH SUNDAY OF LENT – March 18, 2018.  The readings for today’s Mass can be found at: http://www.usccb.org/bible/readings/031818-year-b.cfm  Thanks as always for reading and sharing this blog on Facebook, Twitter, Reddit and other Social media platforms – and for your feedback and comments.  Hope you have a great week!  God Bless – Fr Jim 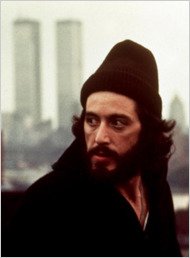 HOMILY:
Not too long ago, I read a compelling story about the legendary whistleblower of police corruption, Frank Serpico.  Some of you might recognize the name; Serpico is an iconic film released in the 1970’s starring Al Pacino – it was an adaptation of his true life story.  Frank Serpico was a police officer in the NYPD who witnessed some of his fellow officers committing acts of violence, taking payoffs, and participating in other forms of police corruption. Disturbed by what he had seen, he decided to expose them all.  Not surprisingly, that doesn’t go down well with people who could be impacted by his decision.  He is harassed and threatened by his peers.  He also becomes a divisive figure in the department.  All of this begins to take toll on his personal life.  After receiving constant death threats, he is shot in the face during a drug bust on the job, which almost costs him his life, an incident that all these years later, still is very suspicious.

Most police officers are courageous, upright individuals – which is why this story was so shocking and complex.  Did some of the more upstanding cops keep their mouths shut out of fear?  How could they find themselves falling into some of the same criminal acts as some of their colleagues?  How was it that Frank Serpico would be one of the lone fighters who had the gumption to come forward and call out these bad actors, knowing full well that this was a risky, career jeopardizing and life threatening move.

In a recent interview, he shared a poignant story from his upbringing that he saw as part of the answer.  When growing up, young Frank Serpico was working with his father in their family owned shoe-repair shop.  A young cop came in and had his shoes shined by the father, only to walk out without paying or even saying “Thank You.”  The next time the officer came in, the father demanded payment as soon as he walked through the door.  Afterwards, he said to his young son, “Never run when you’re right.”

Frank Serpico sees this incident as a formative one… It’s not like he didn’t know what he was facing in terms of taking on this corruption.  It’s not like he was shocked by the reaction, the threats, and the harassment as he exposed a scandalous act which, in time, would play a key role in turning the whole department around and reestablish trust and integrity.  But those words had a weight to it and obviously stayed with him during the times when he was struggling and had doubts about his principles, when he doubted, and when he wanted to give up… “Never Run when you’re right.” 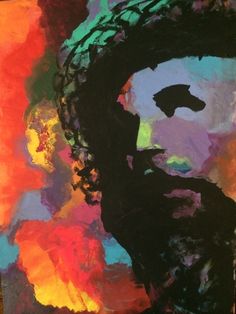 That line came to mind when praying with this Gospel.  Because tonight – we hear that Jesus is very much aware of what is about to come upon Him.  “The hour has come” He says… “Unless a grain of wheat falls to the ground and dies”, he prophetically explains that ‘the hour’ will demand the pouring out of his very life.   Knowing the depths of pain that this cross will cost, Jesus admits that he is “troubled” – However, he too has the emboldening encouragement of His Father who reminds His son that He has glorified Jesus already – and will indeed glorify him again when Jesus is lifted up from the earth on the Cross.

Unlike the other three Gospels, one of the goals of St. John (who we hear from tonight) is to reveal that Jesus is none other than God.  This is why he includes other incidents that the other Gospel writers omit (like turning water into wine at Cana) and omits other things that were included by other Gospel writers.  For example, all 4 Gospel writers,  in some manner, shape or form, point out that Jesus was fully aware of what was awaiting him – His betrayal, His arrest, His abandonment, torture, and ultimately death in one of the most grotesque manners of all times.  Yet, unlike the other Gospels which depict Jesus entering the Garden of Gethsemane, where He agonizingly prays with God the Father that “this cup would pass away” – sweating blood, his anxiety was so deep and real… In today’s Gospel, we have John’s equivalent of the Agony in the Garden – and it didn’t sound too agonizing.  Jesus knows what’s happening and why it’s happening. The most we hear of his distress is being “troubled”, which he quickly dismisses and moves forward. Just as quickly, the voice of God the Father is heard, reaffirming that He has glorified and will glorify Jesus again.

That can leave us with the impression that things somehow became easy for Jesus because He knew He was fully God.  That the Passion, the Cross that He knows is coming towards Him – and knows deep in His heart that will result in the most ultimate of glorification of being “lifted up” on the cross that would save the entire world. Quite poetically, Jesus tells us, “I will draw everyone to myself.”  It is easy to assume that hearing the words of the loving Father reassured Jesus that things would somehow improve for him.

Just because Jesus has that knowledge and awareness; just because Jesus knows this was the Father’s most perfect plan for reversing humanity’s imperfections doesn’t mean it was any easier for Him to endure what He had to endure.  We hear this confident, glorious prelude to the Passion as a formative foundation to encountering, embracing and taking up the Cross.  This Gospel episode was done for Jesus’ first listeners as well as for all of us 2000 years later: to not lose hope in the sight of the Cross; to not give into despair when Jesus is consumed on it. To not crumble in fear and uncertainty at the seeming finality of what happens to Jesus. 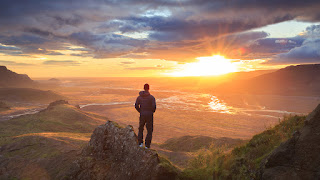 We begin to realize, even more so during the last two weeks of Lent, that God the Father promises to glorify us when we embrace the cross and trust His decisions.  It’s difficult to take an honest look at the sinful areas of our lives, do a thorough examination of our dormant conscience and open up our hearts to the Lord as we enter the confessional.  It’s hard to confront the ways my ego likes to go about things, the way my self-centeredness hurts others.  It’s risky to be vulnerable and offer ourselves in service to those who are unable or unwilling to do for themselves.  Christianity is hard.  And it’s true; the world around us seems less inclined to support the call of Christ to embrace these and other crosses. To see that glory does come and will come -when we do.

Yet, we who are here, are blessed enough to know the everlasting truth of this Gospel message despite how hard it is.  We know that waiting patiently for the Lord to make all things new is something that our quick fix world is rarely able to do.  But after the Passion, after the Cross, Jesus’ glory, His resurrection, His plan of making all things new await those who have the patience to trust in His love for us.  And so, we too are inspired to remind ourselves – “never run when you’re right.”