Latest News
Home /Blog/“JUST TRUST ME” – God
Hi everyone, here’s my homily for the SECOND SUNDAY OF LENT – FEBRUARY 25, 2018 – The readings for today’s Mass can be found at:  http://usccb.org/bible/readings/022518.cfm.  Thanks as always for reading, for sharing this on Facebook, Twitter, reddit and other social media and for your feedback and comments.  Hope you have a great week!  God Bless – Fr Jim 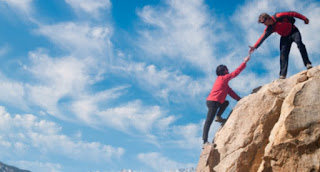 When was the last time you had someone say to you “Just Trust Me” for something… when your doubts, suspicions, and worries were really doing a number on you?  To the point that you just couldn’t see a way forward, not knowing how this situation was going to pan out or you weren’t even sure if there would be an answer or a solution – yet, someone was emphatically trying to encourage you to keep going, not give into despair, not lose hope, to keep trying, and keep believing, no matter what. Even to the point of pleading with you that to keep the faith- that if you couldn’t trust yourself, then to trust them:  Just trust Me.   For example:
-My brother and sister in law try reasoning with my nieces as they navigated everything from being scared about going to school to getting on a bicycle or surfboarding for the first time and just hearing/seeing them in a myriad ways – “you can do it, just trust me” and how often that made the difference for them in conquering some imaginary yet seemingly insurmountable barrier facing them.
– Remembering stories from one of my oldest friends of going through Boot Camp to become a Marine and tackle all the seemingly impossible challenges as part of the 12 week process, but how fellow recruits and even their drill instructors was able to help him get through the mental block in their own unique way and say you can do it… just trust me – how that ultimately made the difference for him…
– Having a friend who was given some incredibly bleak news by one doctor, being encouraged to go to another, to try something else, and finally finding that someone else who affirmed yes you will die – we all will one day – but not because of this and not when that other doctor told you would – just trust me…   Which happily was very spot on.
Being able to trust someone else…
someone who was worthy of that trust…
someone who saw beyond whatever it was that was limiting them…
someone who saw some new potential and hidden possibilities…
made all the difference… These moments of encounter transformed their very lives.
There’s so much going on in these readings tonight that it can almost be a bit of an overload.  We have this first reading, with Abraham being ordered to sacrifice his only son, Isaac by God -then in the Gospel, we have Jesus’ transfiguration on the mountain before Peter, James and John… If you’re like me it’s easy to get lost in a bunch of questions and complications that can arise from these scriptures… to go in different directions (and in some cases, distract us as well).    But this one thought that kept coming back repeatedly over both of these which really became a source of reflection as I was praying with these texts was: How much do I trust God?

Of course, at an intellectual level (which can also be at a superficial level if I’m not honest with myself) I can say “of course I trust God… I mean I’m a priest… it’s supposed to be part of my gig, right?”  And there’s truth to that.  But I know how often I still wrestle with the devil – with fears, doubts, temptations… areas where, in all honesty, I know my trust in God, my faith in Him can waver, or become a bit weaker….   things that limit me or even undermine my calling; my vocation to not just be a priest, but to be a Christian who walks the talk.  That was the reality that came to light the more I dug into these scriptures.  Because in so many ways, there’s good enough reason for those closest to God, closest to Jesus to doubt in these scriptures… yet He keeps inviting them to this deeper trust in Him and His ways.  Just think about it:

We have to remember that Abraham was a 100 years old… his wife Sarah was 90 when God had promised them that the thing that they had longed for, the thing that had been missing from their marriage and their lives – a child – was finally going to become a reality.  They both laugh at the thought of this… How can this be – it doesn’t make sense?   Yet, God says, trust me.
Fast forward to today’s reading from Genesis.  Isaac, who God Himself acknowledges is Abraham and Sarah’s “beloved son”, tells Abraham to give him back to God (sacrifice Isaac).  How can this be – it doesn’t make sense… Yet, God says just trust me…
Then the Gospel, again we have to back up first…  A few days before the transfiguration (today’s Gospel reading), Jesus  told the disciples for the first time… that He would suffer greatly, be rejected by the elders, the chief priests and the scribes; that He would be killed and rise again after three days.  That thing just didn’t make sense to Peter…who argues with Jesus that he will not let that happen… Peter will not let the Master they’ve witnessed feed thousands with a few fish and loaves, the one who had just healed a blind man… the one they’d left everything behind to follow; they won’t let him suffer and die.  However, Jesus affirms, “Get behind me Satan” to that line of thinking – because it conflicts with God’s plan.  How can this be – it doesn’t make sense… Yet, God says just trust me…
In today’s Gospel, which is a few days later, and we hear of this incredible experience: Jesus’ transfiguration… His appearance changes where two men who’d been dead a long time and were two of the greatest figures from the Old Testament, Moses and Elijah, appear and are witnessed to be speaking with Jesus…  Oh, the voice of God the Father is heard as well: “This is my beloved son.  Listen to Him.”   As Peter, James and John run through all sorts of emotions – joy, excitement, wonder, terror… and confusion as Jesus kind of reminds them of His earlier prediction about His passion:   Jesus tells them they are not to say anything about what they’ve just experienced, except when the Son of Man would arise from the dead.   Those last words in this Gospel just stand out for me.  After all they experienced, we read: …so they kept the matter to themselves, questioning what rising from the dead meant.     How can this be… it doesn’t make sense to them — people don’t rise from the dead… and yet, God says just trust me.
Because we’re all on the other side of these stories, they kind of relegate to the background narrative we know or have heard of.  We can look at Abraham, Isaac and Sarah, or Peter, James and John as mere biblical heroes, missing that space between that characterization  and the other part of their stories – stories of being human and very relatable to us and our own lives.  And how that gap is filled when each of them was able to move past their fears and doubts, their own plans, to come face to face with God’s invitations, His plans and ultimately had to trust Him…and how when they did, He surpasses their humblest of expectations, their wildest imaginations. 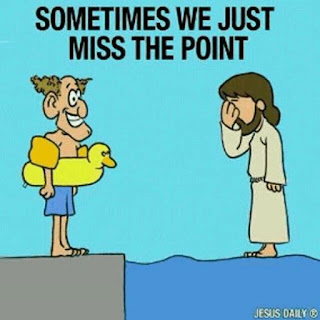 I think that’s one of the reasons why we’re given these readings on this second Sunday of Lent.  Here we’ve set out on this 40 day spiritual journey to delve deeper in our relationship with the Lord.  To see all the areas that need renewal… repenting of my sins that have hurt others, hurt myself, and in some way, turned me away from God.   To be open to hearing anew how God loves each and every one of us unconditionally… That he looks at each of us as His beloved Son and Daughter (just sit with that thought for a moment… thanks to Jesus Christ, these words from God the Father are true for each of us… the voice from the sky calls out and looks at each of us and says ‘This is my beloved Son… This is my beloved Daughter…”) How awesome is that? How wonderful and reassuring is the thought that all of us are His beloved sons and daughters that He wants to hug warmly and touch our lives like a loving father.  It’s also very comforting to know that God our Father has a call, a special plan for each and every one of us.

No matter our age, our difficult pasts, our seeming endless weaknesses that we can probably itemize in amazing detail (it’s amazing how helpful the devil can be in assisting us in this area) In very personal, specific ways –
God is calling out to each of us
– to love and care for one another, especially those we hate, despise or dislike – more selflessly;
– to sacrifice our comforts and convenience to help someone who has no way of repaying us
– to be open to the difficult task of forgiving those who have hurt us beyond measure
– to discover what things have become “gods” in my life,  how they have led me astray and how to excise them from my life
– to desire to know, to love Him more deeply… to grow in a deeper relationship with Jesus Christ through His word (in scripture); through the Sacraments He left us; through our prayer.
The more we pursue these things in ways that begins making sense to us personally (who’s coming to your mind right now that you just know God is putting on your heart to forgive?  What is that specific situation where you’re being asked to put someone ahead of yourself? Be honest with these questions and answers, because there’s a reason why He’s placing them into your heart right away) The more we start to ask ourselves each of those things, the more we see how God is inviting us to make this Lent different.   Too often Lent becomes some inconsequential spiritual endurance contest (I think back to a few years ago when I gave up all coffee for 40 days but whined about it so much that whatever graces that could’ve been gained were lost) – When what the Lord really desires is for this to be a time of eternity-defining transformation.  Where God truly moves us, through us and within us.
As we go deeper in our own hearts to consider the different things that He might want us to confront, the ways we might be looking at substantial change that seems impossible to consider; the invitations He offers that we’ve dodged for so long as we keep asking “but, how can this be” the God who is always faithful says just trust me…